Although the historical genre with Yaoi manga isn’t prevalent, there is still a good amount of historical bl manga waiting to be read. Yet again, Mangakas prove that no combination of genres shall be left unexplored. Therefore, calling upon your love for Yaoi, today we bring you a list of the top 10 best historical bl manga ranked and discussed.

10) Machigitsune to Hito no Ko- 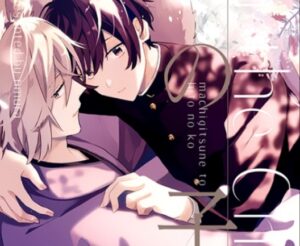 Set in the Taishou era, the manga focuses on a young student, Kiyo Fukasaku, who moves to Tokyo to study at Imperial University. Kiyo’s life takes a turn when he runs into a young man, Ozaki, who offers him a place to stay instead of taking care of the household chores.

With nowhere to go in the bustling city of Tokyo, Kiyo agrees, and they begin living together.

The plot twits here comes when Kiyo finds out that Ozaki is a kitsune spirit who seems to recognize him due to the Fukasaku family’s debt to him. The manga narrates how these two characters fall in love, overcoming all the mortal obstacles. The manga is short with no dull moments and is worth reading.

Set in the Edo period, the manga focuses on a young, kind, and beautiful boy, Tenji, who loves pretty things such as hairpins. He happens to run into his favorite hairpin artist, Shunsuke.

They both roam around in the vibrant and bustling market. Tenji’s dream coming true makes him follow Shunsuke to his house when offered.

The plot twist here is that Shunsuke has mistaken Tenji to be a woman all this while. With that in mind, Shunsuke makes a move on him, resulting in the revelation of Tenji’s gender.

Shunsuke is written as a very sensual character with simple logic-he welcomes everyone that comes to his house and doesn’t bother with those that leave.

The manga explores a relationship between two confused men who give in to their bewitching desire for each other. The scenario is quite realistically and beautifully portrayed in this short manga. 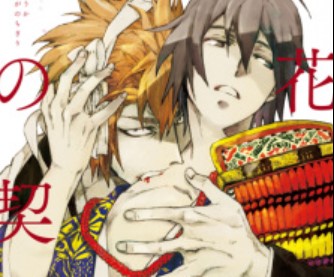 Set in the Jishou era, this manga narrates three beautiful stories of love and war. The first story describes the scandalous relationship between an exiled priest and his young disciple.

The second story narrates a cut-throat rivalry and war between two clans. The main leads of this story are Minamoto no Yoshitsune and his loyal retainer, Benkei, who try to keep their forbidden love alive in all the chaos.

Lastly, the third story explores a relationship between a musician from a noble family and a monk who serves that noble family. Each story in this manga is so heart-touching and tragic in its own way. Ouka Toga no Chigiri is a short, impactful, historically dense, and beautiful manga.

This manga focuses on a forbidden romance between a noble beast and a human being. The story begins when a young samurai encounters a mysterious and sad noble beast in a forest.

They both are equally intrigued by each other. As a result, they slowly find comfort in each other, which leads to a beautiful yet forbidden relationship. The art style is stunning and intricated. The storyline is short and compact- a historical bl manga worth mentioning on our list. 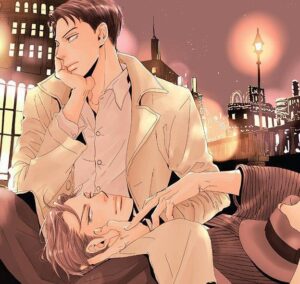 Set in the Showa era, the story explores a bond between two childhood best friends, Aoi and Takahiko, who end up meeting again after years. Aoi has always longed for his best friend, wondering if he’s even alive.

His longing turns from concern to rage when Takahiko finally shows up one day. The two of them reminisce about their past and eventually fall for each other.

What makes Ginza Neon Paradise worthy as one of the best historical bl manga is how well the relationship between the two characters is written. The art style is gorgeous as well. 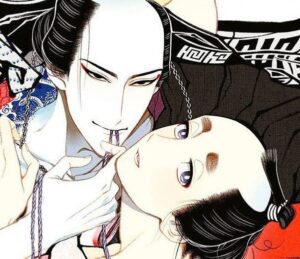 Set in the Edo period, this manga focuses on a story of pure desire and a mature relationship between a former male prostitute, Momoki, and a young man, Manji. The two encounter each other in the bustling market one rainy day. They immediately catch each other’s attention.

Eventually, Manji picks up Momoki, and the two become inseparable. They both love each other passionately, leaving behind their tragic past. The manga is beautifully illustrated, and the characters are perfectly designed, showcasing the traditional Edo period look. 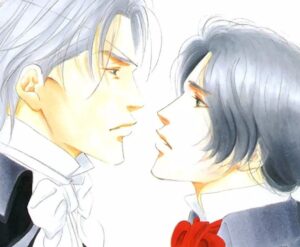 Set during the French Revolution, the story begins when Gerard, a nobleman, visits a brothel where he meets Jacques, a young noble sold into prostitution.

After some time, they meet again when Jacques happens to be hired as Gerard’s houseboy. Therefore, so begins their love-hate relationship where Jacques is determined to make his life on his own, and Gerard surprisingly can’t help show him kindness, despite his hatred for nobles.

This manga shows how the two characters manage to fall in love with each other regardless of the boundaries and their polar opposite personalities. 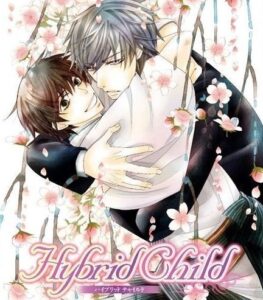 Hybrid Child is one of the best historical bl manga with a unique concept. The concept is based on a hybrid child, a toy/artificial human that can adapt abilities humanly depending on its owner. The more they’re nurtured and loved by their owners, the better they develop.

The story focuses on Kotarou Izumi and his hybrid child, Hazuki. Kotarou has loved Hazuki his entire life, and he’s the only thing that matters to him the most. However, their contented life takes an unfortunate turn when Hazuki suddenly collapses.

The manga narrates Kotarou’s agony and desperation to bring the love of his life back and alive. It tells us a tragic love story of two unfortunate characters through an evocative storyline that will leave you teary-eyed. This manga is worthy of stealing the third place on our list. 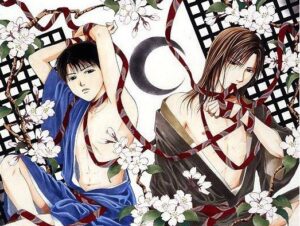 Sakura-gari is one of the best historical bl manga in all terms. The plot is excellently narrated with twisted and complex characters.

Unlike most bl manga, Sakura-gari is not only about the romance between two characters. It throws light on the harsh reality of the hierarchical system of noble households during the Taishou era.

The main leads are Tagami Masataka, a 16-year-old boy, and Saiki Souma, the young son of the noble Saiki Koushyaku family. The two meet when Tagami becomes a part of the Saiki household as a rounin to begin his career. Then begins their romantic yet twisted relationship. 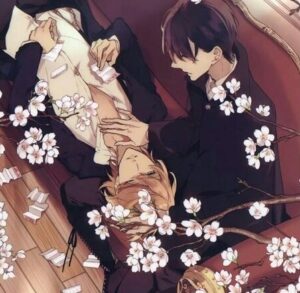 Hana no Miyako de wins first place on our list due to its ironclad storytelling and melancholic romance settings. The story narrates the bittersweet relationship between two characters of different social statuses, Motoharu Tsujimura and Akira Hazumi. Despite their different lives, Motoharu and Akira have been childhood friends.

Their perfect world is shaken up when Motoharu confesses his love to Akira and gets rejected. As a result, Motoharu follows Akira to the university where he chooses, hoping to make someday him fall in love with him.

The manga is short yet so impactful that it leaves you heartbroken somehow. The theme and art style of this manga is flawless and extremely pretty. If you haven’t read this historical bl manga, we recommend you do, for it will be one of the best manga you’ve ever read.

We hope our list was satisfactory. We will be back with more such articles where we rank and discuss manga covering various other genres. Until then, stay tuned and happy reading!