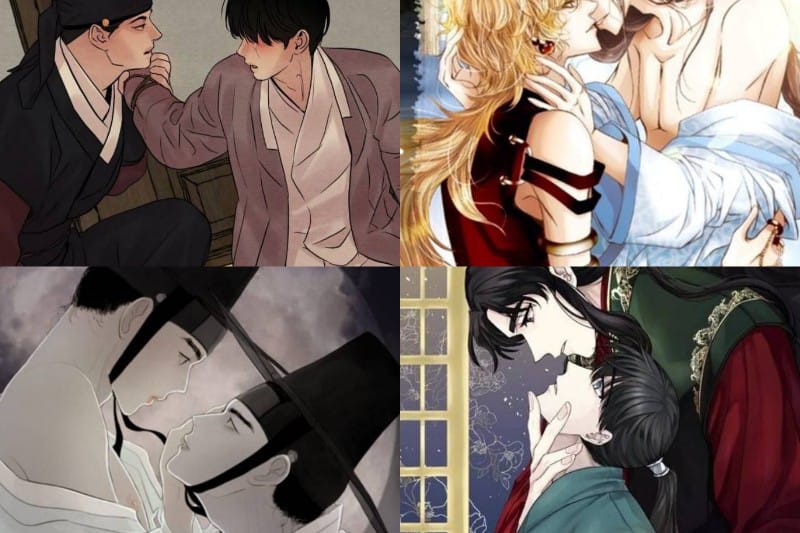 We are here to bless your fujoshi/fudanshi heart today or give you one if you don’t have it already. With the Boys Love genre gaining its well-deserved popularity, there are many unique and exceptionally well-executed manhwa. Therefore, we bring you a list of the top 10 best historical bl manhwa ranked and discussed below. Let’s have a look! 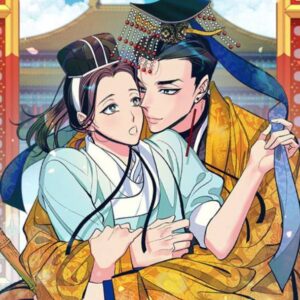 Set in the Joseon era, this bl manhwa narrates the story of Emperor Yi Yeon, a fierce and politically brilliant young ruler. Yi Yeon is so particular about cleanliness in his palace that he over-works his servants to a point they faint. As a solution, a young servant, Yoo Yak-woo, is called upon.

Yak-woo enjoys and is so dedicated to cleaning that he has been nicknamed “the cleaning demon.” The hilarious and grin-worthy twist here is that Yok-woo’s fresh face and fantastic body immediately catch the young Emperor’s eyes. The manhwa unfolds their hilarious relationship as they grow fond of each other and eventually fall in love.

Shameless has a stunning and intricate art style that will surely please your eyes. The characters are full of personalities and compliment the story satisfyingly. You shall brace your stomachs for this is one of the most hilarious and best historical manhwa you will ever read, hence rightfully making it to our list.

9) Flower under the Lantern 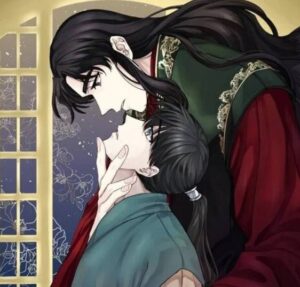 This manhwa focuses on a young boy’s life after his clan is massacred, having been falsely accused of treason. Baek Soho is the sole survivor of his clan; as a result, he is sold to the Imperial palace to serve the emperor. However, Soho’s cold and lonely days come to an end when young prince Jugyul enters the plot. Jugyul ironically showers Soho with kindness.

Having been shown kindness is a rare occurrence in Soho’s life. He can’t help but admire and eventually develop feelings for prince Jugyul. The matter is if love could indeed exist in a political and cruel palace, or perhaps it is just some scheme of the royals.

Flower under the Lantern is one of the best historical bl manhwa that explores how love can blossom even in the harshest of the situation between two broken characters. The manhwa has a beautiful art style and is filled with heartwarming moments, making it worthy of being included on our list.

8) Where the Dragon’s Rain Falls 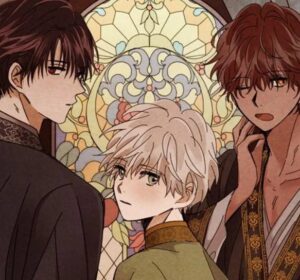 Set in a fictional historical period, the story begins in the kingdom of Rahan, where legends about the Dragon’s rain exist. Only a birth of a dragon shall bring prosperity and rain to the desert-covered kingdom.

After millennia, a new dragon is finally born but takes the form of a young boy, Saharah. Saharah is then hidden away to be protected and raised by the crown prince Hwaryun.

What stirs up the monotony of Saharah’s life is when a lowly servant, Suu is caught trying to elope the palace. But he, unfortunately, ends up at the chambers of Saharah, discovering the secret existence of the legendary dragon.

He is then appointed as his personal nanny and mistress by prince Hwaryun. What comes next is filled with complicated scenarios, scheming, and betrayal, all wrapped under their obsession and desire for each other.

Where the Dragon’s Rain Falls explores a unique and complicated relationship between three characters which shows many different aspects of love, desire, and human nature, therefore, the seventh place on our list goes to this manhwa.

7) Where the Wind Stays 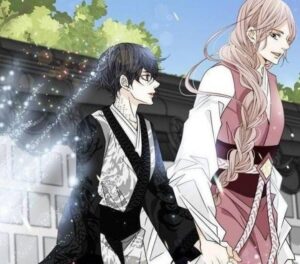 This manhwa narrates a painfully beautiful relationship between an executioner and his executee. The plot starts with angst right off the bat, where a cursed prince Tasara is destined to be sacrificed in death. On the other hand, a young palace servant, Nara, is assigned a mission to execute him.

The plot becomes tragic when Nara develops a soft spot for the cursed prince. However, his commitment to the mission keeps him reluctant.

The manhwa features a beautiful art style and focuses on two characters keeping their forbidden love alive throughout the harsh and tragic turn of events. The plot is slowly placed but keeps you hooked, making it a manhwa worthy of being included in our list.

6) To Take an Enemy’s Heart 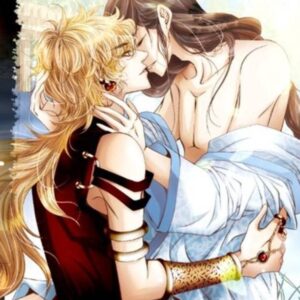 This manhwa features a young and naïve boy, Kassan, who is brought back as a trophy slave. Master Igen, a twisted ruler, ruthlessly slaughtered Kassan’s clan. Kassan, growing up in captivity as a servant, falls for the handsome Master Igen.

The irony here is that Kassan has ignorantly fallen for the very person who slaughtered his entire clan. The situation is complicated when Kassan’s brother is revealed to have survived and seeks vengeance.

The manhwa has an impactful start and a beautiful end with no dull moments. The characters are layered and well-written, and sketched in an exquisite art style. To Take an Enemy’s Heart is undoubtedly one of the best historical bl manhwa and fifth on our list. 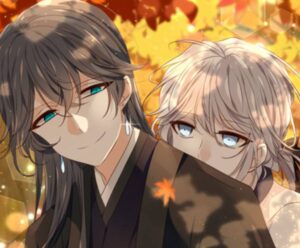 Set against an eastern historical backdrop, this manhwa is romantically rich and one of the best historical bl manhwa to feature a unique art style. The story begins when an exiled crown prince, Jigyo, with his bodyguard, Dangeum, takes shelter in a peaceful village. Dangeum, being a dedicated and loyal bodyguard, protects Jigyo from the shadows.

Over time, Jigyo grows lonely and pushes Dangeum to be more present with him as it’s just two of them in an unknown village. The two grow closer while also harboring shocking secrets that unveil as the story progresses.

The manhwa features a blossoming relationship between two characters that are entangled with cruel politics and secrets around them. The plot is filled with many heartfelt moments that are sure to make one teary-eyed. 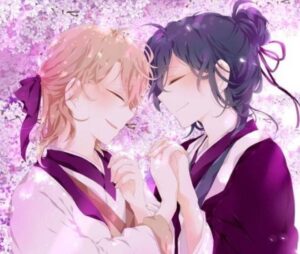 Go Jin and Gam-rae is another one of the best historical bl manhwa to feature a gorgeous art style. The story begins when a traveling musician’s troupe arrives at a peculiar village for a performance. To their surprise, all of their instruments are destroyed overnight.

Determined to find the culprit, Go Jin ends up suspecting the Taoist master of the village, Gam-rae. Known for possessing supernatural abilities, Gam-rae is often suspected of everything that happens in the village. Taking an interest in him, Go Jin soon discovers that there’s much more to Gam-rae than he shows.

This manhwa features a beautiful and mature romance between two adults who find comfort in each other. The character development and plot twists are top-notch. Therefore, this is manhwa worthy to be included on our list. 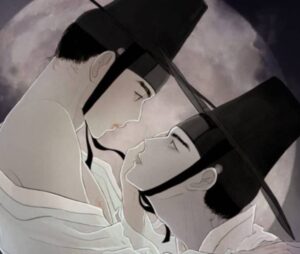 Haunted by Desire is by far one the best historical bl manhwa with a unique concept on our list. The main protagonist, Jo Seong-jae, is so consumed by his love for his friend, Hong Dohui, that he has been secretly spending nights with a ghost who looks just like him.

As a result, Seong-Jae’s health worsens, and there seems to be no cure. However, Dohui, a good friend, is determined to cure him as he has secrets. Both the main leads harbor secrets of their own which unveil as the jaw-dropping plot twists in the manhwa.

2) Beauty and the Brawn 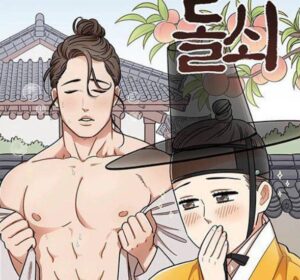 This manhwa features a nobleman, Haeun, who has fallen for his extremely handsome yet clueless manservant, Dullseh. Haeun couldn’t be happier as Dullseh has a gorgeous body, straight out of all the gay erotica that he’s obsessed with.

Dropping everything behind, Haeun is determined to bring him into his bed-chamber and hopefully win his heart someday.

The plot is so well-written that you wouldn’t want to stop reading. This manhwa focuses heavily on romance and comedy, which will leave you rolling on the floor. With a perfect blend of comedy, romance, and lovely moments, Beauty and Brawn deserve all the right to steal the second place on our list.

1) Painter of the Night 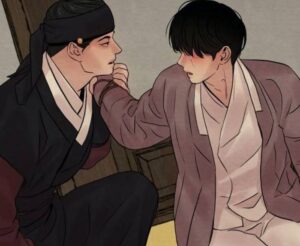 The plot explores a complicated relationship between two deeply scarred characters as they fall in love with each other determined to make things right together. The story is well-written with amazingly complex characters with a dense historical setting. Painter of Night, therefore, wins first place on our list.

With that, our list comes to an end. We shall be back with more such articles where we rank and discuss various manhwa/manhua, manga, and anime. Stay tuned and happy reading!