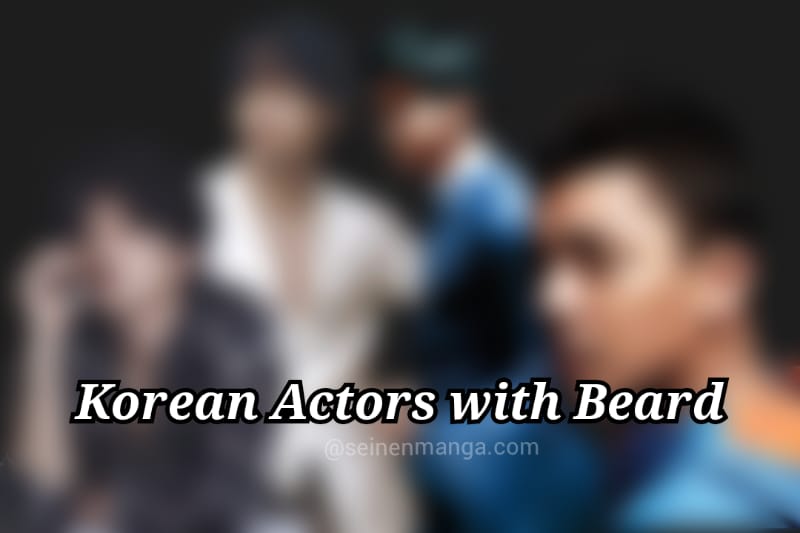 While having facial hair might not be mainstream in certain Asian countries like South Korea, it surely does not mean that they cannot pull it off. With sharp features, a manly physique, and a face that can put these together and make it work, we have these Handsome Korean actors raising the standards for all of us.

So, without further ado, let’s see the Top 15 Handsome Korean Actors with Beard.

Kim Nam-Gil is a Korean actor, director & producer, and gained popularity after participating in the drama Queen Seondeok (2009). Alongside his good looks & talent, he is also a philanthropist and is the Founder of an NGO focused on preserving cultural heritage.

Known for playing diverse roles in various films and shows, Yoo Ah-In has made name for himself internationally. He has won several awards including eight Best Actors, three Best New Actors, two Bonsang as well as the Asia Star of the Year.

Standing at 6 ft 2, Cha Seung-won started his career as a model. He soon found his way into the acting industry and gained popularity through hit comedy films. He has not only received multiple Best Actor awards but also the Style Icon and Best Dressed Awards throughout the years.

His rap career under the stage name “TJ” might have been brief, but Jang Hyuk’s acting career was definitely not. Starting off in 2001, he has worked in several hit films and is often spotted rocking a beard both on & off the screen.

Mostly appearing in theater shows & movies, this Korean actor is extremely popular in his home country. Maintaining a sharp clean bearded look off-screen, Kim Joo-Hun is definitely one of the most handsome actors on this list.

Making his acting debut rather recently during the late 2000s, Kim Ji-Soo gained fame and popularity in no time. Despite keeping a clean shave on-camera, the young Korean actor maintains a light beard in real life & even proudly posed for the cover of 1st Look Magazine showing it off.

Park Hee-Soon is one of the South Korean actors who has maintained a handsome and ragged bearded look both on & off camera. He has been active since the early 2000s and won many awards for his roles in films like Seven Days.

Starting off as a model, Soo-bin caught the eye of a Hong Kong film director and got into Beijing Film School. Debuting as an actor in 2002, Soo-Bin quickly gained attention and eventually won several awards including the Popularity Award and Top 10 Stars Award.

Having to constantly play roles of high schoolers due to his youthful look, Jo Byeong-kyu revealed how often he has to wax or shave his facial hair off. However, the Korean actor’s Instagram is filled with pictures of him looking absolutely stunning in his beard when off-screen.

Receiving international recognition for his role in Crash Landing On You, Hyun Bin started his acting career in 2003. Since then, he has established himself as one of the top Hallyu stars and is currently one of the most paid and influential South Korean actors.

Popularly known for playing some of the most memorable supporting roles, Han Jung Soo has played roles that show his macho physique. He is regarded as one of the most handsome Korean Actors who can pull off long hair and a beard really well.

Starting off as an Environmental Engineering student, Lee Jin-Wook dropped out and pursued acting, finally making his debut in 2000. He gained popularity as a Korean-wave star after his role as the second lead in the series Air City (2007).

Going internationally viral in 2021 for his role in Squid Game, Gong Yoo has been in this industry for more than two decades. He has acted in various hit dramas and received multiple awards for his acting. He is also one of the Korean actors who has maintained a light beard both on & off the screen.

Described as one of South Korea’s most sought-after actor and singer, Choi Si-won is a songwriter, model, and a member of the boy group Super Junior. He is a brand representative for Audi Korea, as well as the youngest Asian model for Piaget.

From an innocent boyish look to a manly ragged one, Byun Yo-Han is making headlines and is one of the hottest Korean actors with a beard. He has worked in many series and films and won awards for his work including Best Actor.

With that, we have come to the end of the list & we hope that they made you change your view on Asian men with beards positively because they surely did that for me. Beard or no Beard, these men are extremely talented and passionate in their work, so do not forget to check out their work.

Until next time then!