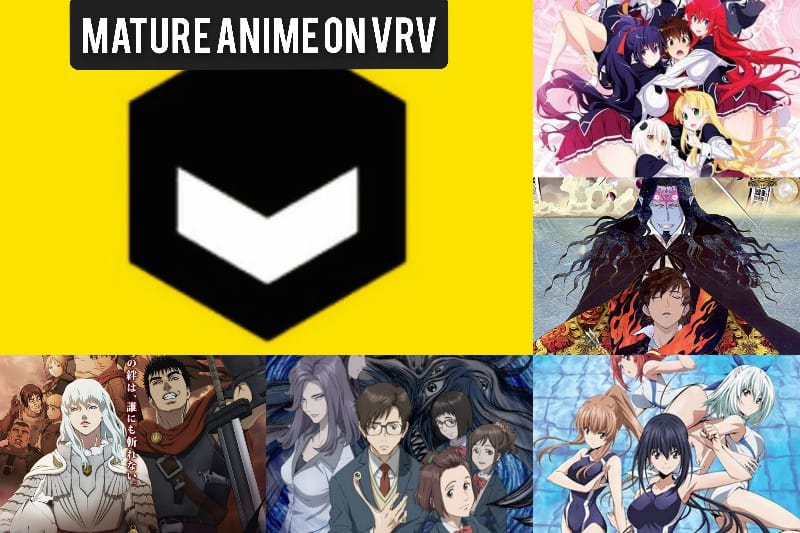 We are back with another ranking post, and this time our focused genre is Mature anime. Also, as described in the title, “Top 10+ Mature Anime on VRV 2023,” our scope is only on VRV availability.

What is Mature Anime?

Mature anime, also called adult anime, are the anime for 18+ audience. Anime has grown more popular, hence there have been many changes to the genre.

One significant difference is that anime now includes anime for aged audience. The idea of mature anime might seem weird because it’s so different from what you’ve seen in the popular ones like One Piece, Naruto, DBZ, etc.

Mature anime basically consists Seinen demographic. However, even Mature anime has its own sub-genre. In short, 18+ not only means adult romance but also comprises brutality, blood, lust etc.

Therefore, this article will show you some of the best mature anime with all targeted sub-genres currently on air and give you some tips on watching them responsibly on VRV. So, let’s begin the list. 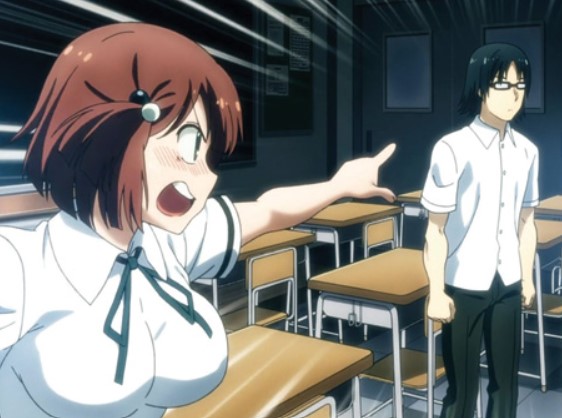 Taboo Tattoo is an action anime with supernatural martial arts and Seinen demographic in it. A boy named, Seigi is good at martial arts and loves to protect people around him. One day, he helps a homeless guy from the punks, and in return, that man gives him a strange tattoo on his palm.

Later on, he discovers that the palm tattoo has some mysterious powers that can produce secret weapons. His survival journey begins when a powerful girl uses the same skill against him where his martial arts knowledge is not enough to save him. Now, he has to learn the magic of a strange tattoo to survive. 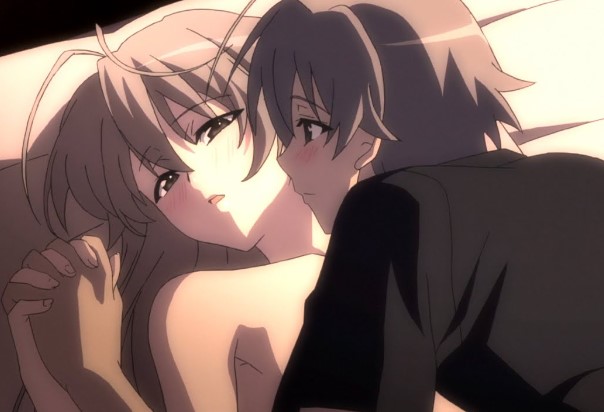 Yosuga no Sora: In Solitude, Where We Are Least Alone is one of the most loved mature anime on VRV. However, it’s only available for premium members and categorizes under the mature section of VRV.

The anime has romance and drama along with the ecchi genre. It is a story of twins Haruka and Sora Kasugano, who lost their parents in a car accident. Now they have decided to move countryside where they used to live with their grandparents.

Starting their new life along with their childhood friends, Nao Yorihime and Akira Amatsume, their relationship is more than just friends and siblings. 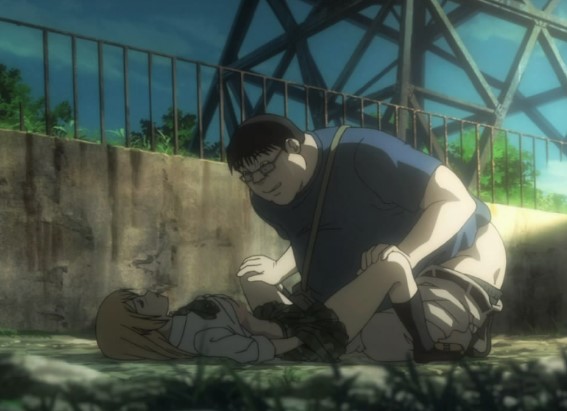 Another action sci-fi anime with a Seinen demographic is Btooom. It is must-watch anime if you like battle royal.

The story revolves around a 22 years old unemployed man, Ryouta Sakamoto, who lives with his mother and spends his time playing games. His only achievement is being Japan’s top player in the popular online video game Btooom!

However, his life changes when he suddenly teleports to an island where he has to play Btooom in reality.

All the spawn players have crystals embedded in their hands, and the one who collects seven green crystals by eliminating the players can return home. In this survival gaming journey, he teams up with Himiko. 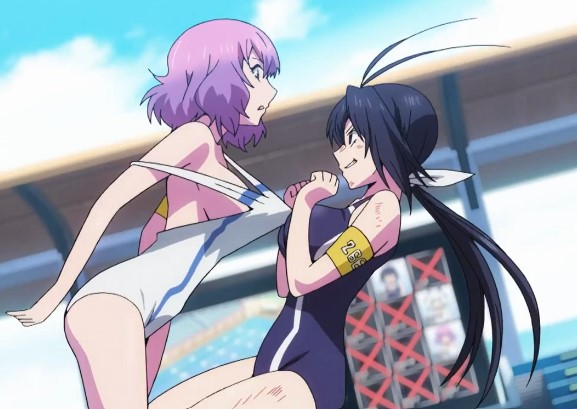 It’s a sports anime with a bit of comedy in it. It has a Shounen demographic, but truly speaking, you are going to love this anime. I suggest you watch its trailer first; then, you’ll definitely add it to your bucket list.

In the anime, Keijo is basically Japan’s latest competitive sport where only females can participate. The basic rule of the sport is to knock off opponents. And the winner will be granted a pool of money.

Nozomi Kaminashi, a 17-year-old girl, decides to join this game in the hope of helping her poor family. Being a gymnastic from an early age, she gets an advantage against her opponents. In her debut, she steals the spotlight, and now she has to face the professional players of this game. 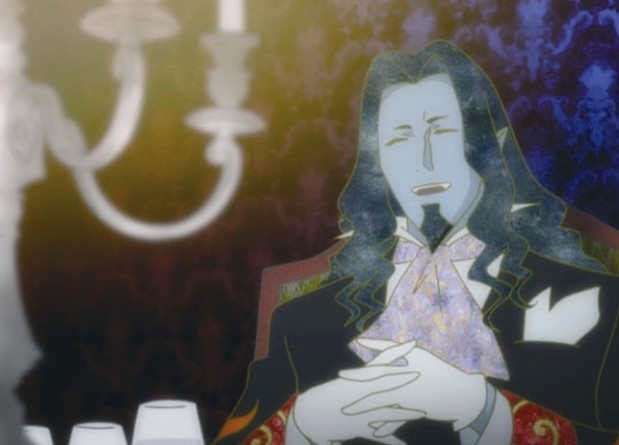 If you like some supernatural sci-fi mature anime, then Gankutsuou is best for you. It is a story of the year 5053 where the protagonist, French aristocrats Viscount Albert de Morcerf and Baron Franz d’Epinay, attend the Carnival Festival on the moon city of Luna.

During the carnival, Franz befriends the Count of Monte Cristo and introduces him to the French Society. However, the Count has something else in his mind. He comes to take revenge and unleash his vengeance on those who betrayed him in his younger days. 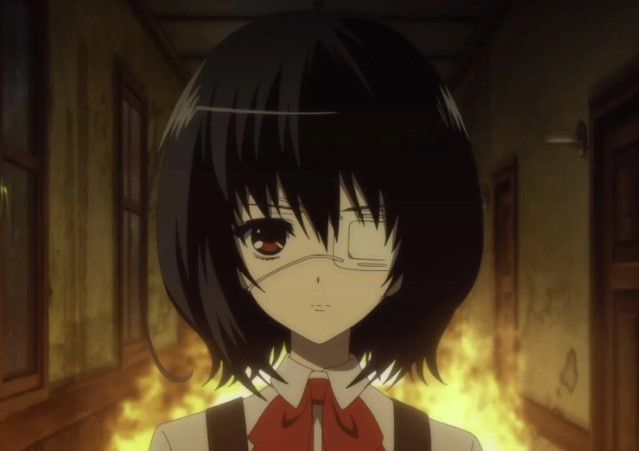 Another is the first horror mature anime on this list. Along with horror, it has a mystery and supernatural genre, which makes this anime to add in the must-watch list. It is a story of the 20th century where a girl named Misaki passed away in her school, “Yomiyama North Middle School.”

After this incident, the city has been covered by a fearful atmosphere. 26 years later, a boy named Kouichi Sakakibara transfers into the same class.

Soon, he discovers that a girl named Mei Masaki is sitting in his class wearing an eye patch. But the twist is, everyone reacts that she doesn’t exist. Therefore, he decides to unveil the truth behind this mystery. 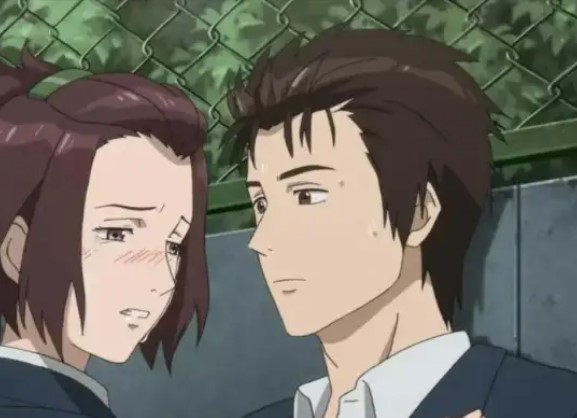 Parasyte is an anime with a lot of bloodshed in it. This Seinen anime is not for the weak people. Parasites are tennis ball-sized alien creatures who have invaded the Earth. The bloodthirsty creatures take over the human brain in order to survive.

The story revolves around a 16-year-old boy, Shinichi Izumi, who is living a normal life with his parents. One night a Parasite attacks him; however, due to his fast reaction, the Parasite fails to reach his brain and ultimately cease only his right arm.

Now both Parasite and Shinichi have independent minds, and they have no choice but to form a “human and alien” relationship. So, how will they survive in a world full of parasites?

4. The Testament of Sister New Devil 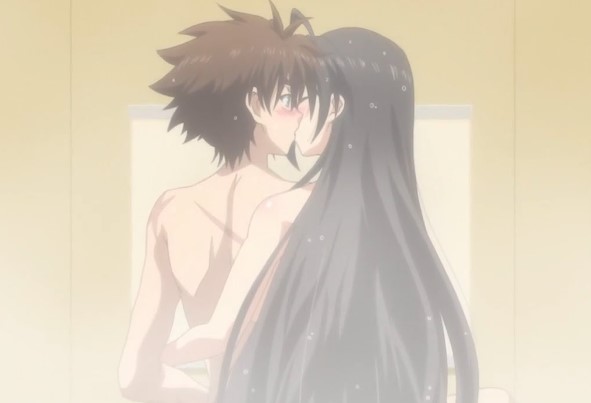 The Testament of Sister New Devil is an ecchi romance series. For many Otakus, it is one of the best anime if you like fantasy romance.

The normal life of Basara Toujou changes when his father suddenly brings two new beautiful girls as his siblings, Mio and Maria. However, these girls are not normal, Mio is the only daughter of the former Demon Lord, and Maria is her succubus servant.

However, the twist is Basara is also not an ordinary boy. He is a former member of the “Heroes” clan, and they are the sworn enemies of the demons. In the story, Basara decides to take care of her siblings/family even it means betraying the whole Heroes clan. 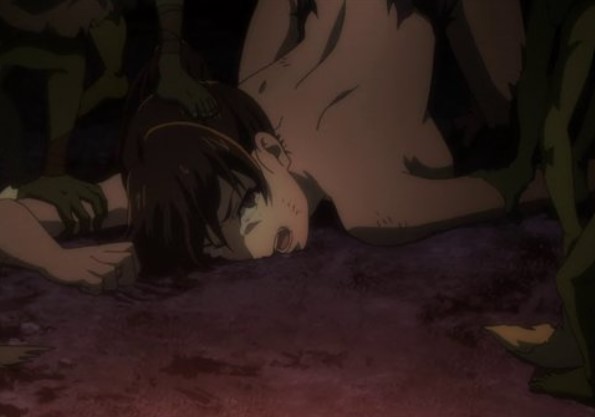 Goblin Slayer is one of the best action-adventure anime with a lot of viciousness in it. This anime is best for the Otakus, who like plots with Seinen demographics.

In a world where every species lives peacefully, the Goblins, who are the lowliest of monsters, cause their threat by kidnapping the females from the rural areas for breeding.

To eliminate Goblins, a 15-year-old priestess makes a team of rookies. Unprepared and inexperienced soon, they realize that they have made a big mistake by attacking the Goblin nest all by themselves.

Unexpectedly a Goblin Slayer appears to save them. He is an unaffiliated slayer who loves eliminating Goblins. 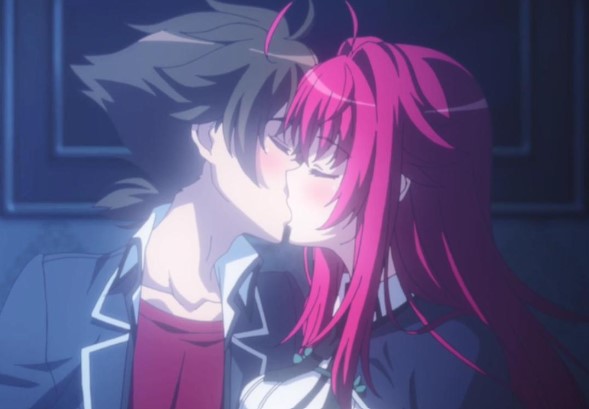 I’ve ranked High School DxD in 2nd position because it is one of my favorite Seinen romance anime available on VRV. I highly recommend you to watch this mature anime with a lot of action romance in it.

It is a story of a boy, Issei Hyoudou, who loves girls and always dreams about them. One day a beautiful girl asks him for a date, but things get changed when the girl reveals herself as an angel and slays him.

However, he gets revived by a demon girl, Rias Gremory, who binds him as a servant. Now his harem adventure life has begun with Rias Gremory, where he has to train in order to fight between angels and demons. 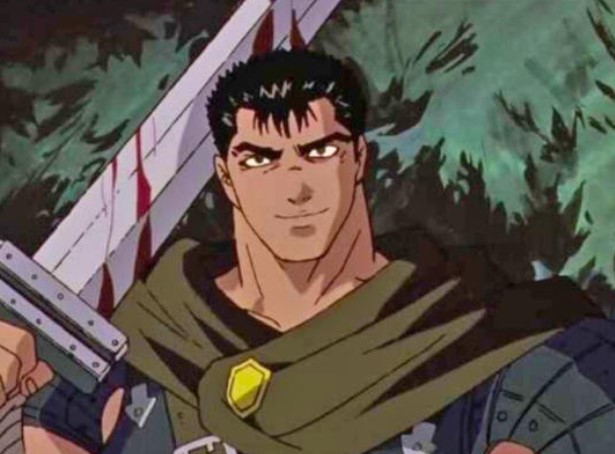 Berserk anime is known to everyone. The anime comprises action, adventure, fantasy, horror, supernatural, and all the other dark genres with the Seinen demographic. It’s a complete anime. We highly recommend you add it to your watch list.

Guts, a young mercenary whose life means survival. Every day and night, he travels and fights in various battles in order to grow. One day, he run-in with a Band of Hawks, a formidable troop of mercenaries, and befriends Griffith, “White Hawk,” the group leader.

For more power, Guts always fights at the front on the battlefield. Slowly by climbing ranks, one day, he even surpasses Griffith too. So now, how will his path change?

Here it concludes the ranking of the Top 10+ Mature Anime available on VRV 2023. Some of the anime has many series but not available on VRV, therefore in that case, kindly follow the official Crunchyroll website for binge-watching. We will be back with another list of best anime with official availability. Till then, stay hyped.