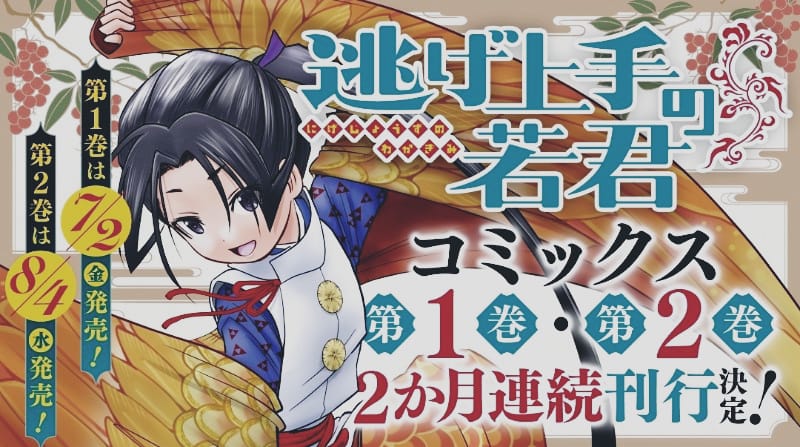 Recently, The Elusive Samurai official Twitter account posted that the series’ first two volumes will be published for two consecutive months. The release of Volume 1 is scheduled for July 2, 2021 (Friday), and Volume 2 is scheduled for the very next month, i.e., on August 4, 2021 (Wednesday). The comic received many voices from everyone asking to release for two consecutive months.

The Elusive Samurai is a weekly scheduled manga by Yusei Matsui (the creator of Assassination Classroom), which started this year on January 24. Since then, it has released 15 chapters so far digitally. As per Mangaplus, this series has achieved 18th position in the hottest manga list with an engagement of more than 45k.

The series displays the story between the Kamakura and Muromachi periods. A boy named, Hojo Tokiyuki, son of Shogunate, has the ability to run and hide. It is believed that no one can catch or find him in the hide and seek game. One day, the whole family got betrayed and massacred by Ashikaga Takauji, and the Shogunate is overthrown by him. The only survivor is the heir of the Kamakura family, Hojo Tokiyuki. Now the story begins that how his skill helps him survive and seek out his revenge.