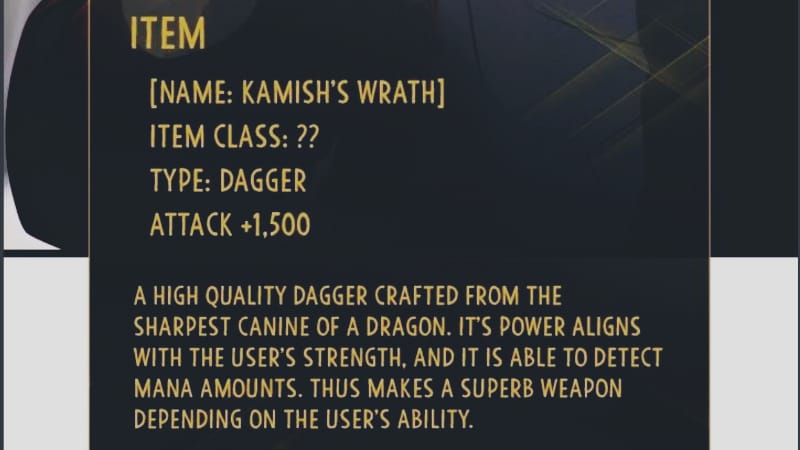 Recently, the Solo Leveling series showcased back-to-back unexpected incidents. First, the major news displayed all around the world that A-rank hunter, Woo Jin-Chul, has been nominated as the new chairman of the Korean Hunters Bureau. Second is the light waiting environment of Thomas Andre and Lennart Niermann at Ahjin Guild, only for hunter Sung Jin Woo.

The foremost news was the unveiling of the world’s strongest daggers which are molded from Kamish’s largest and sharpest canine tooth. This is a gift from Thomas Andre to hunter Sung Jin Woo in return for saving the lives of his guildmates. As mentioned by System, these daggers named Kamish’s Wrath and have +1500 attack points. Whereas hunter Sung Jin Woo’s old dagger, Demon King’s Dagger has only +220.

Thomas Andre also mentioned that even he strengthens his defenses with enhancement skills, these daggers can easily penetrate right through him. Only with these daggers’ power, hunter Sung Jin Woo’s power and ability got risen exponentially. It will be fantastic to witness the growth in Sung Jin Woo’s level after obtaining Kamish’s Wrath. The chapter ended with the opening of the enormous gate in the middle of the sky. Even the two strongest hunters got chills after the size of the gate. No one knows what kind of danger will appear from that gate.