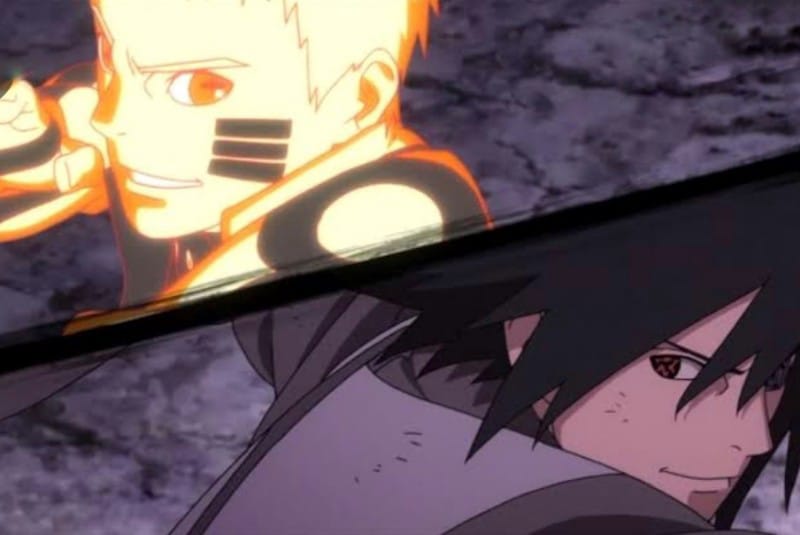 Boruto manga has recently gained too much popularity during the final fight between Naruto (in Baryon Mode) and Isshiki Otsutsuki. They both were the strongest characters of the series at that time.

During the fight, Sasuke mentioned they were so fast that even his Sharingan could not read their moves. The Boruto series has shown many fast characters.

However, now, the position of the old generations has been swapped by new ones like Code, Daemon, Eida, Boruto, and Kawaki. The series has taken a new turn in the plotline that slowly displays the power-ups in the new generation.

To keep this in mind, we have come up with a new post, i.e., “Top 10 fastest characters in Boruto.” Here we have mentioned even the deceased characters and listed all of them based on their peak potential. So, without any further ado, let’s begin the ranking. 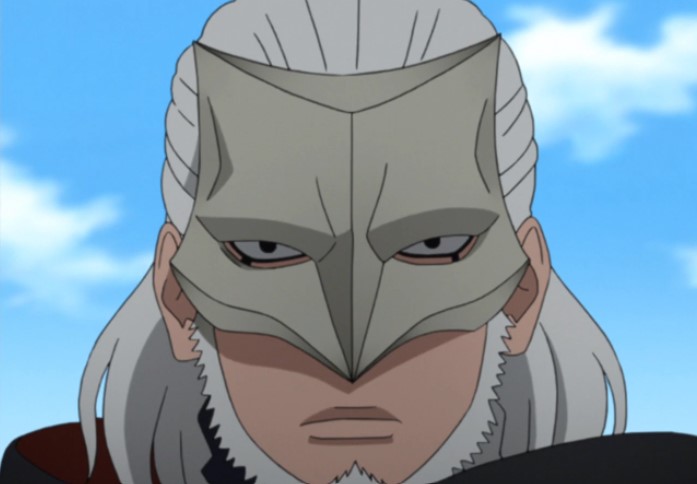 Koji Kashin is a clone of Jiraya created by Amado in the Boruto series. Amado feared Isshiki and knew that one day he would take Kawaki’s body; therefore, to cease this process, he created Koji Kashin, who is slightly more powerful than Jiraya.

He is considered to be a monster in terms of strength and abilities. Like Jiraya, Koji is also very intelligent and can use Sage Mode too. His jutsu True Fire of Samadhi works like Amaterasu and has the advantage of spontaneously combusting to overcome a target’s regeneration capabilities.

No doubt, he is one of the fastest and strongest characters in Boruto. 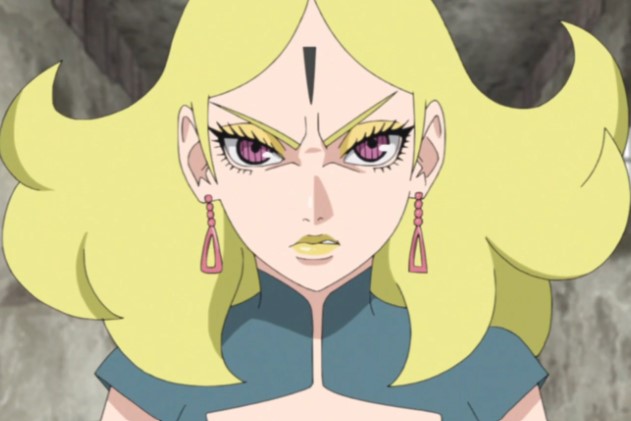 Delta is one of the strongest characters in the Boruto series. He was a member of Kara who was later defeated by Naruto. During the fight with Naruto, she unveiled her superhuman strength and speed.

Even Naruto has to use the super ultra-giant ball Rasengan technique to defeat her. There is a contradiction between Delta and Koji, who has the upper hand. In our opinion, Koji has the upper hand in overall abilities but based on speed; Delta is superior. 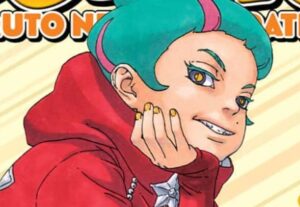 Daemon is the newest character that was introduced after Isshiki. According to Amado, he is the strongest character that has been modified with Scientific Ninja Tools, surpassing even Jigen. He is extremely stealthy and an expert in Taijutsu.

His ability is similar to counter, turning an opponent’s attack on him against them. Even Ada claims that Daemon is capable of eliminating anyone. 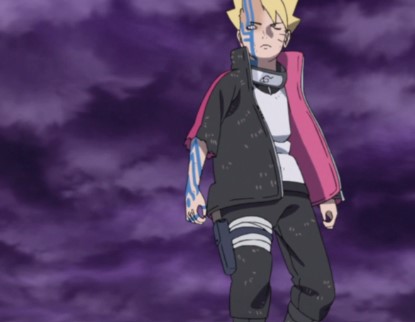 Boruto, the protagonist of the series, has gained exponential power growth after becoming the vessel for Momoshiki Otsutsuki. With Momoshiki, he has become one of the fastest characters in the series.

When Momoshiki uses Boruto’s body, Boruto becomes powerful equal to an Otsutsuki. In addition, Boruto possesses Jōgan, Pure Eye; therefore may be in the future, we will see all the abilities of his eye. 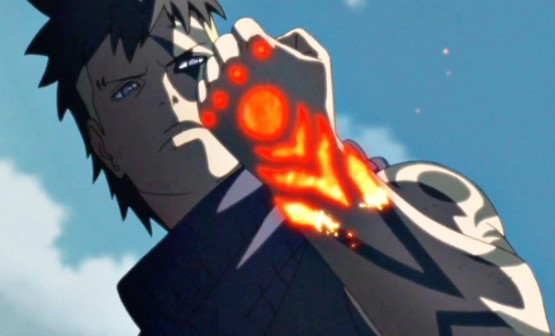 With these abilities, he is currently stronger than both Naruto and Sasuke. He has incredible speed and can also open the dimension portal to teleport anyone. Undoubtedly, Kawaki is one of the fastest characters in Boruto. 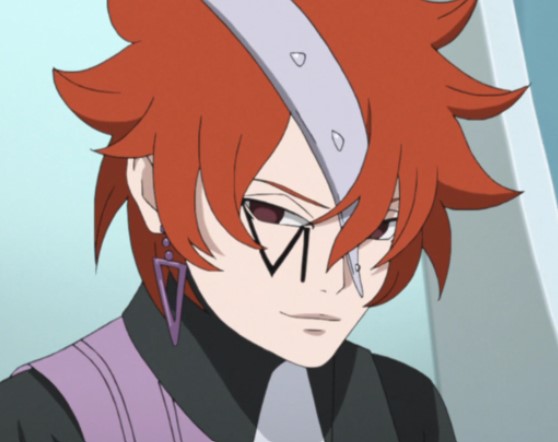 Code is the major antagonist of the series. Like Kawaki, he was also chosen for Isshiki’s vessel. Code’s master ability to leave claw marks across any surface. And through marks, he can instantly move or teleport from one place to another in no time, even if they’re in different dimensions.

Not only this, but he can also take one person with him simultaneously. His ability is the same as Minato’s and Tobirama’s teleportation. In this way, you can estimate how fast Code is. That’s why we have placed him at the fifth position on the list of Top 10 fastest characters in Boruto. 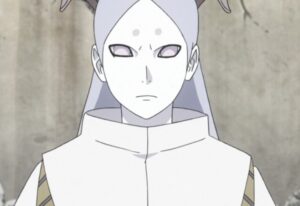 Finally, it’s time to mention God on the list. Momoshiki was one of the fastest and strongest characters in the Boruto series. He was fast enough to defeat all four Kages in no time, only with his Taijutsu.

Naruto and Sasuke had to use their combined power to crush him. Being the god, Momoshiki had immense power, strength, abilities, and speed. There are only a few characters in Boruto who could overpower him. 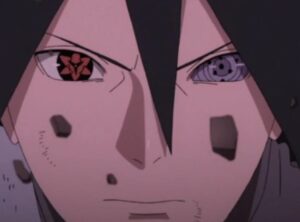 Both Naruto and Sasuke are the fastest characters in the Boruto series. Sasuke’s speed is considered to be equal to lighting. Also, with the use of Rinnegan, he can open the dimension portals through which he teleports from one dimension to another.

Presently, Sasuke has lost his Rinnegan against the fight with Momoshiki, resulting in losing half of his abilities. Still, in one-on-one combats, Sasuke’s speed is incredible. 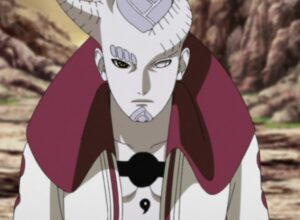 Isshiki Otsutsuki, the antagonist, was the strongest known Otsutsuki who came with Kaguya to consume Earth’s chakra. However, he was betrayed by her. All Boruto fans knew how powerful Isshiki was. He alone overpowered both Naruto and Sasuke in every term.

Being an Otsutsuki, he has the power to be ineffective against any ninjutsu, and he was the master of Taijutsu. He was impossible to defeat without any sacrifice. There is no character in the Boruto series (except one) who is faster than the strongest god. 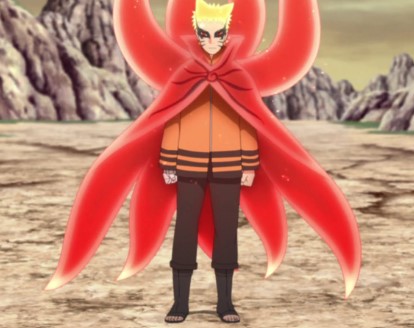 Naruto Uzumaki is the strongest and the fastest character in Boruto in his Baryon Mode. This mode works similar to nuclear fusion, where Naruto’s and Kurama’s chakra (including life span) are consumed as raw materials to produce the energy.

It’s like sacrificing your life span to gain exponential energy. In his Baryon Mode, Naruto was powerful enough to crush Isshiki Otsutsuki in terms of Taijutsu and speed.

Even Sasuke mentioned that his Sharingan could not read Naruto’s movement. In his Baryon mode, Naruto got successful in defeating Isshiki. But in exchange, we lost Kurama.

Here, we conclude our article on “Top 10 Fastest Characters in Boruto.” We hope you like it. We will be back with another post. Till then, stay tuned with us and read the articles below.

Where can I watch Boruto in English?

Where Can I Watch Naruto Shippuden Series?