Any anime series wouldn’t exist without its characters. Together, the plot and their character development advance the series. The anime characters that begin with the alphabet C have a question that all anime fans have been pondering a lot. So, in this post, we’re providing you with a list of 20 Most Popular Anime Characters that Start with C (2022). On this list, there are both male and female characters. So let’s start our article for today without wasting any more time. Cavendish, commonly referred to as the “Pirate Prince,” is the leader of the stunning Pirates. He is pretty handsome in the eyes of both men and women. Cavendish has flowing blond hair that reaches his shoulders and is muscular while being slender.

Cavendish is very haughty, proud, arrogant, boastful, and vain because of his good looks, and he enjoys drawing attention. He has a love of animals despite his excessive pettiness, especially for his horse Farul. Cain, young and athletic, has crystal blue eyes, narrow, arched eyebrows, and short, brown hair. Cain is an extremely aggressive, rude, and disrespectful individual who lacks confidence in other people and thinks Bount should not cooperate.

But after spending a lot of time helping Koga manage his farm and strengthening his body via the physical labor, Cain grew closer to Koga and acknowledged that he had been living in abhorrent conditions before meeting him. 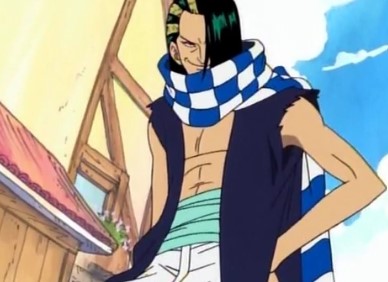 Cabaji is a tall, lean man and has a distinctive hairdo that covers half of his face. Where he has shaved it, his hair is bright green, and where it is longer, it is dark green. Cabaji is consistently solemn, enigmatic, and refined.

He is not only a capable acrobat but also a fairly intimidating foe. He looks to have some concern for both Mohji and his captain. Cabaji has strong physical capabilities, as seen by his ability to carry Richie with one arm and knock Mohji out of the way with a single kick. On our list of 20 Most Popular anime characters that start with C, we have Ciel, a young man of short stature with gorgeous peacock-blue eyes and greyish blue-black hair. Ciel has a “wonderfully shaped figure,” according to his tailor Nina Hopkins.

He has lean shoulders, slim arms and legs, and a trim waist. Sebastian Michaelis praises Ciel for his “presence of mind” and “sharp intuition” and describes him as a haughty, cunning young man. Cell has a different appearance depending on what form he is in. Cell has long, V-shaped horns on its head and a face that resembles the tracking device. It resembles a gigantic, four-legged cicada.

Cell has changed from his insectoid form to his imperfect form, which allows him to walk upright and has a human-like shape. He is aware of their weaknesses and may take advantage of them in battle because Goku and Vegeta’s DNA is a part of his genetic makeup. Chuya Nakahara has a small, athletic frame and is fairly short. His beautiful orange hair frames his face and drapes past his left shoulder in a longer area. He has grey eyes and orange hair. He has a slender silver chain hanging over the brim of his black hat, which also has a crimson hatband on it.

Chuya is a passionate, rude, and rather a haughty man. He enjoys conflict, is proud to demonstrate his fighting skills, and takes great pride in being known as the mafia’s top martial artist. On our list of 20 Most Popular anime characters that start with C, we have Carlos Medal, a man of average height and bronze skin who changed his body numerous times during his boxing career in order to win the title.

Carlos has a calm, self-assured demeanor with a deep, quiet sense of pride in his skills. Carlos is prone to becoming even more arrogant than he typically is during bouts, perhaps bordering on trash talk, and he engages in psychological warfare against his adversary. In the first chapter of Magic Knight Rayearth, Caldina, a dancer, serves Zagato until Fuu overcomes her. She also serves as Ascot’s substitute guardian both now and in the future.

The crimson diamonds on Caldina’s gloves, earrings, and shoes flash and emit bell noises to hypnotize bystanders. In the second season of the anime, she wields a pair of knives to attack enemies, demonstrating her proficiency in knife fighting. On our list of 20 Most Popular anime characters that start with C, we have Casca, who earns the respect of her fellow soldiers by demonstrating that she is a tenacious and competent leader within the Band of the Falcon.

Because of her outstanding leadership, the band is able to gather around her in their hour of greatest need, saving them from annihilation for a full year after Griffith’s arrest. On our list of 20 Most Popular anime characters that start with C, we have Clare, who seems weak and underweight. She has green eyes and straight, light brown hair that is styled like Galatea’s but is shorter.

Her body is marked by abuse from the Yoma, who used her as a plaything and a cover. Clare was a very stern warrior who put her responsibilities first. Crona is a girl with tall stature, pink hair, purple eyes, and a thin body. There is also an androgynous aspect to her. Their bangs are straight-cut and end above the eyebrows, but they do not stay very uniformly cut.

Their hair is quite short with some lengthy, thick clumps. The bangs are followed by two lengthy hairstyles that hang loosely over Crona’s face. Crona has a negative outlook on life and low self-esteem. On our list of 20 Most Popular anime characters that start with C, we have Catzy. The oldest Negamoon Sister working for Rubeus is Catzy. She was just one of the numerous Negamoon Family members who had been exiled to the moon Planet Nemesis. Catzy has the ability to grow her nails longer and create “Ice Fire,” or blue fire, from her hands. Choji is overweight and has swirl-shaped marks on his cheeks. His hair is light brown and spiky, sticking up. Choji is an extremely gracious, considerate, and nice person.

Both his father Choza and his previous master Asuma Sarutobi cited these traits as being his greatest assets, while his lack of self-assurance was believed to be his biggest flaw. Cindy is an American woman who is young and tall. Ika Musume is being pursued by American researcher Cindy Campbell because she thinks Ika is an alien.

Campbell is continually attempting to convince Ika Musume to accept that she is an alien so that she may bring her to her lab for testing and study. Cindy is typically a critical observer. She appears to be serene and half-serious. Conan is a man with a few strands of dark brown hair that stand up at the front and rear of his head, but the majority of it hangs down just over his blue eyes.

He keeps up an incredibly broad knowledge of a variety of topics and trivia, which helps him solve crimes and get out of difficult circumstances. When speaking to adults, Conan strives to sound childlike. Creed has his hair pulled back, lavender-colored eyes, and remote silver-white hair. Longer and whiter than most men, Creed has bangs that frame his face and are separated in the middle. Creed is a violent, sadistic killer who takes pleasure in killing as naturally as breathing. Whether they disobeyed him or just stopped trying to satisfy him, he would kill even his own followers without hesitation. Celty Sturluson is well-endowed, has fair skin, and is depicted as having brown hair and blue eyes on her head. Contrary to the majority of the other cast, Celty has one of the most typical and down-to-earth personalities. Although she was largely emotionless in her early years, as she spent more time around people, she began to develop a much more distinct personality. Despite having certain fears, she generally comes across as a confident and upbeat person. CC is a young woman with golden eyes and beautiful, nearly waist-length light green hair. She has a scar that resembles a Geass symbol and is of normal height. C.C. shows little signs of emotion or love and acts indifferently toward the majority of people. She rapidly reveals herself to be obstinate, egotistical, and headstrong, as well as having high standards. She is extremely obstinate herself, which is ironic because she claims to despise it. Claude is a tall, attractive man with glasses. He has short black colored hair and golden eyes. White gloves and a dark suit make up his attire. He can lick the bridge of his nose because of his unusually lengthy tongue. When Claude speaks and behaves, it is clear that he is apathetic. Direct jeers like Alois Trancy removing his buttons after Claude fixes them don’t elicit a response from him. On our list of 20 Most Popular anime characters that start with C, we have Cesario. Dark grey eyes and short, light grey hair characterize Cesario. Of all the E.S. Members in the series, Cesario is the quietest. He only communicates with Viola, and when he does, his voice is barely audible. He would also risk his life to keep Viola safe from harm.

Hope you all enjoyed reading our article on the list of 20 of the Most Popular Anime Characters that start with C(2022). We promise to bring to you more interesting articles on such topics. Stay tuned to our website for any new updates, and stay safe.