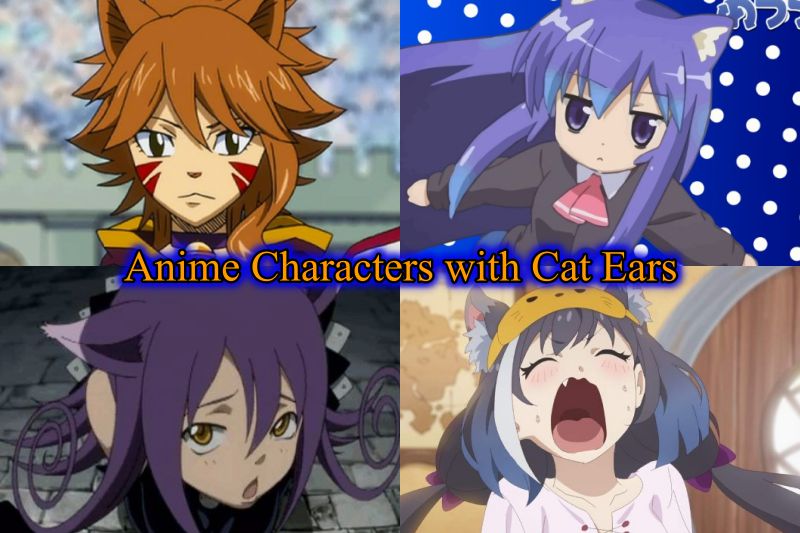 One of the most common character archetypes in anime is that of cat girls and cat boys! Even if you’re a newbie to the anime world, you’ve certainly come across plenty of these characters. For all the cat boy and cat girl lovers, we have 14 Beautiful Anime Characters with Cat Ears!

Some of these characters have cat ears as a side-effect of their powers, while some simply enjoy looking and acting like a cat! No matter the reason, they’re all simply adorable! 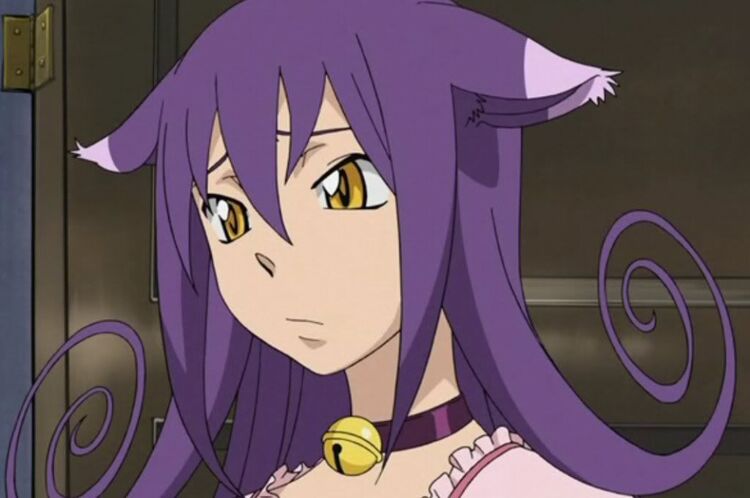 The magical cat witch, Blair, is one of the more popular characters in the series. She has a human form and a cat form that she regularly transforms into.

In human form, Blair is a beautiful young woman with a very appealing figure. She has large yellow cat eyes and a pair of purple cat-like ears with pink tips, often hidden under her hat. Her purple cat tail is always curled up against her.

When she’s dressed in her signature witch outfit, i.e., a bluish-black dress with white frills and open sleeves, a curved witches’ hat, and thigh-high black boots, she makes it very hard to resist her charm! 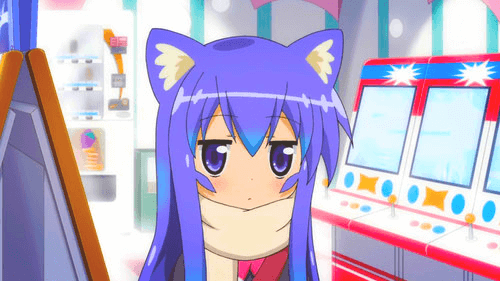 The main protagonist of the series, Tsumiki, has adorable cat ears, and a tail that only pop-up and grow when she’s around her crush, Io. She’s madly in love with him but can’t bring herself to confess her feelings.

She rarely smiles and appears a lot more cold-hearted and aloof than she wants to be – her Tsundere and Kuudere personality at play! She’s one of the cutest anime characters with cat ears. Her small stature, strong personality, and aggressive reactions to teasing by her friends are very endearing to fans of the series. 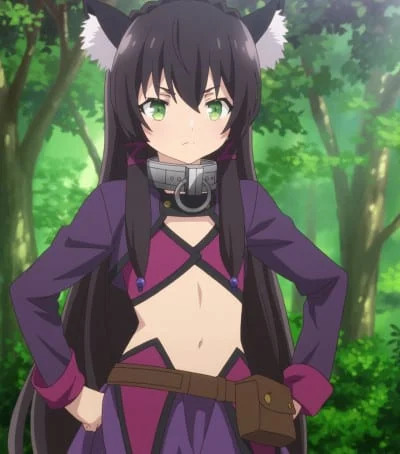 Anime: How NOT to Summon a Demon Lord

Rem Galleu is one of the cutest cat girl characters in the How NOT to Summon a Demon Lord series. Emotionally awkward and preferring to keep to herself, she’s only feisty and quarrels with the people she’s close with.

She belongs to the Pantherian race of half-man and half-feline demons. She’s slender and short, has long black hair up to her waist, and has stunning cat-like green eyes. She has beautiful black cat ears and a tail which is considered rare even amongst people of her race. 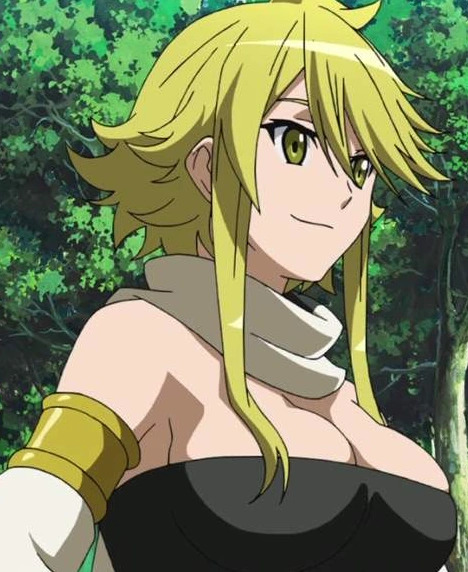 The big sister of the assassin group, Night Raid, Leone is a skilled information spy and good at making clear decisions at tough times. Although she doesn’t sport her cat ears at all times, when she activates Lionel, her teigu, and fuses with him, she gains lion ears, tails, and claws.

She’s a very beautiful woman and is often seen in a very revealing black tube top, detachable sleeves, and a scarf around her neck. Very relaxed and cheerful, her unladylike personality is very amusing to witness. She’s a woman of justice and undeniably sexy! 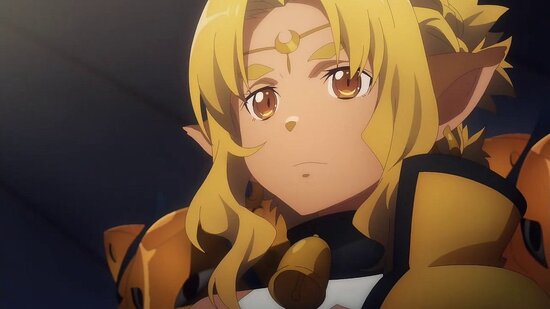 One of the recurring characters of the Sword Art Online series, Alicia Rue, is the Lord of the Cait Sith race or the Cat Fairy family.

Sporting a petite figure and a one-piece armor, she artfully exposes her tanned skin. She has wavy blonde hair and yellowish-brown cat ears. She also has a long yellow tail and collar with a bell around her neck. With large golden eyes and a beautiful smile on her face, Alicia has indeed managed to charm a large fanbase! 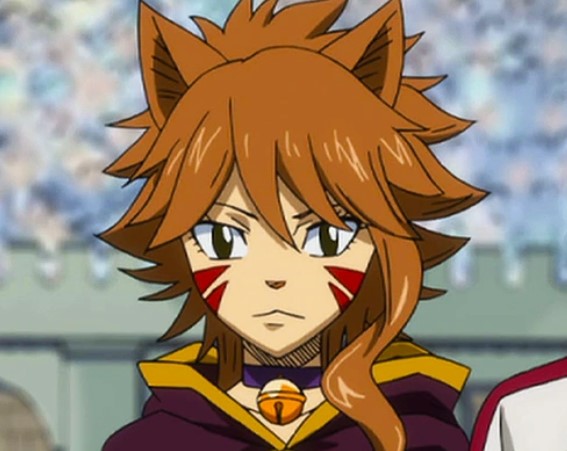 A powerful mage of the all-female guild, Mermaid Heel, Millianna is a beautiful woman with a very attractive figure. She loves cats so much; she actively tries to look and act like one! With cat-like eyes, nose, and mouth, as well as red whisker-like tattoos on her face, she’s one of the prettiest cat girls!

She has a cat tail attached to her briefs and styles her hair into cat ears at the crown of her head. She even sports a choker with a bell around her neck. She’s cheerful, and fun and her obsession with cats makes her even more adorable! 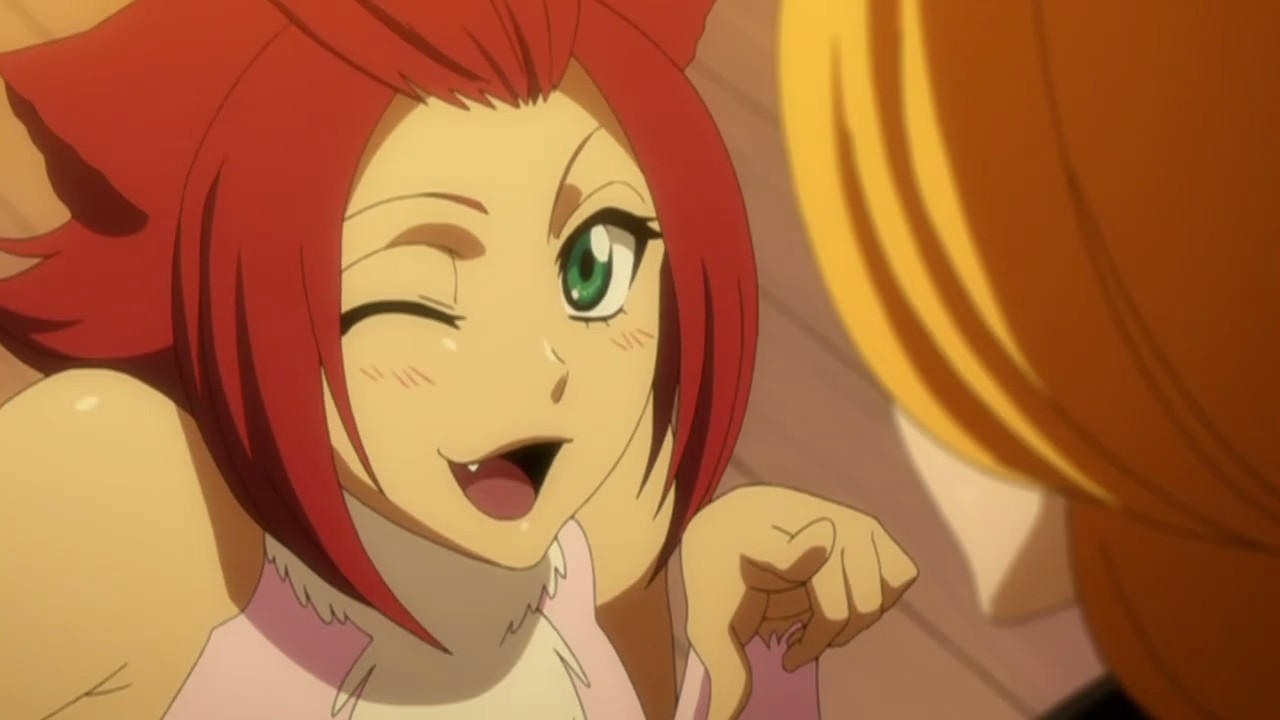 Haineko is a manifested part of Rangiku Matsumoto, a Shinigami’s soul. She’s a troublemaker and loves to annoy the people around her.

She’s a beautiful and attractive woman with a curvy body, turquoise eyes, and chin-length maroon hair, which is often styled into two cat-like ears atop her head. She also has pink and white fur covering different parts of her body. Her long pink tail and claw-like nails also compliment her cat girl look.

Believing herself to possess great beauty, she often goes beyond her way to prove it – frankly, an unnecessary move on her part. Anyone can agree – she’s one of the most beautiful anime characters with cat ears! 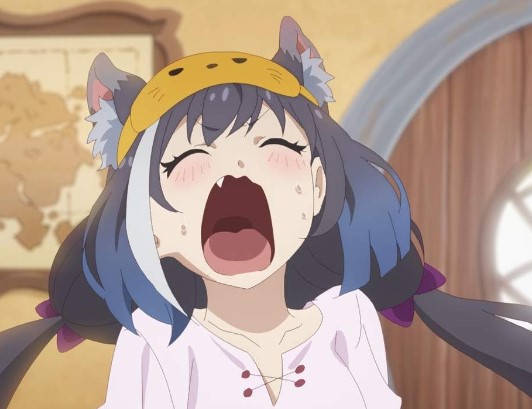 Karyl is a member of the Beast race. She’s very beautiful with long black hair that loops into curls at its ends, green eyes, and adorable grey cat ears growing out of the top of her head. She also has a black cat tail with a white tip.

What makes her even cuter is her Tsundere personality. Watching her ears twitch and move rapidly when she gets angry or flustered is a delight! 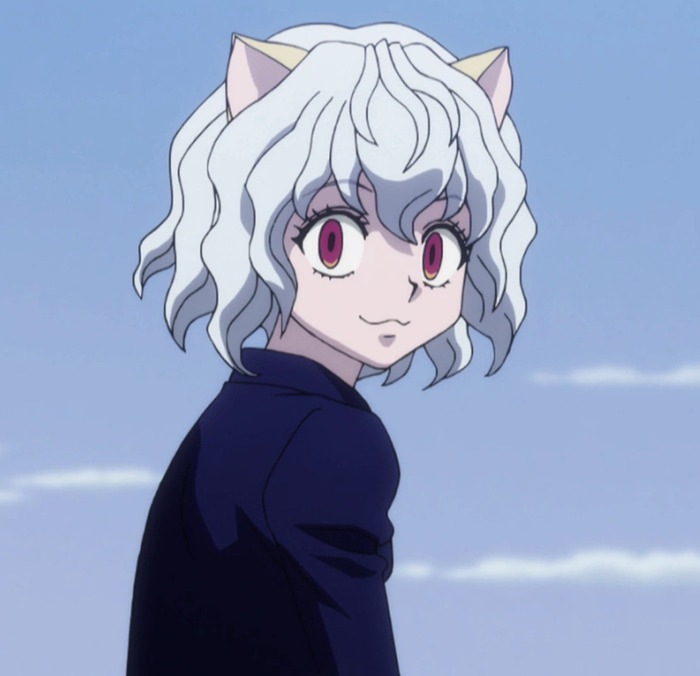 Cat-humanoid, Neferpitou, is a Chimera Ant and one of the three Royal Guards protecting the Ant King, Meruem. She has wavy white hair surrounding her cat ears and a white cat tail. As much as she looks like a cat, she acts like one, too, and loves preying on her enemies.

She’s one of the strongest Hunters to date and is an extremely deadly opponent. She can be very cruel and terrifying when she wants to be. She’s cute, cool, and a villain – a perfect combination! 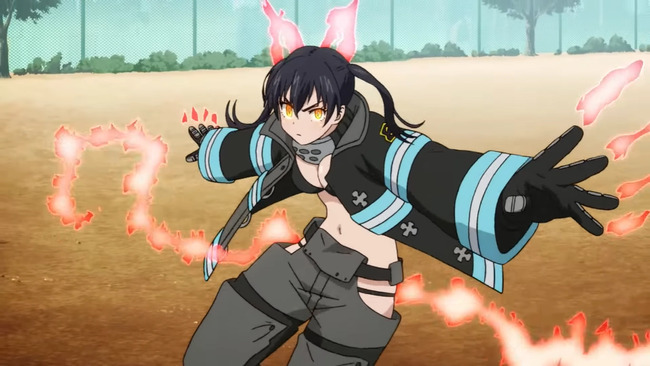 Fire Force 1st Division’s Tamaki Kotatsu is a clumsy troublemaker. She’s boastful and loud at times but friendly and kind to her team members. She’s a young girl with long dark black hair, golden eyes with white pupils, and revealing outfits that show off her curvy body.

She’s not a traditional anime cat girl as Tamaki only gains a cat-like appearance and abilities only when she activates her Ignition Ability, also called Nekomata. She gains cat ears, two forked tails, and nails on her fingertips. In an impressive feat, she’s also able to run on all fours!

Beautiful, strong, and agile, Tamaki is the entire package! 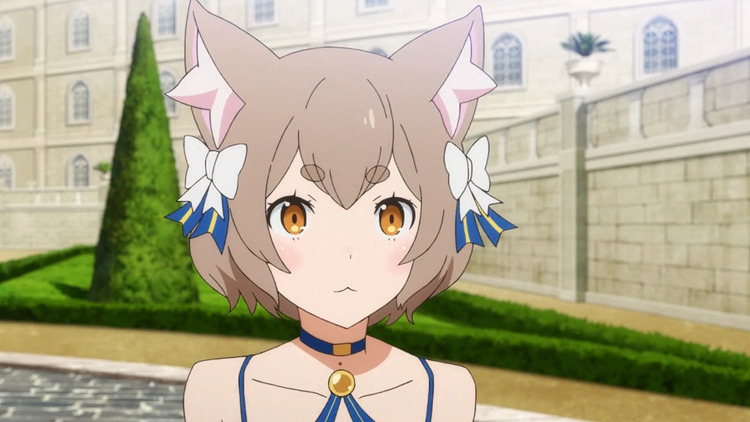 Cat-boy Felix, also known as Ferris, is a vital character in the Re:Zero anime series. Although he’s not a good fighter, he’s an incredible healer and a powerful wielder of water magic.

He has cute cat-like ears as a consequence of the demi-human blood in his body from his ancestors. He also wears white and blue ribbons in his hair as a gift from his Duchess Crusch Karsten.

He’s also dressed in a blue dress with black tights and blue leggings and prefers to dress in women’s clothes. His loyal and obedient nature, as well as his handsome appearance, make him one of the most beautiful anime characters with cat ears. 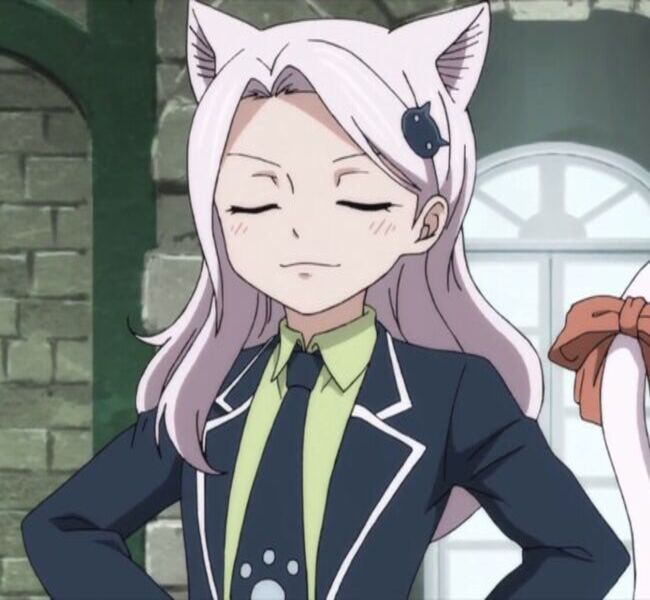 In the Fairy Tail anime series, Carla belongs to a race of cat-like beings – Exceed. Carla rarely displays her emotions and is quite serious most of the time, but she eventually does warm up to the members of her guild.

She prefers to be in her cat form after only recently self-learning how to master transformation magic to transform into a human. In her human form, she keeps her tail with its red ribbon and cat ears on top of her head. Although her two white whiskers disappear, she’s definitely cuter in her human form! 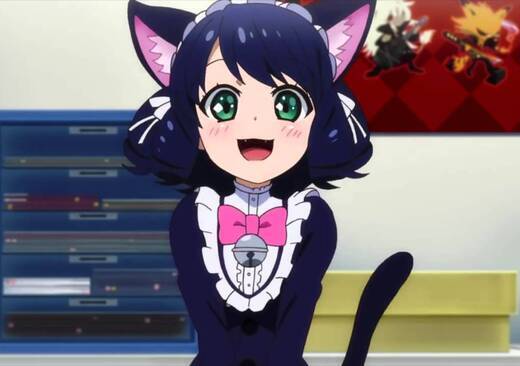 The protagonist of the SHOW BY ROCK!! anime series, Cyan is a gothic lolita kitty and one of the cutest cat girls. With a burning passion for music, she became the new singer and the guitarist of her band, Plasmagica. When she’s performing with her band, she transforms into her Myumon form.

Dressed in a blue blouse and a white multi-layered frilly skirt, her thigh-high white and navy-blue striped stockings complete her look. In this form, she has a pair of black cat ears and a cat tail too! She also wears a pale pink bow with a silver bell around her neck. 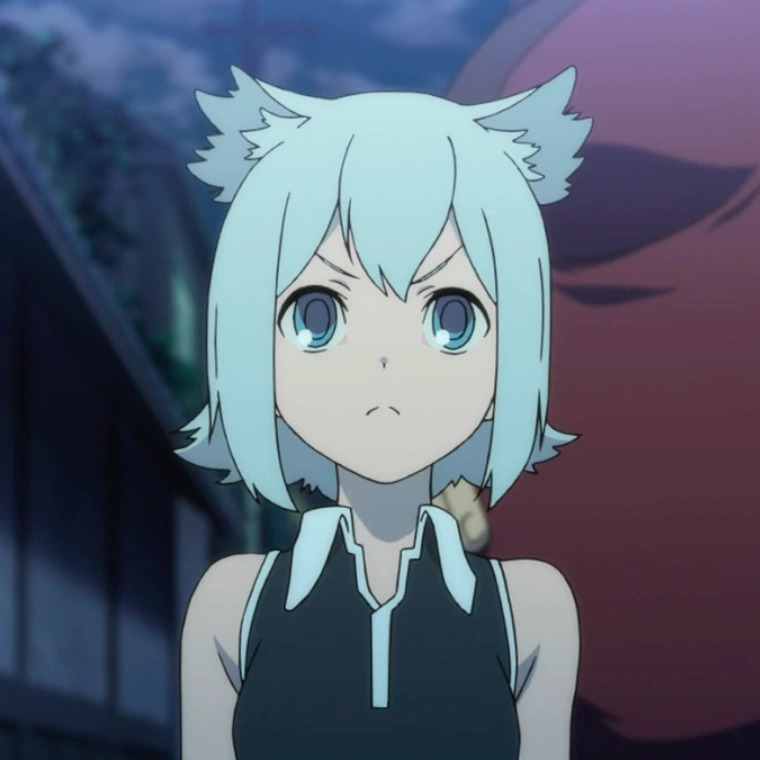 One of the main characters of the Yozakura Quartet series, Ao Nanami, is a 16-year-old high school girl. She’s also a yokai, aka a non-human entity, with the power to read people’s thoughts and minds.

She’s small and petite, has a short stature, and blue, chin-length hair with antennas that seemingly look like cat ears atop her head. Tiny and cute, with an adorable smile and cat ears – it’s no wonder anime fans adore her!

If you enjoy anime with cat-like characters, this list is surely for you! This article features some of the most beloved anime characters with cat ears among anime fans across the world.

Most of these characters are found in fantasy genres and display cat-like characteristics such as cat ears and a tail, and even claws at times. They also display more traits to be better liked by their audiences. Cute, adorable, and even feisty at times – what’s not like?