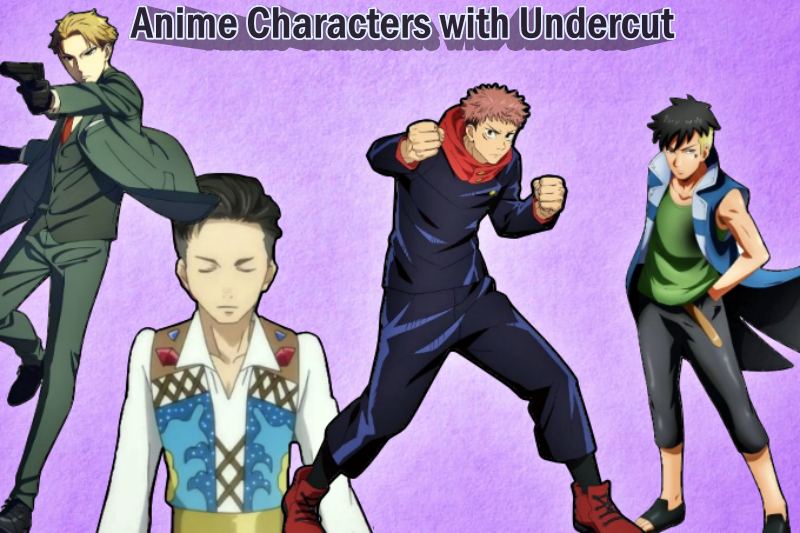 Ever looked at your favorite anime character and wished you could get the same hairstyle as them? One of the most popular hairstyles in the anime world is the undercut. The following article details the 15 hottest anime characters with undercut. An undercut instantly elevates your style and gives you a much cooler and edgier finish.

At times, an undercut is suggestive of their personality, while in others, it’s the complete opposite. Simply put, it boosts the character’s hotness to the next level.

Here are the 15 Hottest Anime Characters With Undercut! 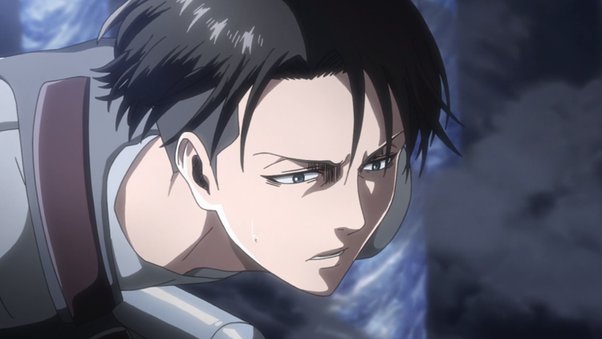 As one of the most important characters in Attack on Titan, Levi is bound to have a huge following among anime fans. However, his popularity is not just due to his exceptional and almost God-like combat skills; it’s because Levi is just that hot!

His short black hair – styled in an undercut – perfectly frames his face and makes him even hotter. His hair is animated so gracefully that it’s hard not to want that same style for yourself.

Further, his undercut and curtain bangs have become so well known that hundreds of anime fans request for the ‘Levi hairstyle’ in salons! 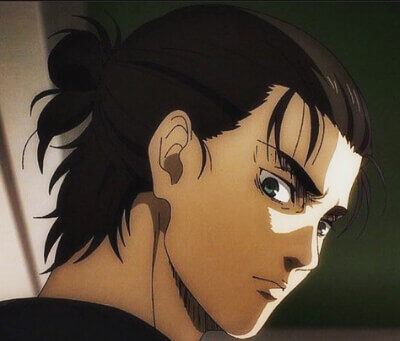 It’s impossible not to feature Eren Yeager on a list of the hottest anime characters with undercut. At 15, his spiky dark brown hair sported a simply disconnected undercut with shaved sides and a polished skin line around it, with the top half of his hair falling on his forehead and ears.

When his hair grows longer, he ties it up in a messy man bun, in what some describe as a faux mohawk. Both of his hairstyles give him a rough, edgy, and sexy style, and he can easily pull off this effortlessly messy look. 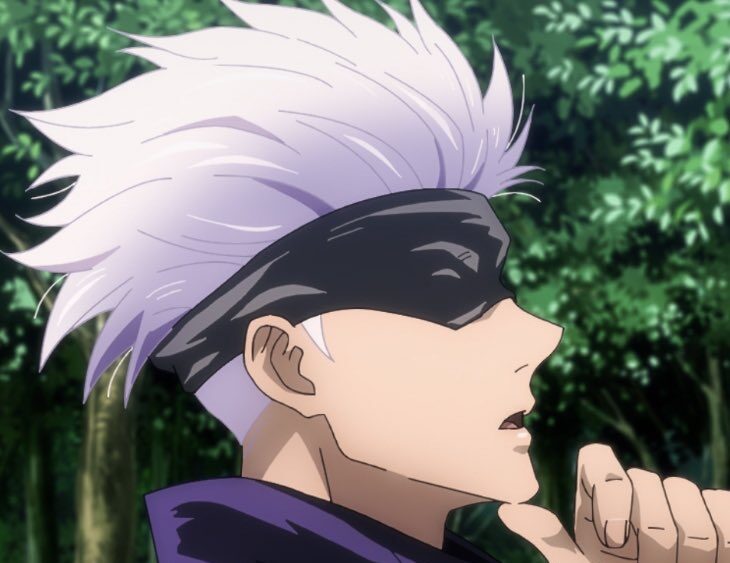 Fans of Jujutsu Kaisen absolutely adore Satoru Gojo, and for a good reason! He is easily the most recognizable character in the series, with his big, snow-white, spiky hair and extroverted personality. His attractiveness can be mostly attributed to his facial features, i.e., his blue Six Eyes and handsome face.

But his disconnected undercut has not gone unnoticed by his fans. His undercut complements his cool, edgy and badass look and completes his delinquent style. He’s at his hottest when he shows off his powers and rebels against the higher-ups. 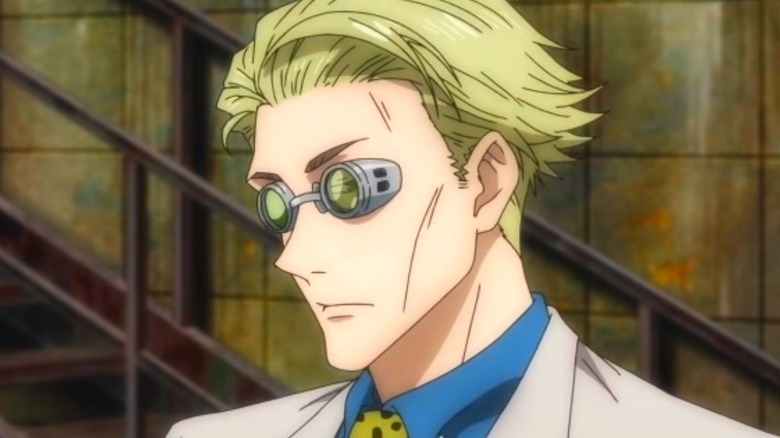 While Gojo may be the strongest sorcerer, there’s no one as precise with his style as Kento Nanami. The salaryman always manages to look sharp and presentable, even when he’s in the process of exorcising powerful demons. One of his most appealing features is his 7:3 hair part and undercut. 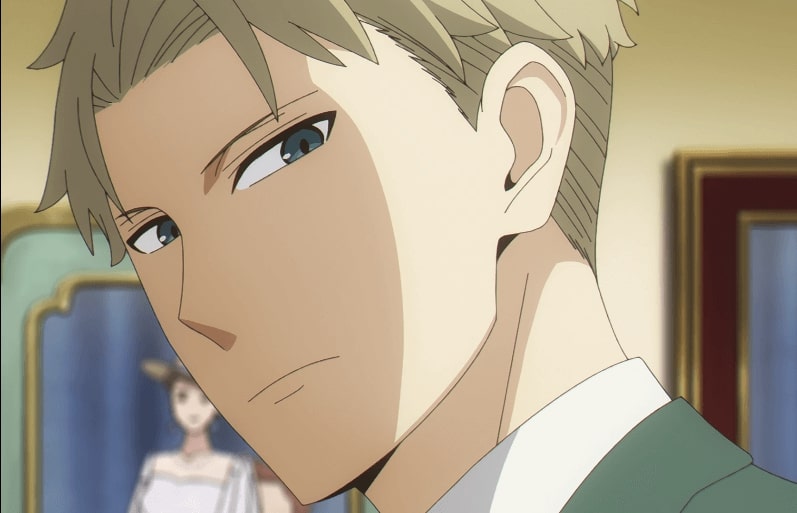 The protagonist and the greatest spy of the Spy x Family universe are Twilight, i.e., Loid Forger. From marrying a woman to adopting a daughter, Lloyd does anything and everything possible to complete his mission. Cold and methodical, he’s the perfect spy and the hottest too!

His short blond hair, slicked back when necessary, also sports an undercut straight across up to the ear to highlight his facial features. Effortlessly pulling off the undercut, his cool, sexy and competent personality is perfectly matched with his hairstyle. 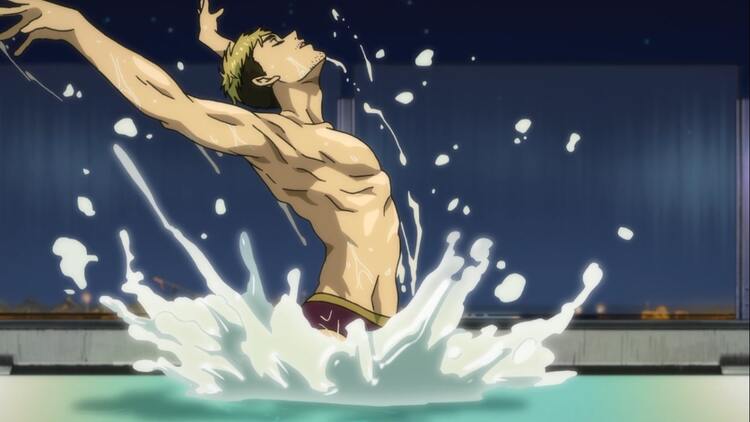 There’s no denying that Christophe’ Chris’ Giacometti is one of the hottest and sexiest competitors in the Grand Prix Championship.

Chris’s major appeal is that he’s not afraid to express himself to the fullest, as made clear in all of his staking performances. Chris manages to completely and fully entice all of the audience members.

His dark brown hair is dyed blond, and his undercut, along with his mustache, stubble, and goatee, gives him a very rugged, sexy look that he fully utilizes to his advantage! 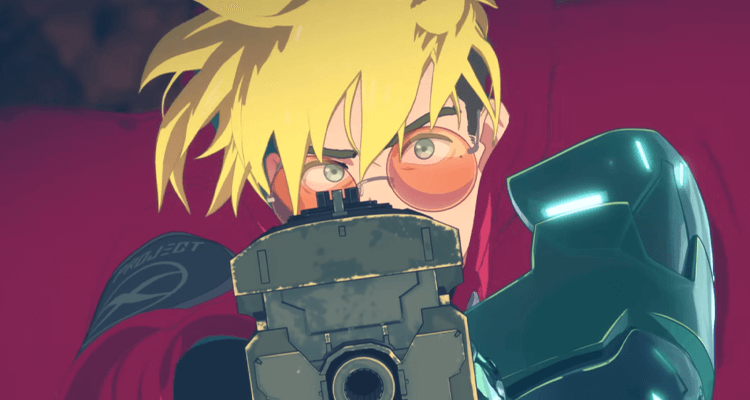 ‘The Humanoid Typhoon,’ aka Vash of the Trigun series, is one of the hottest characters in the anime scene. With a huge fan following, the Vash of the late 90’s set the standard for who and what a cool guy is. The older character design does not feature an undercut, going instead for long spiky hair.

The newer design is just as hot, if not even more! Some fans consider this development a betrayal, but this hairstyle has certainly found new appeal in its younger fanbase. Cooler, younger, and hotter, it’s impossible not to take your eyes off Vash! Indeed, Vash is on his way to setting the bar even higher! 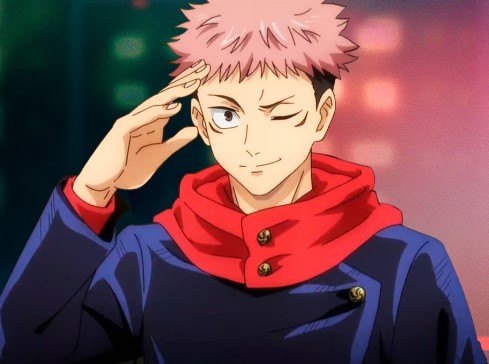 The protagonist and the most lovable character in the Jujutsu Kaisen series is Yuji Itadori. At first glance, he certainly fits the resident high school delinquent image, mainly attributed to his spiky pink hair and undercut.

However, Yuji is friendly, kind, and endearing – making him even cooler and hotter. His undercut adds an edge to his appearance, and fans just can’t help but love him! 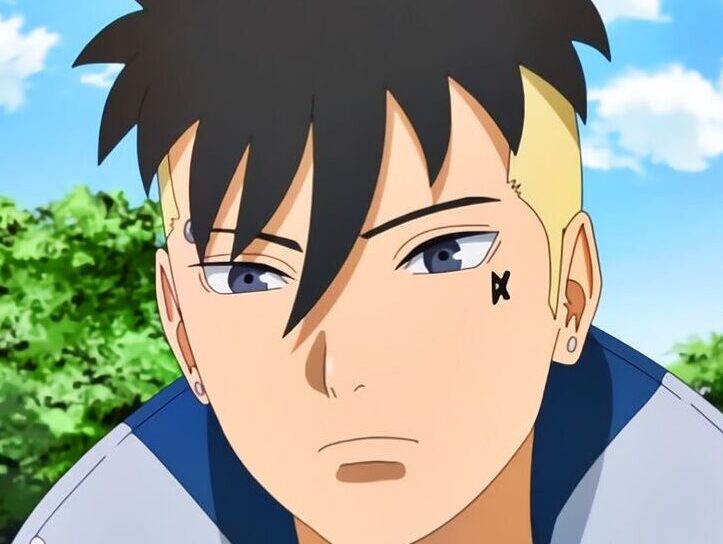 One of the coolest looking characters in Boruto is Kawaki. Piercing, undercut, tattoo – there’s no one edgier than him. His two-toned hair – shaggy black hair on top and blonde hair shaved at the sides – completely matches his personality.

He has a pretty bad attitude and has shown multiple times throughout the series that he doesn’t care about what anyone thinks about him. In that sense, Kawaki is a delinquent through and through. 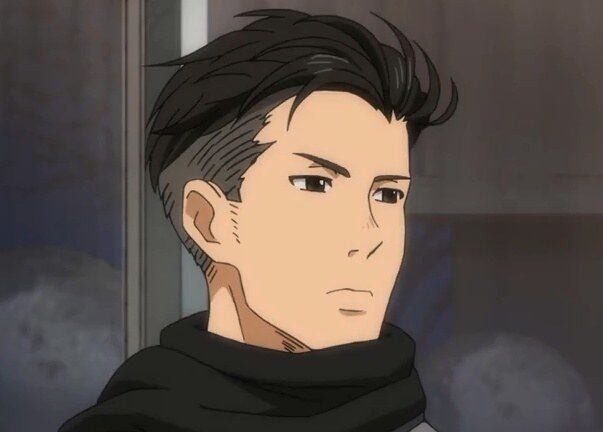 Otabek Altin is a shy, introverted, and stoic guy. He usually keeps to himself and doesn’t have many friends that he can talk to in the Championships. Even if he’s not one of the protagonists of the Yuri on Ice series, he has a huge following among fans of the show.

With short black hair styled into a razor fade undercut, it’s easy to be intimidated at first glance. However, his kindness to Yuri throughout the show is very endearing. His physical appearance, personality, and elegant skating all work to prove his undeniable hotness. 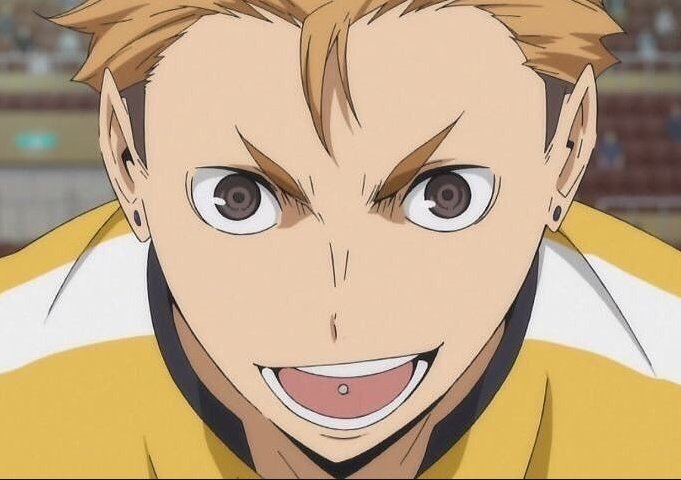 One of the minor characters in Furudate’s Haikyuu, a wing spiker and new captain of the Johzenji High boys’ volleyball team, Yuji Terushima, is a very energetic and playful guy. He’s an amazingly versatile player and is quick and powerful in his attacks and rallies.

His spiky blond hair is fashioned into an undercut, with small tufts of hair falling onto his forehead. The black studs on his ears and silver studs on his tongue make him even hotter. 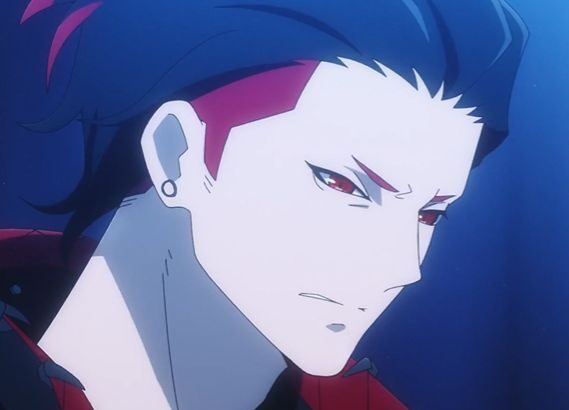 LOST EDEN’s leader and main vocalist, Saga Latour, is an incredibly attractive and handsome vampire. In human form, he has shaggy black hair with red highlights and a red undercut, shaved at the sides.

With piercings on both of his ears and his signature black and red outfits throughout the show, it’s hard to deny just how hot he is.

His incredible charm attracts a lot of people. Saga’s incredibly powerful voice is just as beautiful as his and adds to his natural appeal. 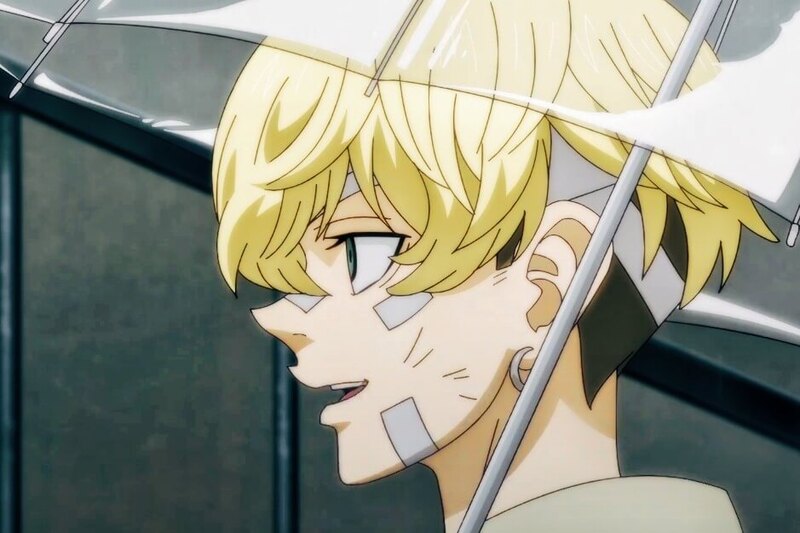 The Vice-Leader of the Second-Generation Tokyo Manji Gang and Takemichi’s advisor, Chifuyu Matsuno, is one of the coolest and most attractive characters on the show.

With blond triple bangs and a dark undercut at the sides and back or a two-block haircut, he fits the description of a delinquent – something he’d been aspiring for since middle school.

However, his loyalty to his friends and his moral responsibility – in that he never goes along with people who abuse their power and authority over others – make him a huge hit among viewers of the show. 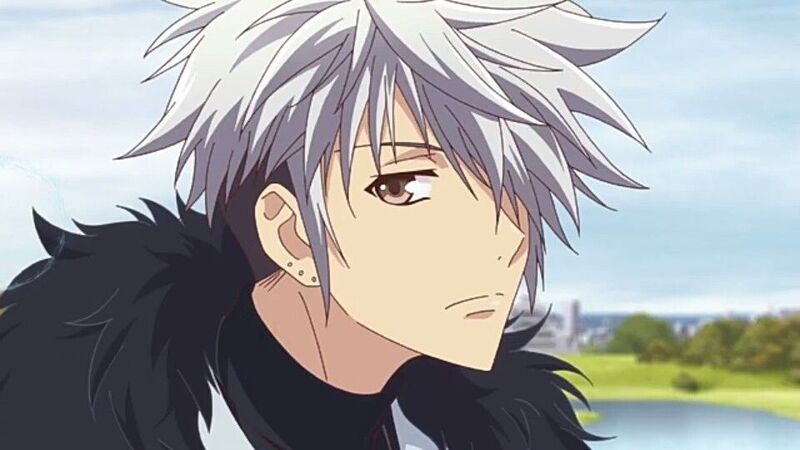 One of the most intriguing characters of the series, Hatsuharu’s spiky two-toned snow-white hair with black roots and an undercut is very appealing to the female students of his class.

As the Ox of the Chinese Zodiac, his hairstyle is suggestive of his contradicting personality, i.e., his calm and composed personality, ‘White Haru,‘ and his angry, violent and cruel personality, ‘Black Haru.’ His tall and slender figure, as well as his punk-rock style, is a sure hit amongst the show’s fans. 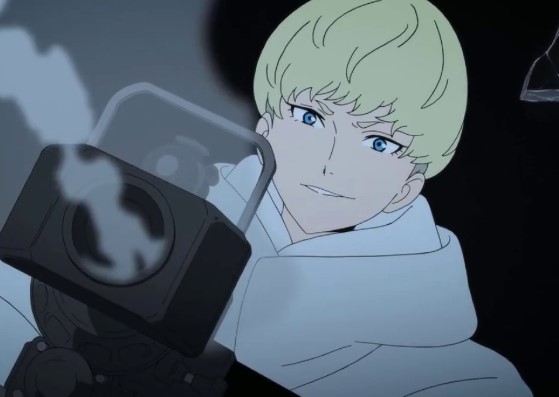 Satan’s human form, Ryo Asuka, is a young man with light blonde hair fashioned in an undercut style, an edge to his clean-cut style. He has piercing blue eyes and a pale complexion which, paired with his sadistic and devilish personality, makes him the perfect antagonist to Akira.

His sense of style, i.e., his signature white clothing, is very appealing. His insane attitude is just the cherry on top!

The list contains the 15 hottest anime characters with undercut from various series, each sporting the undercut in a unique way that fits their personal brand of style and nature. Versatile and functional, an undercut is a simple and efficient way to look your personal best!