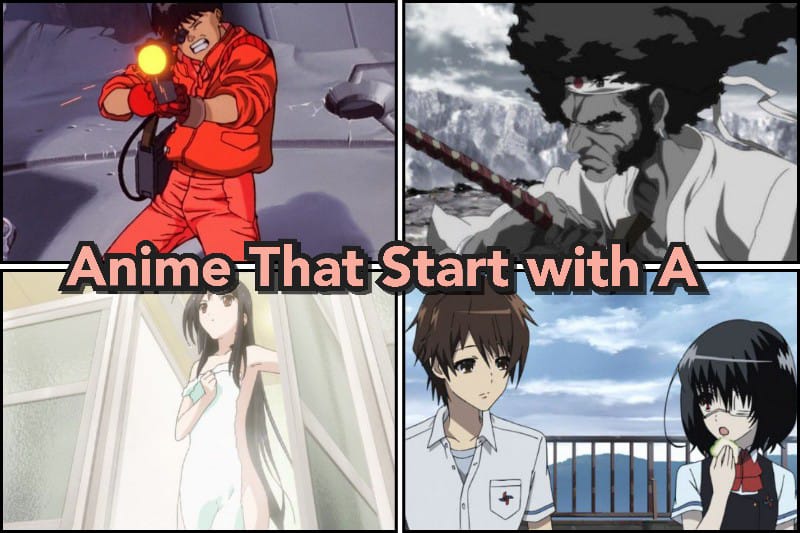 Here we have the list of the 10 most popular anime that start with A, along with a brief description of its plot, the IMDb ratings, genres and the number of episodes for each anime. This list will surely help casual anime fan broaden their watchlist!

Next, we also have a list of notable anime based on various genres such as Action, Comedy, Slice-of-Life, Drama, Horror, Mystery and many more. Without any further ado, here we have the 10 most popular anime that start with A!

Popular Anime That Start With A 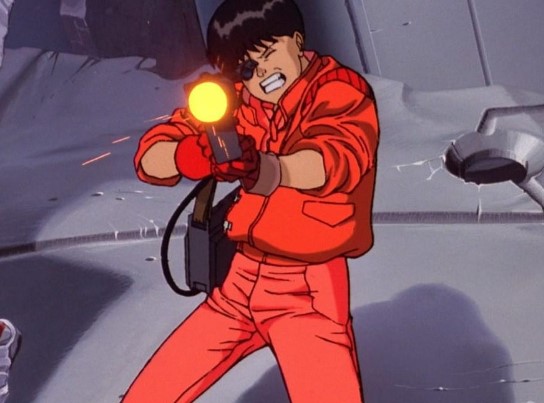 It is the year 2019, 31 years since the outbreak of World War III. In its wake, the dystopian Neo-Tokyo struggles to survive with the underbelly of the city virtually ruling the once-thriving metropolis.

Here lies the base of a violent bike gang known as ‘The Capsules’ led by Shoutarou Kaneda, who are known for their rivalry against ‘The Clowns’.

In the midst of this conflict, Tetsuo Shima’s involved with a top-secret military project. i.e. an esper ends up with him developing supernatural telekinetic powers. His city-wide rampage awakens certain forces, which may very well mean the end of Neo-Tokyo as well as the world. 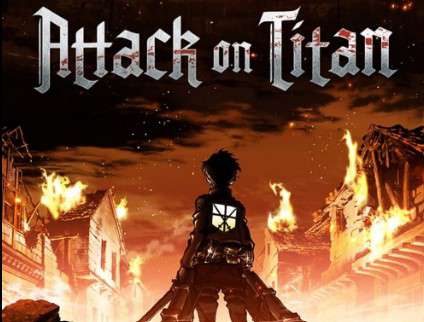 Hundreds of years ago, humanity narrowly escaped extinction under the threat of giant creatures known as Titans by enclosing themselves with walls taller than the Titans.

In the present, the city succumbs to chaos, following the appearance of a super-giant, after going 100 years without spotting a single Titan.

Witnessing the horror of his mother being eaten alive, teenage boy Eren Jaeger vows to exact his revenge on behalf of mankind by exterminating every last one of the Titans. 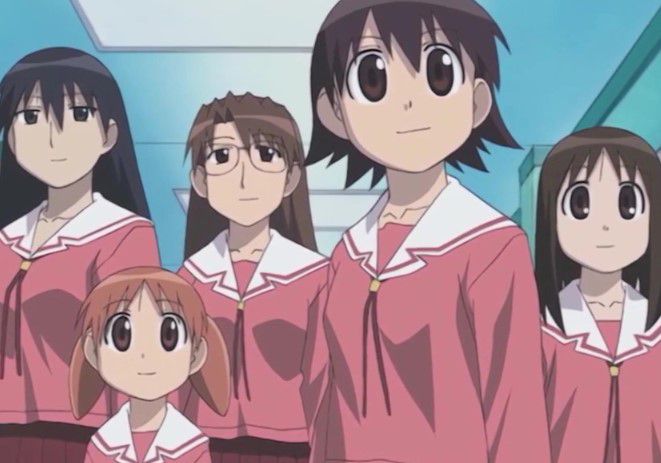 Revolving around their close-knit friendship, the series details their adorably funny interactions with the teachers and students of their school, as well as provides a heart-warming glimpse of their ever-changing high school life. 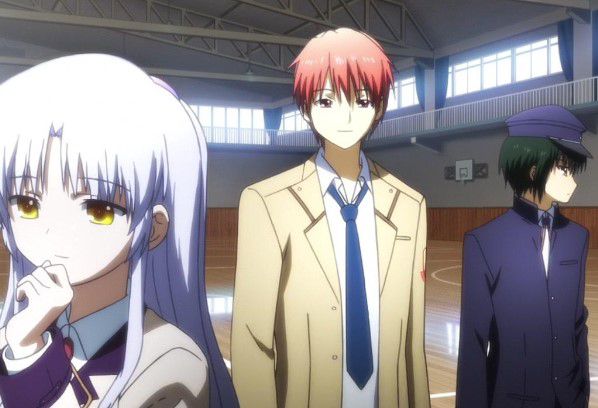 17-year-old Yuzuru Otonashi wakes up in the bizarre dimension of the high school-based afterlife.

Its residents are angered by God due to the trouble they had to face in their earthly lives and plan to rebel against him under the organization of the Shinda Sekai Sensen (SSS) or the Afterlife Battlefront.

They suspect their god-like student council president, Kanade ‘Angel’ Tachibana, to be working for God and consider her their enemy. A

After being recruited by the SSS’s leader, Yuri Nakamura, Otonahsi can’t help but question the organization’s motives and moves beyond enemy lines to understand the opposite side better.

5. Anohana: The Flower We Saw That Day (TV series) 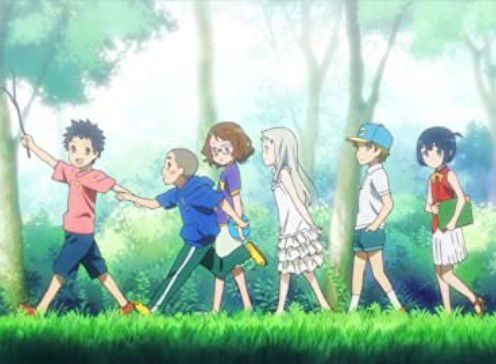 The series revolves around a group of six friends after the death of one of its members, Meiko ‘Menma’ Honma. Presently, the group has grown apart, with its leader, Jinta Yadomi, living as a shut-in.

The unexpected appearance of Meiko’s ghost is unbelievable to him at first but later spurs him into action. The series provides a look into each member’s life as they mature.

At Mieko’s insistence, the group reunites to fulfil her last wish and help her and each other move on through their shared pain and guilt. 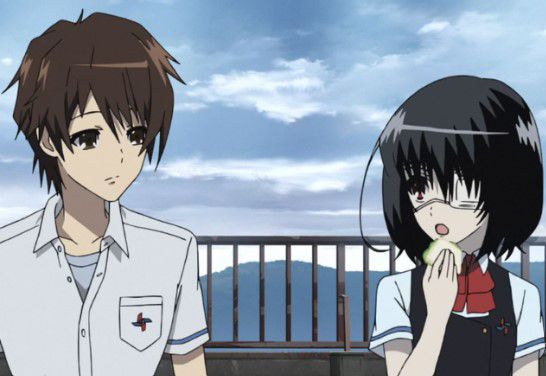 Transfer student, Sakakibara Kouichi, is frightened by the atmosphere of his new school, Yomiyama North Junior High and senses his classmates hiding a terrible secret from him.

He’s also drawn to the mysterious aura of the aloof Mei Masaki. She’s a beautiful girl with an eyepatch, whom he had previously met during his stay at the hospital.

No one in their class seems to notice her, almost as if they were completely unaware of her presence. A tragic series of events leads Kouichi, Mei and their classmates to uncover this disturbing mystery. 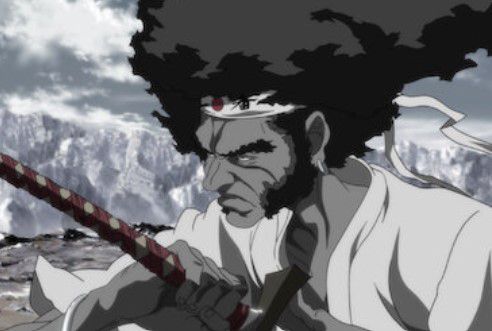 In a futuristic feudal Japan, a black samurai, Afro Samurai, is on a quest for revenge from the No.1 fighter in the world, Justice.

He believes Justice is guilty of the wrongful death of his father. He sets off on his journey after obtaining the No.2 title, which finally allows him to challenge the No.1 fighter.

On his solitary path, he encounters challenges from other ranked fighters who wish to defeat him for the title of the No.2 ranked fighter. He also encounters various friends and learns lessons of friendship, love, betrayal and loss. 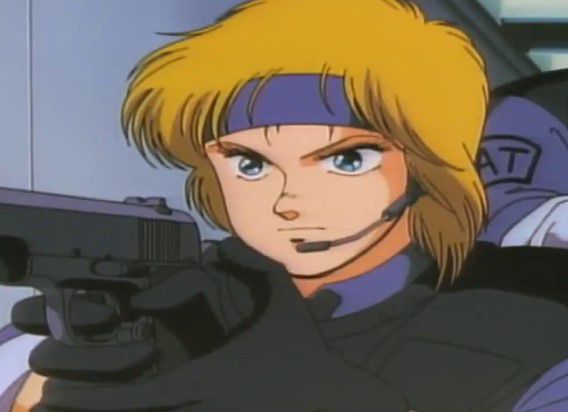 The city of Utopia, built in the aftermath of the Global War, is at the edge of total chaos. Deunan Knute, a survivor of the war, discovers the existence of a race of artificial humans, i.e., Bioroids.

Convinced that the cyborgs have been sabotaged, she is determined to find the cause of their short life spans. 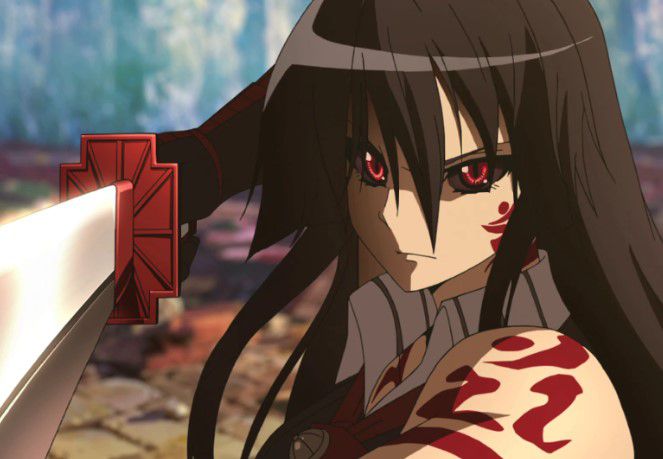 A naïve country boy named Tatsumi heads to the Imperial City with two of his close companions in order to raise an objection against the excessive taxation policies imposed on the villagers by the city authorities.

Tatsumi finds himself allying with Night Raid, a group of assassins, namely, the genius sniper Mine, the kind-hearted Steele, and the leader of the assassin group, Najenda.

With their help, he’s able to navigate the treacherous, corrupt and evil Empire. The series follows Tatsumi as he fights against the Empire and faces a series of challenges that question his morals and values. 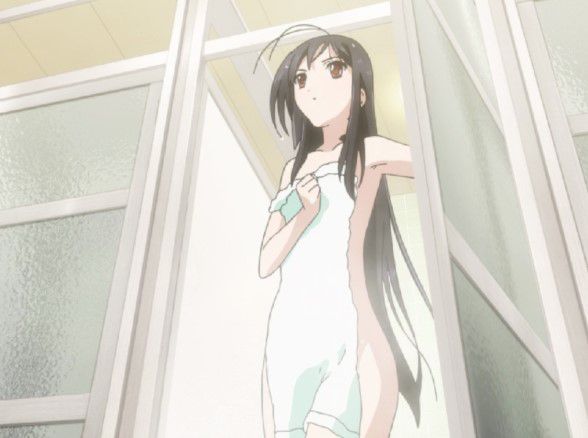 In the year 2046, the Neurolinker, a virtual network, can be accessed by people through their cell phone terminals.

In this world, a bullied middle-schooler, Harayuki Arita’s life turns upside down as he realizes that his game-high scores are beaten by Kuroyukihime, the Vice President of the Student Council.

She introduces a special program called ‘Brain Burst’ to him, which can accelerate the human mind to such an extreme that time itself seems to stop.

She helps him get rid of his bullies, following which the duo sets off to uncover the secrets of the program and defeat the ‘Six Kings of Pure Colour’.

The two lists contain a diverse set of popular animes that start with A, some of which are movies, and others are TV series.

These lists can be a fun way to discover and watch more animes with interesting plots and characters. Compiled on the basis of their popularity among anime fans around the world, they are sure to keep any casual viewer engaged!

If an anime series with multiple seasons is not up to your taste, then this list also features a couple of single-season series and movies.

A brief description of the plot and the genres are also provided so you can immediately start watching the anime of your choice. Have fun, and begin watching!