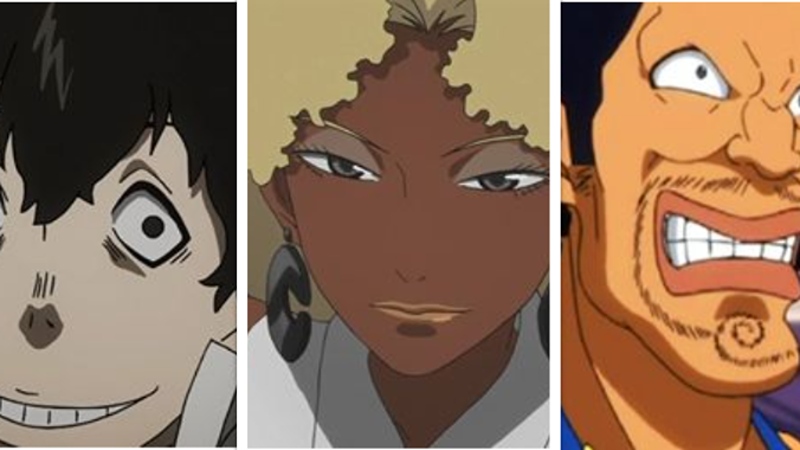 Hairstyles play a significant role in describing one’s character. It has a lot to tell us about the person. People nowadays have started styling their hair in new fashions. Among all the styles, the afro hairstyle is very famous. It is most commonly seen in the African people. This hairstyle is also seen in the anime series that we watch. In this article, we have mentioned a List of 17 Hottest Anime Characters with Afros (2022). Here, we include both the male and female Afro anime characters. Without wasting any further time, let us begin with our article. 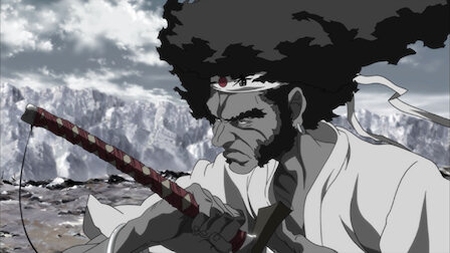 Afro Samurai is the main lead of the famous series Afro Samurai. He is a highly accomplished swordsman. Afro Samurai lost his father in front of his eyes when he was a child. It was because of this reason that his mind was full of revenge and hatred, making him kill everyone to gain satisfaction. He is a serious kind of person who rarely smiles at anyone. 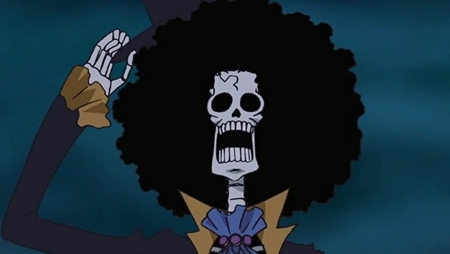 Brook is one of the swordsmen of the Straw Hat Pirates and a musician of the same. He gained control over his soul as well as the souls of other people using the powers of his Devil Fruit. Brook returned back to life after death because he had eaten Yomi Yomi no Mi. But, his body got reduced to a skeleton due to the time taken for the soul to find his body. 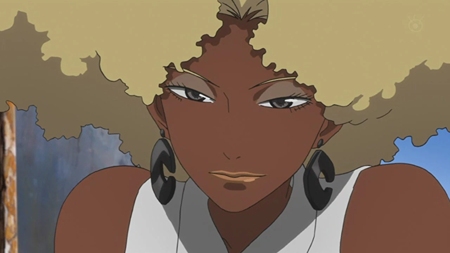 Now, we have Atsuko Jackson, a policeman of the Afro-Diamandran. She was responsible for the arrest of Machiko before the main plot started. She is a tall, skinny woman having tanned skin. Her hair is blond in color and is usually kept in an Afro fashion. Atsuko is a woman with strong determination and also has a really good conscience. 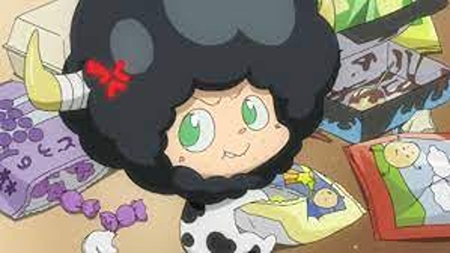 Following up, we have Lambo, a small hitman who visits the country of Japan with the intention to kill Reborn. Lambo never cleaned his teeth and is always seen snatching candies from other people. He keeps his hair in an afro and also styles it up with horns on both sides. However, he is a cry baby who cries over petty things. 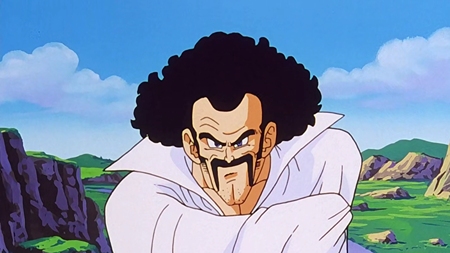 Mr. Satan is titled Hercule Satan and is the Champion of World Martial Arts. He is a tall man with an incredible physique. One can easily recognize him due to his afro hairstyle and sideburns, which are well maintained. He wears luxury clothes when he makes any public visit. As he ages, his huge afro is reduced to half as he turns bald from the center. 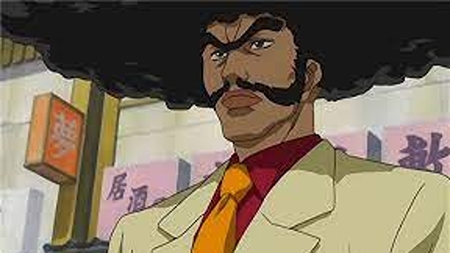 Hachirou is an enormous Afro-haired man whose nose hair touches his sideburns. Before he opted for cosmetic surgery, he was known as Hanako. He, along with Honjou, worked in a male host club called the Takamagahara. Hachirou calls Kyoshirou for clicking a picture just after Kagura’s assumption. 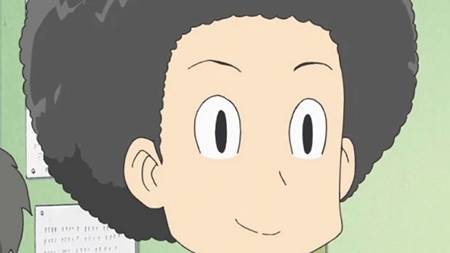 Following up, we have Tanaka, who has an afro which is, in reality, a wig. Tanaka uses it to store different school items or sometimes even food. He studies at Tokisadame High School. He is a very irritating person and always complains when the weather is hot and sunny. Tanka has black eyes and usually dresses in a white shirt or sometimes in his black school uniform. 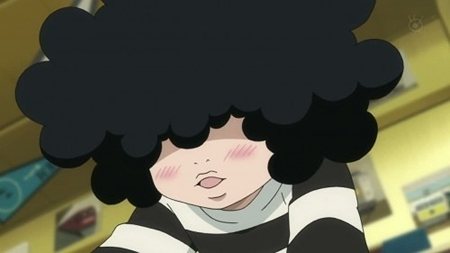 In the 12th position of 17 Hottest Anime Characters with Afros (2022), we have Banaba. He fascinates by trains and can tell about the quality of the meat just by looking at meat. Also, using his Banba scope, he can tell what type of food is inside any package. He has short curly hair, which completely covers his eyes, and he dresses in a white and black shirt. 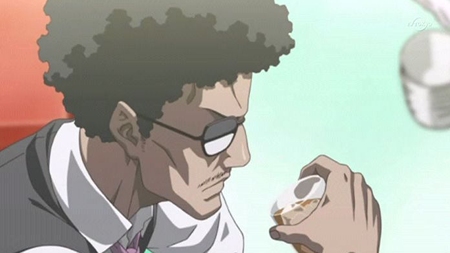 Coming up, we have Masa, the right hand of Gozaburo Seto and a member of the very famous Seto Group. He is a tall man with a great physique and has his hair in an afro style. Masa captures people’s attention because of his smart and good looks. Nagasumi, as well as her mother, admires Masa for his stylish looks. He is a very protective brother who cares a lot for his sister Akeno Shiranui. 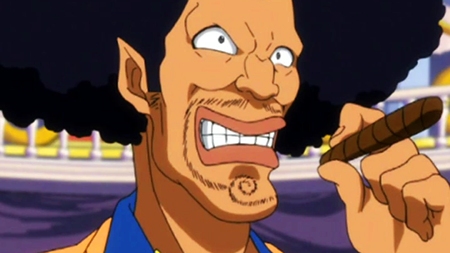 Velveno is a man with an afro hairstyle and an oval-shaped face with pointed ears. His mustache connects with his spiral beard, and he dresses up in a checkered shirt. He always has a cigar in his hand. With his magical powers, he can copy the magic of those he touches and, in turn, gives them the ability to adapt to many things. Velveno can also change his looks by just casting a Transformation spell. 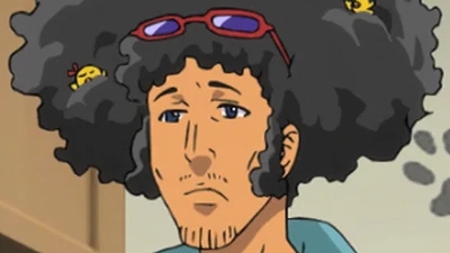 Following up, we have Kiyoshi Inukai, the owner of Iggy’s pet shop, who sells Kazu when Kirihime Natsuno pressurized him at the scissor point. After the incident, he is always scared to see Kirihime walking in front of his shop. He was half Japanese and half western, that too of Africa. 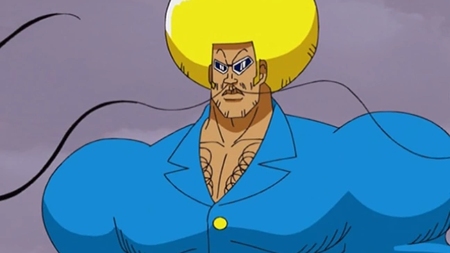 Next, we have Bobobo-bo Bo-bobo, a chill person with a muscular physique. He has yellow-colored hair, wears a fancy sunglass, and has an enormous afro hairstyle. He controls the group of bears which was mentioned earlier in the manga. The tiny humans and human-like boogers living in his nose help him to fight in the battle. No one can understand his behavior; not even his enemies know what step he will be taking next. On battling strong allies, he becomes earnest. 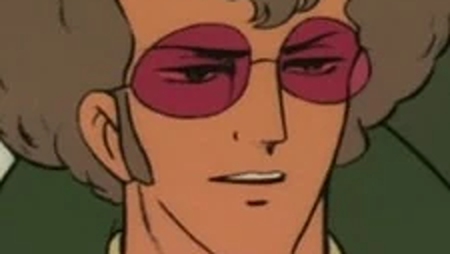 Following up, we have Kyoshiro Yuzuki, an excellent swordsman, and an astronaut. Kyoshiro Yuzuki deals with things practically and realistically, especially when it comes to war. He is a tall man with a huge physique and enormous brown hair of afro style. He knows the fact that love and war can sometimes be difficult situations. 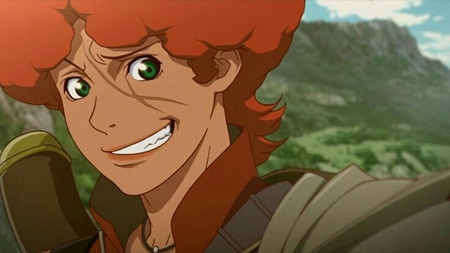 In the 4th position of 17 Hottest Anime Characters with Afros (2022), we have Favaro Leone, a young hunter who travels with Amira in the hope of meeting her mother. He is a man with orange-colored hair, eyes of green color, and hair styled in an afro. He attracts women and also enjoys being in their company. Favaro Leone is a talented warrior who fights with his dagger and uses a crossbow for far away enemies. 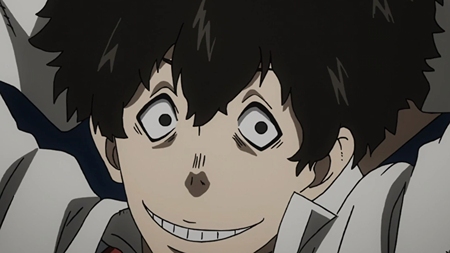 Now, we have Viktor Licht, the head of incendiary research at Hajima Industries. Viktor is a man with a huge dark brown afro hairstyle and sleepy eyes which appear dark due to a lack of pupils. He is an insane scientist, always interested in Special Fire Forces. Viktor is brilliant and has excellent knowledge of the subject of Chemistry. He also creates a bomb from the remains of Infernal and can also examine the things he cannot see thoroughly. 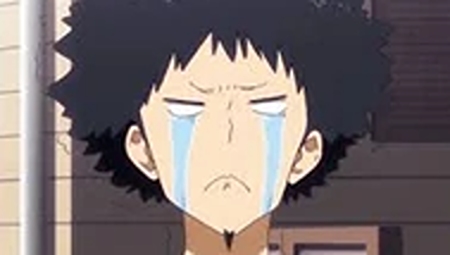 In the 2nd position, we have Takeshi Motoba, also known as Bomber. He is a man with spiky afro-black hair. Takeshi Motoba does nothing when he is at work and behaves in a silly or playful way when moving here and there. He has a weird relationship with his sister Kirie Motoba, who becomes angry with Takeshi after he upsets her. 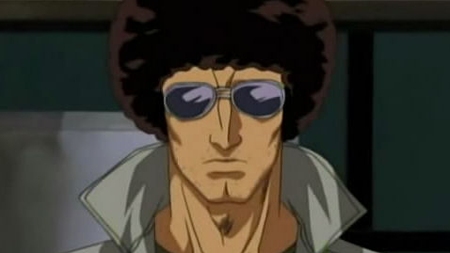 In the 1st position of 17 Hottest Anime Characters with Afros (2022), we have Ken Matsushiro, a manager of the Southern Branch of Tokyo. He also joins the head gang of the Hashiguchi family and later changes it to the afro community. Ken Matsushiro resembles Kyousuke in his youth and now loves to tease him.

Hope you all enjoyed reading our today’s article “List of 17 Hottest Anime Characters with Afros (2022)”. We will be very soon back with another interesting article. Till then, stay safe and stay connected to our website.