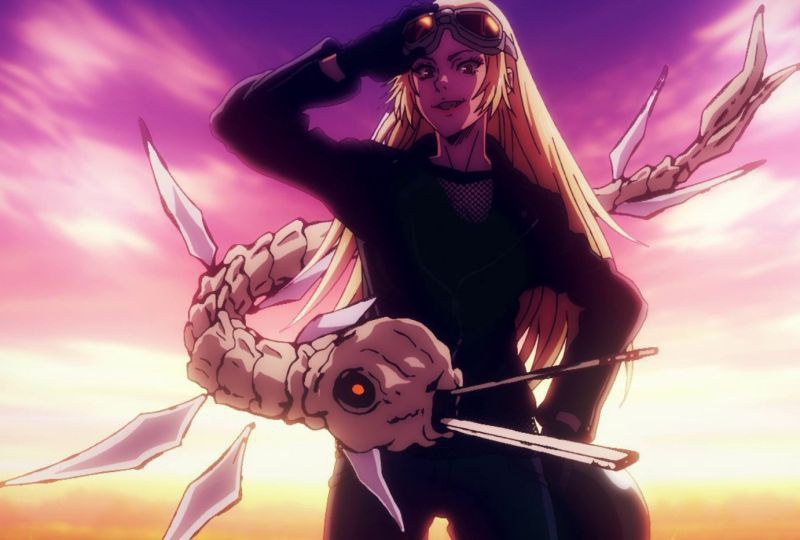 The manga is still ongoing, with 187 chapters out so far. The plot is currently narrating the events of the grand Culling Game planned by Kenjaku. For this game, Kenjaku resurrected quite a lot of powerful sorcerers that are as old as 400+ years. Therefore, considering the latest information available, we will be discussing the strongest female characters in Jujutsu Kaisen. Let’s get right to it! Ieiri Shoko was Gojo and Geto’s classmate during their schooling years. Shoko is now a doctor and works at Tokyo Jujutsu High. She secures a place in our list of strongest female characters in Jujutsu Kaisen because of her unique ability and non-problematic personality.

Shoko is a natural cursed energy user. Her Reversed Cursed Technique allows her to heal other people, making her a very important asset since only a few sorcerers are capable of it. She is not only an incredible sorcerer but also a highly intelligent and mature individual.

Shoko has always taken her job extremely seriously; as a result, she’s always stressed and sleep-deprived. As a result, she has grown to love alcohol and often smokes. She is one of the most valuable staff at Tokyo Jujutsu High because she always gets the job done and is extremely reliable. Her overall character design is simply admirable. 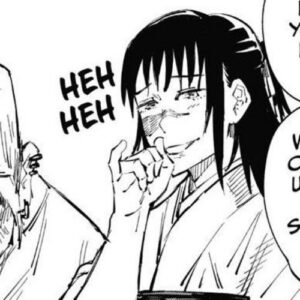 Utahime is a Semi-Grade 1 Jujutsu Sorcer who works for Kyoto Jujutsu High. She is one of the most elegant and traditionally dressed student supervisors. However, her cursed technique is not fully revealed yet.

Hence, the only information we have is that her cursed technique is related to singing. It would be exciting to witness another speech-cursed technique apart from Inumaki’s.

Another hint we have is that despite being a senior and a strong Jujutsu Sorcerer, she couldn’t climb the rank due to politics. More so because Nishimiya mentioned during her fight with Kugisaki that the JJK world indeed functions as a society.

Therefore, it’s even more difficult for female sorcerers to get fair treatment, especially if they aren’t “beautiful” or have scars or simply don’t belong to a powerful clan like Zenin.

Regardless, we can only wait for the manga to reveal her cursed techniques and see for ourselves. 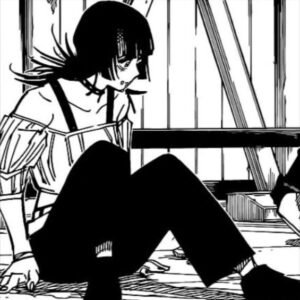 Kirara is one of the strongest Jujutsu Kaisen female characters. She is probably the only gender-fluid character in Jujutsu Kaisen. Since they are currently identifying as female, we will include them in our list.

Kirara is a third-year student at Tokyo Jujutsu High. However, due to their immense admiration towards Kinji Hakari, they followed him to Gachinko Fight Club, where they both work now.

Kirara possesses an overwhelming amount of cursed energy; as a result, they guard the operations room and prevent any uninvited person from entering.

Their innate technique is called Love Rendezvous, where they can target and mark the cursed energy of a person. This technique works on the principle of a constellation of five stars, making their technique very complex and full of rules. Hence, we see Megumi and Panda struggling when they fight against Kirara. 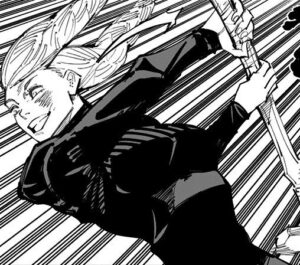 Mei Mei is a Grade 1 sorcerer who was also Gojo’s senior during their schooling years. She has a very cool and laid-back personality. Her major motivation in life is money.

Mei Mei believes that money matters the most, and therefore, she never does anything for free. On the other, she doesn’t care about the Jujutsu world’s politics and would get the job done as long as she gets paid.

As for her cursed energy, her innate technique allows her to control and manipulates crows. She can do so to multiple crows over a great distance and even see through their vision.

Mei Mei uses a giant ax during her fight and has defeated multiple special grades cursed spirits such as the Smallpox Deity. So far, only Gojo has been able to survive the lethal Bird Strike of hers. Hence, Mei Mei is undoubtedly one of the strongest female characters in Jujutsu Kaisen. 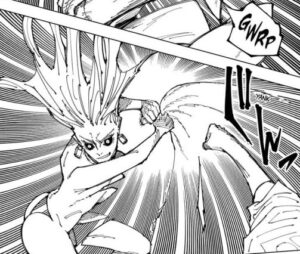 Uro is one of the strongest Jujutsu Kaisen female characters who fought toe to toe with Yuta. She was introduced during the Sendai Colony Arc as one of the resurrected Culling Game players.

In her past life, she was the leader of a group of elite assassin sorcerers. Now that she is resurrected, she is determined to make the most of her life. She is a short-tempered and straightforward individual.

Uro is an exceptional fighter with an incredible amount of cursed energy. Her innate technique allows her to manipulate space/plane. As a result, she is an extremely powerful sorcerer. She defeated almost fourteen players during the game and put up an incredible fight against Yuta. 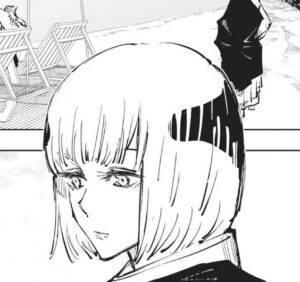 Uraume is one of the mysterious sorcerers who is over 1000 years old. She currently appears with Mahito’s faction. Very little is known about her except her unwavering loyalty to Sukuna. She is a short-tempered and ruthless individual.

As for her cursed technique, her insane amount of cursed energy allows her to have a wide range of attacks. Her innate technique allows her to generate and manipulate ice. Additionally, she can also use the Reverse Cursed technique to heal herself, as we witness during her fight against Choso and others.

Note: Uraume’s gender is not revealed yet. We will update this post once it’s officially surfaced. 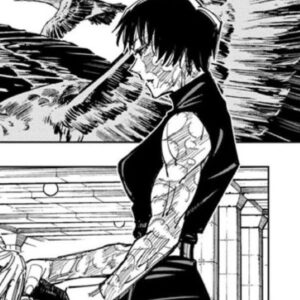 Maki is a second-year student at Tokyo Jujutsu High. She belongs to one of the Three Great Families. Born as a non-sorcerer, she was constantly discriminated against and belittled by her family. Despite that, she is a head-strong, independent, and extremely hard-working individual.

Despite being a non-sorcerer, she naturally has a very strong and athletic body. Therefore, she trained her body, developed insane combat skills, and mastered various cursed tools. Maki is often praised and compared to Fushiguro Toji, THE strongest non-sorcerer in the Jujutsu Kaisen fandom.

Throughout the manga, Maki has incredible power-up and character development. Zenin Maki is one of the top strongest female characters in Jujutsu Kaisen. 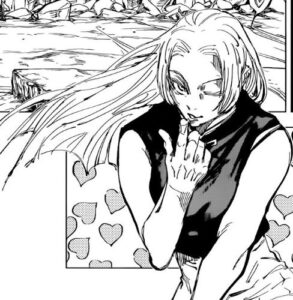 Yuki is one of the four special-grade sorcerers. Due to unjust politics, she left Jujutsu High and worked independently to achieve a world free of curses. She is a cool and playful yet bold and fun-loving individual.

Aoi Todo was amused by her when she first approached him when he was a boy. Later on, Todo trained under her and became an exceptional sorcerer. We see Yuki’s incredible prowess when she appears out of nowhere and saves the day during Shibuya Incident. No doubt, she is one of the strongest Jujutsu Kaisen female characters. 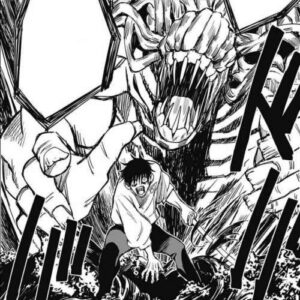 Rika, aka Queen of Curses, is a childhood friend of Yuta. Her life ended tragically in a car accident resulting in her turning into a special grade vengeful cursed spirit. She has haunted Yuta ever since. It was when Yuta entered Tokyo Jujutsu High that he learned to work with Rika and unravel the curse on her spirit.

Rika, as a special grade cursed spirit, is extremely powerful and unmatched. With just her arm manifested, she easily defeated other sorcerers. Her fully manifested form can overpower even the higher-ups at Jujutsu High. She is so powerful that Kenjaku envied having her fulfill his goals with zero problems.

We see her powers to the full extent during Yuta and her fight against Kenjaku. Rika is by far one of the strongest female characters who is a special grade cursed spirit in Jujutsu Kaisen. 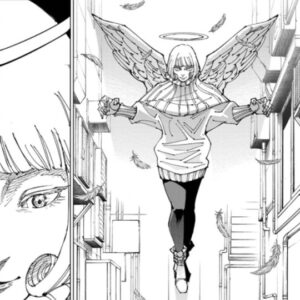 Hana is the strongest Jujutsu Kaisen female character. She is one of the participants of the Culling Game. She is said to be the key to opening the Prison Realm to free Gojo. Her cursed technique allows her to cancel/nullify any cursed technique used before her.

The details of her powers are still unknown. However, we see her flying over buildings during the Culling Game with the help of two tiny angel wings attached to her back. Hana’s cursed technique alone makes her pretty much invincible. Therefore, she takes the first spot on our list for now.

We hope you made it to the end of our article. We will be back with more articles containing ranking and discussion on various other characters, anime, manga, etc. Until then, stay tuned!

Dabi vs Shoto: Who would win?