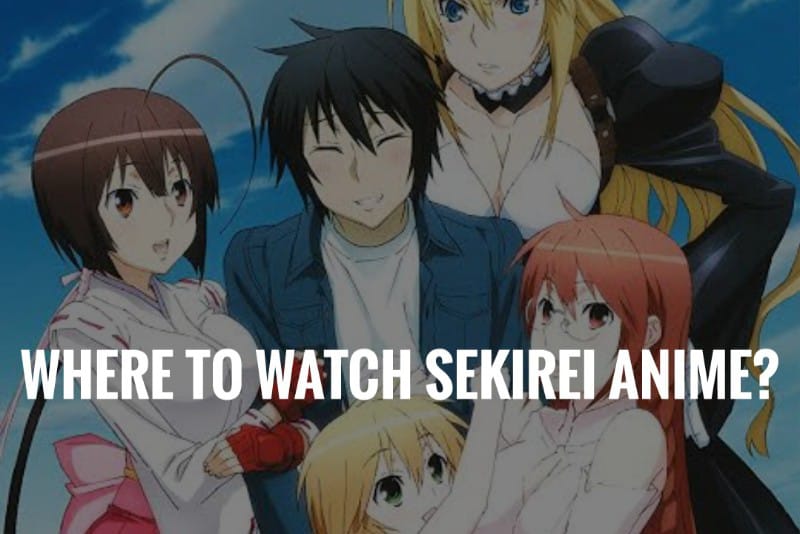 Sekirei & Sekirei: Pure Engagement is one of the best comedy-ecchi anime with a lot of action. In 2010-11, it gained exponential popularity among fans with the complete release of Season 1&2.

Recently, the hype of this anime has arrived one more time after the translation of Sekirei anime in English dub. Hence, many fans are facing issues on where and how to watch Sekirei?

The answer to the question, “Sekirei: Where to watch,” is: Sekirei is presently available on Amazon Prime but only for some regions. Fans can digitally purchase or buy a Blu-ray/ DVD of Sekirei & Sekirei: Pure Engagement, if available. Sekirei has a lot of unfit scenes; therefore, various official platforms removed it, and now it has become difficult to access.

Later in this post, we will explain more about where and how to watch Sekirei anime Season 1 & 2. So, let’s begin.

Where to watch Sekirei anime?

Fans can watch Sekirei anime by purchasing its old DVD or Blu-ray locally. However, it is difficult as all the offline purchases are out of stock. The other option is to search for this anime on many private services. Sekirei Season 1 (2008) has a total of 12 episodes, and Sekirei Season 2 Pure Engagement (2010) has 13 episodes. Both the seasons are presently not available on any of the official platforms.

In Japan, fans can watch this anime either on Gifu Chan, a famous Japanese TV station, or KBS Kyoto Channel 34, a non-premium television channel. These two services are the best to watch all types of anime. However, the catch is it is only available in Japan. 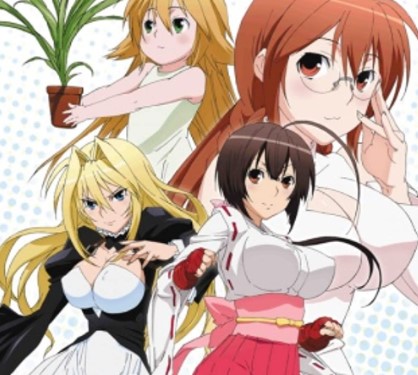 Sekirei is an ecchi anime with romance, action, and comedy. It has some unfit scenes that lead to the violation of legal services’ content policies. Therefore, every platform removed this anime from its library.

Is Sekirei on Funimation?

No, Sekirei Season 1 &2 are not available on Funimation for any country. Fans across the various regions advance to different private services to watch this anime. In the past, Funimation owned the right to broadcast this anime, but presently in 2022, its licenses expired.

Is Sekirei on Crunchyroll?

Is Sekirei on Netflix?

Netflix is one of the well-liked services with a collection of various exciting anime. However, right now, Sekirei animated series is not available on Netflix. Maybe in the future, Netflix will purchase the license to broadcast this anime.

Is Sekirei on Amazon Prime?

In the past, Sekirei & Sekirei: Pure Engagement is available on Amazon Prime. But right now, it is not available for the US region. Even its DVD and Blu-ray purchases are also out of stock. Fans have to advance on some other services to watch this anime.

Is Sekirei on Hulu?

No, like all other services, Sekirei & Sekirei: Pure Engagement is not available on Hulu in both the US and Japan region. If fans desire to watch this anime, they can search for it on gogoanime. However, it’s an unofficial service; therefore, you have to check whether this platform is accessible in your region or not.

The story revolves around a disappointed teenager Minato Sahashi, who failed twice in the college entrance exams. Being sad about his life because of not getting any girlfriend or achievement, he is planning to move village as he cannot afford city life anymore.

However, his life suddenly flipped upside-down when one day, a beautiful, supernatural woman from a different dimension falls from the sky. The woman introduces herself, Musubi, a unique being known as a “Sekirei,” a humanoid extraterrestrial with extraordinary abilities.

By making a relationship with a human, aliens can raise their latent power. Musubi and Minato are in love with each other forming a bond between the two, leading to the beginning of Minato’s new journey.

Where to watch Interspecies Reviewers in 2022?