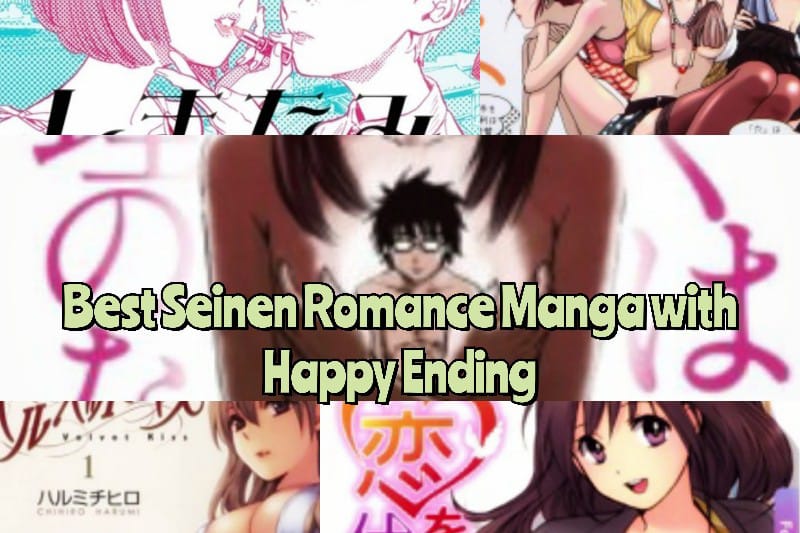 This article is updated based on current information.

Are you exhausted in search of the best Seinen romantic manga without the clichéd or predictable topics? If yes, then this post is for you. By deep-diving, we assimilate romance manga covers everything from sad love stories to twisted tales about forbidden love.

The internet provides you many results concerning this topic. Many websites have already offered a list of good or bad romance manga. So, how is this blog different from others?

The romance story has a wide variety of genres, from boys and girls to even different genders or interspecies. Therefore, we keep it simple by ranking the Seinen romance manga related to the slice of life with Happy Ending.

The category Seinen signifies that we witness a glimpse of an romance too. Thus, one can calm their desires of the mind by reading something suggestive. Let’s push on and set the list of Top 10+ Best Seinen Romance Manga with Happy Ending in motion. 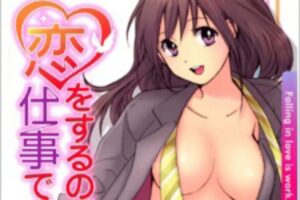 Begin with one of the most romantic Seinen manga; Koi wo Suru no ga Shigoto desu or Love on the Job. If you want some romance comedy, then you must commence with this series.

The story originates with a man, Ryou Hatsuhi, who gets his dream job at Takebou Commercial. His girlfriend, Minori Sawamura, is also selected for the job but in the rival company, the BNB Corporation.

As per the organization’s rule, it is forbidden to make a relationship with the rival company’s employees. Now this couple has to work in their dream companies by keeping their relationship a secret. 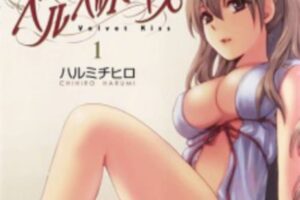 The story revolves around a young man, Shin Nitta. One day, he was in the celebration of getting a job and winning a lottery. The next morning, his loan agent informs him that he is under great debt. He is an average salaryman guy; therefore, for him, it is impossible to pay off his obligations.

He decides to befriend a wealthy, beautiful girl named Kanoko Kikuchiya, whom he met earlier in a business meeting. However, as the friendship flourishes between them, he comes to know of Kanoko’s true nature as a spoiled girl. Now to cover off his debts, he has to fulfill her desires. It is one of the great Seinen Romance manga to start with. 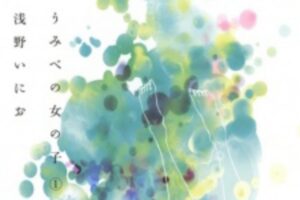 Umibe no Onnanoko or The Girl on the Shore is a slice of life Seinen Romantic manga. It’s a story of two teenagers, Keisuke Isobe and Koume Satou, who breathes a boring life in a seaside town. Keisuke loves Koume but always gets rejected by her.

One day, Koume’s crush breaks her heart, so to fill her emotional void, she comes into the “friends with benefit” relationship with Keisuke. And as time flies, their unordinary relationship turns into real feelings. 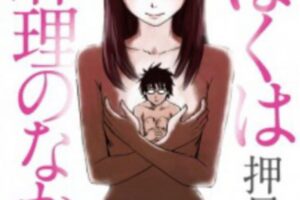 Boku wa Mari no Naka or Inside Mari, here the title flashes the main synopsis of the manga. A boy named Isao Komori lost all hope in his social life. He habitually plays video games to get rid of his depression.

Isao Komori always visits to catch sight of a beautiful high school girl named Mari Yoshizaki. One morning, he wakes in Mari’s body, and the best part is another Isao Komori living in his body.

From now on, the story raises, where Komori struggles to investigate the current situation and the sudden disappearance of Mari all by maintaining her daily life. If you want some plot twist with the Seinen romance genre, then this manga is best for you. 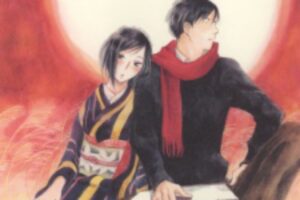 A beautiful love story with a slice of life is manifested in this manga. A beautiful girl named Akira falls in love with a talented art guy, Tetsuo. She always visits local art exhibitions to get a glimpse of his arts and works.

On a rainy night, she forgets her umbrella in the exhibition. Tetsuo notices and decides to deliver it to her. After delivering, Akira tells her feelings to him. And from here, the Seinen romance story goes on. 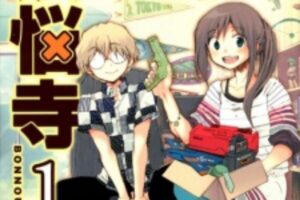 Bonnouji is one of the great Seinen Romance manga with a remarkable plot. The plot revolves around a 26-year-old girl, Michiyo Ozawa, who picks for a party with her co-workers after breaking up five years of relationship.

Urgently, she has to visit the nearest household for access to the toilet. There, she meets Zenji Oyamada, a guy who loves to collect many varieties of trinkets. His brother always sends him a box that contains trinkets from each of his eccentric. After looking at a mountain of boxes, Ozawa is very inquisitive about it. Her curiosity leads to a romance story of an ordinary couple and the strange boxes. 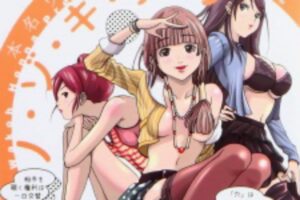 Nozoki Ana is one of the best Seinen Romance manga on the list. You can follow this manga to fulfill all the desires of romance with some comedy, a great plot, and a happy ending.

It’s a story of a boy, Tatsuhiko Kido, who desires a normal college life. However, he accidentally ends up meeting a girl Emiru, who loves him. So, to want his attention, she starts thinking of blackmailing him. And from now on, the grown-up life of Tatsuhiko springs.

I highly recommend you to read this manga. From the first chapter, you will recognize how enjoyable it’s going to be. 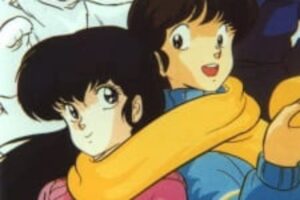 The 90’s manga Maison Ikkoku is the name of an old boarding house where tension mounts every time. Yuusaku Godai, a resident, gets frustrated with the constant disturbances and tumultuous partying.

In planning to shift to another place, he meets the new boarding house manager, Kyoko Otonashi, and falls in love with her at first sight. However, the problem is; she is a widow. So how will their story go on? 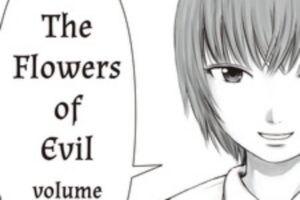 Aku no Hana is a Shounen manga, however we have mentioned it in the list because of its great plot. The main character of Aku no Hana series is an upsetting and impudent girl named Sawa Nakamura. The story spins around an introverted boy, Takao Kasuga, who has a crush on the most beautiful girl, Nanako Saeki.

One day, Takao forgets his books in the school. On the way back, he notices Nanako has left her gym clothes lying on the floor. Without any second thought, he steals them. On the other hand, Sawa Nakamura, who witnessed his thievery, has begun squeezing him. If you like teasing stories, then this manga is best for you. 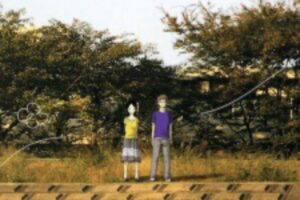 Solanin, a slice of life, is my personal favorite Seinen Romance manga that demonstrates society’s hidden truth. A 23-year-old girl, Meiko Inoue, quit her good job searching for a worthier goal with her boyfriend, Naruo Taneda.

She abandoned her old life and decided to revive Taneda’s college band, Rotti. But can she actually make her nebulous dreams come true? This is a story of trials, love, loss, and grief that people agonize in their twenties. 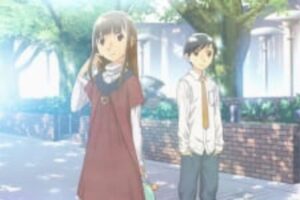 Another romance manga portrays the issues of being transgender, gender identity, and the beginning of puberty. This manga is not for sensitive people because it has a lot of graphic language.

It comprises a story of a young trans girl, Shuuichi Nitori, who is a cute fifth-grade student. Shuuchi loves to wear beautiful girls’ clothes. However, when puberty hits, Shuuchi realizes hair growth and hormonal changes in the body. 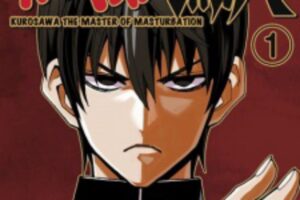 If you want some brilliant redemption manga with some fully grown romance and a great plot, then Onani Master Kurosawa is best for you. The story revolves around fourteen-year-old Kakeru Kurosawa having a supremacy complex and mind full of sensual thoughts.

One day, he rescues a girl, Aya Kitahara, from bullying by stealing the uniforms of the bullies, and with this fateful encounter, both Aya and Kakeru’s life has shifted. It is a sweet story with an inspirational plot. 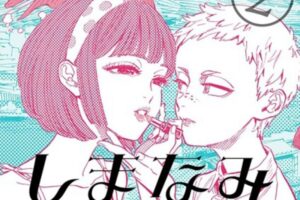 Shimananmi Tasogare is one of the elegant Yaoi Romance manga series where the protagonist, Tasuku Kaname, faces too many problems when his classmates find out his fondness for boys. Therefore, he decides to commit suicide.

At the top of the building, he discovers a woman is also planning to commit suicide. He rushes the scene to save her, and then this accidental meeting will change their perspective on life. 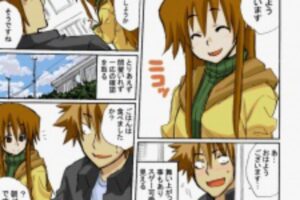 Based on ratings, Chikan Otoko or Molester Man has the 1st position on the list. There is a reason behind it. This series encompasses all things from romance to plot, art, and drama. Everything is splendidly illustrated, like a real-life story.

It also has an outstanding plot where a man was mistakenly arrested. Later on, he discovers that a girl is traumatized by her stalker. So, he offers his hands in the hope of dating her. And from there, the story originates.

Now, here ends the list of Top 10+ Best Seinen Romance Manga with Happy Ending. Everyone has their personal taste and perspective on the romance manga; therefore, we arrayed the list based on myanimelist score.

It means you can pick any series from the list according to your likings. Many of the titles in the list have grown-up content; that’s why you have to follow the unofficial websites or apps to read these manga. We will be back with another article. Till then, stay safe and read the article below.