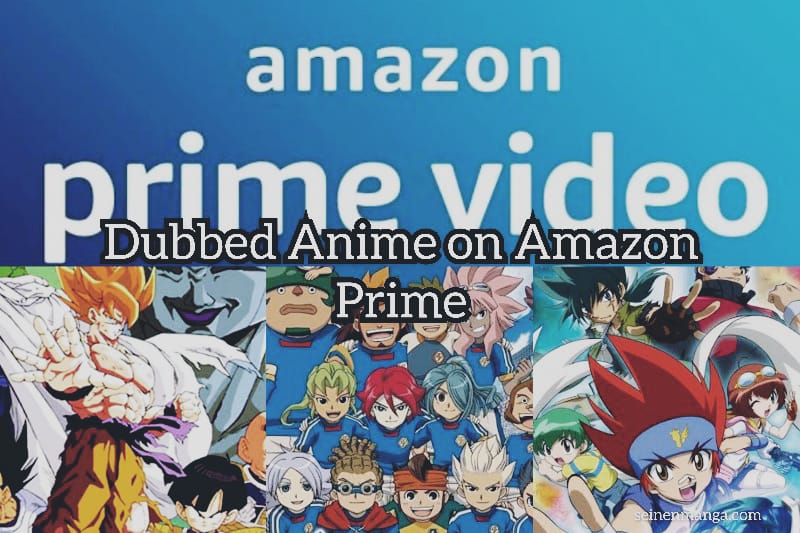 Anime is a Japanese animated series that has become popular among people worldwide. Some like anime in original Japanese audio, while others can relate much better in English dubbed. Nevertheless, it also depends on how the anime is dubbed. For example, for Naruto and My Hero Academia, people love dubbed version more than the original series. Cheers to the voice artists of these anime. Hence, we have covered the list of Top 15 Best Dubbed Anime on Amazon Prime Video.

This post is basically for the fans who struggle to find Amazon Prime dubbed anime. Also, the list is based on the USA availability, which means some of the below anime may not be available in several regions. In that case, we recommend fans either use a VPN to change the location or advance for other platforms. So, let’s begin our list.

Ginga Hagane, with his modified Beyblade (Galaxy Pegasus W105R2F), and his crew are back in Beyblade: Metal Master, and this time they will take down the World Championship. On the contrary, his rival Masamune Kadoya from the USA has also participated in the tournament to defeat Ginga. But the twist is world’s top Blader Kyoya decided to join the African team instead of the Japanese team and Ginga. Now Ginga has to face both his rival and the world’s top blader. This anime series is suitable for any age group.

The only movie on the list is Sword Art Online, The Movie -Ordinal Scale. The game-based film comprises action-adventure, fantasy, and romance. It is a story of the future 2026; four years after the Sword Art Online incident, new safe technology has come into the market, the Auguma. The advantage of Auguma is that players can use it consciously. Now everyone purchases this device to play their fantasy role in the game for rankings and rewards.

In the realm, where people with magic join different guilds to take on the job requests. The story revolves around the environment of the Fairy Tail Guild, the strongest guild. Natsu Dragneel and his partner Happy, the known mages of the Fairy Tail Guild, will go on an adventurous journey to find his father, the dragon Igneel. Fairy Tail is a never-ending adventure series where Natsu, the protagonist, makes different friends and overcomes various obstacles with his Fire Dragon Slayer Magic.

Another anime series for all age groups is Inazuma Eleven. This sports anime comprises soccer competitions with superpowers. Mamoru Endou, the goalkeeper of Inazuma Eleven, struggles to recruit the new best players in the team. One day he finds, Shuuya Gouenji, a brilliant striker who has given up on soccer. Therefore, he is determined to recruit Shuuya and other good players in this team to compete for the title of the best soccer team in the country.

Bleach is a story of hollows, spirit realm, souper reaper, soul society, and many other things beyond the human world. It is a story of a 15 years old schoolboy, Ichigo Kurosaki, who accidentally become Soul Reaper to save his family. After that, he learned that his friends also have some supernatural powers. Together they form a team to save Rukia, ex-Soul Reaper, from the spirit world of Soul Society for helping a human, Ichigo.

The story of the ninja world where the war is going on between the various nations. Among them, the Hidden Leaf Village is said to be the strongest village. One night, a demon nine-tail fox attacked the Leaf Village, 4th Hokage (the strongest ninja) sacrificed his life and sealed the beast in a child, Naruto Uzumaki. From then, the story of Naruto Uzumaki begins who desire to become the next Hokage. However, due to the seal, he struggles to use his chakra. The Naruto series is a story of an orphan boy, Naruto Uzumaki, who always ends up last in any ninja exam. People dislike him because of the monster inside him.

In a world where more than 70 percent of people have super abilities known as Quirks. People who use their quirks for harmful activities are considered the Villains, and to oppose them, Heroes play their role. Izuku Midoriya, a Quirkless boy who dreams of becoming the strongest hero like All Might. One day, his life changed when All Might decided to transfer his quirk, One For All, after an incident. However, great power comes with great responsibility, and to obtain this power, he has to sacrifice everything.

Black Clover has an exciting plot of a magic world where everyone knows magic and is loved by mana. In this discriminative world, the one who is a powerful mage earns more respect in society. Commoners have no right to live in the central kingdom where Magic knights or Nobels reside in the Clover Kingdom. They live on the outskirts of the kingdom. It is a story of two orphan children, Yuno and Asta, who live in the Church outside the Clover Kingdom. They both rival each other to become the next Wizard King. One day, their life changed when Yuno, who is loved by mana, got the 4-leaf clover, the legendary grimoire, and on the other hand, Asta received nothing. But the same day, the one who is not loved by mana is chosen by the devils. And Asta received the five-clover devil grimoire, i.e., Black Clover.

Full Metal Alchemist anime teaches that to gain something, you must sacrifice something of equal value. It is a story of two brothers, Edward Elric and Alphonse, who tried to resurrect their dead mother through the forbidden act of human alteration. The death took Edward’s both limbs and his brother Alphonse in exchange for his mother’s body (which got already decayed). Edward somehow managed to seal Alphonse’s soul in armor to protect from death. A year later, Edward has become a Full Metal Alchemist, and he with his brother begins the journey to find philosopher stone to revive his brother’s body back.

The most famous childhood anime series is Dragon Ball Z. After the Dragon Ball series, we witness the continuation of Goku’s peaceful life with his wife and son on Earth. However, this peace ends after arriving off a mysterious enemy named Raditz, who is the biological brother of Goku. He explained the true motives of Saiyan and tried to recruit him, however after failing; he warned him that the new threats were approaching the Earth, i.e., Vegeta and Frieza.

One-Punch Man is a story of an ordinary person named Saitama who wants to become a successful hero. For this, he trained his body with 100 push-ups, 100 sit-ups, 100 squats, and a 10 km run every day for three years. Even his bones cracked, he never ceases and inadvertently removes the limiter of his body. In exchange for all his emotions, he gained an immeasurable strength and became one of the strongest characters in anime history. However, now every opponent is one punch to him, and he is bored with his emotionless life.

Attack on Titan or Shingeki no Kyojin has gained exponential popularity this year. This history anime series showed the invasion of giant humanoids, called Titans, on humanity. For survival, humankind constructed enormous concentric walls and began to live inside. One hundred years have passed, and now everyone is living a peaceful life inside the walls. However, one day, a Colossal Titan suddenly appeared and destroyed the outer part of the wall and made the passage for the other Titans. How will everyone save themselves from the Titans?

Demon Slayer is one of the best demon anime with fantastic animation and theme music. It has a plot of ancient times when demon slayer corps protect people from the demons which devour them at night. The story revolves around a kind, hardworking boy, Tanjiro Kamado, who sells woods in the villages for his family. One night, a demon massacred all his family members and transformed his sister into a monster. To seek revenge against the demons and to cure his sister, Tanjiro joined the demon slayer corps.

One Piece is a complete anime series with action, adventure, comedy, emotion, and fantasy. Among all the anime series, One Piece has the best plot. The series began when the Pirate King, Gol D. Roger, revealed that his wealth and treasure were on an island somewhere in the Grand Line before his execution. Now everyone wants to become a pirate in search of his glory, known as One Piece. The anime is a story of a 17-year-old boy, Monkey D. Luffy, who wants to become a Pirate King. One day, he accidentally ate Rubber-Rubber devil fruit, in which his body gains all the rubber properties; however, in exchange, he loses his ability to swim. With his rubber ability, he alone set sail to find crewmates and form the most influential pirate group.

The number anime series on the list based on myanimelist rating is Hunter x Hunter. This action-adventure series has a lot of superpower fighting scenes with a great plot. The plot revolves around a world full of creatures and monsters where hunters are assigned for various dangerous missions. In this treacherous world, a 12-year-old Gon Freecss decided to become the best Hunter by overcoming all the challenges. His only dream is to locate his father, who abandoned him at a very young age. In his journey, he meets many new powerful friends. Soon he realizes that the hunter’s work is far more challenging than he could ever imagine.

Here we conclude our article on the Top 15 best-dubbed anime on Amazon Prime Video 2022. You can watch all these dubbed anime free of cost on Amazon Prime Video if you have a Prime subscription. If not, then you’ve paid for every episode. We highly recommend you to advance for the yearly subscription. As mentioned before, all these anime are available on Prime Video in the US (except for FMA). Therefore, fans from different countries can use VPN to access the US Prime Video to watch their favorite series. We will be back with another list. Till then, stay tuned with us.