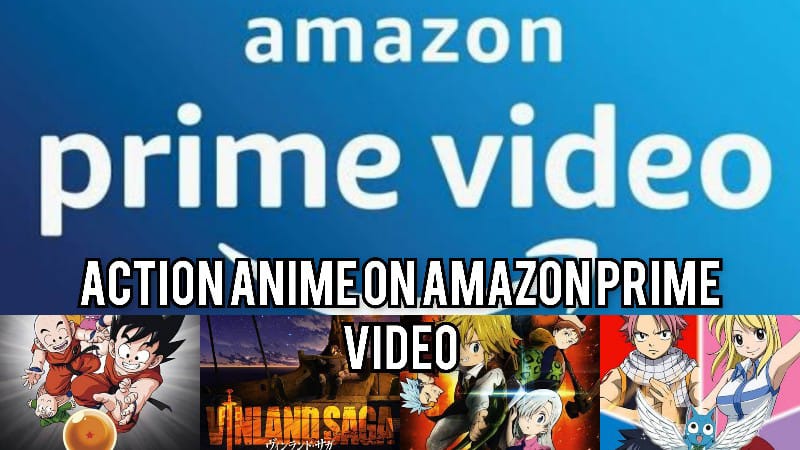 Action is the most extensive genre, especially in anime series. Everyone admires action, whether you are a newbie or an excellent binge-watcher. Hence, to keep this in mind, below I’ve listed the Top 15 best anime available on Amazon Prime Video (US) with extraordinary action scenes.

It comprises top superheroes, sword fighting, martial arts, and other big anime with fantastic animation. So, without any further delay, let’s begin.

If you like short-action anime, then Overload is best for you. It has a total of only 13 episodes available in both dub and sub on Amazon Prime Video. It has a plot of a real virtual game Yggdrasil. It is in the Final hour, and the powerful wizard, Momonga, decides to spend his last few moments in the game.

However, instead of shutting the servers down, the clock in the game struck midnight, and the non-player characters developed their personalities. To deep dive into the situation, Momonga commands his loyal servants to investigate the reason behind this sudden change.

Nakajima Atsushi, an orphanage child, was kicked out, and now he has nowhere to go. Accidently he rescues a man from drowning in a river. That man is Dazai Osamu, the famous detective with supernatural powers. Now, Nakajima, Dazai, and his partner are beginning to investigate a dangerous case on the tiger, which has some connection with Nakajima.

Vinland Saga is a historical action anime with Seinen demographics in it. It has only 1 season with 24 episodes and has availability on Amazon Prime Video.

The plot resides in the century where the war between England and the Dames grows worse with each passing year. Thorfinn, the son of the legendary Viking Thors, desires to take revenge from Askeladd, who slew his father. In this world, every Viking dream is to visit the place of legend, Vinland, where there is no war and everyone is living happily.

However, presently Amazon Prime Video has only its two seasons. For the other season, you can follow either Funimation or Crunchyroll. The plot revolves around the middle age period where Holy Knights used powerful magic to save the kingdoms from demons. One day, a group of powerful knights known as the “Seven Deadly Sins” assassinated the ruler of the Liones Kingdom and ran off.

After ten years, the princess of Britannia begins her journey in search of the legendary knights to protect her kingdom, where she meets Meliodas, the captain of the “Seven Deadly Sins.” Now they both travel together in search of the other members.

Kimetsu no Yaiba/ Demon Slayer is one of the most popular action anime this year. It has the greatest action scenes with incredible animation. Its movie Mugen train has already surpassed many other blockbuster movies with a total collection of over 503 million USD.

On Amazon Prime Video, you can watch its 1 season with 26 episodes and Mugen Train movie with your Prime id. The plot revolves around a poor hardworking boy, Tanjiro, who is the only earning member in his family. One night, a demon devours all his family members and turns his sister, Nezuko, into a demon. Therefore, to take revenge for his family and sister, he decides to become a Demon Slayer.

Black Clover is one of the anime series which has gained popularity recently. It’s a complete anime in terms of action, adventure, plot, and fantasy. It has a total of 15 seasons available on Amazon Prime Video.

Black Clover has a tale of the world where magic is everything. The ones with a large amount of mana will be respected and considered vital. A boy named Asta is the only one in the world who doesn’t have a single amount of mana. Therefore, he regularly exercises to get rid of his depression from his surroundings. One day, the boy who is not loved by mana is chosen by the devil, and he is granted by the five-leaf / black clover grimoire. With his Grimoire and ability to cut any magic, he begins his journey to becoming the Wizard King.

Luckily, Amazon Prime Video has all five seasons. And MHA 6th season is likely to be released next year. Therefore, it is the best time to take advantage of this gap. The plot comprises a world where 70% of the population has an extraordinary power known as Quirk. In this world, a boy named Izuku Midoriya wants to become the strongest hero like All Might, despite being quirkless.

However, one day, All Might decided to transfer his Quirk, One for All, to him. And from that day, his life changed.

Fairy Tail is also identical to Black Clover in terms of magic anime. It is also a very popular action anime. Currently, it is finished, and you can watch all of its 26 seasons on Amazon Prime Video US.

The story revolves around a world where magic is used as an essential part of daily life. There are countless magic guilds, and among them, the Fairy Tail guild is considered to be most vital.

A girl named Lucy Heartfilia, whose dream is to become a part of the Fairy Tail Guild, searches for celestial gate keys. These magical keys will help her to become a full-fledged wizard. One day, due to an incident, she runs into famous Natsu, the Salamander of the Fairy Tail guild, who later invites her into the guild.

As I’ve already mentioned in my previous article, One Punch Man is one of my favorite anime series so far. Based on comedy and action, it has surpassed much best anime series. If you want an anime with extraordinary action scenes, along with too much humor, then One Punch Man is the best choice.

Amazon Prime Video has both seasons. You can watch it easily with your prime subscription. It is a story of an average man, Saitama, who wants to become a hero. For this, he trained every day with 100 push-ups, 100 sit-ups, 100 squats, and a 10 km run every day for three years. And accidentally, he removes the limiter from his body. Now he has become the most powerful character in the One Punch Man series that only one punch is enough to take down anyone.

However, with this overwhelming power, his life gets bored because no one is equivalent to him. So, how he gets rid of the boredom?

This year, Shingeki no Kyojin has gained exponential popularity after getting the anime adaptation from the Mappa studio for its last season. The second part of its previous season is scheduled to be released this Winter. It is the best time to watch AOT anime series so that you can catch its last season.

Unfortunately, Amazon Prime Video has only three seasons available right now. For the 4th season, you have to follow other official streaming sites like Funimation. It is a story of a time where the Humanoid Giants called Titans attacked humanity. No one knows their origins. Therefore, to save themselves, humankind constructed an enormous concentric wall and began to live inside it. After hundred years, a colossal titan suddenly appears and collapses the last wall. Now how will humanity save themselves?

One of the most popular worldwide anime series is Hunter x Hunter. It has the best plot, action, adventure, fantasy, and superpower fighting scenes. In my opinion, many of you have already watched this series or seen its action clips on various social media platforms.

Also, we can watch it on Amazon Prime Video for the US. It has a total of 7 seasons with 148 episodes. The story revolves around Gon, who wants to become a hunter in search of his father. In his journey, he meets and makes new talented friends, Killua, Leorio, and Kurapika. Now they have to survive in a world where a true hunter means to conquer various monsters, creatures, and other characters.

Bleach is also one of the big three anime series, along with Naruto and One Piece. It has some bizarre action scenes. Also, its primary genre is supernatural; hence you’ll definitely love this anime series.

You can watch all its 26 seasons on Amazon Prime Video. The paranormal story revolves around an ordinary high school boy, Ichigo Kurosaki. One night an evil spirit known as Hollow tried to devour his family for their souls. Luckily, they were saved by Rukia Kuchiki, a Soul Reaper. However, the hollows injured her, and no one left to save her besides Ichigo.

So, she decided to offer her power to Ichigo, and due to this offering, Ichigo has become a substitute Soul Reaper and is assigned to clear all the Hollows from his town.

Here we are considering the whole Naruto series, including the Shippuden part. Naruto is one of the three great anime series. All you have to do is start watching it, and you’ll like it in no time. The Naruto series is best for all age groups.

Presently Amazon prime video has a collection of both Naruto and Naruto Shippuden. If you are a resident of the US, you can easily watch with your premium subscription. This series is a journey of a boy, Naruto Uzumaki of the Hidden Leaf Village, who has to overcome all the hardships to achieve his desire to become the Hokage (Hidden Leaf’s most potent ninja).

One Piece is also one of the big three anime series. It is a complete anime. Based on the plot, it is the number 1 anime among all the series. However, Amazon Prime Video has only 11 seasons with 653 episodes. It means you can begin it on Prime Video, but after 653 episodes, you have to shift to the other streaming sites.

One Piece is a story of a boy, Monkey D. Luffy, who set sails in the sea to become the Pirate King. In his journey, he makes new friends and crewmates and names his Pirate Crew “the Straw Pirates.” His main goal is to find the One Piece, the greatest treasure of the previous Pirate King, and to achieve this; he has to face other monstrous pirates.

The best part is all the series are available on Amazon Prime Video and accessible to US fans. The story begins when a girl named Bulma runs into a small boy, Son Goku, in search of Dragon Balls. To get one of the Dragon Balls, she makes a deal with Goku to tag him along on her journey. 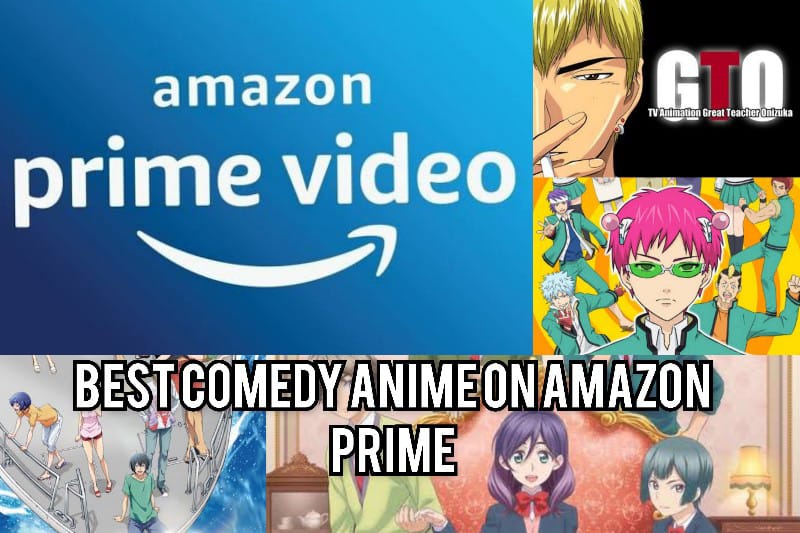 Here, we concluded our list of Top 15 Remarkable Action Anime on Amazon Prime Video US. I hope you like it. The list was mainly focused on the Amazon Prime Video US. Therefore, there is a possibility in your region; some anime series might not be available. In that case, use VPN to watch your favorite series. We will be back with another listing article. Till then, stay tuned with us.