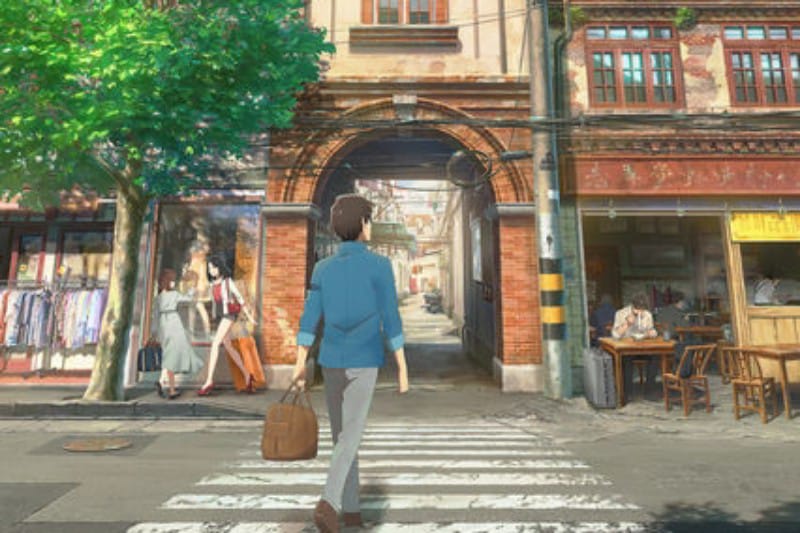 This article is updated based on new information.

The word Anime makes one imagine romance stories, action scenes, and comedy series. And since it has much more to offer, we bring the Top 10 Best Happy Ending Anime Movies to you.

That’s one of the reasons for its popularity in the recent decade. Another reason is the graphics, i.e., animation of the series, and the credit goes to the studios.

The same goes for Anime movies, and nowadays, it is being included in mainstream media too. Without a doubt, anime movies embrace different topics, even the ones which are thought odd or taboo in some parts of the world.

As a result, there are many sad movies, and some even have a tragic end. Most audiences prefer a happy-go-lucky theme or an overall happy ending. So, in this post, we will discuss and list the Top 10 Best Happy Ending Anime Movies. 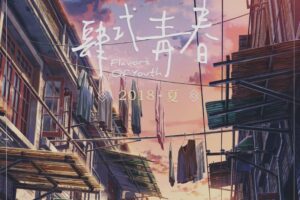 Plot – Flavors of Youth or Shikioriori is a combination of three stories that describe the meticulous city life of China. The story mainly focuses on the loss of youth and the realization of adulthood.

Here, we delve into the story of regret that blossoms after one fails to make the right decision. Thus with many bowls of noodles, young love, and family, we taste the flavors of youth.

Where to Watch – Netflix/GoGoAnime (Unofficial) 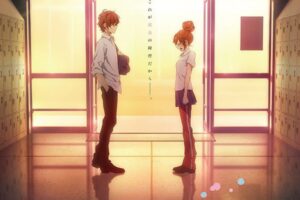 Plot – This movie displays the ups and downs of high school romance and the hurdles of confessing. Set in Sakuragaoka High School, the story mainly revolves around Natsuki Enomoto, who is in love with Yuu Setoguchi.

Being childhood friends, although close, the two are oblivious and mutually pine over each other. And this is what makes Natsuki’s multiple confession attempts fail with a whole plethora of feelings.

While they are the main focus, we also get to watch their close friends get entangled with the string of love. Thus the movie has a knack for making you ride a rollercoaster of emotions with a pleasant ending.

Plot – Hello World gives us the story of two bookworms, Naomi Katagaki and Ruri Ichigyou. Although Naomi’s introverted personality keeps him away from others, he’s even warier of approaching Ruri, who is known for her blunt, unfriendly personality.

However, everything changes when he goes on a walk one day and ends up meeting his future self, who appears through a crimson sky aura. As he meets himself, he is informed that he must prevent a tragedy that will claim Ruri’s life.

And so, with a set of instructions and tips given to him, he must now get close to Ruri and save her from her fate. 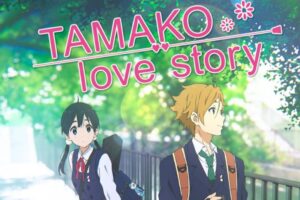 Plot – Tamako Kitashirakawa is a clueless girl in her last year of high school who plans to take over the family business. Her main focus for a while seems to be her baton performance at the school festival.

However, she is soon confronted by the fact that her acquaintances have been planning for much grander futures. To add to this, her childhood friend and neighbor, Mochizou Ooji, harbors romantic feelings for her and is planning on confessing before he has to leave for further studies.

And so we get to see both sides of whether romance and life can coexist despite the smallness of people.

Where to Watch – GoGoAnime (Unofficial)

6) Whisper of the Heart- 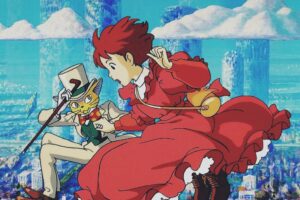 Plot – Shizuku Tsukishima is a 14-year-old who loves reading and thus spends her time frequenting the library. As she checks her book checkout card, she notices that Seiji Amasawa seems to have the same reading preference as her.

Later on, she hopes to find and befriend him, she ends up following a cat on a train which leads her to Seiji, and thus the two end up friends. As Seiji begins to share his dreams, she notices that she has yet to make some of her own.

This leads to Shizuku listening to the whispers of her heart and the advice of others to realize her potential and set her goals.

Plot – In the 1950s, Tatsuo Kusakabe and his two daughters, Satsuki and Mei, move to the countryside to be closer to their ailing mother. With Tatsuo burdened with adult life, the two are mostly left to their own devices.

One day as Mei chases a bunny-like creature into the forest, she encounters a huge forest spirit called Totoro. And so as the two siblings get to know Tororo, their lives are filled with magic and adventure. 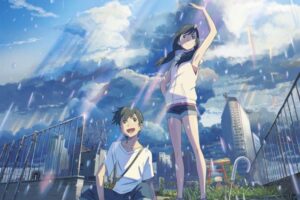 Plot – In the ever-gloomy Tokyo overshadowed by eternal rain, Hodaka Morishima and Hina Amano struggle to make a living. However, after a string of events, the two end up running away together as Hodaka saves Hina from some thugs.

As they get to know each other, Hodaka finds out that Hina can call out the sun if she prays for it and thus makes a plan to make a living out of it. However, as she uses her ability, a price is left to pay.

And so, the two struggle to survive while having to deal with the consequences of messing with nature. 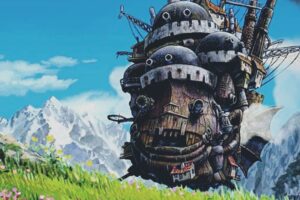 Plot – Sophie Hatter lives in a small village where she works as a hat maker. Here, although she hears of the womanizer wizard Howl, she chooses to live a quiet life.

However, she is soon dragged into an issue that leads to Howl saving her. Soon after, the Witch of the Waste sets her eyes on her and curses her to look like an older woman.

As Sophie sets out to reverse the curse, she ends up joining Howl in his moving castle. Thus with magic, mystery, and enemies, she experiences a whole new adventure. 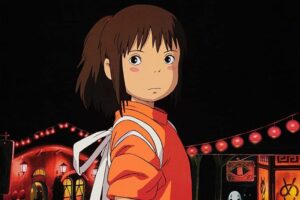 Plot – 10-year-old Chihiro Ogino and her parents are on their way to moving into their new house when they encounter an old amusement park. As her parents decide to look around, Chihiro being a child, is wary of her surroundings.

And as it turns out, she was undoubtedly right to be so as they end up in the spirit world and her parents turn into pigs. Here, with the help of Haku, she must now survive and look for ways to escape. Spirited Away is one of the best happy ending anime movies to watch in 2022. 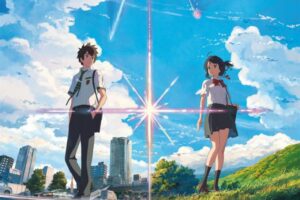 Plot – Mitsuya Miyamizu and Taki Tachibana yearn for the life the other has without ever meeting each other. But when their wish is fulfilled. It is done so with a twist as they wake up in the other’s body.

Trying to understand this weird twist of fate, the two begin searching for each other. However, this doesn’t happen, and they soon realize the truth as to why.

And so, as the two impact each other’s lives, they also plan to change the fate that prevents them from the meeting. Your Name is one of the best happy ending anime movies to watch in 2022.

Today’s discussion concludes here, and four of the anime movies from Studio Ghibli made it on the list. Any productions from that studio are worth watching, and most of them have happy endings.

Moreover, all the movies on this list have strong plotlines either with a slice of life or drama and easily attract viewers with their well-developed characters. Also, one can relate to the emotions that the characters on-screen go through.

Let us know your favorite animated movie in the comment section. It will be fascinating to know more about other Happy Ending Anime movies. We will rank them also in our list based on myanimelist score. We will be back with more recommendations. Till then, we hope you stay tuned and stay safe.