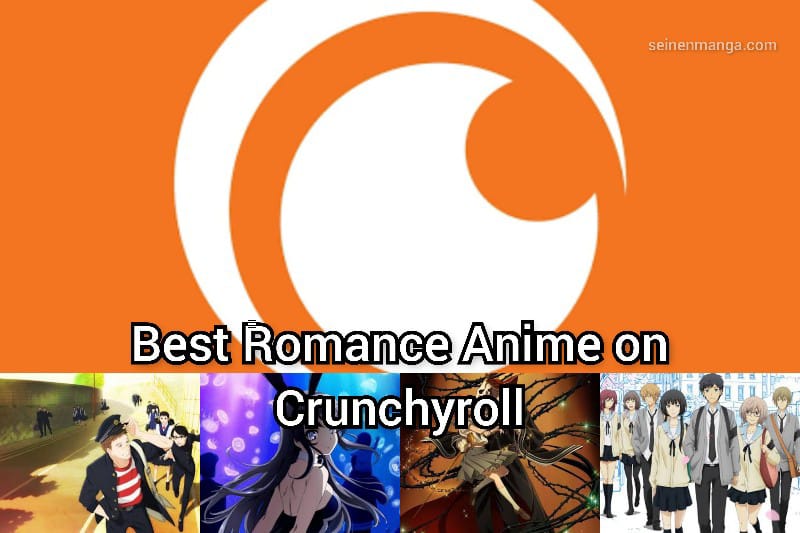 Almost everyone enjoys romance anime so, it is only natural that this particular genre is so sought after in Crunchyroll. Hence for the romance enthusiasts out there, we are listing Top 15 Good Romance Anime on Crunchyroll (US) with a happy ending.

These animes will make you swoon and crave the perfect romantic moments that are shown here. They might have a rocky start and, the characters might go through many trials but, the ending is satisfying to all.

So to quench your thirst for animes like that, go ahead and consult our list on Top 15 Good Romance Anime on Crunchyroll (US) with a happy ending.

Top 15 Good Romance Anime on Crunchyroll (US) with Happy Ending –

In this anime, we see Raku, a first-year student trying his best to live a normal life even though he does not come from a normal family. He is the heir to a Yakuza family, and he does not want this information to be known by anyone, especially his crush Kosaki.

But the things loose when his gang engages in a conflict with the Bee Hive gang. To make things right, now he must pretend to be in a relationship with Chitoge, the daughter of Bee Hive’s chief.

Banri, the protagonist of this anime, is a kind law school student who suffers from amnesia and thus remembers nothing before his accident. But despite this, he decides to move on and live a new life in Tokyo.

Things start to change for him when he meets the beautiful Kouko, who comes crashing into his life. That is how an unforgettable year starts for him, which will not only change his life but will also make him remember things from the past.

Monthly Girls’ Nozaki-kun is a hilarious romance anime that fans should watch on Crunchyroll in 2022. We see Sakura, who is in love with her classmate Nozaki, trying her best to confess to him.

When she could finally tell him her feelings, he misinterprets her and hands her his autograph. This happened because Nozaki is the author of a famous shoujo manga and, hence took Sakura as his fan.

From then on, her quest to make Nozaki understand her love for him begins as Nozaki is painfully dense when it comes to love.

This is a good romance anime that fans can watch on Crunchyroll in 2022. The anime revolves around Shirayuki, a talented apothecary with natural bright red hair.

Due to her unique hair, the king of Tanbarun forced her to be his concubine. And, to escape from him, she flees into the nearby jungle. There, she encounters Zen, who saves her from her pursuers.

He turns out to be the Prince of the neighboring country and, to repay her debt to him, she starts her new career as an herbalist in Zen’s kingdom.

Takeo is the man of the man and is loved by his peers for his friendly and helpful nature. But as he has a muscular build, he comes off as scary to many.

One day after he saves a female student from a molester, he falls in love with her. But he thinks that she has fallen in love with his better looking friend and hence he tries to match them together.

Arata is a 27 years old jobless man who quit his job soon after getting it. Now that his parents refuse to send him any more money, he must land a successful job to sustain himself.

When he is at rock bottom, he meets Ryou, who gives him an offer, which he can’t deny. He invites Arata to the ReLIFE program, where he will get the chance to relive his high school life for a year.

Chise Hatori, who has unique powers, was abandoned by her parents at a very young age. When she turned fifteen, she got sold at an auction and was bought by a magus, Elias Ainsworth.

He is an ancient magician who bought her because of rare species. He then goes on to encourage her to learn magic and be self-sufficient.

Chise thus begins her adventurous and exciting journey with Elias as his bride and meets new wonderful magical creatures.

Hachiman is a boy who is full of pessimistic and apathetic thoughts. According to him, there is nothing called a joyful youth, as it is a concept only created by hypocrites.

But due to his ideals and mockery towards social relationships, his teacher forces him to join the Volunteer Service Club. Here, he meets the beautiful Yukino and unwillingly involves himself in problematic situations.

Now he must confront and face his own ideas about the society which he firmly criticizes.

This romance anime is a really entertaining series that is available on Crunchyroll. The plot focuses on Ryuuji, a very diligent and responsible person, and Taiga, who is a small spitfire.

At first, they hated each other, but when they found out that both of them, are in love with each other’s best friends, they joined hands to help each other out. But, things start to complicate when they fall for each other.

The rare Syndrome is considered by many a myth. But due to personal experience, Sakuta believes in its presence in his school.

Mai, on the other hand, is a very famous third-year student who used to be a child actress. Both Mai and Sakuta meet one day in the library, where she is in a bunny girl costume. And from their the story begins.

This romance anime on Crunchyroll revolves around Princess Yona. From a very young age, she lived a comfortable and unproblematic life in her peaceful kingdom.

But her life changes drastically when her beloved cousin assassinates Yona’s father. She escapes with her bodyguard and friend Hak to save herself. After which, she swears to return stronger, to get her rightful throne back from her enemies.

Kaoru is an introverted boy who recently moved to Kyushu for high school. He has no friends as he has always moved from place to place and, thus, seeks solace by playing the piano.

Here he meets the upbeat Sentarou, who loves jazz music and is also a talented drum player. Together with him and Ritsuko, they grow up together and learn to face the problems of life.

The movie Kimi no Nawa is one of the best anime films ever. Not only did critics appreciate it, but it also became a worldwide success for its breathtaking visuals.

The movie follows the story of two individuals, a city boy and a girl from the outskirts, whose wish is to live in the cities. Somehow they end up switching souls with each other, and now, they must do everything they can to get their bodies back.

This anime is one of the best romance anime on Crunchyroll, and fans would love to see this unique love story. Here we see Miyuki, the perfect and handsome president and, Kaguya, the beautiful vice president of the student council.

They are the perfect fit for each other are in love with the other but, there is one problem. Both of them are too proud to announce their love first. Hence they must make the other express their feelings to win their battle of egos.

Tooru is an unfortunate young girl who becomes practically homeless after her mother’s death. She then starts to live in a tent on the prestigious Souma Clan’s private property.

Due to her circumstances, they offer her to stay with them, and as she has no other way, she agrees. But she starts to find some secrets about them and gets tangled with their mysterious powers.

We really hope this list helps you find a good romance anime on Crunchyroll (US) with a happy ending. Stay tuned to read more articles on your favorite anime, manga, webtoon.