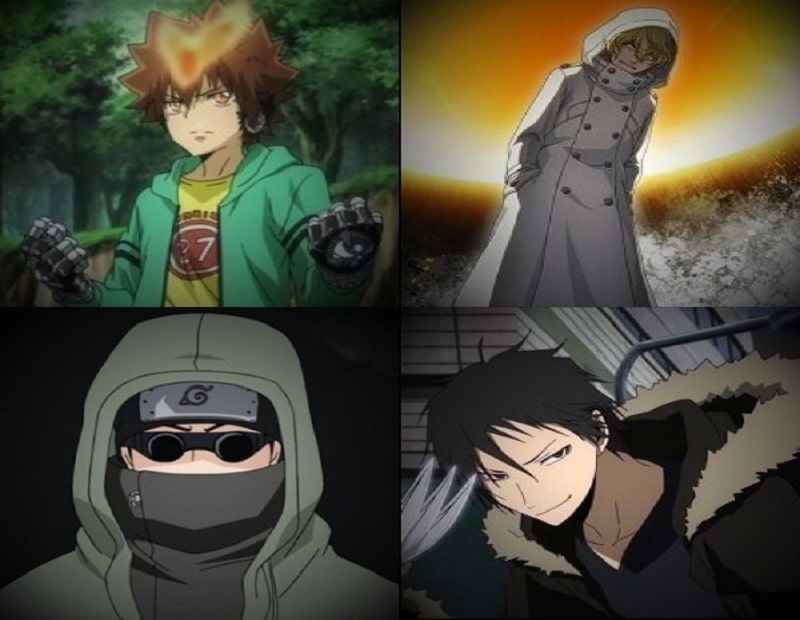 We are back with another excellent anime article today, as we will discuss the clothes topic. We generally observe that in mainstream anime, we get mainly attracted to the protagonist’s dressing style. It leads us to a curiosity about what apparel the protagonists wear, whether it is formal, school uniforms, sports uniforms, hoodies, kimonos, etc. As we have witnessed that globally people like to cosplay their favorite anime characters. Today in this article, we are going to discuss “15 Attractive Anime Guys with Hoodies”.

Hoodies are nothing but sweatshirts with a cap on the back. One common thing is the character who wore a hoodie is found to be very cool and awesome regardless of their personality. This list is not rank-based; it’s just a normal one. So, let’s discuss. 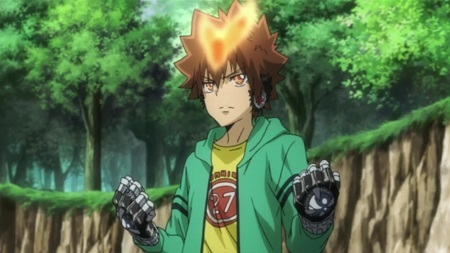 We start our list with Tsunayoshi Sawada, the awesome protagonist of the series Hitman Reborn. He usually wears hooded shirts or jackets, which he maintained throughout the course of the series.

The most prominent part of the series is Tsuna’s growth from No-Good Tsuna to the most dependable guy in the series. His personality, with Reborn’s help and guidance, made him make friends who would stand for him. 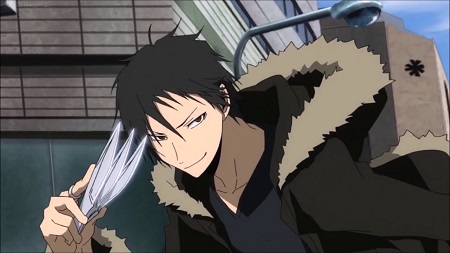 Introducing you to the bad boy on this list, none other than Izaya Orihara. He is one of the fan-favorite antagonists of the series. The fans hugely enjoyed Izaya’s rivalry with Heiwajima Shizou.

The Voice of Hiroshi Kamiya is another huge plus to his character because the voice actor is famous for his other roles, such as Levi Ackerman, Midorima Shintaro, Yato, Trafalgar Law, etc.

He is almost always seen wearing his favorite dark brown jacket that runs down to his hips with brown fur trim in the hood, wrists, and hemline. 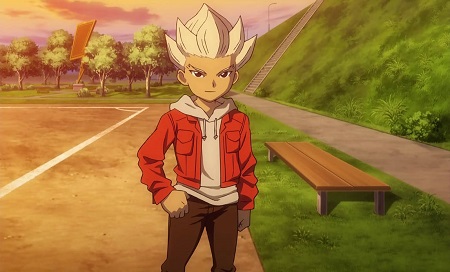 Gouenji Shuuya is one of the main characters of the Inazuma Eleven series. He is the center forward of the Raimon Soccer club team.

He generally wears an orange jacket with a white hoodie, brown trousers, and red shoes.

Gouenji is one of the most remarkable and calmest characters on the soccer team, along with Kidou Yuuto. 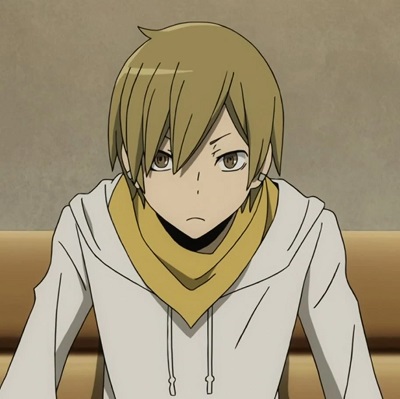 Masaomi Kida is one of the three protagonists of the Durarara series. He generally wears a white hoodie with black jeans and black shoes. At the start of the series, he was the one who received his best friend Mikado Ryuugamine.

Masaomi created the gang Yellow Scarves which Izaya Orihara ruined after their confrontation against Blue Squares. Masaomi is the most careful, cheerful guy who is fiercely loyal to his friends. To save his friends, he again restarts the gang and achieves his goal at the end of the series. 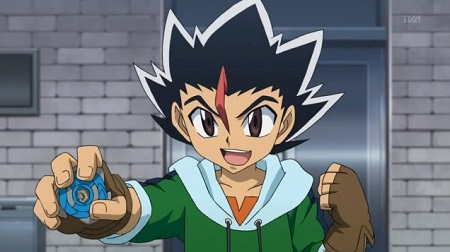 He is Gingka Hagane’s third rival alongside Ryuga and Kyoya. Masamune wears a green hoodie with cream-colored shorts along with green sneakers. He is the self-proclaimed no.1 and uses the attack type Beyblade Rey Striker. 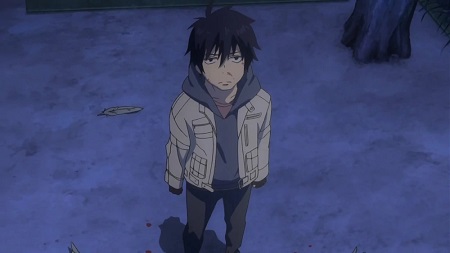 In our list, we have another handsome protagonist, i.e., Rin Okumura. He is the eldest son of Satan and is known for his short temper. He has messy black hair with fierce blue eyes.

Outside the True Cross Academy, he generally wears a blue hooded sweatshirt, black trousers, and white shoes. Rin is usually known for his rebellious nature. Despite his nature, he is known for caring about his friends, as he is always ready to help them in their time of need. 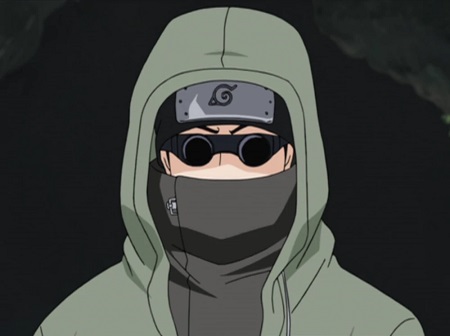 Shino Aburame is one of the supporting characters in the Naruto series. He studied in the same class as Naruto Uzumaki and graduated alongside him. Shino was a part of team 8, which was led by Kurenai Yuhi.

His team consist of Hinata Hyuga and Kiba Inzauka. He generally wears a jacket suspended on his knees along with a hood which he always wears.

He is a part of the Aburame clan, which uses insect-based ninja techniques, making him one of the most dangerous Ninjas to be encountered.

Gremmy Thoumeaux is one of the menacing villains in the Bleach series during the Thousand-Year Blood War arc. He generally wears a traditional Sternritter uniform consisting of the hood he always covers.

Gremmy made his first appearance in chapter 572, where he clashed against Yachiru. His power is whatever he imagines becomes a reality as he is able to turn Yachiru’s bones into cookies.

His impending doom comes when Kenpachi Zaraki arrives. He fought against the Zaraki evenly and was shocked to see his aggression. It made him joy immensely as, for the first, he wished to obliterate someone from the bottom of his heart.

Unfortunately, he became a victim of his power as he visualized Zaraki as more powerful than he was, leading to his defeat. 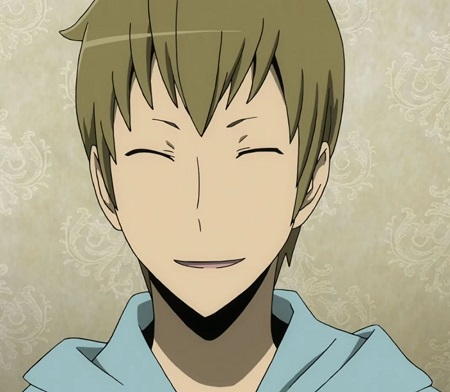 Walker Yumasaki is one of the supporting characters of the Durarara series, where we could see him generally hanging out with his friends Erika, Togusa, and Kadota.

He is a hardcore otaku, and we can see throughout the series he typically discusses light novels, manga, and anime with his friend Erika. Walker generally wears a sky-blue colored sweatshirt with a hood and jeans pants.

An interesting aspect about him is that despite his easygoing attitude, he is a serious guy who can obliterate any opponent he faces. 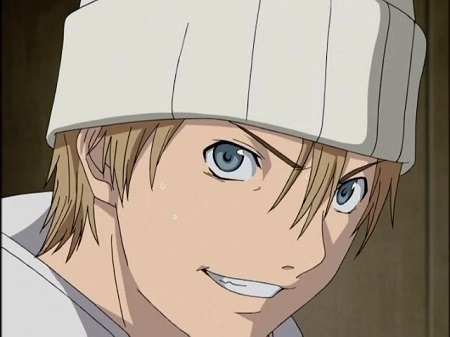 Kazuma Mikura, known by his nickname Kazu is the vice-captain of team Kogarasumaru and one of the supporting characters of the Air Gear series. He is one of the closest friends of the hero Itsuki Minami also known as Ikki.

He generally wears a light blue hoodie with black pants along with his trademark hat, which he never takes often.

At the start of the series, he always felt where inferior to Ikki, but thanks to his hardworking nature, he came along a long way, making him the vice-captain of his team. 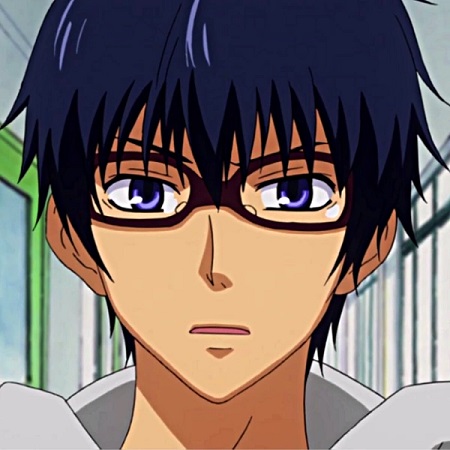 Sataro Kano is one of the supporting characters of the Kaichou Wa Maid Sama series. He studies at Seika High School, where he is the council president.

During the entire series, he is seen wearing a high school jacket with a white hoodie over his school uniform. At the start of the series, he is an introvert guy and is very shy around girls.

He was only good at hypnosis as he used this skill to ensure that Misaki’s plan to bring in more girls at this school failed. 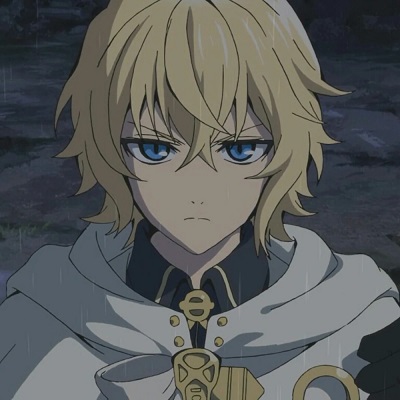 Mikaela Hyakuya is deutergonist of Owari No Seraph series. He and Yuichiro used to live at an orphanage. After the world ended, he was forced to live underground by Vampires.

Later on, his orphanage family was murdered by Ferid Bathory, and he was forced to become a vampire against his will. He generally wears a uniform that has a hooded jacket over it. 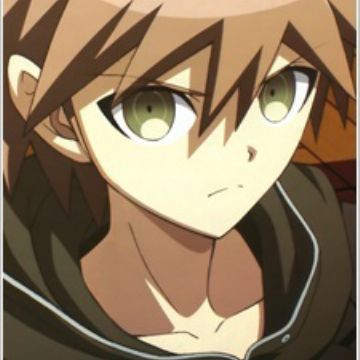 Makoto Naegi is the main hero of the Danganronpa franchise. He has been given the title The Ultimate hope. He also earned the title of the lucky student as he got admission to Hope’s Peak Academy by winning a lottery.

His apparel is a brownish green-colored hood with black jeans and red shoes. He is the friendliest guy and is very easy to communicate with. Makoto is a man who can make friends with anyone he wants. 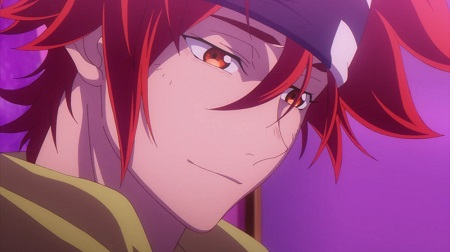 Reki Kyan is the hero of SK8 the infinity series. He is a teenager who is deeply in love with skateboarding. He attends skateboard racing with his best friends. Reki’s apparel generally consists of a sweatshirt with a yellow hoodie and baggy pants.

He is an easygoing high schooler, and people assume he cares deeply about skateboarding. Along with skateboarding, he has hobbies such as drawing and making skateboards in his free time.

He tends to mix with everyone, especially with those people who are associated with skateboarding. He is also a selfless person who help those people in their hard time, even if it costs him a lot. Regarding his studies, he is very lazy, and he only tries just to get a passing grade on his exams. 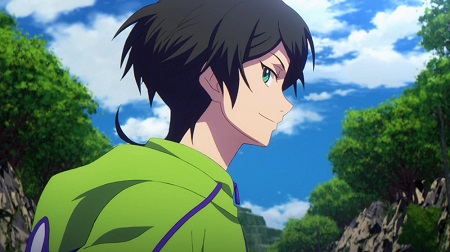 Miya Chinen is the supporting character in Sk8 the Infinity series. He is one of the top candidates for the Japanese national team.

His apparel consists of a dark pink striped shirt with a pale green hoodie with purple cat ears.

That’s all for today’s post on “15 Attractive Anime Guys with Hoodies”. We will soon be back with another article on anime. Till then, stay tuned and stay updated. See you again.