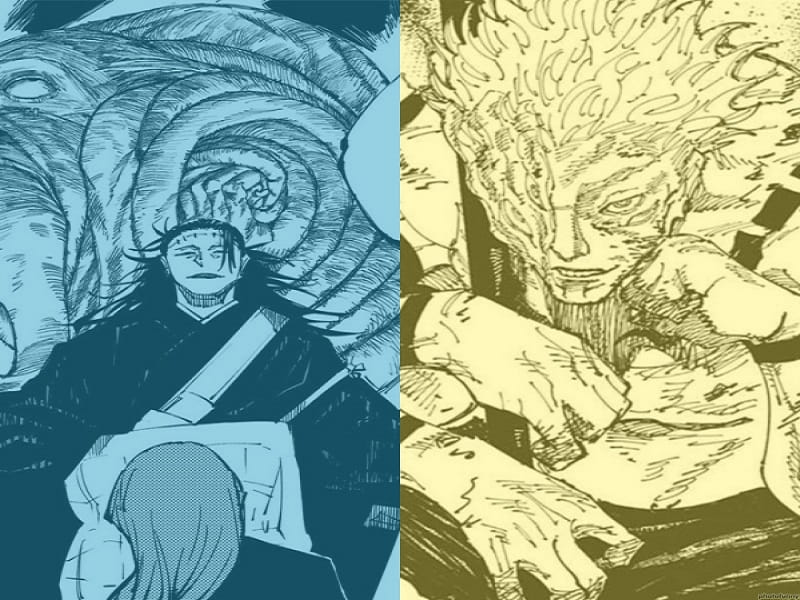 Jujutsu Kaisen is one of the highest-selling new-gen manga written by Gege Akutami. It follows the story of Itadori Yuji, who is forced to eat Sukuna’s finger to rescue his friends. Thus begins his journey in the Jujutsu world. After the amazing Shibuya arc ended, the story is nearly in its final phase, as things are pretty much getting heated up. Today in this article, we are going to discuss “Who is the main Villain in Jujutsu Kaisen? “.

The proper answer to the question is, The main villain of the series is Kenjaku, as he is the one who pulled strings. He is responsible for everything that happens in the Jujutsu Kaisen world, from the birth of Yuji Itadori to seal Satoru Gojo.

He is very ambitious and is ready to do anything to reach his goal. In Jujutsu Kaisen, almost all the villains have no emotions, and they have no remorse for the deeds they commit.

Especially seen in the anime when Yuji begs Sukuna to revive his friend. But Sukuna refuses and laughs manically along with Mahito at Yuji’s helpless state.

Later in the post, we discussed more on Kenjaku and why he is the main villain of the series, along with a short introduction to another main antagonist, i.e., Ryomen Sukuna. So, let’s discuss.

Kenjaku is the main villain in Jujutsu Kaisen. He is the only antagonist with the highest success rate compared to other villains in the series. Kenjaku is the sorcerer of ancient times who aimed to progress humanity by using cursed energy. 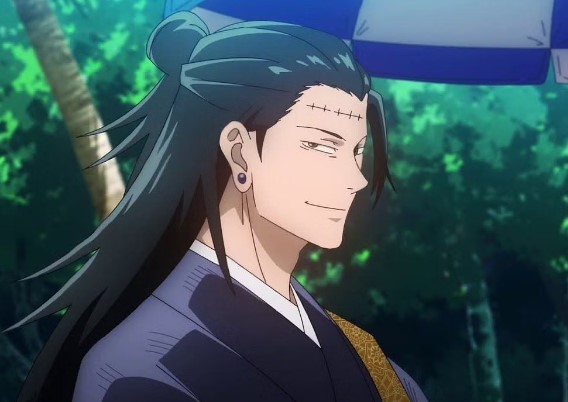 He mainly survived using his technique by occupying other people’s bodies, notably Yuji’s mother, Noritoshi Kamo, and Suguru Geto. He is currently using Suguru Geto’s body as the vessel.

Kenjaku successfully orchestrated the Shibuya incident, ending with Gojo Satoru being sealed. This incident caused chaos in the Jujutsu world and led to the destruction and deaths of many sorcerers.

This incident ended up with Gojo being permanently exiled from Jujutsu world as he was deemed as an accomplice. Jujutsu high principal Masamichi Yaga received the death penalty as he was held responsible for this incident. Lastly, Itadori Yuji was sentenced to death.

Currently, he started Culling Games and is fighting Yuji’s older brother Choso. Kenjaku easily has the upper hand in the battle.

Another Villain in Jujutsu Kaisen

Ryomen Sukuna is another villain who is currently residing inside Yuji’s body. He does not care about Yuji and has some plan which involves Fushigoro Megumi. Sukuna is known as the king of curses.

1000 years ago, Sukuna was regarded as an imaginary demon that no sorcerer managed to defeat even after giving 100% in the battle. Sukuna is very selfish and makes sure that he gets to blame Yuji in every incident.

When he took over Yuji’s body during the Shibuya arc, he killed thousands of innocents. Sukuna was in immense pleasure as he said that Yuji was solely responsible for whatever happened in Shibuya.

That’s all for today’s post on “Who is the main villain in Jujutsu Kaisen?” We will soon be back with another article on Jujutsu Kaisen. Till then, stay tuned and stay updated. See you again.