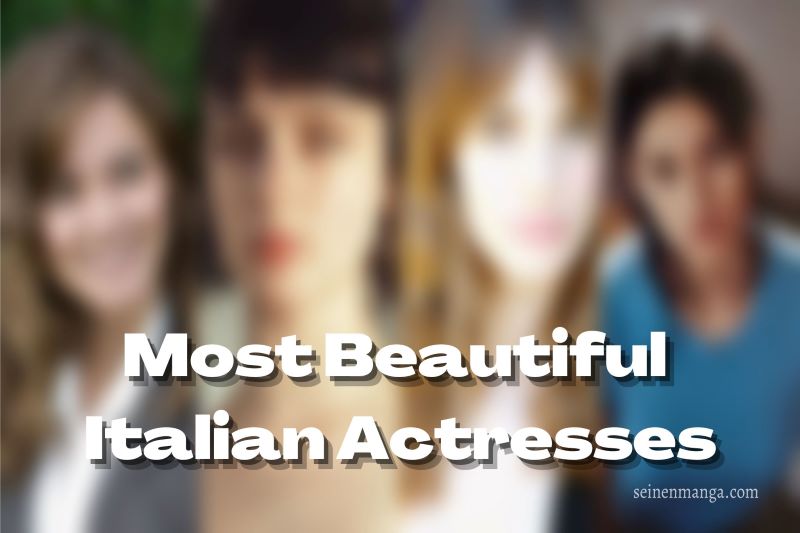 The beauty of Italian women is world-renowned. Their actresses especially have been capturing hearts for as long as they have been around and are known for their grace and charm. So, to appreciate more of that, we have brought you a list of the Top 15 Hottest Italian actresses of all time.

(Please note that this is a LIST and not a ranking of any sort, & and the actors mentioned here are based on personal preference.)

Monica Anna Maria Bellucci is an Italian actress and model. She started off as a model for Dolce & Gabbana and Dior before shifting to acting. Monica is a very popular Italian actress renowned worldwide for her beauty & has acted in several American and French films as well.

Considered an Italian s*x symbol, Monica was also named one of the “100 Hottest Women of All-Time” and the number one most desirable woman.

Best known for her role in The Alienist, Emanuela Postacchini is an Italian actress. She is considered extremely beautiful and has made a name for herself in her home country with her talent and hard work.

Although much isn’t known about her, it is unquestionable that Emanuela is one of the most beautiful Italian actresses currently.

Anna Safroncik is a Ukrainian-born Italian actress. She made her stage debut at the age of just four performing in a Russian opera.

Anna later moved to Italy and soon won the beauty contest Miss Toscana in 1998 and ranked eighth at Miss Italia the same year. The actress made her film debut in 2000 and soon started gaining recognition for her roles in upcoming films & shows.

Giuseppina Buscemi, also known as Giusy, is an Italian actress and former model. She won the 73rd edition of Miss Italia, making her the winner for 2012, hence easily making her one of the most attractive actresses on this list. Giusy is best known for her role as Teresa Iorio in Il Paradiso delle Signore.

Doubtlessly one of the top actresses currently, Laura Chiatti is an Italian actress, model, singer, and voice actress. She has starred in several hit films, including The Family Friend, which entered the 2006 Cannes Film Festival. Laura even voiced Rapunzel in the Italian dub of Tangled.

Originally wanting to be a film critic, Carolina Crescentini expressed her interest in acting at 19. She then made her big screen debut in 2006 with the film H2Odio.

Carolina also posed for the Italian edition of Playboy in 2009 and is currently one of the sexiest Italian actresses of all time.

Extremely talented & skilled at everything she does, Alice Pagani is an Italian actress, model, and author. Making her acting debut in 2017, Alice is best known for her role in the Netflix series Baby.

In 2021, Alice appeared on Vanity Fair and showed support for banning discrimination against women, g*y and transgender people. She also is the author of the autobiographical coming-of-age novel Ophelia.

Vittoria Puccini is definitely one of the most popular and beautiful Italian actresses on this list. She made her acting debut in 2000 and has garnered a lot of praise and appreciation for her work.

Winner of the 2008 Miss Italia beauty contest, Miriam Leone is an Italian actress, model, and presenter. She is one of the extremely well-known actresses not only in Italy but also overseas.

Miriam was a host and presenter before starting her acting career in 2010 with a cameo in the film Parents and Children: Shake Well Before Using. She also hosted the 2011 Nastro d’Argento award ceremony.

Elisabetta Canalis is a well-renowned Italian actress, model, and showgirl. She started off as a dancer for a TV show and soon started getting minor roles in films and shows.

Elisabetta even hosted the Trofeo Birra Moretti and Sanremo Music Festival, as well as posed for PETA’s “I’d Rather Go Naked than Wear Fur” campaign.

She was the spokeswoman and runway model for “Hollywood Milano” from 2006-2009 and posed for magazines like Vogue, Harper’s Bazaar, and Roberto Cavalli. Elisabetta was also appointed Goodwill Ambassador UNICEF Italy.

Formerly wanting to be a doctor, Caterina Murino found her calling after she was placed fifth in the 1997 Miss Italia contest. She is an Italian actress, model, and showgirl known worldwide for her beauty and talent.

Caterina studied drama at Duse International and then made her debut in 2002. She is very popular all around the world and is a perfect representation of the beauty of Italian women.

Gaia Bermani Amaral is a Brazilian-Italian actress, model, and TV presenter. She was born in Brazil but later moved to Milan, Italy, where she studied and then started working as a model and spokesperson.

She worked as a TV Presenter for several years before making her film debut in 2005 and has since worked in many hit shows and films. Gaia is very attractive and is praised for her beauty all around the world.

Known internationally for her memorable role in the Argentine Disney series Violetta, Lodovica Comello is an Italian actress, TV presenter, singer, and dancer.

Despite not knowing Spanish, Lodovica got the part in Violetta due to her sheer hard work. She carried on with her acting career while also making it big in the music industry.

Ana Caterina Morariu is a Romanian-born Italian actress. She started her acting career in 2002 and quickly became known in a few years through her roles in various films and series.

Ana is extremely beautiful and has a bubbly persona. She was also nominated for David di Donatello in the “best actress” category in 2006.

Born in Rome, Cristiana Capotondi was born in a mixed Italian Catholic and Italian Jewish family. She graduated from the University of Rome with a degree in communication studies.

Cristiana started her acting career at the age of just thirteen and has since starred in several movies and films as the main character. She was also the spokeswoman for the 2011 Giro d’Italia.

With that, we conclude the list, and it is unfortunate that we weren’t able to mention all the deserving and beautiful actresses here. Once again, this is based on a personal preference and not any official ranking. Remember to check out the movies and dramas mentioned.

Until next time then!