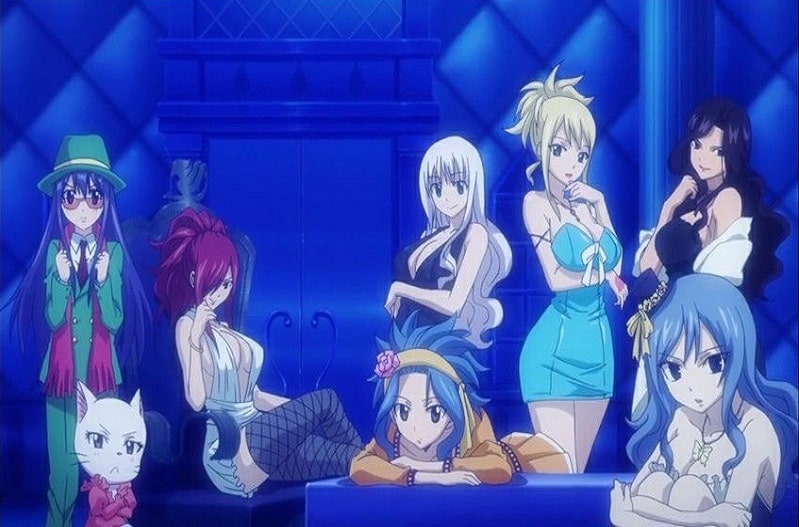 Here we have ranked them not only in terms of their beauty and popularity but also based on their nature. Later in the post, we ranked the female character based on every minor detail, including popularity, and we concluded an unbiased result. So, let’s discuss. 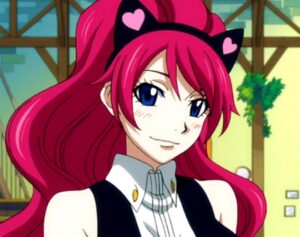 Sherry is one of the hottest female characters in the Fairy Tail Manga. She was introduced early in the manga as an antagonist, where she was part of a group who were hell-bent on reviving Deliora. Sherry, with blue eyes, pink hair, and a curved body, make her a great waifu.

Even with a limited amount of screen time, she still manages to have a fanbase of her own. She is currently married to Ren Akatsuki of Blue Pegasus, and she is a minor character in the series. 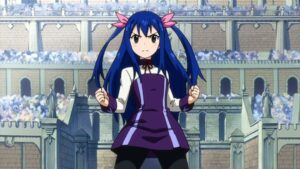 Wendy is one of the youngest dragon slayers who is a part of the Fairy Tail guild. She is the cutest girl in her guild with dark blue hair. In the beginning, Wendy is a timid and sweet character who is afraid and uncomfortable in “scary” situations.

She had exponential growth throughout as she slowly became a brave person who could stand up for herself. This earned her own set of fan base. Wendy is the only first-generation dragon slayer to unlock dragon force without the help of Etherion. Also, her singing ability is another add-on to stand out as a perfect waifu. Sherria Blendy, just like her Cousin “Sherry,” is one of the hottest female characters in the Fairy Tail Manga. She belongs to the Lamia Scale guild and is a god slayer. Unlike Sherry, she is pretty stronger as she takes an active part in battles.

She teamed up with Wendy to take on Dimitria during the final arc. Just like her cousin, she has blue eyes and pink hair. Unlike Wendy, she is not shy around people and is more confident. She is a great singer as well. These qualities make her stand out from others. 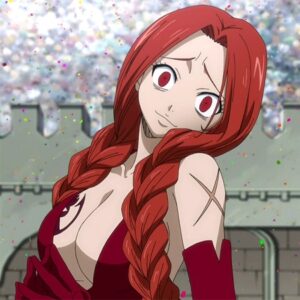 Flare was a member of Raven Tail which was initially a dark guild. In the beginning, when she made her appearance during the Grand Games Magic arc, she was immensely disliked by fans as she used underhand techniques to win against Lucy by taking Asuka as her hostage. When she managed to overwhelm Lucy, she was having immense pleasure in hurting, adding with a sadistic smile.

Later on, during the Sun village arc, her backstory was revealed, and slowly we saw characters start to get redeemed. At this point, we came to know that she was tricked into joining Raven Tail and was brainwashed into having unjust hatred towards Fairy Tail. Flare was one of the most highly underrated characters in the story, and her backstory is one of the best parts of the story. 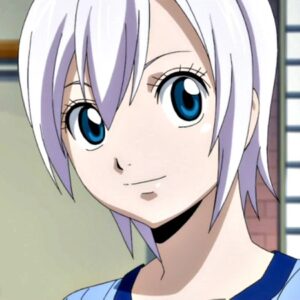 Lisanna is the youngest of Strauss siblings and is a childhood friend of Natsu and Happy. At the start of the series, she was presumed to be dead, but in reality, she was transferred to Edolas.

Lisanna encountered Natsu and their friends when they came to Edolas, and during that arc, she helped them and returned to her world alongside them. Lisanna is portrayed as a little girl with short grey hair and blue eyes. Bottom of Form. Sorano initially started as an antagonist when she was a member of Dark Guild “Öracion Seis.” She was kidnapped by followers of Zeref at a very little age.

Sorano loves her sister a lot, and she always supports her. She was one of the hottest characters in the series. Currently, she is a member of Crime Sorciere. 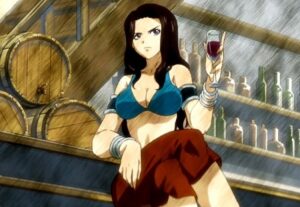 Cana is one of the Fairy Tail guild members with style. She is a pretty-looking girl and also a heavy drinker. She is the most lively and always seems relaxed. Her Card Magic is unique, which makes her stand out from others.

She had her spotlight during Tenroujima Island Arc, where she got her resolution with her father Gildarts, and during the Grand Magic Games arc, where she managed Fairy Glitter. 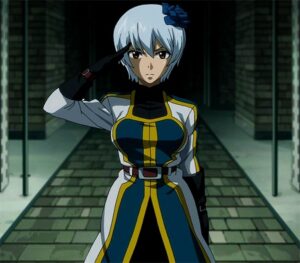 Yukino is one of the sweetest characters in the series, with a beautiful smile. She is one of the powerful mages of the Sabertooth Guild. Just like Lucy, she is a celestial wizard.

She has some confidence in her abilities and also, and she is capable of recognizing her weaknesses which makes her stand out. Unlike many characters in the series, she is brave enough to portray her emotions and is ready to share her past. Kagura is a calm and cold character who defeats Yukino with ease. She is revealed to be Simon’s sister, who is on the quest to hunt down Jellal Fernandes.

Kagura believed that Jellal was responsible for the death of her brother. But after the conflict was sorted out, it was revealed she had a brittle side and was non-tolerant toward alcohol. Kagura warms up with everyone and starts to care for others a lot. She is one of the most beautiful and hottest characters in the series. 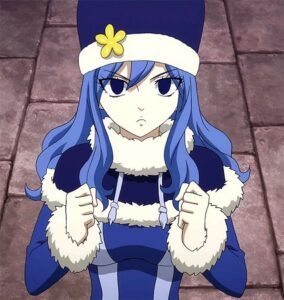 Juvia is one of the hottest girls in the Fairy Tail series. She uses Water magic and is madly in love with Gray. Juvia is a teenage girl with blue hair with beautiful eyes.

She has a snowy skin complexion with a curved figure. Initially, she struggled to warm up with guild members, but she worked for it and became one of the important members of the guild. Ultear is one of the tragic characters in the series. Initially, she lost her mom and was guided down the wrong path at a very little age. Ultear joined Crime Sorciere in her quest for redemption.

She played a crucial role in the second half of the Grand Magic Games Arc, where she managed to turn back time by 1 minute. Ultear has purple hair with red eyes. She’s smart, thoughtful, cheeky, and tough these qualities make her one of the perfect waifu. 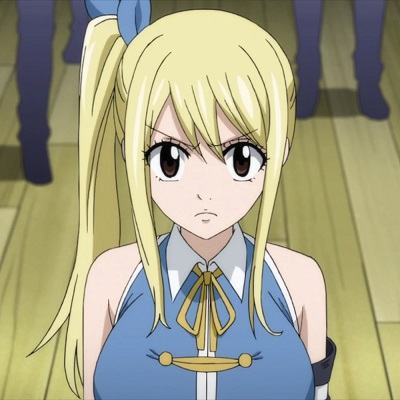 Lucy is the female protagonist of the series who had massive growth through the course of the entire series. She is cheerful, warm, and one of the kindest girls in the series.

Lucy has blonde hair with brown eyes and is also the smartest character in the series. She is also the most popular and hottest girl in the series. Lucy is a gifted user of celestial magic who treats her spirit with respect and love. 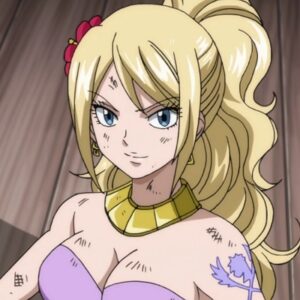 The most surprising entry on the list is Jenny. Compare to other characters, she is the least popular and gets significantly less screen time. The reason she made it to the top is because of her Miss Fiore title. Jenny Realight is a slender young woman of medium height and is known for her beauty.

Her Miss Fiore title granted her calls from popular magazines for swimsuit photoshoots which made her famous, a bit like those of her rival Mirajane Straus. She is a member of Blue Pegasus. Mirajane is a slender young woman with long white hair. She is helpful and pleasant and, at the same time would harm anyone who attacks her family. Mirajane is well known for her beauty, being the drawing card of Fairy Tail and having posed numerous times for the Sorcerer magazine. 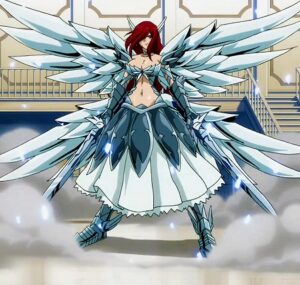 Erza is one of the hottest and most beautiful characters in the series. Also, she has a formidable and severe personality but is highly loyal to her comrades. Ezra also has a soft side which she is embarrassed to show which makes her pretty cute.

Aside from her strength, she also has a very benevolent character with a warm personality. In most of the popularity polls, Erza was always ahead of Lucy or any other character.

Erza has a happy attitude and while she sometimes takes moral pride like the “older sister“, she is not someone afraid to get her hands dirty. She is a young woman with beautiful long red hair and dark eyes. Erza lost her right eye when she was a child and now has a fake one that was created by Porlyusica. Her last name Scarlett was given by Jellal after her beautiful hair.

So, this is it for today, folks! Here, we have concluded our article on “Top 15 Hottest Fairy Tail Female Characters Ranked (All Time Waifus 2022)”. We will be back with another Fairy Tail article very soon.