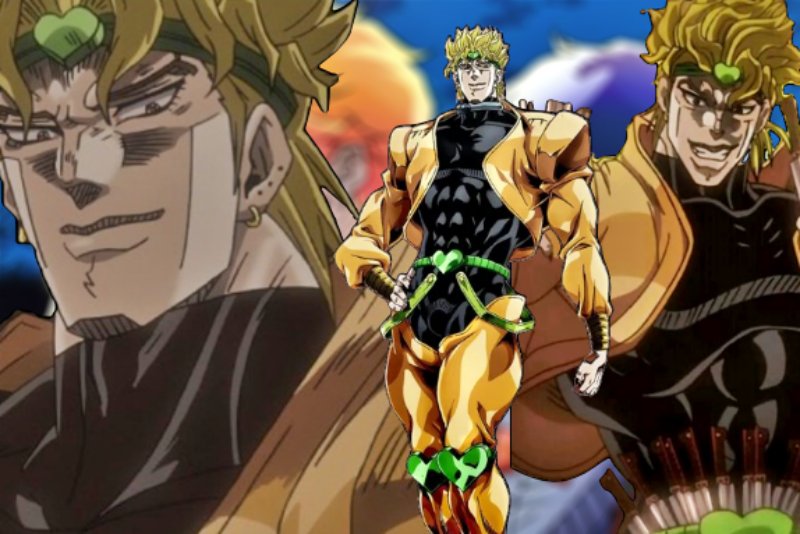 Jojo’s Bizarre Adventure is one of the longest and most popular manga of Shonen jump. It is one of few anime which got a fan base consisting of the old and younger generation. It got its anime adaptation in 2012 and is currently adapting Part 6: Stone Ocean. The unique thing about this series is that in every new part, there is a new hero and villain. Thus, it always brings some new to the table. Today in this article, we are going to discuss “Who is the main Villain in Jojo’s Bizarre Adventures?”

The proper answer to the question is Dio Brando is the main villain of the entire series. Throughout the entire course of the series, any incident that happens has something to do with Dio.

Dio was either the main villain of a certain part or influenced others to do his evil deeds on his behalf of him. He is the mortal enemy of the Joestar Family who wants to destroy that entire clan for good.

There are other villains such as Kars, Kira, Diavolo, Valentine, and Father Pucci who have exact evil intentions as him but failed to create much impact as him.

Later in the post, we discussed Dio Brando based on every minor detail. So, let’s discuss.

Who is the main Villain in Jojo’s Bizarre Adventures?

Dio Brando is the central antagonist of the series. He is a cunning manipulator and mastered the art of deception. Dio is the person who cannot be trusted and is the guy ready to dispose of those who aren’t useful to him.

At the beginning of part 1, he annihilates his father to acquire Joestar’s wealth. At Joestar’s mansion, he becomes jealous and insecure about Johnathan.

He tried to defame Johnathan but failed as George Joestar Sr. discovered his plans and was concerned about handing him over to the police.

This makes Dio go on rage, and he annihilates George Joestar Sr. He dawned the stone mask and becomes a vampire. But he was defeated by Johnathan.

Luckily, he managed to survive the battle and started his evil reign with a new ambition to conquer the world. But with the help of Antonio Zepelli and Speedwagon, Jojo could stop Dio but failed to eliminate him properly.

This cost Jojo dearly as Dio attacked the cruise, where he successfully acquired his body. This is the only moment Dio is visibly sad and upset at Jojo’s death, probably because he considers him his brother.

Later in Part 3: Stardust Crusaders, he was reborn as DIO and acquired the powerful stand known as The World. Once again, he started his desire to conquer the world.

But once again, Joestar’s family came his way, and they were none other than Joseph Joestar and Jotaro Kujo. Jotaro managed to destroy him using his stand Star Platinum but at the cost of the lives of his friends.