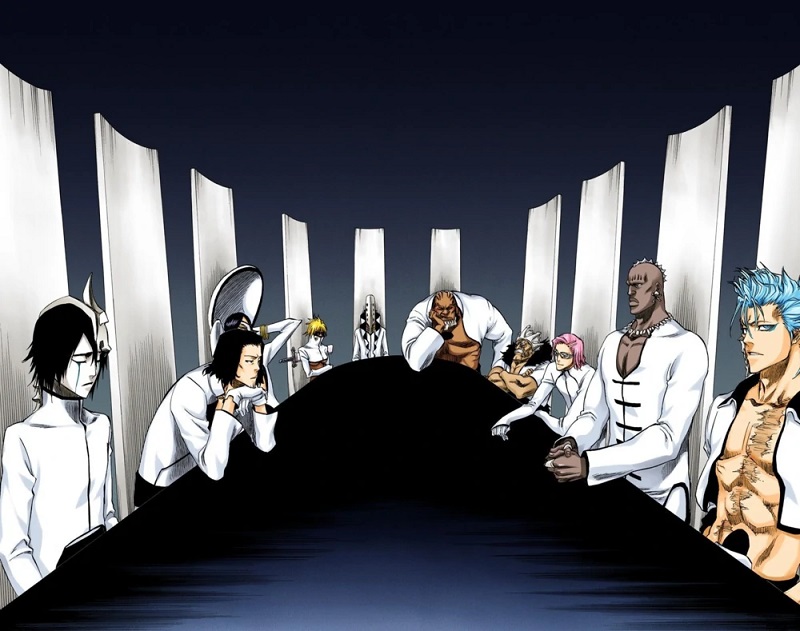 We are back with another article on Bleach. In the previous article, we discussed Quincies. But before Quincies, the soul reaper had another tough foe in the form of Arrancars. Arrancar Army was led by Sosuke Aizen, the ex-captain of squad 5. He betrayed Kaname Tosen and Gin Ichimaru. Today in this article, we are going to talk about the Top 20 Strongest Arrancar in Bleach.

Arrancar saga was the peak of Bleach manga as it was the perfect follow-up to the Soul Society Saga. An Arrancar is a Hollow that has removed his mask and acquired powers similar to those of Shinigami. In Bleach’s verse, the strongest Arrancars are given the title Espada. So, Let’s begin. 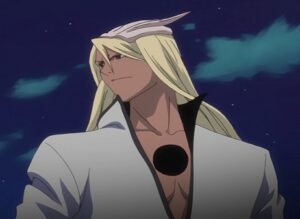 Yylfordt is the older brother of 8th Espada Szayellporro Granz. He was numero who made his appearance early in the Arrancar saga. Yylfordt was a part of Grimmjow’s regiment that attacked Karakura Town.

He clashed against Renji Abarai during his invasion; he met his doom when Ururu joined the battle and punched him brutally. Ururu’s punch badly injured him, making him activate his Resurrection form to gain the upper hand. He manages to stab through Renji’s Bankai when he thinks the battle is over. Renji shows his true strength and defeats him. 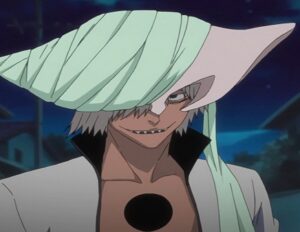 Di Roy made his appearance during the Arrancar arc, where he first tracks down Chad, but their battle is halted by Ichigo and Rukia. Rukia engages in battle against him where for the first she uses her Shikai to defeat him. Di Roy was part of Grimmjow’s regiment and was a numero. 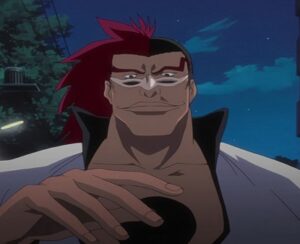 Edrad clashed against Ikkaku Madrame of Squad 11; he was one of the strongest Arrancar in Grimmjow’s regiment. He gave a tough fight to Ikkaku and forced him to use his Bankai to defeat him. Edrad was an expert in hand-to-hand combat. 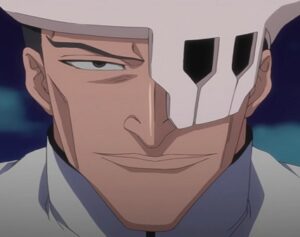 Shawlong was the oldest member of Grimmjow’s Regiment and held the rank of 11th Arrancar. During the Arrancar arc, when he invaded Karakura town, he clashed against Squad 10 captain Toshiro Hitsugaya who was fighting with half strength. He gives him a tough fight, but he gets killed when Toshiro uses his Bankai. Mosqueda was previously an Espada who was demoted by Aizen in favor of Stronger Arrancar. To gain the favor and to get his lost rank back, he becomes one of the hurdles for Ichigo and his friends during the Hueco Mondo arc.

Mosqueda clashes against Chad, where he easily manages to overpower him in terms of brute strength. But things change when Chad unlocks his full potential of power when he uses his power Brazo Izquierda del Diablo, which he recently discovered.

He was defeated by Chad and was about to be executed by Exequias. After his defeats, he warns Chad of Nnoitra’s strength. 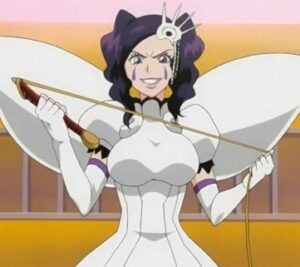 Just like Mosqueda, Cirucci was stripped from her Espada rank. During the fight, she clashed against Uryu, who defeated her by using the technique Seele Schneider as he was able to slice through her bladed wings.

Uryu using his technique, manages to seal her spiritual power and spare her. She was later executed by the Exequias squad, and her corpse was later found by Mayuri Kurostuchi.

During Thousand Year Blood war arc, Kurotsuchi uses her corpse and resurrects her to fight against Sternritter Giselle. Dordoni is a man of honor, as was shown during his clash against Ichigo. There are only a few Arrancar who fight with honor and has a good personality, and Dorodoni is one of them who holds this virtue.

He praised Ichigo for holding back his power to grow stronger but to draw his full strength; he used an underhanded technique like hurting Nel. Ichigo finally uses hollow powers to honor him and defeats him very quickly.

Just like Mosqueda and Cirucci, he lost his Espada rank and was executed by the Exequias squad. He was later resurrected by Mayuri Kurostsuchi during the thousand-year blood war arc to defeat Giselle. 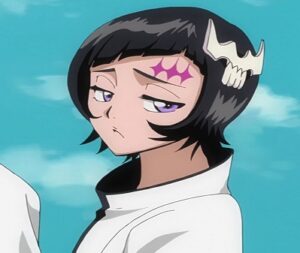 Luppi made his appearance during the Arrancar arc and clashed against Toshiro Hitsugaya and Kisuke Urahara. He was defeated by Hitsugaya, and he had to use his Bankai.

After the battle, he was promoted to Espada rank, and he became very arrogant as he mocked and humiliated Grimmjow as he replaced him. Grimmjow later kills him when his arm is healed by Orihime Inoue.

Later he appears during the Thousand Year Blood War arc alongside other previously deceased Arrancars. He was resurrected by Mayuri Kurotsuchi to fight against Giselle’s Zombies, where he took on Zombified Rangiku. 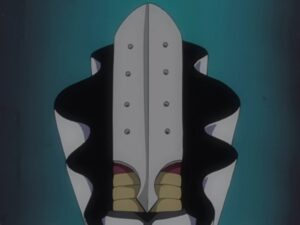 Aaroniero was ranked as 9th Espada in Aizen’s army. He fought against Rukia Kuchiki during the Hueco mondo arc. In the past, he was a Gillian who was a lower class of Menos, and he gained power when by absorbing former Soul reaper lieutenant of squad 13 Kaien Shiba.

During the battle, he removed his mask and used Kaien’s face to make Rukia vulnerable. During the course of the battle, he easily overpowers her, and he releases his Zanpakutō, where he manages to impale Rukia.

Aaroniero nearly manages to exterminate Rukia, but she uses her technique San no mai, Shirafune, which she impales through his head, thus annihilating him in the process. 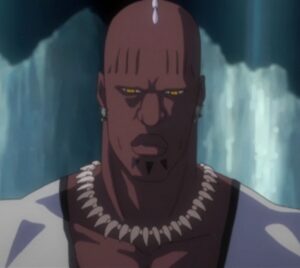 Zommari made his move after the defeat of Aaroniero at the hands of Rukia Kuchiki. He was about to execute her but was stopped by her brother Byakuya Kuchiki.

During the battle against Byakuya, her tried to take control of his Bankai, which he failed. He was annihilated by Byakuya; before he died, he praised Aizen. Zommari was given the Rank 7. Wonderweiss was one of the strongest Arrancar who was created using the power of Hougyoku under Aizen’s command. The reason he made this far into the list is because of his immense raw power.

During the Arrancar arc, he gave Kiskuke Urahara a lot of trouble. Later on, during the Fake Karakura town arc, he defeated many Captain-level Soul Reapers and Visoreds with ease.

He was mainly created by Aizen to hold on to Genruysai Shigekuni Yamamoto; before his death, he managed to rip one arm of the Captain Commander. 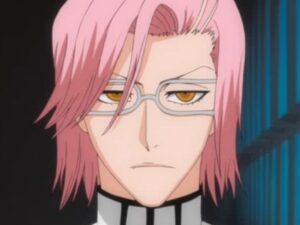 Granz was an 8th espada in Aizen’s Arrancar army. He is the younger brother of the numero Yylfordy Granz. Granz helped Nnointra to perform a surprise attack on Nel. When Ichigo and his friends came to Hueco Mondo to rescue Orihime, he faced off against Renji, who was later joined by Uryu.

He manages to overpower them both with ease by making their dolls. Later with the arrival of Mayuri Kurotsuchi, things started to change as Mayuri was his counterpart in terms of intelligence.

He battled Mayuri and was killed by him. The reason he made it above Zomari is because of his grand return in the Jaws of Hells arc, which is a sequel manga to Bleach set after 14 years.

He shows his immense strength to the vice-captain as he a had little reunion with Renji. He later battles Ichigo; it is where we witness him become immensely stronger than he was in Arrancar Saga. Granz currently holds the position of Jailer in Hell. 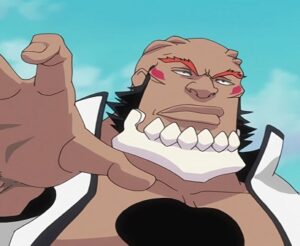 Yammy was an Arrancar with a bulky body which made his appearance during the Arrancar arc where he attacked Orihime and Ichigo. He managed to crush Tsubaki, one of the Orihime’s Santen Kesshun, into pieces.

During the battle, he was overpowered by Ichigo until the latter’s inner hollow started to take control of the body. When he gets the opening against Ichigo, he starts to beat him senselessly until the arrival of Urahara, who not only stop but also cuts off his arm.

Later on, during the Fake Karakura town arc, he intervenes in a battle between Zaraki and Byakuya, who are arguing. But he was defeated by both the captains with ease. Yammy holds the rank 10th Espada, where it is revealed that when he releases his Zanpakuto, his rank becomes 0. 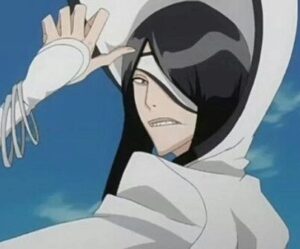 Nnoitra is extremely arrogant and cruel, which is shown by his actions during the Arrancar saga. To become an Espada with the help of Granz, he defeats Nel by using underhanded techniques.

The moment Ichigo defeats Grimmjow, Nnoitra makes his appearance and makes a critical hit to the already injured Grimmjow. He starts to fight against Ichigo and starts to overpower him.

Nel uses her power temporarily to grow into adult form after witnessing Ichigo getting beaten by Nnoitra. She managed to overpower him; unfortunately, her time ran out, and she became a kid once again. Kenpachi Zaraki arrived and took on Nnoitra; at first, he underestimated Zaraki and continued to mock him during the battle. But he was shocked by Zaraki’s love for fights who started to give him a tough fight.

Nnoitra proved to be a tough opponent for Zaraki, where he was forced to use a technique that was Captain Commander when he became captain. This attack grievously injured him while Zaraki was ready to spare him as he was leaving for his next battle.

But the constant taunts by Nnoitra made Zaraki, which made gives him another blow that kills him. He was 5th Espada in Aizen’s army. 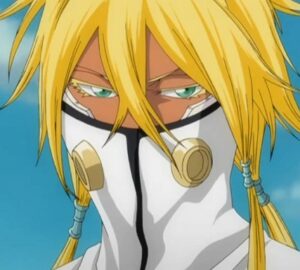 Tier is 3rd Espada, who invades Karakura town along with their leader Aizen. She clashes against Toshiro Hitsugaya who manages to defeat her. After the death of Stark, Aizen appeared behind her and slashed across her chest.

Later she became the de-facto leader of Hueco Mondo after the deaths of Stark and Baraggan, where she was captured by Wanderich’s army. 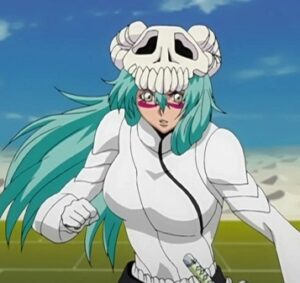 Nelliel, also known as Nel, met Ichigo and others during the Hueco Mondo arc. She readily helped them by explaining the world of Hueco Mondo.

It was later revealed she used to hold the 3rd Espada position but Nnoitra who teams up with Granz manages to defeat her by using foul play. It made Nel turn into a child. But during the battle, she manages to get her adult form back when she saw Nnoitra overpowers him.

She briefly clashes with him, but she manages to overpower him during the fight. But her time ran out she reverted to her child form. She later made her appearance during Thousand Year Blood war arc. 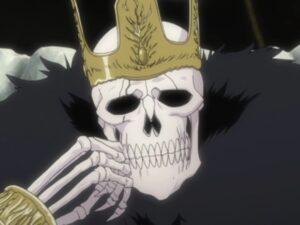 Baraggan was the leader of Hueco Mondo before the arrival of Aizen. This made him extremely jealous and hateful toward Aizen, yet he bowed to him. After his defeat at the hands of Aizen, he made a secret vow to destroy him.

During the fake Karakuri tow, he fought against Sui-Feng and managed to decay one of her arms. Later he was defeated and killed during the battle. Baraggan was the No.2 espada. 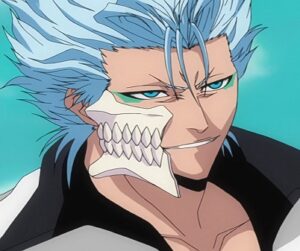 Grimmjow was the No.6 Espada who made his appearance during the Karakura Town arc. He defeated Ichigo two times during the Arrancar arc. When Ichigo arrived at Hueco Mondo, he was extremely excited to face him again.

He fought against hollowfied Ichigo using his resurrection form, where he was defeated by him. Later he aided the soul reapers against Sternritters during the Thousand Year Blood War arc. 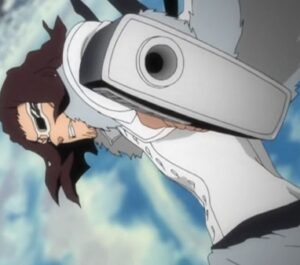 Stark is one the strongest arrancar and was the No.1 Esapada in Aizen ‘s army. He clashed against Shunsui Kyoraku during the fake Karakura Town arc.

After a tough fight, Shunsui slashes his chest, which nearly cuts him in half. He fought against four captain-class fighters back-to-back. No other Espada did that, not even pull such a feal, including Baraggan, who was only just under him in rank. 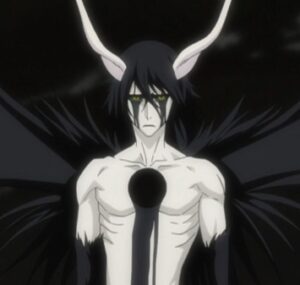 Ulquiorra is the strongest Arrancar of the Bleach Series. For reasons unknown, he kept his power hidden. He is the only Arrancar to have the second resurrection form. It took Ichigo to transform fully into a hollow to defeat him.

He was the No.4 Espada. Ulquiorra’s slow shift from hating humans to ultimately understanding the meaning of “heart” makes him the most human of all Espada.

So, this is it for today, folks! Here, we have concluded our article on “Top 20 Strongest Arrancars in Bleach”. We will be back with another Bleach article very soon.