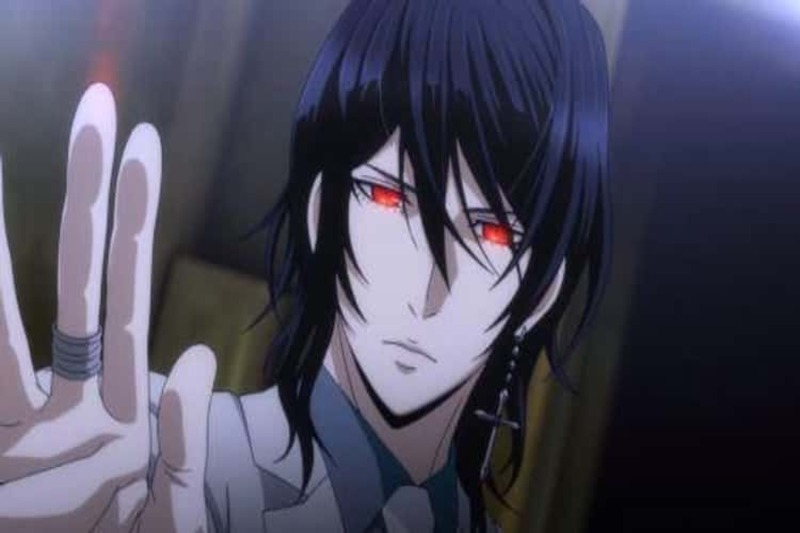 We have never seen a human who’s not drooling over some vampire from the fictional world. In fact, people are obsessed with vampires. They are also mentioned in Greek and Egyptian texts, where they are described as vengeful, blood-drinking animals.

This genre has gained attention in the otaku world and has a huge fan following. While some vampires can wield different kinds of magic, the majority of them have superhuman strength, speed, and healing. The Top 15 Hot Vampire Anime Guys who Deserve Recognition are shown to you in this article. 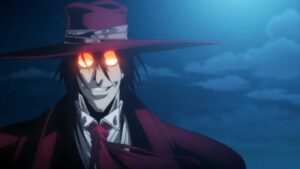 The central character of The Hellsing, Alucard, is the Hellsing Organization’s most potent weapon in the fight against vampires and other supernatural beings. Alucard is more than just a simple vampire; it has been argued that he is the most potent vampire still living and might be the most potent person in the entire series.

He has the typical features of a vampire, including blood-red eyes that occasionally shine when he is feeling emotions strongly. He is a tall, long-limbed, broad-shouldered adult man who appears to be at least somewhat young. His everyday attire consists primarily of traditional Victorian clothing. 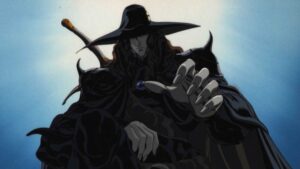 D sometimes referred to as Vampire Hunter D, is a dhampir meaning that he is half vampire, half human. D is said to have unmatched good looks, which makes women drool and even men admire him. Women frequently remark on his muscularity.

Although he is extremely cold, he does not mean to be unpleasant. When the occasion demands it, he has the ability to express himself. Most frequently, he does this when his client is in danger or when their safety is being threatened against him, startling the aggressors with a flash of raging rage. 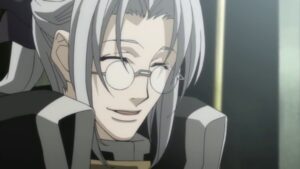 Abel Nightroad, well known by his codename “Crusnik,” is a representative of the AX branch of the Vatican Ministry of Holy Affairs. With long, silvery hair that is pulled back with a black ribbon and blue-gray eyes, he is a handsome guy.

When Abel is in the Krusnik form, his eyes glow red, and a pair of fangs protrude from between his blackened lips. Additionally, he is equipped with a set of black wings and a blood-created red scythe. He is also a lot more intelligent and capable than he lets on, yet in combat, he typically tries to disarm or submit to his opponent rather than eliminate them. 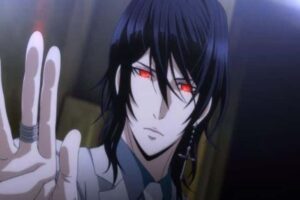 In contrast to other Nobles, Cadis Etrama Di Raizel is a Noble from Lukedonia who has the special title of Noblesse, designating him as their secret protector, judge, and, if necessary, executioner.

He has a limited understanding of the 21st century and frequently gets lost, especially when using modern technologies like computers and cell phones. At the beginning of the series, he is not even able to open a door.

Both Nobles and humans have praised him for being a very attractive and elegant person. He has jet black hair and scarlet eyes. 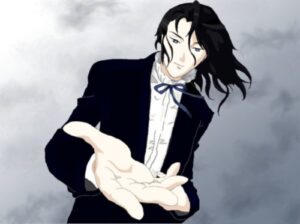 Haji still has the appearance of a handsome 25-year-old guy despite being over 140 years old because that is the age at which he was made a nobleman. He has jet black hair that reaches his shoulders, a pale complexion, and somewhat wavy bangs that cover his left eye. He is extremely tall.

For the majority of the series, he is depicted as having a relatively peaceful, reclusive, stoic, and silent attitude, rarely expressing his emotions or speaking. When he does, he only speaks in little, repetitive fragments. 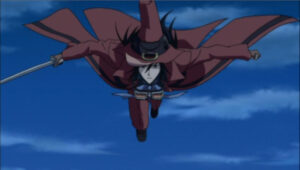 With long, back-length black hair and dark grey eyes, Jiro is a very handsome young man. His outfit has a victorian aesthetic and features the colors red, black, and blue. He is dressed in a black button-up shirt, scarlet overcoat, and red slacks. A large blue ribbon is tied around his neck.

Jiro is very mature and peaceful, and he has a deep affection for his brother Kotaro Mochizuki. He is also an excellent swordsman. He has more power than other vampires because he is an Old Blood who has lived for 100 years and is able to quickly eliminate more than 5 Kowloon Children at once. 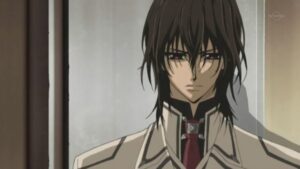 Pureblood vampire Kaname Kuran, who serves as the family’s head, is engaged to Yuki Cross and is also Ai Kuran’s biological father. He has red-brown eyes and dark brown hair with bangs that fall into his face. His facial expressions are often calm and serene. He is said to be one of the tallest vampires in the Night Class.

He has immortality and the capacity to recover from any injury, with the exception of wounds caused by anti-vampire weapons to the brain or heart, as all Pureblood vampires do. Like all vampires, he has the capacity to absorb the abilities of those whose blood he sucks. 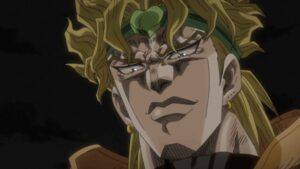 After transforming into a vampire and later using the Stand, Dio Brando gathered a large number of followers and is accountable for many of the series’ key events. He has a very muscular physique, most likely as a result of his intense training and vampire tendencies. In the anime, he is also described as attractive.

He lacks compassion and humanity. He learned that his Stand could pause time around a year after acquiring it. Additionally, he is shown to have another Stand ability with comparable precognitive and divination powers. 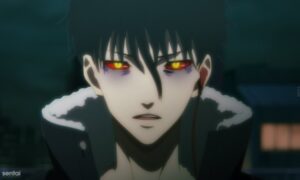 Police officer Yuuki Anzai is a half-human, half-devil hybrid. His powers as a hybrid are put to use in his job as a police officer. He still yearns for blood like any other devil, despite the fact that he isn’t a pure-blooded devil, but he has a severe prohibition against drinking blood.

He is a young man of average height, with a fit and muscular physique. His most recognizable feature is the long black hair that hangs down in front of his face. 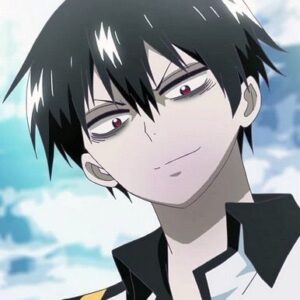 The main character of the Blood Lad television series is Staz Charlie Blood. He is the head of Demon World’s Eastern sector, a fearsome figure to others, and rumored to be a blood-sucking elite vampire. However, he is actually simply a typical vampire geek that is obsessed with everything related to the Human World.

He is a young vampire with black hair and red eyes. Additionally, he has pointed, fanged teeth. Staz gains significant power after his sibling unlocks his power seal. He can now take on a physical form by transforming into a hand with open circles at the joints and in the center of the palm. He excels in long-range attacks using his demonic strength.

5) Mikaela Hyakuya (Seraph of the End) 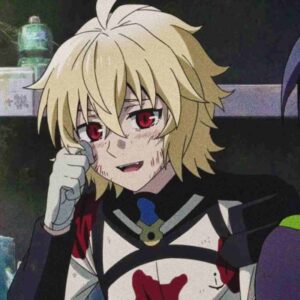 The deuteragonist of Seraph of the End is Mikaela Hyakuya. He develops fangs after becoming an unfinished vampire, but his eyes continue to be blue. These become crimson after consuming human blood, including Yu’s, at which point he turns into a full-fledged vampire.

Mika is tough physically, as evidenced by the fact that even after being stabbed in the torso, he barely exhibits pain. After seeing what had happened to his family, he was initially opposed to the thought of becoming a vampire, but after fully transforming, he expressed happiness.

4) Yūichirō Hyakuya (Seraph of the End) 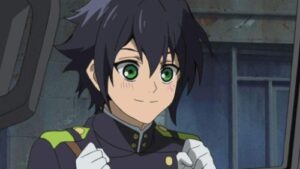 The central character of the anime is Yichir Hyakuya. His black hair is medium length and may be described as both neat and untidy. His eyes are big and green.

In the uncontrollable state of becoming a demon, he yells in a mixture of anguish and wrath. He can hold his own against swift vampires with supernatural abilities and monsters because of his swordplay skills. 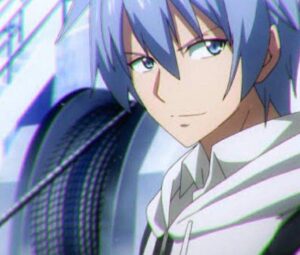 Although Kojou Akatsuki seems to be a typical high school student at Saikai Academy, he is actually the fourth primogenitor, the most powerful vampire ever, and an immortal demon that was previously considered to exist only in myths.

He appears to be a 16-year-old boy. He has blue eyes that turn crimson when he is either aroused or angry. He also has dark silver-blue hair. He has a body with muscles that are well-toned. In addition to all of this, he is a kind, compassionate person who goes above and beyond to assist others. 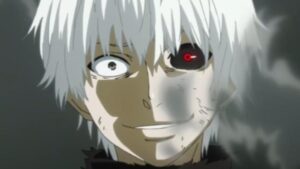 The anime’s central character, Ken Kaneki, is currently Ichika Kaneki’s father and Touka Kirishima’s husband. He is the first artificial one-eyed ghoul that is known. It wasn’t like this always.

He was a Kamii University student, leading a fairly typical existence, studying Japanese literature. But after Rize Kamishiro’s Kakuhou was inserted into him and he was turned into a one-eyed ghoul. 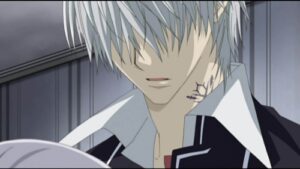 Zero is a tall young guy with lavender eyes, a snow-white complexion, and short, straight silver hair. On the left side of his neck, Zero has a tattoo called Hunter’s Seal that was initially applied to control his vampire tendencies.

He normally maintains his composure and is also mindful of Yuki. Although he appears to other students to be uncaring and unfriendly, the opposite is true.

Although he is a vampire, he has anti-vampire weapons in addition to the typical vampire powers of being able to sense them from a great distance and rapid recovery.

With this, we come to the end of today’s article on Top 15 Hot Vampire Anime Guys. We”ll present you with more such articles. Till then, stay tuned!!