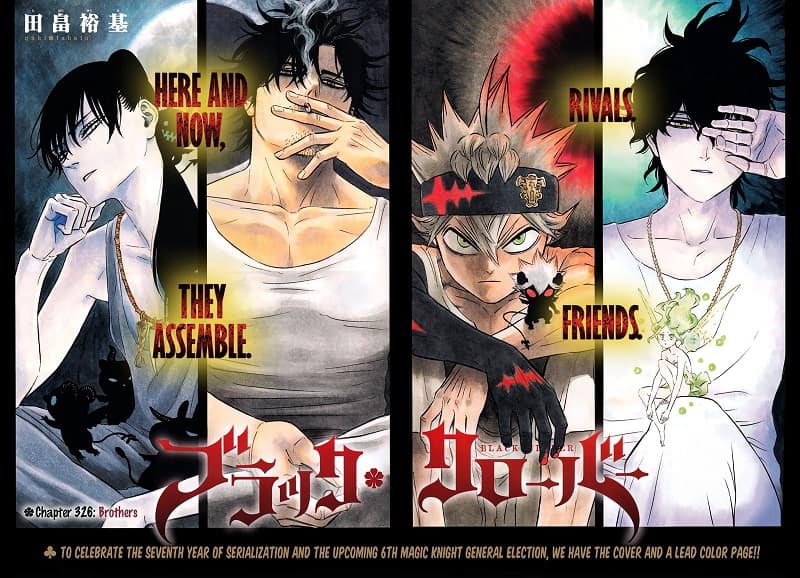 Black Clover is a Japanese manga that follows the story of Asta and Yuno. When it comes to Black Clover, magic is everything. Unfortunately, the main lead of the series, i.e., Asta, is born without any magic. His goal is to become the Wizard King, the title given to the strongest wizard.

In the Black Clover world, every person who desires to become a wizard is granted a Grimoire. Grimoire is a special book that bestows the user to cast advanced magic spells. It is one of the main sources of power for the Magic Knights and other wizards. In Black Clover, there are mainly four kingdoms, which are as follows:

All these kingdoms have their Grimoires and respective symbol on the front cover of their book.

The five-leaf Grimoire is a corrupted grimoire that is formed when the owner of the four-leaf Grimoire goes into despair. The fifth leaf in the Grimoire represents the devil. Today in this article, we are going to talk about the strongest grimoires in Black Clover. 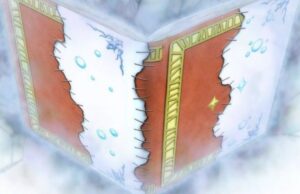 The most surprising name on the list is Mars, as he has less screen time in manga. Mars is basically from the diamond kingdom. He was the main antagonist during the Dungeon exploration Arc.

He was defeated by Asta and Yuno. Later on, he again reappeared during the Witches Forest arc, where he came to get medicine for his king.

The main reason he made it into the list is because of the uniqueness of his Grimoire. Unlike other wizards’ Grimoire, his Grimoire covers consist of two different covers roughly sewn together to create a single Grimoire.

As a result, the Grimoire had two diamond symbols on it. Mars has a diamond Grimoire with various spells based on crystal and fire. 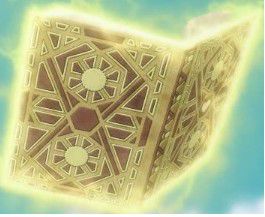 Gadjah has a heart grimoire with various magic spells based on lightning. Here, we have taken Gadjah’s Grimoire instead of Lolopeckha’s because his lightning magic is very powerful. If some strong character uses his magic, then they can attain the full power of his Grimoire. 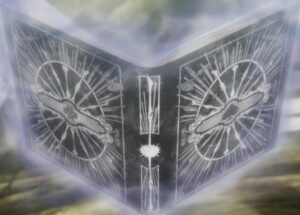 Zenon is a Spade Kingdom wizard who uses bone magic. He is a devil possessed, which grants him the use of Spatial magic too. Zenon invaded the Clover Kingdom to capture William Vangeance.

In the process of capturing, he destroyed half of the Golden Dawn squad. Later, he also managed to capture Yami Sukehiro. During the raid on the Spade Kingdom by the Clover Kingdom, he fought against Yuno, whom he lost against during the battle.

He is the host of the devil Beelzebub; after his death, his devil power was passed onto Sister Lily by Lucius. Zenon has a spade grimoire with various magic spells based on bone magic. 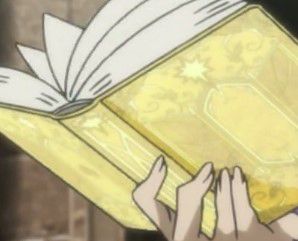 William is the captain of the Golden Dawn Squad and is one of the most powerful wizards in the Clover Kingdom. At the beginning of the series, he was considered as closest to becoming the Wizard King.

After the elf incident, he lost the trust of other captains. He diligently worked hard after that incident, even when Zenon attacked his squad. He put his squad first rather than himself, which become one of the critical factors for his defeat.

William and Yami were a part of a plot to create the Tree of Qlipoth by Dark Triad. During their final fight against Lucifero, he assisted Yami by giving him a Mistilteinn Blade by using his World Tree magic. He uses a three-leaf clover grimoire which has various magic spells based on World Tree magic. 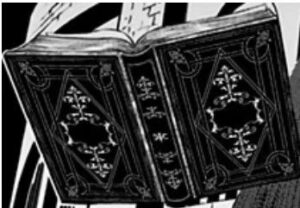 Nacht is the vice-captain of Black Bull, and he acted as a spy in the Spade Kingdom. After William and Yami got kidnapped, he returned to the Clover Kingdom.

Nacht immediately warned the impending threat by the Spade Kingdom to other squad captains and helped Asta to make a contract with the devil.

The reason behind putting Nacht’s Grimoire is because he has the mysterious Grimoire, which devils possess, and it doesn’t reflect any symbol (either clover, spade, heart, or diamond). No one knows the origin of his Shadow Grimoire. He is host to four mid-ranking devils. 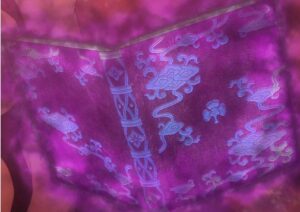 Yami is the captain of the Black Bulls; he is easily the strongest captain in the kingdom. He could have easily become a candidate for the Wizard King, but his easy-going nature and lack of discipline make him not to be a Wizard King.

Despite his lack of discipline, he mentors and motivates his squad member during tough times. He uses a three-leaf clover grimoire which has various magic spells based on Dark Magic. Yami was originally from the Land of Rising Sun. 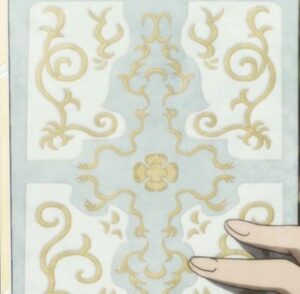 Licht is the leader of the elf tribe and was the best friend of the first wizard king Lemiel Silvamillion Clover. He becomes a demon after the massacre of his elf tribe at the hands of Zagred.

Licht was slain by his friend, and his remains were on the outskirts of Hage village. He possesses a four-leaf clover grimoire which has various spells based on Swords. 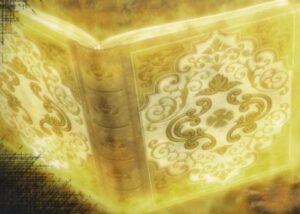 Lemiel Silvamillion Clover is the first wizard king of the clover kingdom. He is his best friend of Licht and slays his friend after his transformation into a devil.

In the process of defeating him, he gets mortally wounded; thus, Secre seals on top of Licht’s skull. He possesses a four-leaf clover grimoire which has various spells based on light. 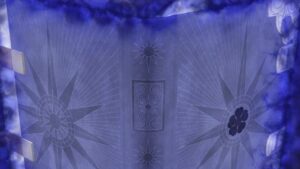 Asta is not the only one in the Black Clover series who has Five-Leaf Clover Grimoire. Patri/Patolli five-leaf clover grimoire that was formed after falling into despair by Zagred.

Now he has Dark-Light Magic which is the most powerful and unique magic. We don’t know why the series has nerfed him after the Elves arc, but no doubt he is one of the strongest characters in the series. 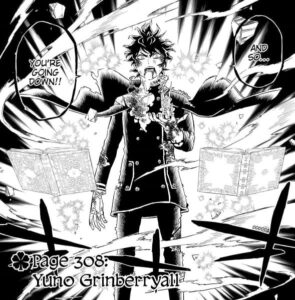 Yuno Grinberryall grew up with Asta in Hage village. Since his birth, he was considered a genius, and unlike other wizards, Yuno is loved by Mana. Just like Asta, he also wanted to become the wizard king.

During the Magic Knight entrance exams, he aced the exam with ease which impressed all nine captains. All nine captains stood up to recruit him; he chose to be part of the Golden Dawn Squad.

Throughout the series, the growth of Yuno is exponential, as he is always one step ahead of Asta. Later it is revealed that he is the prince of the Spade Kingdom. He is the vice-captain of the Golden Dawn squad and is chosen by the wind spirit Sylph. 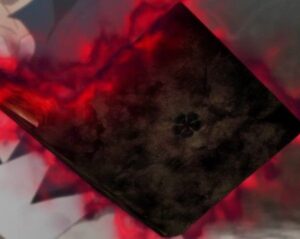 Asta was born without any magic, which happens to be a scarce case. He grew alongside Yuno, whom he considered to be his rival in Hage village. Since his birth, he was supposed to be a failure and was always laughed off by others.

Asta fails the Magic Knight entrance exams, where he only manages to pass in combat exam. No, captains were interested in taking him into their squad but seeing his determination to become Wizard King, Yami takes him into his squad.

Throughout the series, Asta consistently works hard to get acknowledged by other wizards. Later, every wizard starts to respect him regardless of his status. He was a key player during many fights; with the use of his rarest magic, “the anti-magic,” he became one of the strongest wizards in the kingdom.

Asta has a Five-Leaf Clover Grimoire, which grants him the use of anti-magic that turns out to be a disguised blessing. He is the host of the devil Liebe. The reason behind putting Asta in the second position is because of his rarest Grimoire that was formed due to many unusual circumstances. 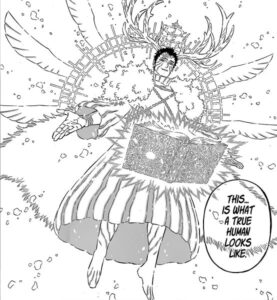 Lucius is the most powerful wizard in the Black Clover series. He is the final antagonist, and he manages to defeat Asta with ease. Lucius has a grimoire with two superimposed spades containing various magical spells based on the soul.

He also uses time magic as well along with gravity magic, which he absorbed from Lucifero. The reason behind taking him at the first position because currently, he has the strongest Grimoire in the series with both Time and Soul magic.

During the battle with Patri, we witnessed his immense Grimoire with no cover floating at the top. Undoubtedly presently, he possesses the most powerful magic.

Here, we conclude our article on “Top 10+ Strongest Grimoire in Black Clover (2022)”. Next, we have a little FAQ section to answer some of the most asked questions.

Q1. What is the rarest grimoire in Black Clover?

Ans. Asta’s Anti-Magic is the rarest Grimoire in Black Clover.

Q2. What is the best Grimoire in Black Clover?

Q3. Who has the strongest Grimoire in Black Clover?

So, this is it for today, folks! Here, we have concluded our article on “Top 10+ Strongest Grimoire in Black Clover (2022)”. We will update once the story progresses, as the story is in the final arc, where after losing his battle against Lucius, Asta is sent to the Land of Rising Sun, the hometown of Yami.