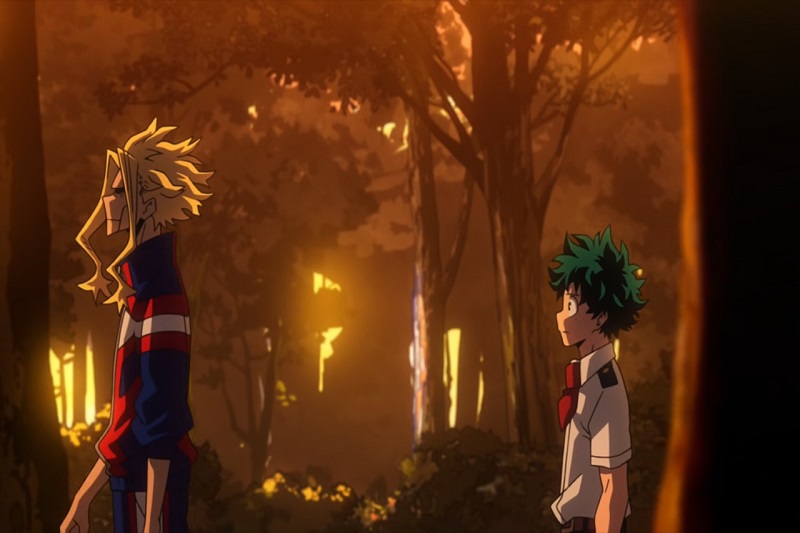 My Hero Academia is one of the top new-gen manga which started way back in 2014. It is touted to carry the legacy of the Big 3 right after Naruto and Bleach ended. It is always on the front on the cover page of jump along with One Piece. The manga deals with superheroes, where people are born with a unique trait known as a quirk. Most people are born with quirks; however, some don’t have these special abilities like Toshinori Yagi and Izuku Midoriya, known as quirkless.

The main plot of the story is about a boy who is born quirkless. His whole life changes when he is given a quirk by All Might. The manga deals with the ideals of heroes and villains and their clashes. The great thing about this manga is it explores the ideologies of the villains very well.

Today in this article, we are going to deal with the deaths of our beloved hero characters who gave up their life doing the hero service. Also, we will discuss possible deaths that may happen in the manga too. 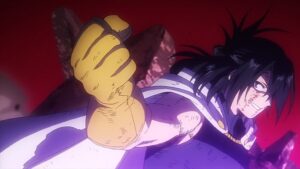 Nana Shimura is the mentor of All Might and 7th user of One for All. She was a very noble hero who clashed against All for One. Nana Shimura trained All Might and taught him the basic principles of being a hero. She sacrificed her life to protect her student, All Might, to whom she passed down her quirk.

Her death was very emotional, as it took a toll on All Might. All Might viewed her as a mother figure. Her death fueled All Might to become the number 1 hero, thus leading him to become a symbol of the Piece. Nana Shimura’s quirk was float, and she was a relative of Shigaraki Tomura. 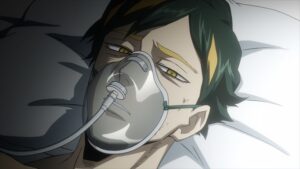 Sir Nighteye was the former sidekick of All Might. All Might and Nighteye used to make a great team; they parted their ways after arguing over the former’s way as a hero.

When he was first introduced, he appeared cold and calm and immediately disapproved of Izuku being All Might’s successor. Later forming a bond with he begins to change his opinion towards Izuku as he finds that he is very similar to All Might.

He sustained grave injuries during the Shie-Hassaikai arc by Overhaul. During the battle, he sees the vision where Izuku dies, and Overhaul escapes with Eri. But this proves to be wrong as Izuku twists fate, and he smiles when Izuku defeats Overhaul.

He finally succumbs to his injuries in the hospital with his Staff, All Might, Izuku, and Mirio around him. It was finally revealed that he hoped to have a cheerful society with a bright future.

Sir Nighteye’s death was a very tragic and emotional one. His death caused a lot of impact on characters such as Izuku, Mirio, and All Might. His death motivated both Izuku and Mirio to become stronger.

Midnight was introduced way early in the series. Midnight arrived along with other heroes at USJ to help Section A students from the villain’s attack. She was a teacher at UA academy who teaches Model Hero Art History. She later appeared during the sports Festival arc, where she was the chief referee. During UA Final exams arc, she fought against Sero and Mineta.

She played a prominent role during the Paranormal Liberation War arc. During the arc, Midnight gets badly injured in the midst of stopping Gigantomachia. She gets ambushed by one of the liberation army soldiers, who kills her. Her death was shocking and unexpected; she was mourned by UA students. 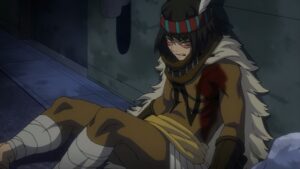 Native made his appearance during Vs. Hero Killer arc. He was defeated by Stain and was about to be killed by him alongside Tenya Ida. Thanks to the arrival of Deku and Shoto, he was rescued by them.

Native participated in the war alongside other pro heroes, where he halted Shigaraki from getting his hands on Aizawa. Unfortunately, he met his end when he clashed against Near High-End Nomu, who overpowered him and bit off his arm. 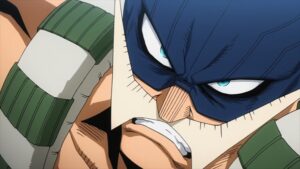 Snatch is also known as the Sand hero who appeared during the post-Shie-Hassaikai arc. He was escorting Overhaul along with the police. They were attacked by a league of villains who were hell-bent on having their revenge on Overhaul. He was quickly killed when he fought against Dabi and Mr. Compress. 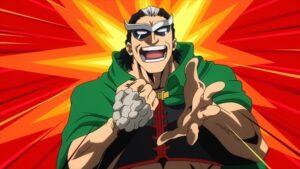 Crust made his first appearance during the Pro-Hero arc, where he was announced as the No.6 pro hero. He is also known as a shield hero. He participated alongside other heroes in the Paranormal Liberation War Arc against the villains. When Shigaraki released his decay, he sacrificed himself to protect Aizawa. 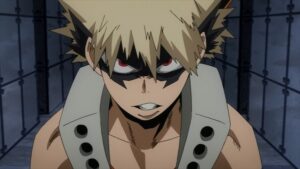 The most shocking death in the series was the death of Katsuki Bakugo, who died during the final arc. In terms of combat, Bakugo was the No.1 in the class. He started as the bad boy in the manga at the beginning of the series. Bakugo was jealous of Izuku’s abilities, leading to frequent bullying.

Since the beginning of the story, he has been arch-rival to Izuku. He always tries to compete with and try to beat him in every aspect. Later in the story, he starts to acknowledge Izuku and starts to grow as a real hero. When Deku leaves UA in search of All for One, he is the first one to suggest finding him. When he finally meets Izuku, he says sorry to him for what he did in the past.

In the final arc, he battled against Shigaraki Tomura alongside other pro heroes. He fights against Shigaraki, where the latter bursts his heart entirely and mortally wounds him. In the process, he managed to give a killer blow to Shigaraki, which affected him very badly. Currently, Edgeshot is preparing to sacrifice himself to save him. 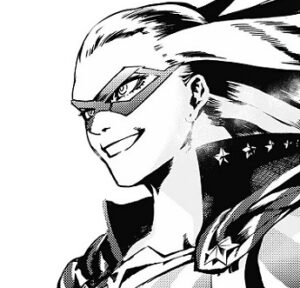 She is the no. 1 pro hero of the United States of America. She was inspired by All Might to become a hero since her childhood. Star & Stripe clashed against Shigaraki Tomura, where she managed to give him a tough fight before her quirk new order was stolen.

But her quirk rampages and destroys several quirks of Tomura, which becomes too much to handle. She finally gives to his Decay and passes away while saying that there will be someone who will come to inherit the will of heroism. 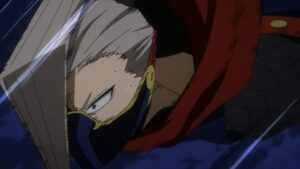 He is the no.4 pro hero who made his appearance during the hideout-raid arc. He assisted All Might during his fight against All for One alongside other pro heroes. Edgeshot participated in the war alongside other heroes, where he defeated Re-Destro. During the final arc, he is about to make a noble sacrifice to save Bakugo.

So, this is it for today, folks! Here, we have concluded our article on “My Hero Academia: All Heroes’ Death Similar to Bakugo’s death (List 2022)”. We will update once the story progresses further, as the story is in the final arc and the stakes are very high.