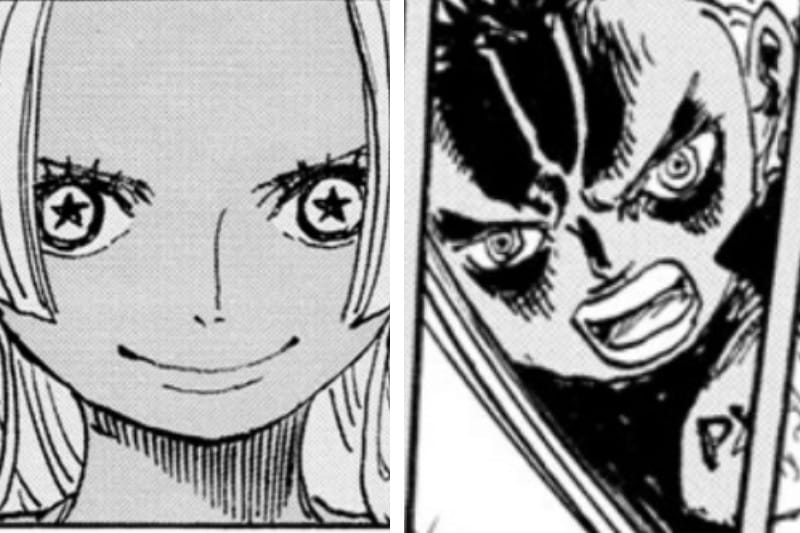 One Piece Chapter 1059 unveiled Vegapunk’s most significant achievement that the World Government utilized against the Warlords of the Sea. Initially, everyone was doubtful about how Pacifistas or any new experiments could replace the mighty Shichibukai. But the latest chapter displayed the entrance of only two Seraphim Pacifistas that took down nearly the whole Amazon Lily. So how powerful are Seraphim Pacifistas? Are they as strong as the previous Warlords, and does Vegapunk has the army of these? Numerous questions are ascending in various discussion hubs after witnessing a glimpse of Seraphim’s power. So, let’s discuss them.

Seraphim Pacifistas are Vegapunk’s greatest achievement or the most potent soldiers that think to be equally powerful as Warlords. The World Government, who knows everything, has made a bet on the Seraphim Pacifistas and abolished the Warlord system from the Marines. In the beginning, we knew that Warlords played a crucial role in maintaining the balance between Marines and Emperors. 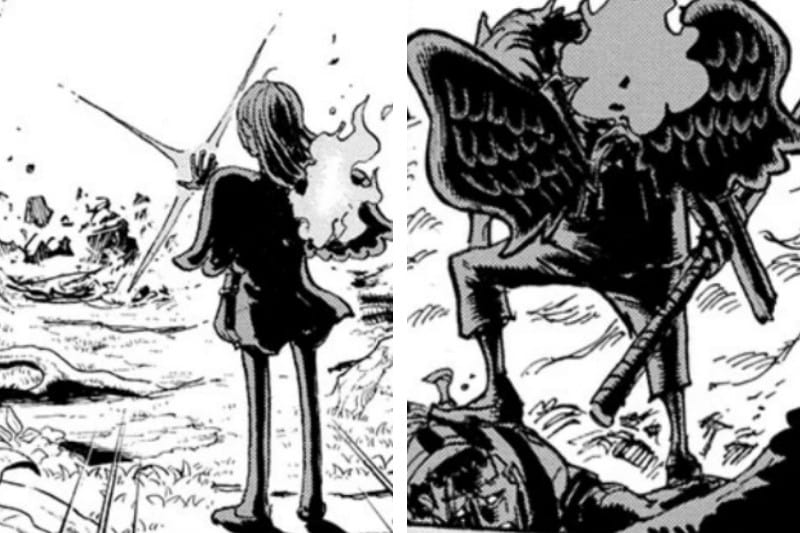 And now the WG are confident enough on Seraphim that they decided not only to abolish Shichibukai but to capture them. They took a stake in Seraphim Pacifistas to maintain the balance between Marines and Yonkos.

In the manga cover pages, when Enel arc was going on, Oda sensei already displayed how Seraphims are made. Remember, Enel met some robotic Lunarians, short in size, that told him how Devil Fruits are created and how they made robots. Below we have inserted the panel. If that is so, then there is a chance that Vegapunk or the WG also has knowledge of Lunarian robots. 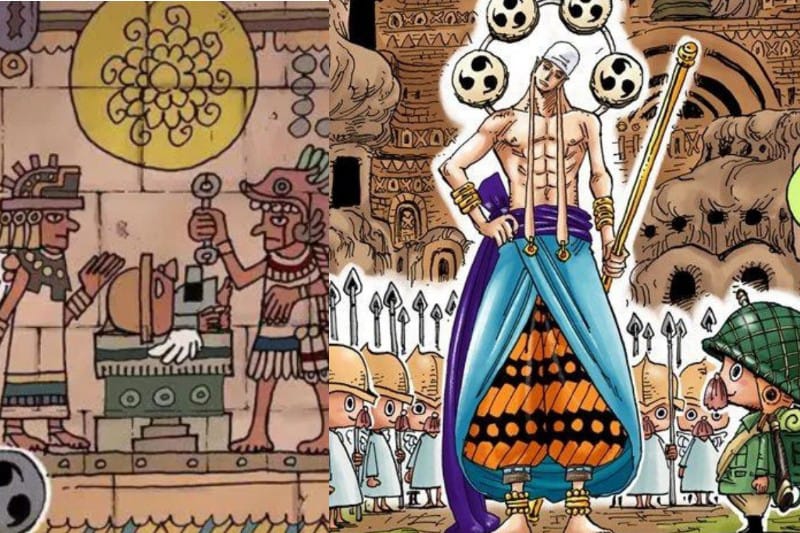 The previous Pacifista, the PX series, were also potent, but they were not durable enough to take down strong Pirates. In the Marine ford war, we witnessed how Boa Hancock alone eliminated too many Pacifista. But now, after seeing Seraphim’s abilities, everyone has initiated approximating them. But now the question arises how powerful are Seraphim Pacifistas?

In One Piece Chapter 1059, we witnessed only two Seraphim Pacifistas were enough to destroy the Amazon Lily. One of them effortlessly took down all sisters of Boa Hancock, and the other was powerful enough to eliminate Blackbeard’s crew and attack him.

Also, a sword swing of Seraphim was enough to cut the central mountain of Amazon Lily. Even Blackbeard was surprised to witness the level of their powers. So, in our opinion, Seraphim Pacifistas are on the level of an average strong pirate who knows the primary forms of Haki. 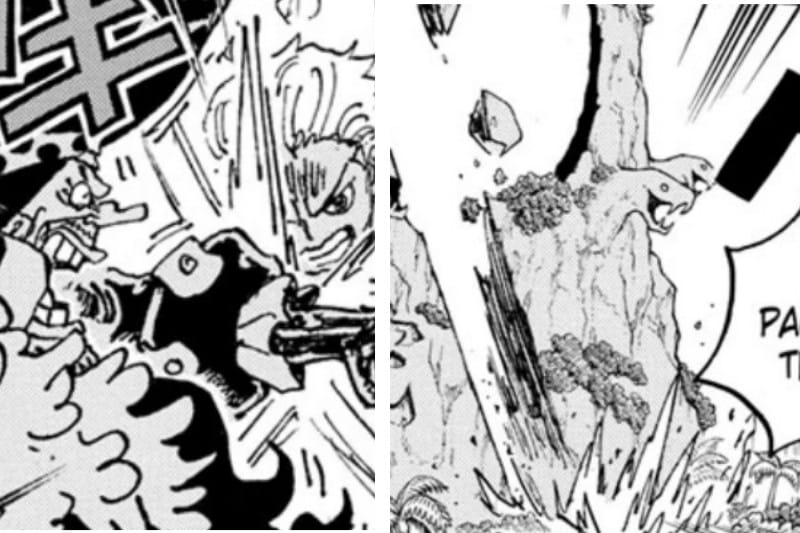 Only the fruit advantage or the advanced form of Haki is helpful to fight against them. This means an average Haki user will face too much difficulty defeating them.

In addition, according to the various theories, Vegapunk has used the Lunarian’s blood to create Seraphim Pacifistas. If it’s true, then their durability may be similar to King’s.

It means that the fire on the back increases their toughness. Also, Vegapunk knows the concept of Advancement of Haki and Awakening of Devil Fruit; that’s why he has prepared Seraphim in this manner so that they can eliminate even the strongest Pirates.

Presently, we haven’t seen the full potential of these Seraphim Pacifistas. But if they have Lunarian abilities, then there is no doubt that they may be on the same level as the previous Warlords (excluding Mihawk).

1) Sword ability: One of the Seraphim has the powerful sword ability that its one swing was enough to cut the mountain in Amazon Lily. He alone defeated Blackbeard’s ship crew and attacked him. Teach had to use the ability of Dark-Dark Fruit to get rid of him.

2) Laser: The Seraphim that exactly looked like Boa Hancock did not have a sword, but she exerted powerful laser beams from her hands. She alone defeated all her sisters on Amazon Lily.

3) Wings: Unlike previous Pacifistas, Seraphim have wings to fly. They mainly fight in mid-air which gives them an advantage over the opponents. With wings, there is no need to carry them on ships.

4) High Durability: Seraphim’s structure is similar to a Lunarian, considering high durability than any other previous Pacifistas. The fire on the back also enhances their resilience. Also, there wasn’t a single scratch on them after the fight.

5) High Speed: Having wings grant Seraphim to travel faster than the previous Pacifistas. Also, the PX series was prolonged, but now these new Pacifistas are very quick and can attack a large scale in no time.

6) Combat Design: The PX series are large and slow; however, Seraphim Pacifistas have combat design with enhanced toughness (that looks like children), allowing them to move faster and attack over an extensive range.

7) Recording: Seraphim Pacifistas’ eyes have cameras installed that allows them to record all the fights. Vegapunk sent them on Amazon Lily just to test their abilities. Hence, they have recorded all the events on Amazon Lily, and Vegapunk will make the necessary modifications based on the fight.

Seraphim Pacifistas have the design of Lunarian children with Warlords’ faces. As justified by Boa Sandersonia, one of the Seraphim looked identical to Hancock as a child.

Many fans have predicted that all Seraphim Pacifistas are looked similar to the previous Warlords, and their strength will vary according to it. Like the one who attacked, Teach has a sword ability similar to Mihawk.

#ONEPIECE1059 #ONEPIECE
This is so fire pic.twitter.com/4RkRf4N4st

It was powerful enough to cut the mountain. In our opinion, Vegapunk has made Seraphim Pacifistas by using Lunarian blood and Warlords’ abilities. He copied the abilities of every Warlord and inserted them into it. But to use the Shichibukai faces is only to develop fear. However, the real reason behind it is still yet to unveil.

That’s all for now. We hope you like our post. We will update this post once we get the new information on it. Till then, stay tuned with us and read the articles below.