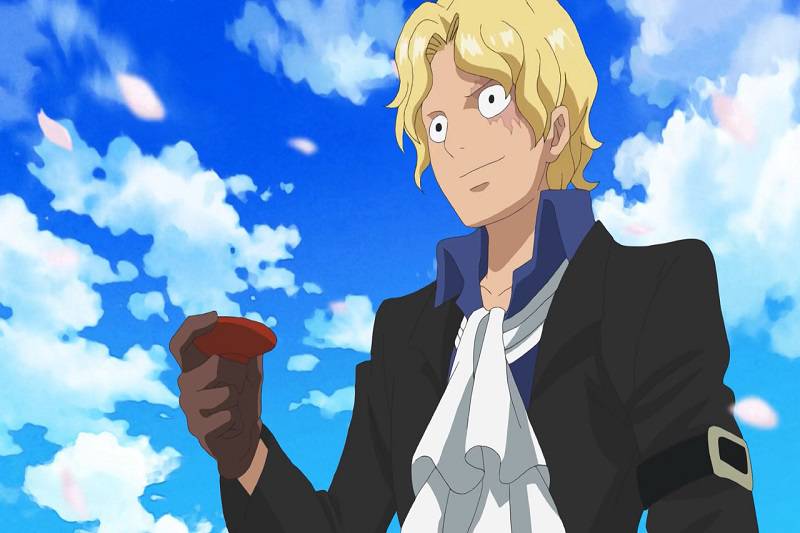 Sabo is one of the essential and popular characters in One Piece. He is currently regarded as the flame emperor in the series. Sabo is the brother of Ace and Luffy, and they become family by exchanging the cup of Sake. After making his appearance in the Dressrosa arc, he was spotted again in the limelight during the recent incident, where he took on marine admirals as well as managed to rescue his comrade Kuma. Fans become curious to know about his strength and raise a question regarding him “How strong is Sabo in One Piece?”

The answer to the question is: Presently, Sabo is one of the strongest and most daring characters in One Piece. He, with commanders, clashed with two marine admirals at the Holy Land of Celestial Dragons to save his friend Kuma. During the Dressrosa arc, Sabo defeated one of the ten titanic commanders of Blackbeard, Jesus Burgess, a Vice Admiral, and fought equally with Fujitora.

Later in the post, we captured the journey of Sabo throughout the One Piece manga, and based on every minor detail, we concluded an unbiased result of his strength. So, let’s discuss.

How Strong is Sabo in One Piece?

Sabo is currently at Admirals’ level or even slightly more powerful than them. He alone defeated one of Blackbeard’s commanders, Jesus Burgess, and a vice admiral. In addition, he even combated Fujitora in the Dressrosa arc, where the fight was considered to be a draw.

In recent events, Sabo, with the other revolutionaries, opposed two admirals, Fujitora and Aramaki, and successfully rescued his friend, Kuma. He is the No. 2 of the Revolutionary Army after Dragon, and after the Marie Geoise incident, the World Government titled him “Flame Emperor.” It means his threat level is the same as an Emperor of the Sea.

From his early days, Sabo and Ace used to steal from pirates. On one of the occasions when Porchemy captured Luffy, he fought alongside Ace to save him. After an incident with celestial dragons where his ship was shot down, he was presumed perished. 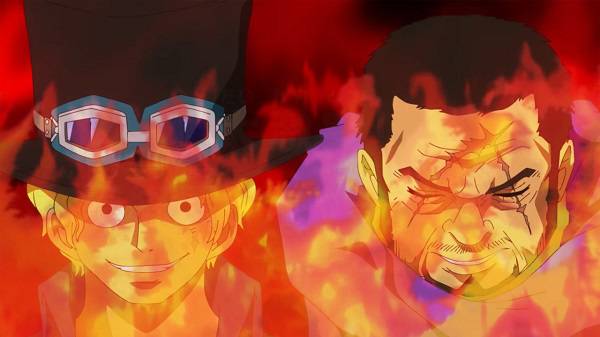 Luckily, he was saved by Monkey D. Dragon,  the leader of the Revolutionaries, and at a very young age, he was trained by Hack and Kuma, where he managed to defeat Hack with his Fishman Karate.

He appeared in the Dressrosa arc to investigate and brilliantly showcased his strength and intelligence in battle during the Colosseum Tournament.

Sabo successfully managed to destroy the ring, which created a huge distraction to other competitors. He took advantage of the mess and gained the power of Ace’s devil fruit.

Later on, during the chaos started by Luffy in Dressrosa, Sabo took on Admiral Fujitora and showcased his immense strength by crushing Bastille’s mask with the power of his claws. Unexpectedly, when Burgess attacked Luffy, Sabo immediately eliminated him just after battling with Fujitora.

He immediately defeated him and left Dressrosa after taking Luffy’s Vivre card. He later appeared during the Reverie arc, where he invaded the holy land of the celestial dragon to declare war on them. There he took on Fujitora and Aramaki and also, and he rescued his old friend Kuma out there.

He also appeared in the movies Gold and Stampede; in the Gold movie, he took on CP0’s strongest agent Rob Lucci and in the movie Stampede, he assisted his brother in taking down Douglas Bullet. In this way, you can estimate how powerful Sabo is.

How Powerful is Sabo’s Haki?

Sabo is a prominent Haki user, unlike Luffy and Ace, who started their journey with Devil fruit powers. Out of the three brothers, he was the first one to learn as he was trained under the tutelage of Revolutionaries. He has mastered his Armament and Observation Haki; however, unlike his brothers, who have legendary bloodlines, he doesn’t possess Conqueror Haki.

Is Sabo stronger than Ace?

Yes, Sabo is currently stronger than Ace. Ace was very powerful and attained the position of the second Commander of the Whitebeard Pirates. He was titled “Fire Fist Ace.” However, Sabo has the upper hand over Haki against him. 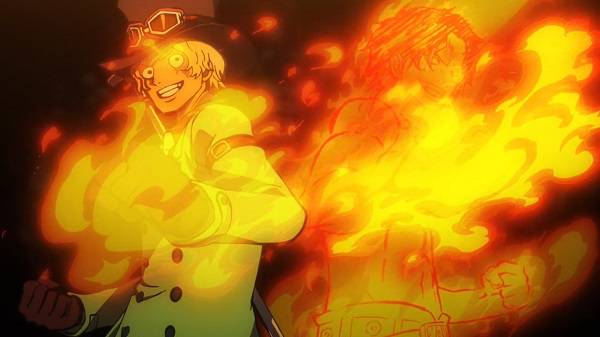 Despite having a strong bloodline, Ace was not a very good user of Haki. He primarily dependent on his fruit Mera Mera no Mi. However, Sabo was already strong enough to be appointed as the No. 2 of the Revolutionaries without the power of any fruit or Supreme King Haki.

His Observation and Armament Haki is powerful enough to take on even an Admiral. And after gaining the power of Ace’s fruit, Mera Mera no Mi, Sabo has become very powerful that the World Government titled him “Flame Emperor.” It means the World is comparing his threat equal to an Emperor.

Sabo is stronger than an admiral. In his current state, he can even advance toe-to-toe with any Admiral and has the potential to defeat them. During the Dressrosa arc, he managed to keep Fujitora at bay, and in front of him, he easily defeated the vice admiral Bastille.

Sabo also fought two admirals at once during the Reverie arc. He efficiently managed to stop them and also, and he succeeded in liberating Kuma from the clutches of Celestial Dragons. He fought two admirals head on but no one was powerful enough to capture him.

Is Sabo stronger than Luffy?

No, currently, Luffy has become the strongest character of One Piece. In terms of any comparison factor, Sabo doesn’t hold a candle against him. Indeed, during their childhood, Sabo was way stronger than Luffy, and during the Dressrosa arc, they were equally matched. 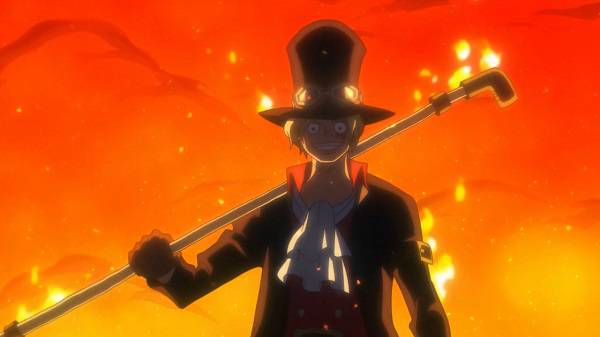 But everything changes when Luffy unlocks his fruit’s awakening and nearly masters all three forms of Haki. During the Wano arc, Luffy learned the most helpful form of Haki and attained tremendous gain in power to fight toe-to-toe with the strongest creature of the series.

It gave him an edge over Sabo. In terms of fame, both are equally notorious. As one became Yonko and the other got recognition as Flame Emperor.

So, this is it for today, folks! Here, we have concluded our article on “How Strong is Sabo in One Piece? (Power Comparison)”. We will update once the story progresses further, as Sabo is blamed for the murder of Alabasta King Cobra and the Kidnap of Vivi.