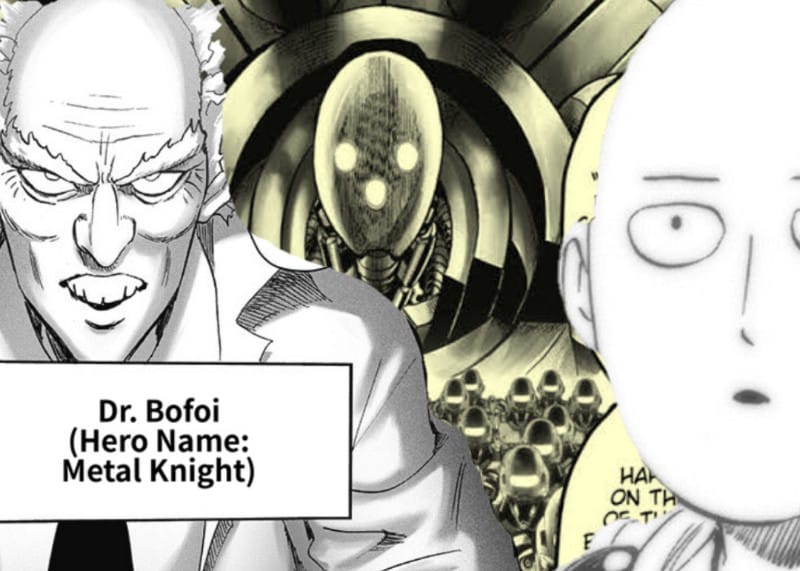 However, the latest chapter of One Punch Man suddenly revealed his real identity. After his sudden appearance after the Garou-Saitama battle, ONE & Murata decided to involve him in the current events. However, if you’re new to the verse, let’s discuss more Metal Knight to understand his significance in the story.

Who is Metal Knight in One Punch Man?

Metal Knight is an S-Class Hero Ranking 6 in number. It makes more sense after we found out that Dr. Bofoi Hakase is Metal Knight. He first made his appearance while he was testing his latest gear, mainly missiles.

He covered a massive space he was a giant metal robot suddenly emerging on the scene. Genos encounters him as they both happen to be at the same place same time to stop the meteorite about to hit the earth.

However, Metal Knight immediately makes it clear that most heroes are nothing in front of him especially Genos, since they’re both cyborgs. Therefore, that was the first impression of him the viewers. Meanwhile, Bang was witnessing everything as he too was a part of the same mission.

Metal Knight fires his drones and missiles toward the meteorite to shatter it before it hits the ground. However, it wasn’t enough. And like always Saitama pops in and saves the day. All the heroes from this mission receive a promotion except nobody knows that Saitama took care of it.

This incident clarifies that Metal Knight is equipped with high-tech weaponry. So the robot that we have been calling Metal Knight is one of Bofoi’s finest creations to pose as himself. Chapter 173 revealed that Bofoi operates his Metal Knight Unit from his laboratory and therefore, his whereabouts are a mystery.

By the end of the latest chapter, Bofoi was intrigued enough by Saitama that he decided to monitor him. He immediately realized that something was off about him and could tell that he is no ordinary hero. So now Saitama has a genius and twisted scientist keeping an eye on him.

Power of Metal Knight in One Punch Man 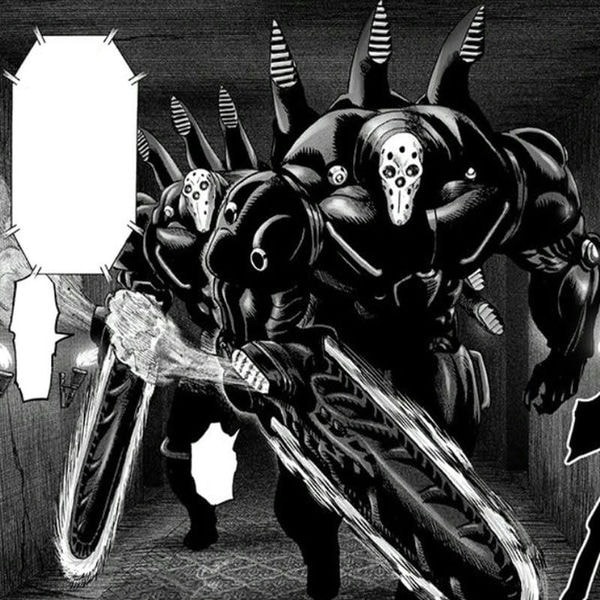 Since Metal Knight is an AI participating in the world on behalf of Bofoi, we shall look at his overall strength. So when we see Metal Knight, it is powerful and advanced enough to take on Dragon-level threats such as Elder Centipede. It managed to survive and still do its job after fighting Orochi and later G5 and Zombieman.

Needless to mention, its rank itself is enough to get an idea about his powers. However, there aren’t enough feats in the story to clearly understand the extent of his power.

Now looking at Bofoi, it is no doubt that he is a genius scientist and a successful one at that. He managed to create intelligent robots that are stable and can get the job done. Several of his robots are tested to defeat demon-level threats as confirmed in the latest chapter of the manga.

He also reconstruct the Hero Association facility and installed it with Anti-Monster Defense System. His security was successful and extremely efficient since it immediately detected Black Sperm and Rover upon their arrival with Saitama.

However, unlucky for Bofoi, Saitama destroyed them with just a smack. That is when he took an interest in him as he immediately listed Saitama as a threat to his position and goals.

Until now Metal Knight was the robot we have been seeing, however, the latest chapter confirms that he is only a means to comminute and fight Bofoi’s battles for him. Therefore, we shall look at both of their abilities separately.

So now that you know everything there is about Metal Knight in One Punch Man, we shall conclude the article. Feel free to browse through and find the answers to more of your questions by us!