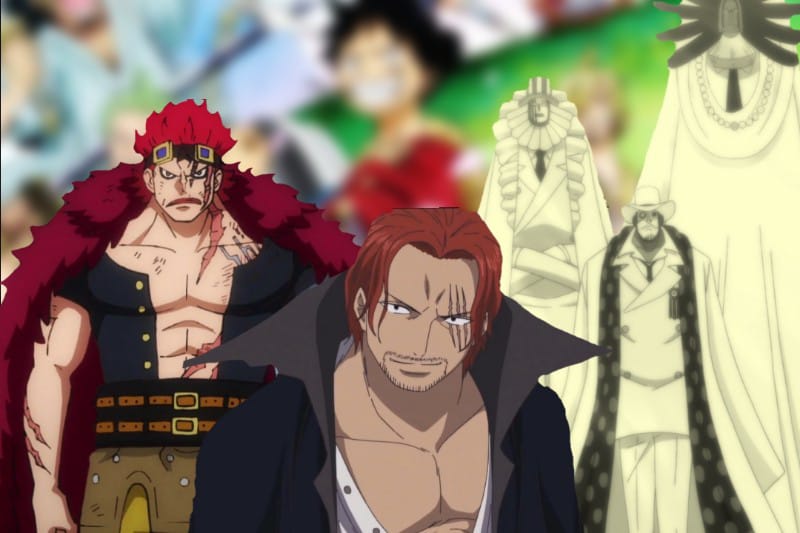 One Piece is currently in its final saga, and it is at its best. The interest in ongoing arcs among fans is increasing day by day as the current arc deals with Vegapunk, who was an influential figure in the world of One Piece. Here we have made a detailed summary of an interview with Oda sensei and made sure that everything is covered in this article. Today in this article, we are going to discuss “One Piece Volume 104 SBS: Q&A with Oda”.

What is One Piece SBS?

SBS is nothing but a unique column that is generally available in the volume of the manga. The SBS started from Volume 4 and reached vol 104, and it came along a long way. SBS generally deals with Questions and Answers where Oda sensei replies to all the questions. Generally, SBS always turns out to be interesting as it gives a fan lots of superb information about the One Piece world.

1. Oda unveils the names of the CP0 agents

Before, it was assumed that the tall guy was Guernica, but it was revealed his name was Joseph, and the guy with the white mask’s name was Guernica, whose status is unknown whether he is alive or dead. The name of the masked guy is Gismonda. 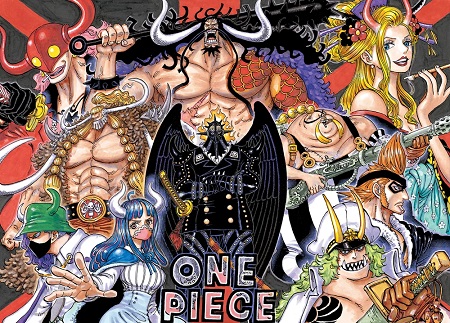 During the Wano arc, the most interesting of Kaido’s beast pirates were flying six. All six members have contrasting personalities and exciting backgrounds. Now in SBS Volume 104, Oda sensei gave us information about their hobbies.

3. Oda revealing the origins of the Kid Pirates 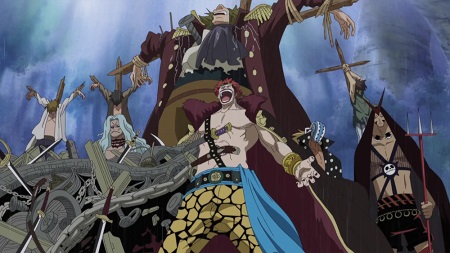 During the Wano arc, Kid pirates played an influential especially their captain and vice-captain, during the clash against Kaido and Big Mom.

But we don’t know anything about their origins. So here, Oda sensei revealed their backstory of how Kid pirates came into prominence. It is revealed that Kid, Killer, Heat, and Wire were born on a certain island in South Blue. The kingdom was corrupted as it was ruled by a Criminal gang.

The Island was divided into four parts, out of which Kid led one of the parts. He and Killer had been close buddies since their childhood. Later in his life, Kid met a girl called Victoria and fell in love with her.

Sadly, Victoria was destroyed by the ruler of the kingdom. The death of Victoria enraged Kid, and thus, he united all four gangs. He overthrew the Corrupted Kingdom and set out to become a pirate. In memory of Victoria, he named his ship after her. The name of his ship is “Victoria Punk.”

At some point Kid and Killer became close friends with a girl called Victoria S. (Shirton) Doruyanaika, who became their first crush for the both of them. This character was previously mentioned and talked about in the Volumes 87 and 98 SBS (3/5) pic.twitter.com/Pvt8B0Fehm 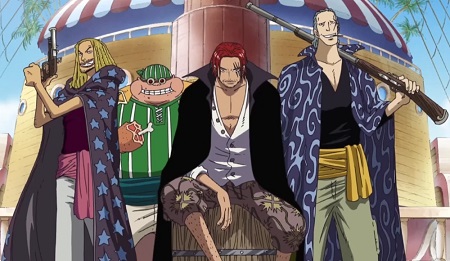 After the Red movie, the crowd went in awe, seeing Shanks and his crew after witnessing their strength. So obviously, fans want to know more about him and his crew. As they loved the unique power of their crew in the movie.

The cool thing about them is they all use Haki. So, Oda unveiled more details about Red Haired pirates where it came to light that Shanks is referred to as Big Boss by his crew. It also came into the picture that Shanks had a lot of subordinates under him.

5. Oda’s explaination of how Hiyori got to Onigashima 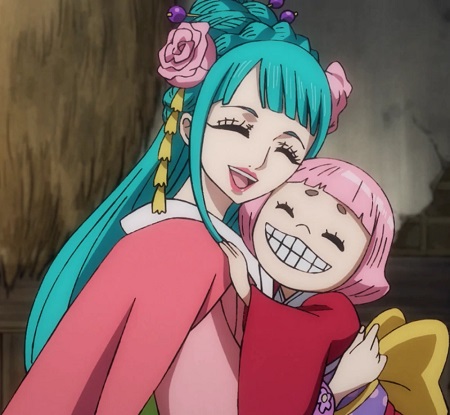 During the climax of the Wano arc, Hiyori bravely face-off against Orochi. It was an emotional moment when she finally took her revenge against him.

But many fans wonder how she managed to reach Onigashima amid war. Here Oda Sensei shed light on how she hid among Orochi’s treasure and reached the Island.

Reiju is the most likable character among Germa and is the only one who has augmented abilities as well as emotions.

She was liked by many fans as she saved Luffy and helped Sanji to escape. It is here he revealed that here sucking out poison has nothing to do with the Raid Suit.

There was a new character who was introduced in chapter 1053. His name is Sennorikyuuru-san, and he is revealed to be the best chef in the Wano country. He was based on the historical figure Sen no Rikyu, who mastered the art of tea rituals.

In chapter 1053, we saw that he had cooked a lot of delicious food for Momonosuke. He took extra care while making the food and made sure that it was indeed a meal which is fit for Shogun.

Nami is one of the most beautiful women in the world of One Piece. In this SBS vol 104, Oda Sensei has shared the beauty tips of Nami, which are as follows

Here Oda sensei revealed that Yamato wears fundoshi which is nothing but traditional Loincloth since she is a samurai. She follows Oden by heart and characterize herself as a complete man.

That’s all for today’s post on “One Piece Volume 104 SBS: Q&A with Oda”. We will soon be back with another article on One Piece. Till then, stay tuned and stay updated. See you again.