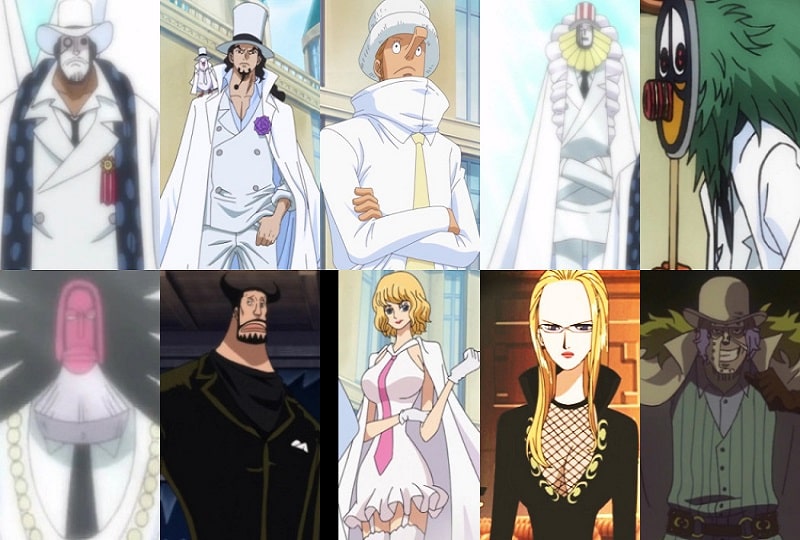 We are back with another interesting article on One Piece. As One Piece is in its final saga, Luffy & Co entered egghead island, also known as the island of the future. In the recent chapter, the most exciting part was the reappearance of CP0, who were ordered by the world government to execute Vegapunk for good. Also, it is to be noted that CP0 is a rival to the marine headquarters special secret force Sword.

Cipher Pol is an uncovered secret agency that investigates, murders, and spies on behalf of the world government. Eight official Cipher Pols are numbered between CP1 to CP8, with two informal units referred to as CP9 and CP0. With CP0 being the strongest organization in the series. This raised many questions among fans “How strong is CP0?”

The answer to the question is: Presently, CP0 is one of the most influential and powerful organizations in the series, which directly works under the world government. Even Nico Robin stated that CP 0 agents are the finest of all the Cipher Pol members. During the Whole Cake Island arc, Pedro stated that they had enough strength to clash with a Yonko crew that to Blackbeard.

Later in the post, we discussed the journey of CP0 from their first appearance in Dressrosa Arc to the current ongoing Egghead arc. Also, we have ranked all CP0 members based on their strengths and concluded an unbiased result based on it. So, let’s discuss.

How Strong is CP0?

CP0 is the strongest group of agents among all Cipher Pol that works directly under the World Government. CP0 made their first appearance during the Dressrosa arc, where three members of the unit came to clear confusion about the removal of Doflamingo from the warlord position.

This was done by Doflamingo to fool straw hat pirates and Trafalgar D. Law, who used CP0 for his purpose. 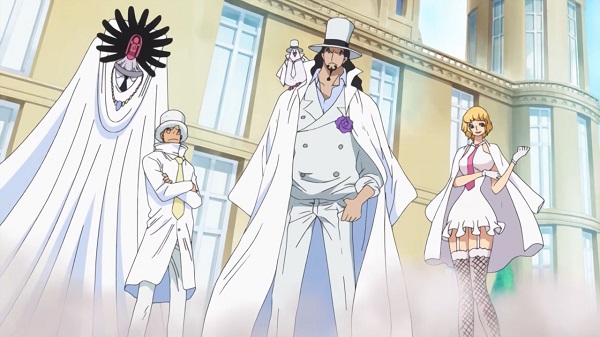 This indicated how much influence and network thus CP0 have to manipulate the information in the news. After the defeat of Doflamingo, CP0 agents Rob Lucci, Spandam, and Kaku came to Dressrosa, where they received the message that all weapons were gone from Doflamingo’s underground port.

During the Whole cake island arc, Stussy joined the Big Mom’s tea party as one of the emperors of the underworld. In Levely arc, when Celestial Dragon Saint Charloss tried to make Shirahoshi his slave. Sai and Leo tried to saved but Rob Lucci stopped them with ease.

CP0 played a major role in the Wano arc, as they first appeared making negotiations with Orochi for acquiring a weapon. Later they attended the fire festival at Onagishima; when the war started, they made a neutral stand supporting neither side.

They made their move during the climax of the war after receiving an order from Gorosei to execute Luffy. As one of the agents successfully took down Izo with him, while the other one defeated X Drake and distracted Luffy at the very crucial stage of the fight against Kaido. 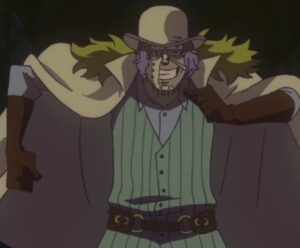 Spanadam is the weakest agent of CP0 in terms of strength. He is the most hated character due to his actions during the CP9 arc.

After his subsequent defeat against Straw hat pirates, he joined CP0, which might be due to his connections as his father was the former chief of CP9.

During the CP9 arc, it was shown that he also framed Tom, who was a father-like figure to Franky, to get his way. Though he is a weak fighter, he has a fair share of sword skills where his sword has been needed as devil fruit. Spanadam’s sword name is Funkfreed. 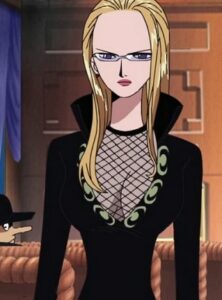 Kalifa did not make any appearance after the time skip in the manga. Recently, in the movie One Piece: Red it was revealed that she is a part of CP0 as she appeared in the movie as was present during the concert.

Kalifa is one of the strongest fighters of CP0 as she mastered all forms of Rokushiki. After eating her devil fruit, she had trouble controlling it, as witnessed during her fight against Nami. She only manages to defeat Sanji because of his no-hit woman rule. 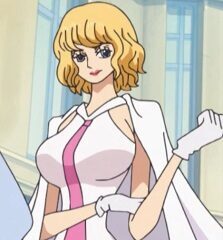 Stussy made her first appearance during Whole Cake Island, where she was invited to Big Mom’s Tea party. It was revealed that she was just acting as an undercover agent in the guise of one of the emperors of the underworld.

After the chaos started by Luffy & co., she escaped from the island along with Morgans, the president of the world economy newspaper.

She also made her appearance during the Levely arc, where she was standing beside Rob Lucci, Kaku, and the red mask guy. Currently, she has been sent to Egghead island by World Government along with Rob Lucci and Kaku to execute Vegapunk. 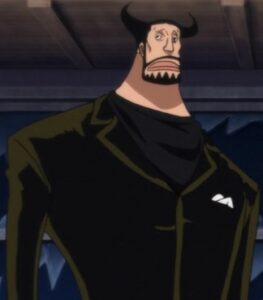 Blueno had not yet made an official appearance in the manga. Just like Kalifa, it was revealed in the movie Red that he was part of CP0.

During the CP9 arc, he gave a lot of trouble to straw hats but was defeated by Luffy when he used gear 2 for the first time.

As his powerful technique, Tekkai could not withstand the astonishing speed of Luffy during his Gear 2 form. 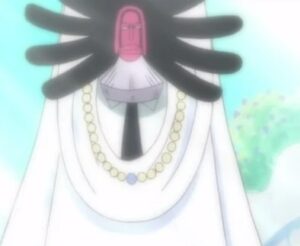 Not much information is revealed about the Maroon mask guy as he made only two appearances during the Dressrosa arc and the Levely arc.

He is very tall in height and has a remarkable presence which might show how much strong he is. There might be a chance that he is from the Longleg tribe, judging from his height. 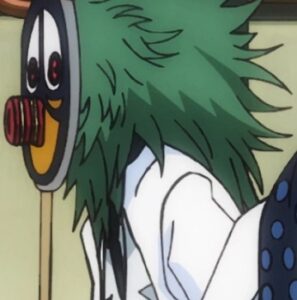 Maha appeared during the want arc, where his distinguishing feature is his green hair. He made his move after getting orders from the White Mask Guy.

During the arc, he took on Izo, and they simultaneously knocked down each other. Izo was declared dead, but Maha’s status remains unknown. We are assuming that he may have died, too, during the confrontation. 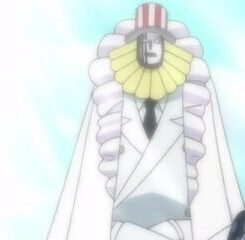 Guernica is one of the minor antagonists during the Wano arc. He belonged to the longarm tribe and was the only one who survived and escaped successfully from Wano.

Guernica was the one who gave the news to Gorosei that Gomu Gomu No Mi fruit was awakened. He was the one who took a picture of Luffy’s gear 5 form, even in the heat of the battle and sent it to the Marines.

But while giving information to Gorosei, his connection was cut off by Big Mom Pirates, and the outcome of the confrontation is still unknown. 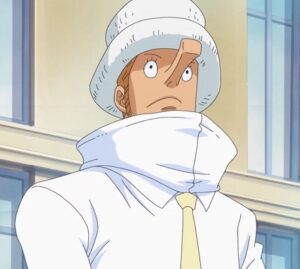 Kaku is one of the strongest fighters of CP0, which he recently joined alongside Rob Lucci. Most of the time he is seen with Rob Lucci, probably because they have mutual respect for each other.

During the CP9 arc, he clashed with Zoro when he used Yontoryu against Zoro’s Santoryu, which troubled Zoro a lot. He managed to cause a lot of trouble, and Zoro used his powerful technique Ashura to put him down.

Kaku has a great reflex, as was shown during Water 7 arc. He is a quick learner as he was able to use his devil fruit power very intelligently even though it took him trouble at the beginning. Kaku is currently traveling to Egghead Island alongside Rob Lucci and Stussy to execute Vegapunk. 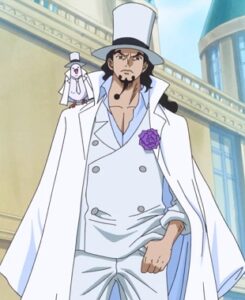 Rob Lucci is the strongest member in the history of CP0. He is considered a genius of that organization as he used to have a 100% success rate. He met his first failure during the capture of Nico Robin, where he was defeated by Monkey D. Luffy.

He has mastered Rokushiki and his devil fruit abilities to a greater extent. Rob Lucci was dismissed by Spandam after that incident but immediately became a part of CP0 later on.

He played a more active role after he became a part of CP0, where he immediately took action after the defeat of Doflamingo. Rob Lucci immediately went there after he came to know that the weapons at the underground port in Dressrosa were stolen by the Revolutionaries.

He was the first one to react when Sai and Leo were about to attack Saint Charloss. Rob Lucci immediately blocked them and told them that celestial dragons are gods and can have anything they want in the world.

Currently, he is traveling to Egghead Island alongside Stussy and Kaku, where Vegapunk resides, as he has been ordered to execute him.

Rob Lucci also made his appearance in movies like One Piece Gold and One Piece Stampede. In the Gold movie, he took on Sabo, while in the Stampede movie, he assisted Luffy indirectly during his fight against Douglass Bullet. 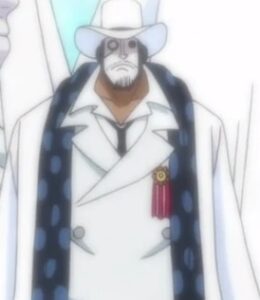 White Mask Guy was the most powerful agent of CP0, and he might be the leader of this agency. On the orders of the World Government, he immediately traveled to Dressrosa and announced that the news of the removal of Doflamingo from the Warlord’s position was false.

During the Wano arc, he was the one who negotiated with Orochi for weapons, and after getting immediate orders regarding execution, he made his move very quickly.

In the process, he manages to defeat Drake and plays a crucial role in distracting Luffy during his fight against Kaido. Later on, he paid a heavy price when he was killed by Kaido off-screen.

So, this is it for today, folks! Here, we have concluded our article on “How strong is CP0? Strongest Members Ranked (One Piece)”. We will update once the story progresses further, as CP0 is going towards the Egg head island, where Strawhats are currently present, and this might be the perfect opportunity to once again witness the rematch between Luffy and Lucci.