There is a sizable supporting cast in every anime series. The growth of the series is aided by their Characterization, which penetrates the entire narrative. The question of which well-known anime characters begin with the letter X has lately arisen among anime fans. As a result, here is a list of 12+ Worldwide Popular Anime Characters that start with X (2022). The anime characters on this list are both male and female. Without further ado, let’s get started with this article. The independent assassination team of the Vongola Famiglia, the Varia, is currently under the command of Xanxus. He is Vongola Nono’s adopted son and served as the Varia Arc’s major foe.

The largest scar on Xanxus’ left cheek is the most visible of the full-body scars produced by the Ninth’s Zero Point Breakthrough: First Edition. Xanxus is callous and brutal, and he has no regard for either his comrades or his adversaries.

Since being defeated by Tsuna, Xanxus has come to value his subordinates more. Initially, he has shown no emotion when his subordinates perished and merely considered them as throwaway instruments to help him win the title of Vongola 10th. The argument about Xelloss’ personality must be the one in the Slayers fandom that will never be settled. Many people are left in the dark regarding this character’s true motives, loyalty, and relationship with the other primary characters due to the mystery surrounding him.

From the “heartless mazoku” to the “benign trickster”, opinions diverge widely. Although these extremists frequently ignore some established truths, less extreme members of both sides can identify adequate data to back up their position. Xerxes goes by the name Break and works as a servant for the Rainsworth family as a member of Pandora. Due to a binding agreement with the Mad Hatter, Break’s appearance, like Sharon’s, does not alter over the 10 years between Oz entering and emerging from the Abyss.

Break frequently has a doll named Emily on his shoulder. He is a cake and candy fiend. Xerxes has crimson eyes and short white hair. He typically holds a cane-shaped sword.

Xerxes comes off as a lighthearted individual who is never serious and always beaming. He also has a weakness for all kinds of desserts and sweets. X Kira is a young man with black hair that is cut to shoulder length and glasses. He usually wears a business suit over a black trench coat. He can be viewed as attractive, like many of the characters. X Mikami is a devoted Kira worshipper, believing Kira to be his god.

He just replied “God” when asked what he thought of Kira in a Kira’s Kingdom question. When he makes himself stop questioning Kira after becoming confused by the task of making and utilizing a phony notebook, he demonstrates his dedication to Kira. On our List of 12+ Worldwide Popular Anime Characters that Start with X(2022), we have Xenian Flower. The parasitic bloom known as Xenian Flower attaches itself to a host and then tricks it into carrying out her will.

The planet will eventually explode as she feeds off it, spreading evil and hatred along the way. She then waits for the next host to appear and continues the cycle. With countless inhabited worlds destroyed just in the Milky Way Galaxy, Luna claims to be the most destructive life form in the cosmos. On our List of 12+ Worldwide Popular Anime Characters that Start with X(2022), we have Xiao Long. One of RWBY’s protagonists is Xiao Long. She was trained as a huntress at the now-gone Beacon Academy.

She has lilac eyes and long, thick, wavy bright golden hair that fades to pale gold at the tips. Her eyes turn crimson and her hair takes on a fiery glow while her Semblance is active. Short, golden hair with bangs that may hide both of his eyes or just one of them and a small, rounded nose characterize the Xiaolin Dragon of Earth. He has blue eyes and light skin with freckles running down his cheeks.

Xiaolin is typically portrayed as one of the series’ nicest characters. He is one of the simpler monks to get along with since he is empathetic and caring. He seems to only speak when it is required and is typically quiet. His peaceful and composed nature prevents him from frequently showing signs of getting irritated or even upset. X Drake is a tall, muscular man with a lean build. He is covered in what appears to be a mask over his eyes and a cocked hat with a white plume and the Jolly Roger of his crew on the side.

Drake has reddish brown hair with sideburns that resemble brushes underneath this headpiece. He has two big “X”s: one on his chest and upper body, and one on his wide chin that is not known to be a scar or a tattoo.

Both the “X’s” and the “X” in his name stand for the Roman Numeral “X” for 10, not the English letter. His bicorne has a striking resemblance to a pterodactyl’s head when viewed from above. On our List of 12+ Worldwide Popular Anime Characters that Start with X(2022), we have Xecty Ein. In Shining Wind, Shining Tears X Wind, and Shining Blade, Xecty Ein serves as both the antagonist and the protagonist.

She began as one of Baelgard’s four guards and later became a Luminous Knight. Xecty has slim features, long black hair, purple eyes, and a pale complexion. 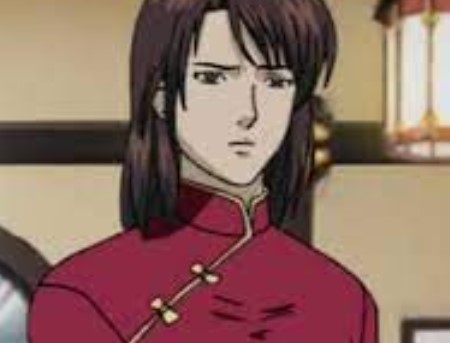 Xiang Ying has spent her entire life training to become an assassin, never experiencing joy or fun. Her new outlook on life has started to change drastically as a result of the misery of robbing the lives of others as an assassin, being given a new heart, being led to Shinjuku, and meeting Ryo and his friends.

During her sleep, Xiang Ying had dreams about Kaori, curious to learn more, she traveled to Shinjuku, where Kaori appeared more frequently, eventually introducing her to Ryo. Xiao has short, red hair that is very obviously untidy. Her top lip appears to tip downward in an almost beak-like shape, and she has enormous, round, brown eyes. She has a slim build and is very short.

Xiao has feathers on her elbows, just like everyone else in her village. She is dressed in a short-sleeved white and purple top. In order to get an IQ for her sick grandma, Xiao left her village’s Daft Green, demonstrating her tremendous commitment to her family. Xianglin Zhou is Li Xingke’s female military assistant and a member of the Chinese Federation. She is in charge of the chain of command within Li’s unit while he is fighting on the battlefield. She worries about him and is aware of his ailment.

Since then, she has assumed the role of Deputy Chief of the Black Knights. Xianglin is a dependable and incredibly devoted member of Xingke’s team.

She is also a seasoned military officer with decent leadership abilities; during the coup d’état, she was spotted delivering instructions when Xingke was engaged in combat. Tall and lean, Xerx has long, light purple hair. He has a little blue pendant dangling in the middle of his forehead and a silver beaded chain around his head. He starts wearing a dark, hairy headband after the exam, below a similar chain and a light-colored pendant.

Xerx presents an image of virtue and holiness from the outside, and he won’t tolerate insults to his team. As evidenced by his refusal to release the granddaughter of an elderly woman and his promise to remove the woman’s misery by killing her, he is actually a cold, violent, and corrupt Magic Knight. The Fairy-type Legendary Pokemon Xerneas was first seen in Generation VI. It serves as Pokémon X’s mascot. Along with Yveltal and Zygarde, it is Yveltal’s opposite in the Aura Trio. A quadrupedal Pokemon with a blue and black coat, Xerneas resembles a deer.

It has several patches on its back that light while it is engaged in combat. Xerneas has long, bright yellow antlers that reflect every color in the rainbow; they look like the roots of a tree.

It has pointy yellow-lined hooves and a lengthy blue and black tail. The multicolored antlers of Xerneas stop glowing and change to cyan blue while it is dormant. The letter “X” may be seen in the glitter of its eyes.

We truly hope that everyone who read our article on the List of 12+ Worldwide Popular Anime Characters that Start with X(2022) enjoyed it. Soon, we will return with more fascinating stories like this. Till then, use caution and keep checking our website for updates on any new articles we plan to post in the future.