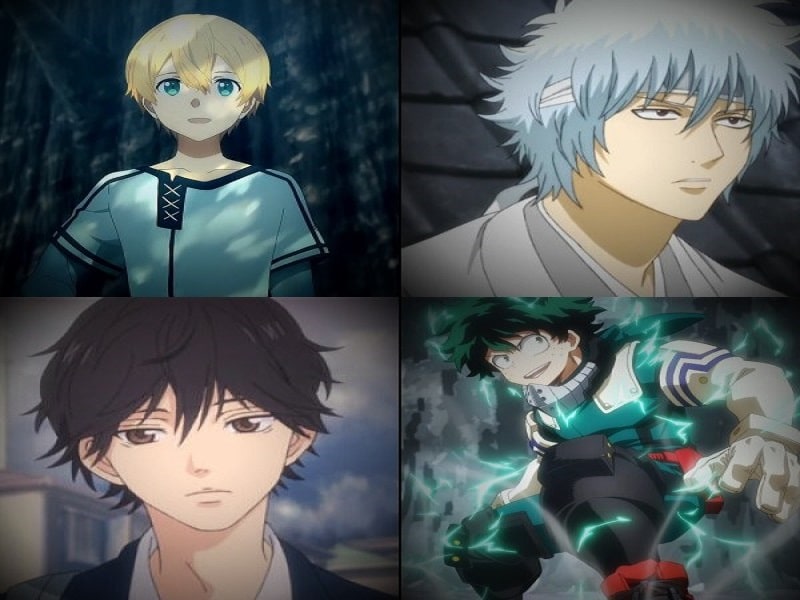 In animes, we usually observe that every character has a unique and distinct hairstyle. This hairstyle generally made them stand out and make them popular. Most protagonists have different hair colors and styles that look authentic and cool. Today in this article, we are going to discuss “Best 15 Anime Characters with Fluffy Hair (2022)”.

Fluffy hair refers to a condition where the hair has a lot of volume and a curling look. Thus, the strands have a smooth, glossy, and bouncy appearance and have little texture for a balanced look. The list is not rank-based, and it’s just a normal one. He can attract the women in the series, but due to his undisciplined life and laziness, he gets beaten by them, which is hilarious.

His characterization is his greatest strength of him, as he was able to accept what he lost and move forward in his life with what he had. 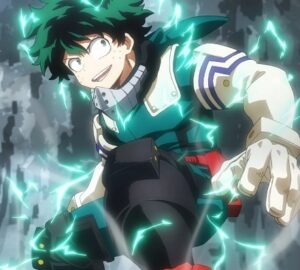 Izuku Midoriya is the protagonist in My Hero Academia. Izuku has short, messy, fluffy hair and is dark green in color, which makes him more attractive.

In addition, his iris is also in the same green color as his hair. With a round face, fluffy hair, green eyes, and good body structure, Izuku Midoriya always catch the attention of many female characters in My Hero Academia.

Izuku wields the strongest quirk in the series One for All, and he has nearly mastered all the quirks of his predecessor. 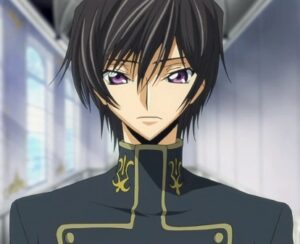 Lelouch is the hero of Code Geass. At the beginning of the series, he used to go by the name Lelouch Lamperouge. He went to Ashford academy and was a part of the student council.

To take revenge on his father after getting Geass power. He impersonated Zero and became the leader of the Black Knights.

Lelouch is one of the handsome guys in the series with Black fluffy hair and an excellent bodybuild. He was very weak in athletics.

To end the hatred of the world, he became an enemy and made Suzaku kill him in front of the entire world. 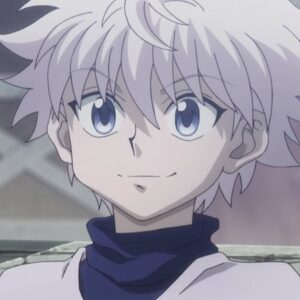 Killua is the deuteragonist of the series and is the best friend of Gon Freeces. Together with Gon, he traveled around the world and became his companion to find his dad.

Killua belongs to the assassin’s family and is one of the strongest characters in the series, irrespective of his age.

Killua looks very cute and has fluffy white hair, but he fools his opponents with his appearance. He only shows his kindness to Gon and Alluka. 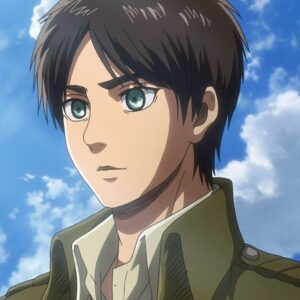 Eren is the protagonist turned Anti-Hero of the attack on Titan series. He had light, fluffy brown hair during the pre-time skip. He was one of the holders of nine titans. Eren was like a brat in the series who had uncontrollable rage.

He was always used to being cooled down by Mikasa or Armin. Eren was always quick whenever something wrong happened in front of his eyes.

As time passed by, he became a more depressing and wise character. After the time skip, he quickly understood what needed to be done for the safety of his friends.

He sadly carried on the rumbling and annihilated 80% of the population. Eren only did this so that his friend could become heroes in front of the whole world by killing him.

He sadly put on an act of being a devil, but inside his heart, he was breaking down.

Eren died a tragic death, but he wiped out the entire titan powers before his death. He always loved Mikasa from the bottom of his heart, but due to his situation, he failed to confess. 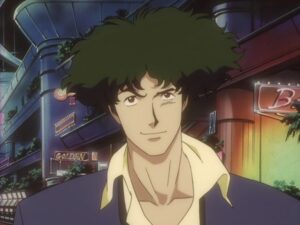 Spike is the main protagonist of the Cowboy Bebop series. He is a bounty hunter who travels along with his friend Jet, Faye, Ed, and EIn throughout space.

He is of 27 years who is tall and skinny. Spike has fluffy dark green hair with brown eyes. 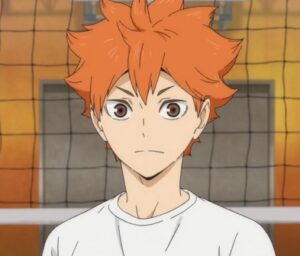 Hinata is the main protagonist series of Haikyuu, and he represents Karasuno High in Volleyball Tournament. He was one of the solid middle blockers and had excellent jumping skills.

Hinata formed a deadly combo with Tobio Kageyama, the second lead of the series, and together they were unstoppable. Hinata is short in stature with an excellent body build.

He has orange fluffy hair, which makes him very unique and distinct. Hinata, after graduating from Karasuno High and goes to brazil for training.

After returning to Japan, he joins MSBY Black Jackals, who defeat Kageyama’s Schweiden Adlers during the final arc. 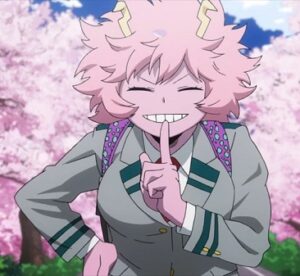 Ashido is the main character of the series who belongs to Class A. She almost played an important part throughout the series. Ashido is a cheerful girl who generally sets the moods of the class.

She has pink fluffy hair and pale pink skin, which is caused due to her quirk. She is the best friend of Kirishima Eijiro, whom she has known since her middle school days.

Mina qualified for the final round of the sports festival, where she defeated Yugo Aoyama but was later defeated by Tokoyami.

During the Joint Training arc, she was a part of Izuku’s team. Mina also took an active part in Paranormal Liberation War and was also present along with other classmates during the retrieval of Izuku. 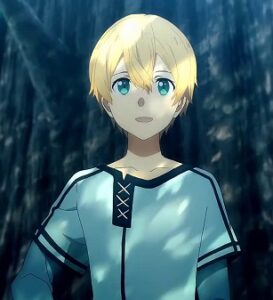 Eugeo was the second protagonist of the Sword Art Online Series during the Alcization arc. He is the best friend of Kirito, whom he learned Swordsmanship from. Eugeo is a handsome-looking character with fluffy brown hair.

His body build was very similar to Kirito’s, and both go on a quest to find Alice and defeat the Administrator. Sadly, he lost his life during the climactic battle in the first half of the series.

His death was such a shock to fans; even Kirito went comatose. During the second, he appeared in the second half as a spirit form and assisted Kirito in defeating Gabriel.

Owing to his unexpected rise in popularity by fans, the author Reki Kawahara bought him back in the final arc of the series. He is now reborn as Eolyne Herlentz, who shares the same facial features. Houtaro is the main protagonist of the series Hyouka who is a member of the school’s Literature club. He has fluffy brown hair with an average body build.

Despite his appearance, he is the sharpest character of the series as he can solve any mystery which is given to him.

He is a detached person who usually prioritizes energy conservation above everything else, which makes him a bit annoying to other characters in the series. Satoshi, Chitanda, and Ibara are his close friends in the series. 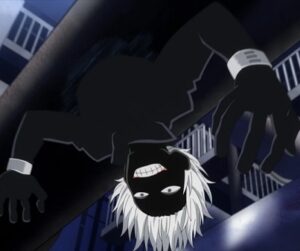 Shihahi is a side character from the My Hero Academia series who has a major role during the Joint Training Session arc. He is a counterpart to Fumikage Tokoyami of Class A.

Shihai is a sneaky con man who likes to take people by surprise. Shihai has white fluffy hair and dark skin. He is tall as well as skinny.

Shihai appeared in a few arcs like UA Sports Festival Arc, where he was disqualified from round 2, and also during the Joint training Session arc, he was victim to Mustard’s gas.

But he made his prominence during Joint Training Session, where he led his team to victory against Tokoyami’s group. 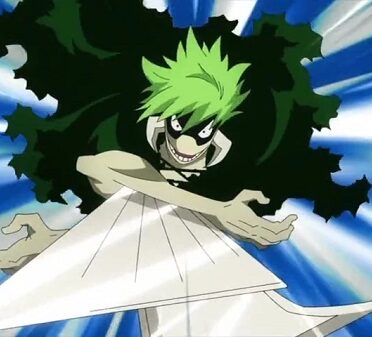 Togaru is a minor character from the My Hero Academia series who studies a hero course at UA Academy. He belongs to Class B, which is a rival to Class A, where the main characters of the series belong.

Togaru is a tall, sleek young man with pale yellow-green skin and a vibrant, fluffy green mohawk. He participated in the sports festival of UA, where he was disqualified in the 2nd round due to fewer points.

During the forest training camp arc, he was knocked by Villain Mustard’s Gas. He was defeated by Katsuki Bakugo during the Joint Training Session arc. 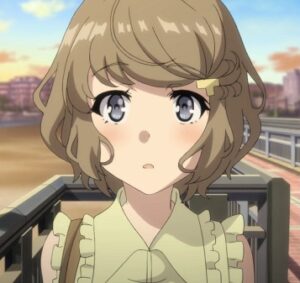 Tomoe is a small girl who has light brown fluffy hair dressed in a bob-cut with beautiful blue eyes. She is one of the side characters of Bunny Girl Senpai. Tomoe was suffering from “Adolescence Syndrome” like other girls in the series.

She bumped into the male lead during episode 4. Based on her desire to integrate, she was able to evoke a simulated future where she could rewind the time.

She was saved by Sakuta after she confessed his love to him, which he rejected. But Sakuta decided to be close friends with her. 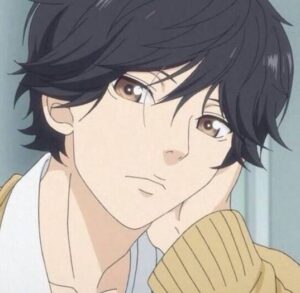 Kou is a beautiful young man with fluffy dark hair and pointed brown eyes. He is the main protagonist of the Blue Spring Ride Series.

In the final chapter of the manga, he changed his surname; before that, he was known as Kou Mibuchi. He is a 2nd Year high student who loved Futuba Yoshioka from his middle school days. 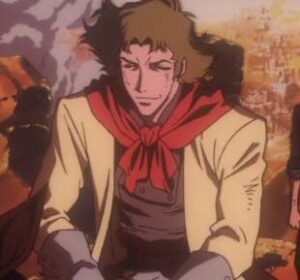 Andy was a wealthy, self-centered bounty hunter who usually wore a cowboy costume. He met with the Bebop crew, where he met them and where he had a rivalry with Spike.

Andy was nearly tall as Spike, but he was a bit skinny too. His Blonde hair is fluffy, which he generally covers by wearing a hat.

After his defeat at the hands of Spike, he gave up his cowboy character and adopted the samurai character Miyamoto Musashi.

So, this is it, folks!! We will soon be back with another article on anime-related content Till then, stay tuned and stay updated. See you again.