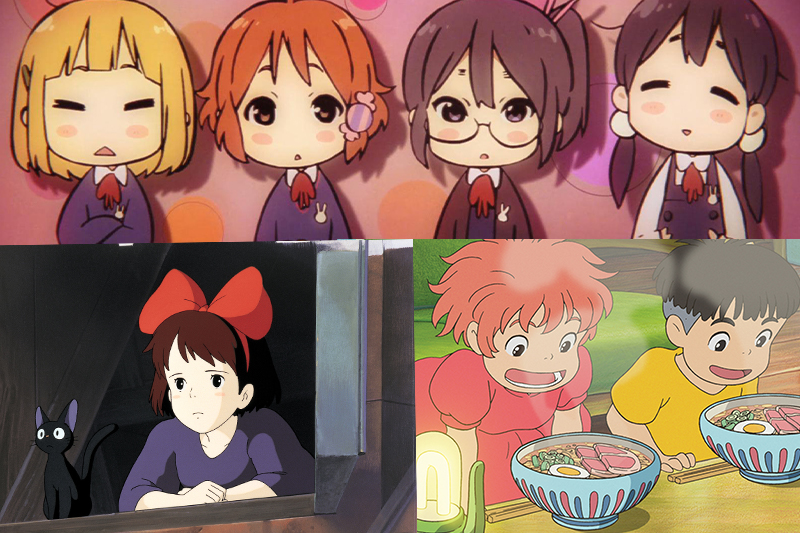 We have often heard people toss around “Anime is for kids” and “Anime is not for kids.” Well, Let’s settle it by saying that the world of anime is a vast ocean, and there is room for all kinds of watchers. If you will ask us, is anime appropriate for 10-year-olds? YES, it is. These animes are packed with some valuable life lessons that will shape a kid and leave a positive mark.

We are diving into one such part of the anime world and listing the Top 15 Best Anime Appropriate for 10-Year-Olds. In this list, We cover both anime and anime movies that are entirely appropriate for 10-year-olds to watch and enjoy. Also the ranking is done based on IMDb ratings. 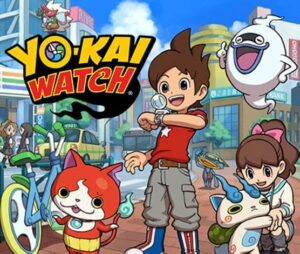 A ghost-like creature stuck in a capsule for over 190 years is finally set free. Keita, a little boy who was wandering around the forest, sets the whisper free. To reward the little boy, whisper decides to be his guardian and protect him from other supernatural forces.

Keita, with the help of the whisper, can interact with other Youkai and begins his magical adventure. He learns valuable life lessons on his journey that helps him grow. This is an anime appropriate for 10-year-olds. 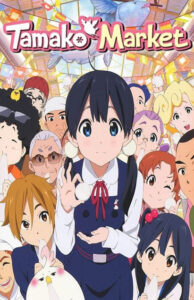 Tamako Kitashirakawa is a sweet, clumsy girl who belongs to a family of mochi bakers. Their shop is set up inside Usagiyama Shopping District called Tama-ya. One day Tamako comes across Dera Mochimazzi, a royalty bird who flew from a faraway land.

He is here to seek a wife, and seeing Tamako, he develops an attachment and follows her to the shop. Dera forms an addiction to mochi. He gets extremely overweight and is unable to fly back to his land.

Mochizou Ooji’s father and Tamako’s father are mochi rivals. Ooji has feelings for Tamako but hides them due to the rivalry. The story revolves around the small things Tamako goes through. She is highly creative and handles the family business makes her a strong protagonist. 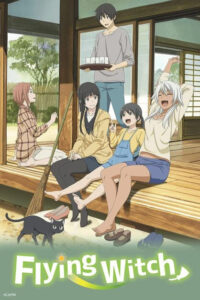 Makoto Kowata comes from a witch household. After turning 15, she leaves her family in Yokohama and goes out to gain more knowledge. She is not alone and has her partner, a black cat Chito.

Kowata is on her way to Aomori, a beautiful place. Her witch family background sets her apart from others which makes things a little challenging for her until she receives training from her sister Akane.

Makato is clumsy and faces trouble all the time, yet she is a calm and sweet girl. She is always trying to get through whatever life throws at her. 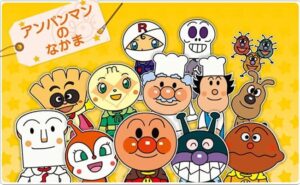 Anpanman is a superhero made out of anpan, and it is a Japanese bread filled with red bean paste like a jam filling. He is a friendly and warm superhero who helps people in need. Anpanman has a rival Baikinman.

Anpanman is always helping people with their tasks, picking up their grocery bags, pushing carts, and finding their lost pets. He is always there to help with a big smile on his face and helps the poor people and malnourished by feeding them anpan.

What makes Anpanman an Anime Appropriate for 10-Year-Olds is the qualities that it delivers. Simple episodes make it easy for kids to follow and enjoy. 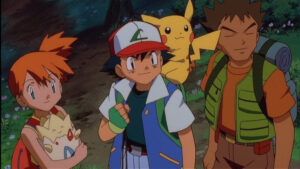 Pokemon is a very popular anime not only among kids but also among adults. The exciting storyline and adventures keep everybody captivated. This is a story about a 10-year-old boy named Ash Ketchum who is out on an adventure to catch pokemon and become the number one pokemon trainer.

Ash, Misty, and Brock together go place to place, participating in tournaments and leveling up. Different types of pokemon keep the storyline fresh and interesting. Ash pursuing his dream and overcoming Team Rocket and his rival Gary is quite inspiring. Pokemon is a package of life lessons. 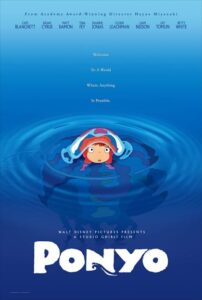 A goldfish named Brunhilde lives with her sisters and father. One day she gets drifted to the shore, and a five-year-old boy named Sosuke saves her and gets his finger injured.

Brunhilde heals his wound by licking it, which makes him realize it is not an ordinary goldfish. Seeing human life, Ponyo wants to become a human. After becoming a human, it gives rise to an imbalance that makes things rough.

Ponyo and Sosuke go through a bunch of difficulties before they can be bound to each other. Ponyo is another one of Miyazaki’s classics, and it is a parody of The Little Mermaid. Just like Little Mermaid, Ponyo is an anime appropriate for 10-year-olds. 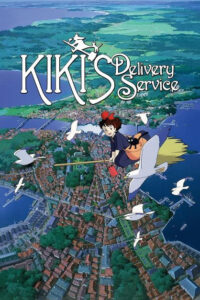 Kiki, a 13-year-old, and her cat Jiji leave the family to become a pro witches. She sets out with her broom to go around the streets and understand the way of living.

Kiki soon encounters Osono, who asks kiki to make deliveries for her small bakery. This job inspires her to open her courier service with the broom. Kiki takes up the responsibility of opening her own business and becoming an independent lady.

The adventures of Kiki and Jiji taking responsibility and striving to reach the goal are very educational. This is highly recommended under the category of “Anime Appropriate for 10-Year-Olds.” 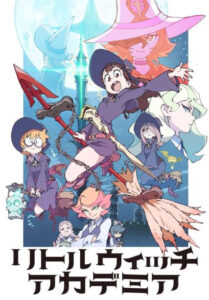 Akko comes from a non-magical background, but that will not stop her from following in the steps of her idol, Shiny Chariot. She enrolls in Luna Nova Magical Academy.

Akko finally sets off to her school, but on her way, she finds a wand that belongs to Chariot- a shiny rod and keeps it. She befriends Manbavaran and Yansson, who tag her on this adventure.

The school is not an easy place for Akko. Things get tough for her, but she is strong and takes a stand for herself. Akko cannot see herself lacking behind and does everything to stay on top of her rival Diana Cavendish.

The anime revolves around the adventure of Akko and her friends, who want to learn the true meaning of magic and become a witch. 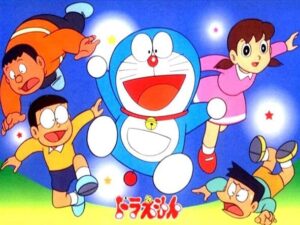 Doraemon is very popular among kids. Many people are unaware that it falls under the anime category. A robot cat servant name Doraemon travels back in time to help clumsy Nobita with his troubled life. Nobita’s life gets much easier with the help of Doraemon.

Nobita has a love interest named Shizuka. He has a bully named Gian and a boy named Suneo who makes his life miserable. Doraemon helps out Nobita get through it with his gadgets. The episodes end with a meaningful message which makes it a great anime for kids. Doraemon has various films and short films which are very popular. 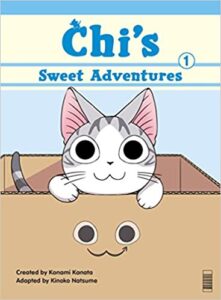 This is the cutest anime you will come across. Chi is a lost kitten who is adopted by a sweet family. In this anime, you will see the world from a perspective of a kitten. She does everyday things a kitten does. Chi faces obstacles and overcomes her fears of big dogs.

Chi’s sweet adventure is a spin-off of Chi’s sweet home. The cute adventures of this small kitten trying to be brave are funny and enjoyable for kids. 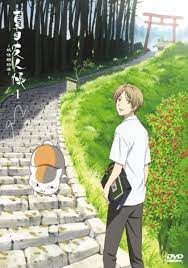 Takashi Natsume just wanted to be an ordinary school-going boy. Now he is stuck with a Youkai that his grandmother sealed in one of the contracts. He uses the book of friends to control youkai.

Natsume, in the hopes of getting away from all this and leading a normal life, must now explore the Book and Exorcism. If he follows through with it, his adventure will finally take a rest.

Natsume, along his journey, meets more people and Youkai. In this process, he makes more friends as he gives them the Youkai that belongs to them.

We have reached the end of our list of Top 15 Best Anime Appropriate for 10-Year-Olds. These animes will make a kid fall in love with anime, Not only because of the story but also due to the visuals.

Every anime on this list is appropriate for 10-year-olds. As we said earlier, they can be enjoyed by both kids and adults as well. They are enjoyable with the package of many important lessons.

The fact that the protagonist of most of the anime listed is a kid. It is a kid taking responsibility, understanding the way of life, and figuring out life in their way. Behind every simple and interesting storyline, there lies a different level of growth. We hope this list will make anime fun for kids. 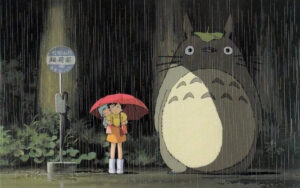 My Neighbor Totoro is another classic by Hayao Miyazaki. Yasuko is recovering from a long-term illness and is in a hospital. To be closer to the hospital, her husband, Tatsuo Kusakabe, who is a professor, along with his two daughters, Mei and Satsuki, move into an old country cabin.

While cleaning the house, the girls discover small dust spirits living in the cabin. Kusakabe is unable to see them. Later on, Mei, while playing in the forest, sees a similar spirit named Totoro and befriends him.

This film is an adventure. Mei and Satsuki’s love for each other and their family is beautiful to watch. The simple story gives out a warm, lovely message making it an Anime Appropriate for 10-Year-Olds. 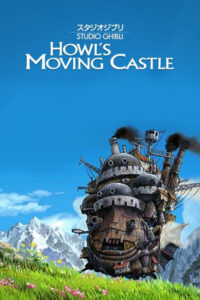 This is one of many masterpieces by Hayao Miyazaki. Sophie is an ordinary girl living her life making hats. She does not expect much from her life. Due to some unfortunate turn of events, Sophie is turned into an old woman and must accompany Howl.

A flying castle people only had heard rumors of. A place where things work on their own while the castle is in the air. Sophie’s goal is to turn back into her old self, but little did she know that there is much more to the Howl than he shows.

The beautiful visuals and portrayal of the castle are mesmerizing. It is a bit long film but each second is worth the watch. 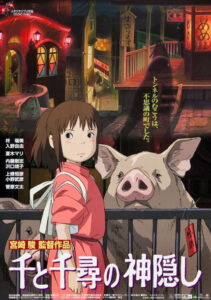 Chihiro is a 10-year-old girl who is moving to a new place with her parents. Unfortunately, they get lost and arrive at a beautiful location. Mesmerized by the place, they make a mistake that cost Chihiro to end up in a world of Gods and spirits.

Now she must rescue her parents who are not in the best shape and make her way out before she forgets her name.

To get out of the world, she ends up working at a bathhouse. She meets a white dragon named Haku, who helps her to escape this world. Spirited away is about the bravery of a little girl who was thrown into an unknown world, and she gets through it.

The Director of this film Hayao Miyazaki has said, “think I made this film with the real wish that it would reach an audience of ten-year-olds.“ 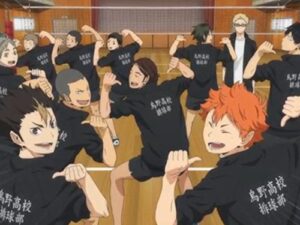 A boy named Hinata Shoyo is inspired by a famous volleyball player called “The Little Giant” and decides to play volleyball and compete in a junior high tournament. There he came across Tobio Kageyama – The King of the Court.

After arriving at High School he finds out Kageyama has joined the same school. Now Hinata and Kageyama have to find a way to work together like a team. They compete in various tournaments. They make memories and friends along the way helping The team Karasuno fly high.

Haikyu is filled with teamwork and growth. Each character has their personality and story, which brings out the best. The determination Haikyu showcases make it an anime Appropriate for 10-Year-Olds.

Here, we conclude our article on “Top 15 Best Anime Appropriate for 10-Year-Olds.” We hope you like our post on kid-friendly anime to watch in 2022. We will be back with another interesting article. Till then, stay tuned with us and read the articles below.