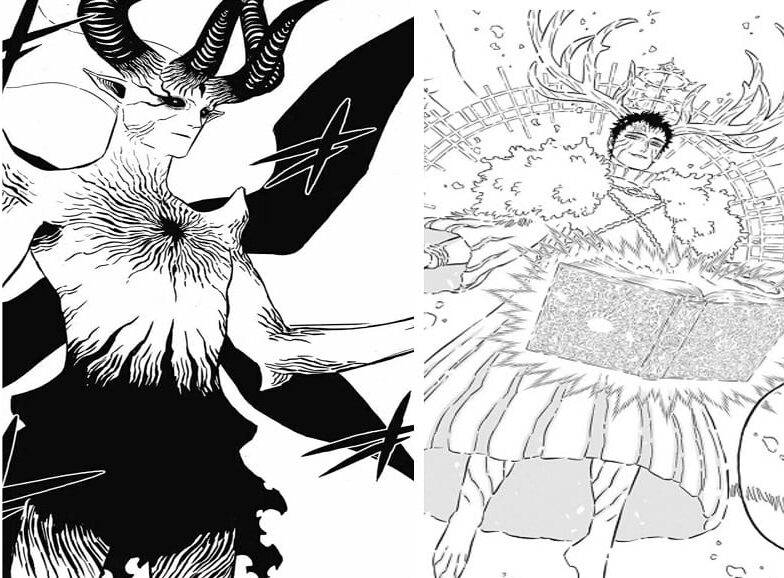 Black Clover is currently in the best phase of its course as it entered its final arc, where Lucius defeated Asta without much effort. Asta’s defeat was very heartbreaking, but before his inevitable death, he was transported to the land of the rising sun. The Land of Rising Sun is Yami’s hometown which was teased during the eye of the midnight arc. Today in this article, we are going to discuss “Lucius vs. Lucifero: Is Lucius stronger than Lucifero (complete form)?”

The answer to the question is: Yes, Lucius is stronger than Lucifer in his complete form. Lucius knows how to destroy his opponent physically and mentally, which is seen in the case of Asta. Unlike Lucifero, Lucius never boasts of his strength, and he is very cautious and eliminates whoever might be a threat. Even though Lucifero manifests himself in his true form, he won’t still be able to compete against Lucius’s True Human form.

Later in the post, we compared both Lucius and Lucifer based on every minor detail and concluded an unbiased result of their strength and intelligence. So, let’s discuss.

Who is Lucius Zogratis in Black Clover? (His Magic)

Lucius Zogratis is the final antagonist of Black Clover. He is the gifted user of devil magic among his siblings, who was the devil host of Astaroth. Lucius is a unique being who is born with two souls in a single body. Lucius is an excellent observer as he sees that Zenon might be more compatible with devil possession than his siblings. 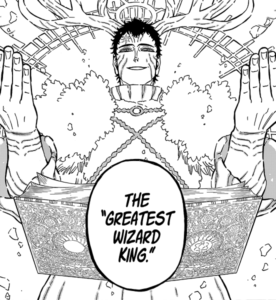 As Julius, he spotted William, Yami, Yuno, and Asta, who proved to be very capable magic knights in the future. Lucius has a variety of magic in his sleeves, as he can use Soul Magic, Gravity Magic, and Time Magic.

Lucius’s soul magic is very fearsome as he can manipulate anyone he touches, like in the case of sister Lily. Currently, his next goal is to kill Yuno Grinberyall as he is found to be a threat to his goal.

Relation between Lucius, Julius, and Astaroth (Devil) in Black Clover

Lucius and Julius are the same people, as you can say, Yin and Yang. Julius is a good person, whereas Lucius is a bad one, and they are two sides of the same coin.

During the climax of the Spade Kingdom raid arc, he emerges the moment Julius becomes aware of his second personality. Lucius quickly takes control over Julius and defeats Damnatio Kira. He is more powerful than Julius.

At an unknown point in time, he made a contract with Lucius. It is interesting to note that Julius’s primary magic is time magic, and it is a grimoire without any cover. It was a hint that the author might give at the start of the manga. That Julius didn’t belong to the Clover Kingdom.

Lucius is the only one among the Zogratis siblings who managed to purify the Devil’s power, thus making him into a so-called True Human Form. As noted by Asta where he senses his ki which tells him that he is neither human nor Devil. Lucius demonstrated his magic by altering sister Lily’s soul in front of Asta and transforming her into a paladin. He gives sister Lily the purifying power of the Devil Beelzebub. 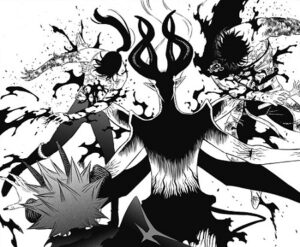 Lucius incarnated and purified devils using his soul magic. He defeated not only Higher Ranking Devil but also lower ranking devils as well.

Lucius purified those devils so that humanity could ascend to a higher life. Thus, they would have invincible bodies with unlimited wisdom. They would be referred to as Paladins. When his new world comes to fruition, Lucius tells Noelle he will be known as the Greatest Wizard King.

How Powerful is Lucius Zogratis in Black Clover Final Arc?

Lucius is currently the strongest wizard in the Black Clover world. He is the gifted and talented among the Zogratis Family. After absorbing Lucifero, he got his Gravity magic; there might be a similar instance with Astaroth where he absorbed him and got his Time Magic. The most fearsome magic he possesses is his soul magic, where he can change anyone’s structure to his desire with one only touch of his figure.

In the final arc, he clashed against Asta, where he was shown to be a battle genius. Lucius quickly deduced that he had to use hand-to-hand combat to defeat Anti-magic.

During his fight with Asta, he used his time magic, and during the midst of the battle, he tried to touch Asta using his soul magic. It is where he concludes that Asta is genuinely a flaw of the world as he cannot manipulate his soul due to his anti-magic.

So here we can say that Lucius cannot make Asta a Paladin. That might be one of the reasons why he was hell-bent on killing him. He finally transforms into his true human form to defeat Asta.

Also, to break him mentally, he manipulates sister Lily’s soul and makes her fight against Asta. He also manages to purify all devils in the underworld all by himself.

Who is Lucifero in Black Clover? (His Magic)

Lucifero was the highest-ranking Devil and was host to Dante and later Morris. He came into the living world after the incomplete manifestation of the Tree of Qlipoth.

Lucifero uses very powerful gravity magic. Lucifero is a very arrogant devil who thinks he is superior to every living being. Lucifero’s goal was to bring destruction to the living world. He was ultimately killed by Lucius, who absorbed his gravity magic and ate his heart.

How Powerful was Lucifero in Black Clover? (With full power)

Lucifero was a very powerful devil as he managed to defeat all Clover Kingdom Captains at his half-strength. He lost his cool when he got hit by Asta during the clash. Later on, he fought against the strongest duo of Black Bulls all by himself.

As the strongest demon connected to the Qliphoth Tree, Lucifero possesses a vast magical power that threatens to destroy the living world if freed.

Even in his incomplete form, he possessed a huge amount of magic power and was constantly increasing, which allowed him to clash against seven Magic Knight Captains at the same time with no effort.

Lucifero was strong enough to halt the swing of Demon Slayer of Asta and manage to hold it ultimately, even in his incomplete form. He even manages to stop Mereloeona’s punch, which is known to possess a tremendous amount of Raw power.

Lucifero can even take control of lower bodies as he did in the case of Liebe. He manages to kill Licihita using Liebe’s body.

Lucius vs. Lucifero: Who would win 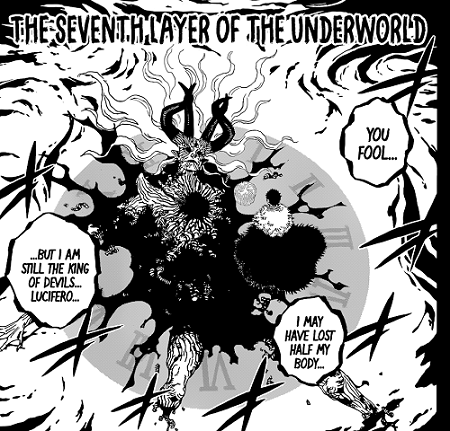 Based on just magic, Lucius is way stronger than Lucifero. Lucius has different kinds of magic, such as Soul Magic, Gravity Magic, and Time Magic. He can easily defeat and purify Lucius just by using his soul magic with one touch.

Lucifero all the way when it comes to strength. Unlike Lucius, he possesses a considerable amount of raw strength and easily defeated magic knight captains. He even managed to block Mereleona’s punches and also held Asta’s anti-magic sword with his bare hand. Lucius, during his fight against Asta, somewhat struggled as he was forced to use his full power.

Lucius is the victor based on speed. As he can cover long distances very quickly than Lucifero. It is because of the time magic which allows him to either manipulate the time or teleport himself.

Lucifero has a lot more durability than Lucius, as witnessed during his clash against the strongest mages of the Clover Kingdom. Undoubtedly, till now, no one can overpower Lucifero based on raw strength.

In terms of experience, even though Lucifero is older than Lucius. Lucius is more experience and wise about the world. As he was the only mage in the history of Black Clover who managed to purify the Devil’s power and create an ultimate human form.

6) Based on Overall Power Level

Lucius is more powerful than Lucifero; he outclasses Lucifero in terms of strategy, smartness, and Magic. He had a great knowledge of how the world worlds, and he had some distinct goals in his mind, unlike those who just wanted destruction.

Is Lucius stronger than Lucifero?

Yes, as mentioned before, Lucius is way stronger than Lucifero. The main difference is not their power levels but how they view the world. Lucifero was full of himself and had absolute pride in himself, which led to his downfall. While Lucius knew he was powerful yet he never boasted about his power. He was very cautious and immediately took care of Asta.

So, this is it for today, folks! Here, we have concluded our article on “Lucius vs. Lucifero: Is Lucius stronger than Lucifero (complete form)? Black Clover 2022.” We will update once the story progresses, as it is in its final arc.