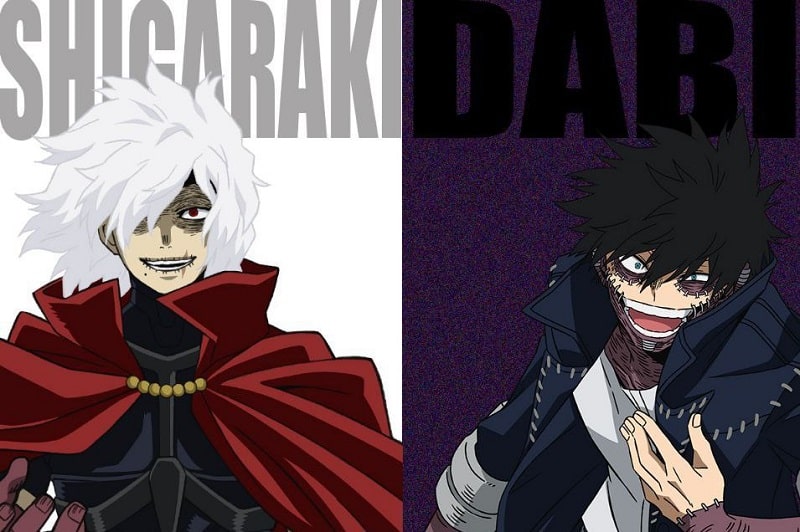 My Hero Academia is currently at its peak stage, with the final arc going in full swing as Villains are overwhelming heroes in the fight. Shigaraki and Dabi are the strongest villains in the series. Both are most similar in nature, like having their hatred towards a particular hero. This raised many questions among fans if there is a fight between “Dabi vs. Shigaraki,” who will become the winner?

The answer to the question is: Presently, Shigaraki is far more powerful than Dabi due to his nature of awakened Decay Quirk, and he also has the abilities of All for One. All for One is the most powerful Quirk in the series, which can only be defeated by its counterpart One for All. Since Dabi has only Blueflame Quirk, he does not stand a chance, but currently, after awakening his blue flames ability, Dabi is way stronger than Shigaraki in terms of mass destruction.

Therefore, it is way difficult to compare them as Dabi’s Quirk as easily counter Shigaraki’s extended hands and decay Quirk, but Shigaraki with AFO powers is only dependent on these powers.

Dabi is one of the primary antagonists in the series. He made his appearance during the forest camp arc, where he clashed against Aizawa. During the paranormal liberation war arc, it was revealed that he is the eldest son of Endeavour. Dabi’s real name is Touya Todoroki, who was presumed dead from the start of the series.

Shigaraki Tomura, whose real name is Tenko Shimura, was the grandson of Nana Shimura. When he was young, he aspired to become a hero but was stopped by his father. His father’s strict treatment made him lose control over Quirk, and he accidentally killed his entire family.

Shigaraki asked for his help, but he was abandoned by society, which raised his hate towards them. He was rescued by All for One, who gave him a name and place and made him the head of the League of Villains.

How Powerful is Dabi in MHA Final arc?

Dabi is one of the most powerful villains in the league. During the final act, he clashed against his brother Shoto, and it was clear that Dabi’s firepower was way stronger than Shoto’s during the clash. Shoto himself might not have beaten Dabi by himself, as during the course of the fight, his father’s sidekicks rescued him from the ruthless attacks of Dabi. Shoto defeated Dabi by using his new move, Great Glacier Aegir. 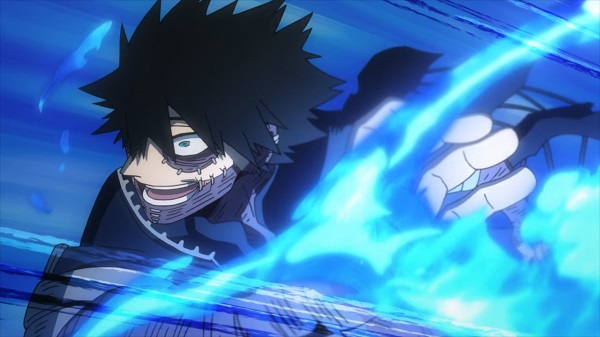 Dabi is a very good tactician, but while he’s very skilled with his Quirk in combat, he’s a long-range fighter, and also, he’s heavily reliant on his Quirk because he’s not good in close-quarters combat. His Quirk is the most powerful fire Quirk so far as his flames are blue, and he’s able to burn people so much that there’s almost nothing left of them.

What keeps Dabi back is his body which is strongly involved in not being able to handle the heat it produces. Unlike his father and brother, his body gets overheated whenever he uses his Quirk, as his body gets burned.

How Powerful is Shigaraki in MHA Final arc?

Shigaraki is the most powerful character in the series currently. He wields the strongest Quirk All for One along with the Quirk he had since his birth, “Decay.” In the final saga, it was visible as he took on half a dozen of heroes with ease. Shigaraki easily manages to withstand the attacks of everyone during the fight. Unlike other villains, Shigaraki is a quick learner, as he has exponential growth in the series. 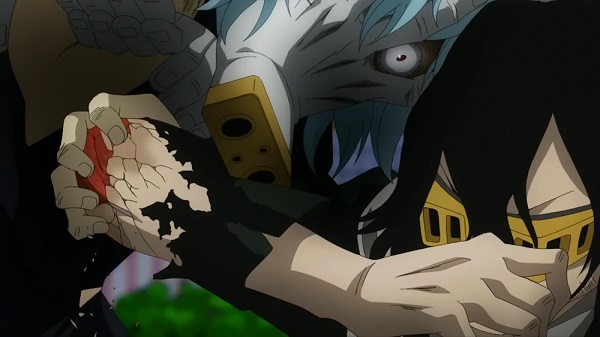 He started the journey from a child who throws tantrums to the greatest villain with a tangible goal. During the final arc, he takes a severe hit by Bakugo, but he manages to kill him. Also, during the paranormal liberation war arc where his quirk transfer was incomplete. He manages to withstand the full-scale assault of Endeavor and Deku. His primary Quirk, Decay, has become even more powerful as its range has been increased, and he awakened the Meta Liberation Army arc.

During the final arc, we witnessed that his passion for destruction had given him a new form, having swollen cluster of fingers covering his body which is ideal for destroying any threat. Also, taking his tragic childhood into account, which caused substantial mental stress drove him to a certain point which evolved into his peak form, ready to face any threat head-on.

Dabi vs. Shigaraki (AFO): Who would win 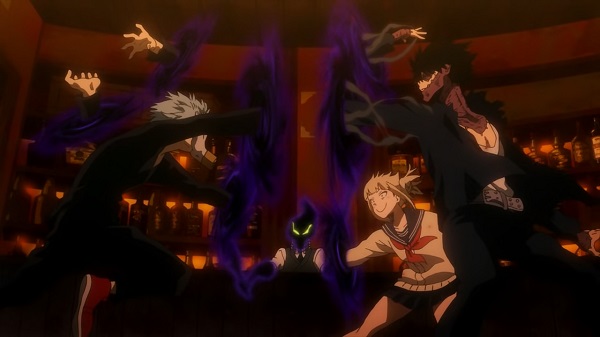 Shigaraki is the clear victor when it comes to strength as he wields the strongest Quirk. During the final act, we saw the difference that Shigaraki easily managed to hold half a dozen of heroes with his raw strength while Dabi struggled to do the same thing. Even during the paranormal liberation war arc, Endeavor noted his raw strength is equal to that of prime All Might.

Once again, Shigaraki is the winner as he is faster than Dabi. Unlike Dabi, he can push himself to any extent. During his fight with Star and Stripe, it was visible how much faster he became. Also, he quickly spotted Deku during the paranormal liberation war arc.

Shigaraki is dominant over Dabi. It is not only because of multiple quirks, but unlike Shigaraki, Dabi cannot use his Quirk forever. Even though Dabi’s flame is powerful but more he uses it his body gets damaged.

Dabi beats Shigaraki by using Long Range attack. His long-range attack was visible during his battle against the Hawks. Shigaraki has an immense advantage in close-range combat because of his Quirk, Decay.

6) Based on Overall Power:

In terms of Overall Power, Shigaraki has the upper hand over Dabi, as we know that Dabi was also one of the candidates to wield All for One, but ultimately Shigaraki was chosen.

So, this is it for today, folks! Here, we have concluded our article on “Dabi vs. Shigaraki (AFO): Who is Powerful in Final Act Saga? (MHA 2022)”. We will update once the story progresses further, as the story is in the final arc, and finally, the clash of Deku and Shigaraki is about to begin.