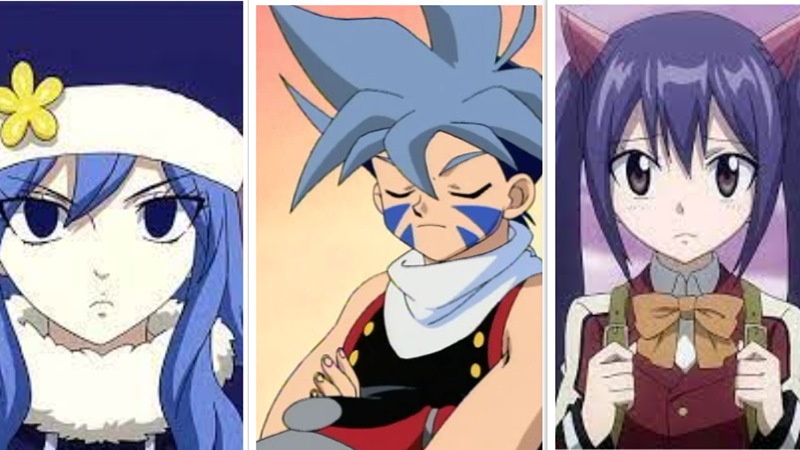 The characters in anime can create a huge impact on the minds of the viewers with just a strong introduction. Every character in an anime is given a unique portrayal, a unique style that distinguishes it from the rest, be it physically or in terms of personality.

The hairstyles of every character become a point of popularity too. In this article, we are going to bring a list of the top 20 best long blue-haired anime characters that we know. We will rank them based on the popularity of their anime show.

If not, then this list is for you. Here, in this article, we are considering both male and female characters. So, without wasting our time, let’s dive into the article on Top 20 Most Popular Anime Characters with Long Blue Hair. 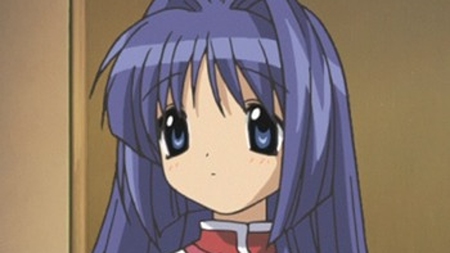 In the 20th position, we have, Nayuki, a very optimistic kind of person who maintains her jolly nature. She loves her mother a lot and, for this reason, becomes depressed after her mother meets up in an accident. However, in the end, she overpowers her depression. 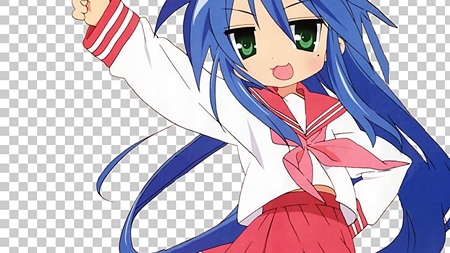 Next in line, we have Konata Izumi. She is the shortest of the Lucky Star and is flat-chested as compared to other friends. Konata is a mischievous person who likes to prank people and is always lost in her own world.

18) Yuzuha (The One Being Sung Anime) 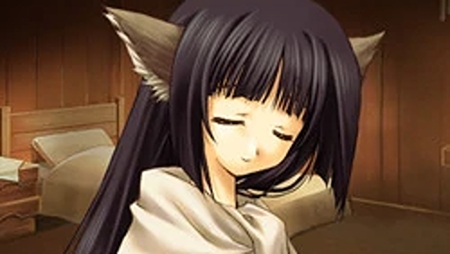 Yuzuha is a pretty lady who is blind. Most of the time, she is on her bed. She develops a sense of smell and hearing and has the ability to recognize any person with the smell or sounds. She maintains a gentle personality. 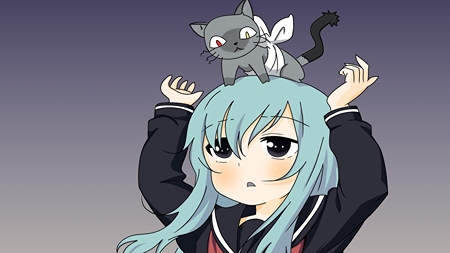 Next, we have Mero, who, in spite of being one of the younger characters in the series, shows signs of maturity in her. She is a very soft-spoken kind of person and likes to observe before he speaks. Mero is calm and intelligent, as the color of her hair suggests. 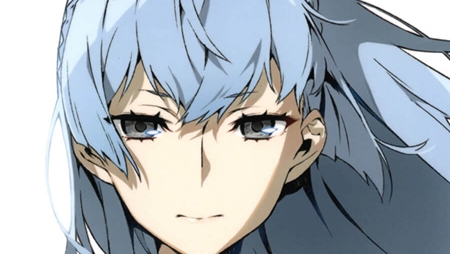 Noriko is the person who brings the Kiznaivers together. The show is all about emotion and pain. Noriko has silver eyes, pale-skin and is not like the other girls. She only speaks when there is a need to say something. She showed very little emotion in the series. 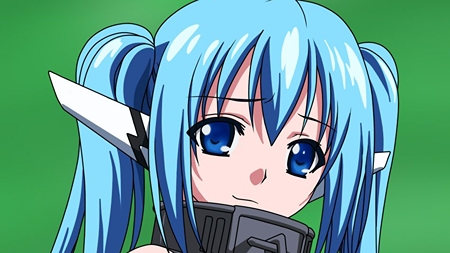 Following up, we have Nymph, who shows a distinct softer side as the series proceeds. Her blue hair depicts her vulnerability. Before, she was sent to get Ikaros, but later she changed her path as she fell in love with Tomoki. 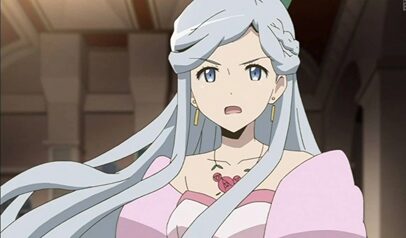 In the 14th position of Anime Characters with Long Blue Hair, we have Princess Lenessia, a lazy and carefree person. It is because of this reason, her parents are strict with her. Later she grows with someone who knows about maturity and responsibility. 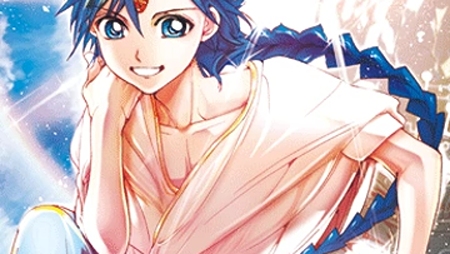 Now, we have Aladdin, who has a short and small body with long blue hair. He is a kind and happy kind of person who makes friends easily. He never had many friends, so he is fond of making new ones now. Aladdin does everything possible to protect his friends. 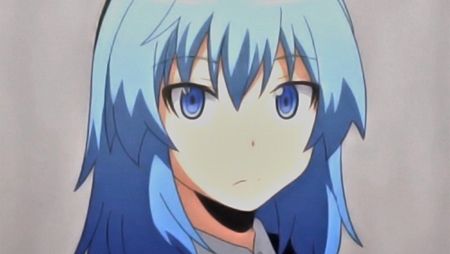 Due to the darkness in Nagisa’s life because of his mother, he became a potential rival. He is very calm, and his classmates take advantage of that by using him as bait. He has deep insecurity about how people around him think. 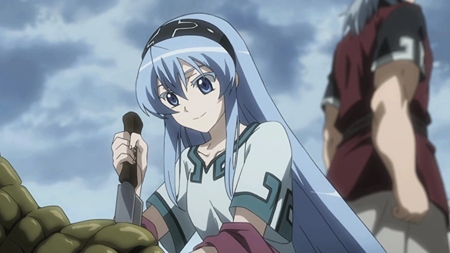 Following up, we have, Esdeath, a tall, thin, and beautiful woman with long blue hair. She has a tattoo that is a symbol of Teigu. Esdeath is a sadist who takes sadist pleasure in the misfortune of others. Even she loves to fight with opponents who are really strong. 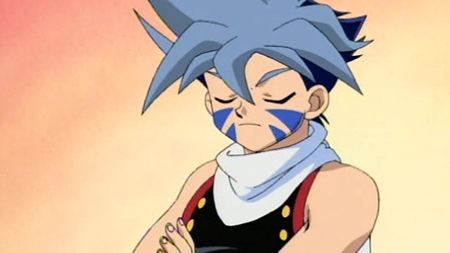 Now, we have Kai, who is a very confident figure. He can sacrifice anything to achieve what he desires. Kai is a very mysterious kind of person. Initially, in the series, he is shown as a very cold-hearted person. He feels dejected when he loses something. 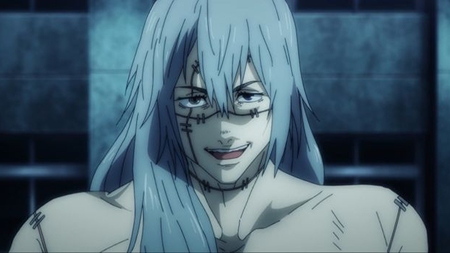 Mahito has long blue hair, divided into three parts. He has stitches all over his body that look like someone stitched him. He is a sadist who enjoys playing with human emotions. Mahito has no sympathy for human life. 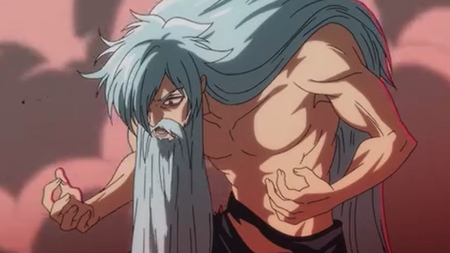 Now, we have Ban, a very tall man with brown skin. He has a very muscular body. On the left side of his face, he has a deep scar given to him by Meliodas. Ban is a very determined person who does things that are of his interest. He even showed signs of greed in the series. 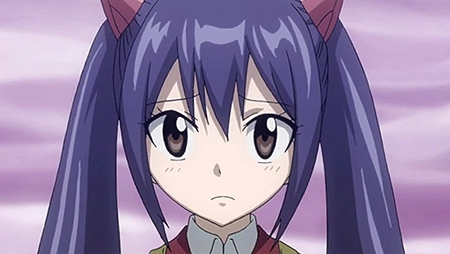 Wendy is a fair girl with long, dark blue hair up to her waist. She wears wings around her arms and legs. During her days of battle with cancer, she decides to chop her hair. She has a very shy and polite kind of nature and is eager to make new friends. 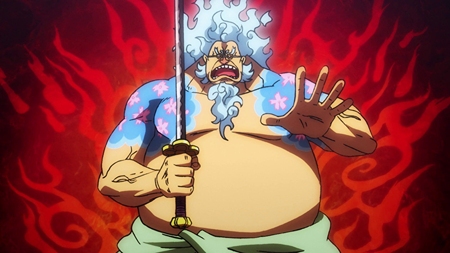 Hyogoro is an elderly man who has a blue tattoo covering his shoulders and back. He was once famous for his chivalry as a samurai. He was kept in prison for a long time, due to which his physical abilities declined. However, he is still strong enough to move heavy stones. 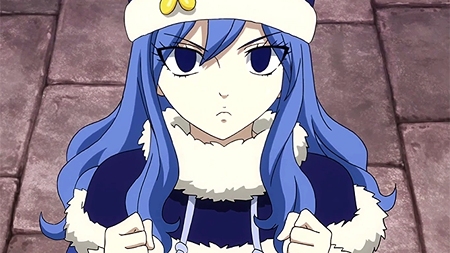 Now we have, Juvia, a thin, young girl having light blue hair. When she became a member of Fairy Tail, she chopped her long her and wore more revealing clothes. She was introduced as an emotionless person who is aloof from everyone. She has the power to control water. 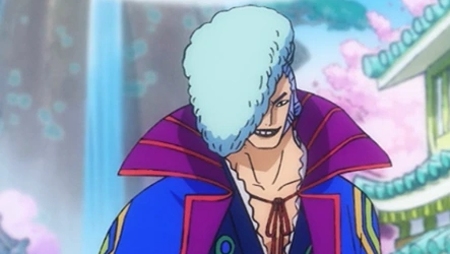 Denjiro works as a spy for his family. He has tremendous powers. Denjiro is intelligent and loyal to the Kozuki Family. He also managed to gain Orochi’s trust to become his spy for the Kozuka family and later overthrow him and Kaido. 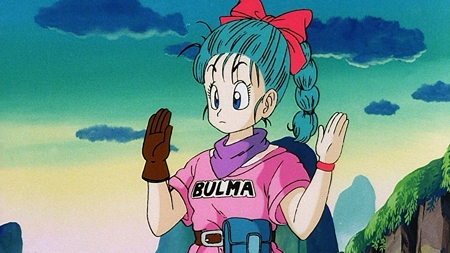 In the 3rd position of Anime Characters with Long Blue Hair, we have Bulma, who runs the entire capsule corporation and creates inventions because of the mind that she inherited from her father. She has a thin appearance and milk-colored skin. She acts girlish and boyish at the same time. 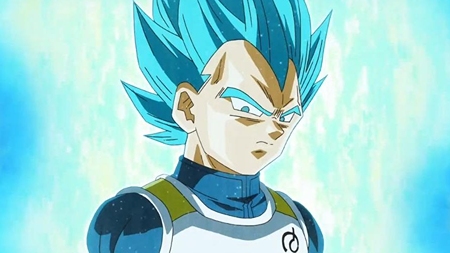 The character of Vegeta is the most praised one. Vegeta is a slim but well-grown man. He wears a dark-blue jumpsuit with white gloves and boots. He is quite arrogant and later turns rude due to the hatred his race received. 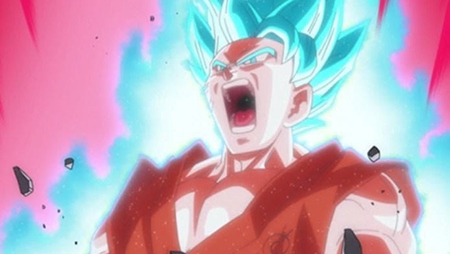 In the 1st position of popular Anime with Long Blue Hair, we have Goku. He looks exactly like his father. Goku has spiky long blue hair. He was born with a long signature tail with brown fur. He often wears an open blue gi secured with a bow.

These were the list of 20 popular anime characters who made a powerful impact through the series. Now, we conclude our article Top 20 Most Popular Anime Characters with Long Blue Hair. We will be very soon back with another article, so stay tuned until then.