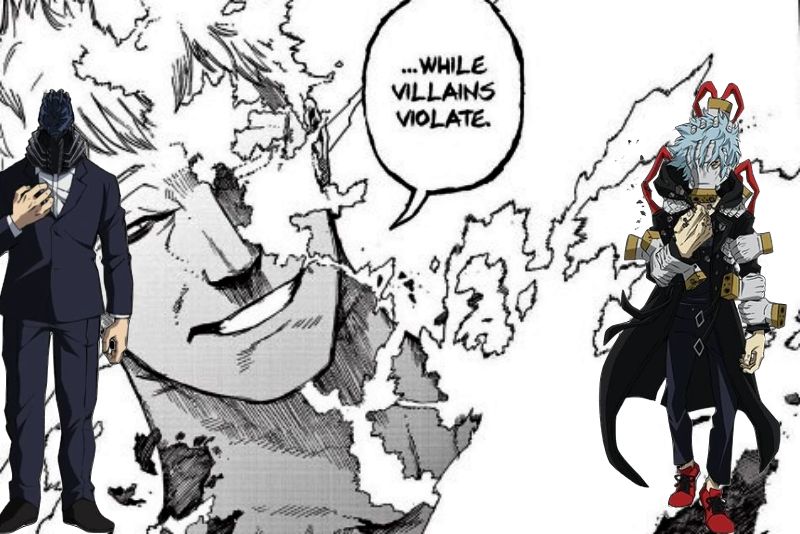 Consistently staying in the Top 10 bestselling manga for the past few years and following an extremely popular anime, My Hero Academia has featured various villains in the series. In this article, we compare and conclude on “Who is the main villain in My Hero Academia?”.

Main Villain in My Hero Academia

As of December 2022, the manga is ongoing under its final arc, and the main villain on the scene is Shigaraki Tomura, having acquired power-ups from body and mind modification and powers of All For One.

Even though All For One planned to use Shigaraki’s body as a method of revival and consciousness transfer, it has failed so far, with Shigaraki in control now.

The fast pacing of the final arc has kept the fanbase on the edges, and although the manga’s creator, Kohei Horikoshi, plans to end the story by the end of 2023 at the most, the story still has rough edges it needs to smooth out.

Antagonists in My Hero Academia

One of the main villains in the series is All For One, a powerful and ruthless individual who possesses the ability to steal and manipulate the Quirks of others. All For One is the archenemy of All Might, the world’s greatest hero, and he seeks to destroy him and take over the world.

Another major villain is Tomura Shigaraki, the leader of the League of Villains. Tomura possesses the ability to decay anything that he touches and is obsessed with wiping out the hero society and creating a world where villains rule supreme.

The League of Villains is made up of several powerful and dangerous individuals, each with their own unique abilities and motivations. Other notable members of the League are:

In addition to the League of Villains, the series also features a number of other villains who pose a threat to the hero society. These include the cold and calculating businessman Kenji Hikiishi, also known as Overhaul.

The Meta Liberation army, which was previously headed by Re-Destro and now fused under the League of Villains, gave them a huge boost in numbers. The prisoners who escaped from Tartarus have also joined All For One’s army due to his past connections.