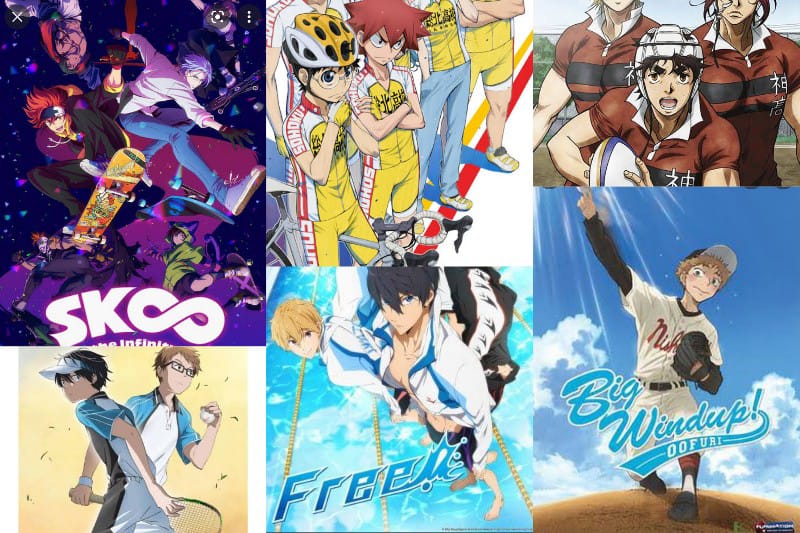 Funimation is one of the best platforms to watch anime online across the US, Canada, UK, Ireland, Australia, and New Zealand. It has both paid and only email registration subscriptions. Many fans are already members of Funimation, but sometimes they do not know what to watch next. Therefore, here we have come up with a list of Top 15+ Best Sports anime on Funimation.

The list comprises anime that predominately focuses on various sports or games. Also, we have ranked them based on myanimelist score so that you can pick up any sports anime from the list based on your preference. So, without any further ado, let’s begin.

Note: All anime in the list are available on Funimation as of March 15, 2022. If it is not displayed on your Funimation, then maybe it is obtainable for different regions. Hence, in this situation, you can purchase a good VPN to change your geographical location. 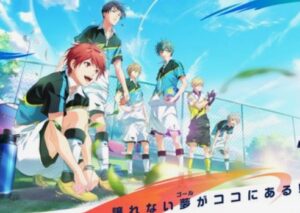 Futsal Boys is one of the best sports anime. Futsal is an indoor mini football sport played on a hard court. The story revolves around Haru Yamato, who wants to play Futsal after witnessing an exciting match where Tokinari Tennoji, a talented Futsal player, showed unbelievable skills.

Soon he joins the Futsal club at Koyo Gakuen High School, where he meets a variety of talented players. Now, his dream is to become a pro Futsal player and meet his ideal Tokinari Tennoji. 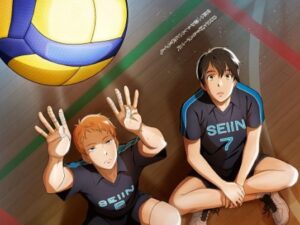 “2.43: Seiin High School Boys Volleyball Team” is a good volleyball anime. The plot begins when Kimichika Haijima is forced to leave his volleyball team. He moves back to his hometown, where he meets Yuni Kuroba, a great volleyball player, his childhood friend.

He thinks to make his own volleyball team along with Yuni. However, the team falls due to some circumstances.

Both Haijima and Kuroba find themselves on the same volleyball team at Seiin High School. Now, their past experience helps them to overcome new challenges. 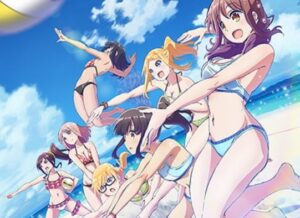 Harukana Receive is one of the best sports anime for Otakus. It exhibits a beach volleyball game where each player must rely on their partners. The rules and environment here are entirely different from the court volleyball.

The plot revolves around Haruka Oozora and her sister Kanata Higa who practice for the Junior Beach Volleyball Tournament to defeat Narumi, a pro beach volleyball player. 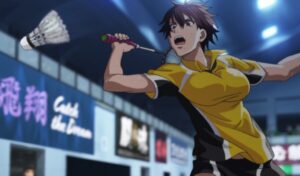 Hanebado is a badminton sports anime where Nagisa Aragaki determines to quit her badminton career after a crushing defeat at the National Junior Badminton Tournament.

Months later, a new head coach, Kentarou Tachibana, joins her badminton club. He is an Olympic-level player, and with him, a new player also joins the club, Ayano Hanesaki, the girl who defeated Nagisa six months ago. Now, Nagisa has to face her rival as well as grow along with her. 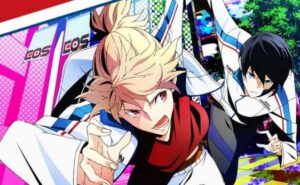 Prince of Stride is a unique sports anime that displays free running and sprinting. Free Running is also considered to be a sport in some regions. Nana Sakurai takes admission to Honan Academy, where she joins the Stride club.

She meets Takeru Fujiwara, a club member who reveals that the club is no longer active due to the lack of members.

After that, Nana and Takeru recruit a first-year student, Riku Yagami, who is interested in any sport, and now together they practice to win the End of Summer Competition in Stride to revive their club. 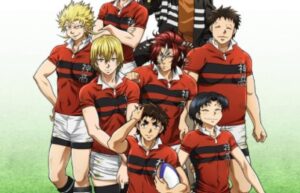 All Out is a Rugby sports anime with a lot of action. The basic rule of Rugby is to carry the ball past the goalpost avoiding the members of a different team. The story follows when two friends, Kenji Gion and Sumiaki Iwashimizu, get an invitation to observe the rugby club.

Kenji notices that Rugby is a sport for people of all shapes and sizes. He has a short height and faces too many difficulties in joining any sports club. Therefore, he signs for the rugby club and forces Sumiaki too to join. Now they both train hard to become the champions of the rugby game. 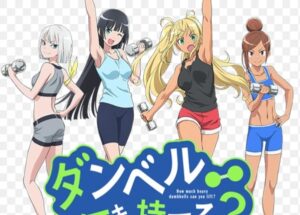 “Dumbbell Nan Kilo Moter” or “How heavy are the dumbbells you lift” is one of the best anime for bodybuilders. The anime comprises weight training, bodybuilding exercises, and other nutrition guides.

The story begins when Hibiki Sakura is confronted about her expanding waistline by her best friend, Ayaka Uehara. To lose weight, he decides to join Silverman gym, the area’s best gym, where she meets a prince trainer, Naruzou Machio.

Now she becomes a total muscle fetishist and regularly goes to the gym only for her trainer. 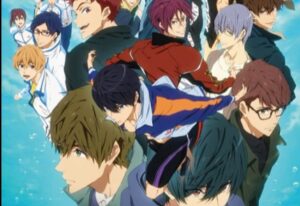 Free is one of the most popular swimming anime. If you like swimming, then this anime is best for you. The story follows around Haruka Nanase, a passionate swimmer who won a relay swimming race with his three friends. After that, they all four joined different academies and separated their ways.

Months later, they meet and decide to revive their previous swimming club. Now they all four practice together to become a better swimmers. 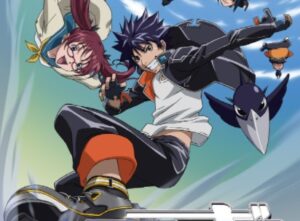 Air Gear is the best inline skating sports anime. The anime revolves around Air Trecks, motorized inline skates with speed limiters. However, a community of daredevils known as the “Storm Riders” have manipulated the speed limiters to attain a certain level of speed.

Now, underground battles happen to dominate the streets and show off pride.

The story begins when a middle school boy, Itsuki Minami, wants to reach heights no one else is able to. So, he decides to join the street fight of inline skating to rule the skies. 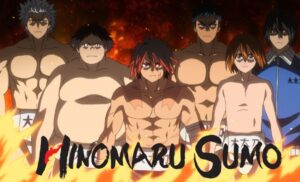 Hinomaru Sumo is an anime that predominately focuses on sumo wrestling. It has a plot where Hinomaru Ushio desires to become a pro sumo wrestler despite having a low body size. He is an incredibly powerful and hardworking guy; still, he has to prove everywhere to join any team or club.

Now, to become the highest-class sumo wrestler, he has to win the strongest wrestler in his high school tournament. Under a lot of pressure and less time, Ushio has to prove to everyone that body size is not essential in sumo wrestling. 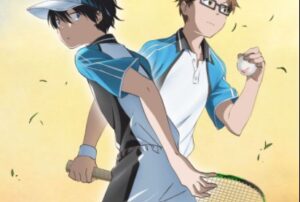 Hoshiai no Sora is a soft tennis sport anime. In this anime, the boys’ soft tennis club always gets defeated by the girls’ club due to poor skills. It leads to the decrease of motivation among the boys in this game.

In need of skilled members, Toma Shinjou meets a new transfer student, Maki Katsuragi, who has impressive reflexes. In condition to pay his participation and other club expenses by Toma, Maki joins the boys’ soft tennis club.

Maki’s quick learning and great reflexes hope to revive the boys’ soft tennis club once again. Not only this, by seeing Maki’s training, everyone in the club gets motivated to do their best. 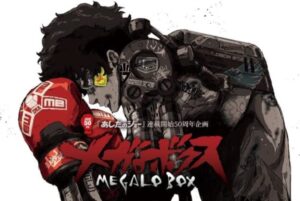 Megalo Box is one of the most famous boxing anime on Funimation and Netflix. Megalo Box exhibits the evolution of boxing where boxers use mechanical limbs known as Gear to enhance speed and power.

The story follows when an underground Megalo Box fighter, Junk Dog, accidentally picks a fight against a bodyguard of the CEO of the company Shirato Group. 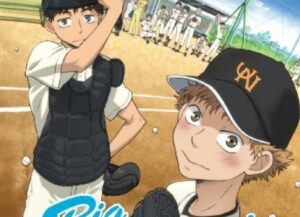 Big Windup is the most popular baseball anime. It has gained its leading popularity, especially in the US. The story begins when Ren Mihashi, a good baseball player, faces too many losses because of his poor pitching.

It leads to degrading his self-esteem, and he decides not to play baseball again. But after arriving at Nishiura High, he is dragged into a new baseball club where his role is starter pitcher. Now he is left with two options: leaving the baseball club or practicing his weaknesses. 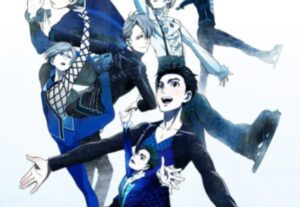 Yuri on Ice is the best sports anime to watch on Funimation. It demonstrates the ice-skating sport. The story commences after the Grand Prix Finale when Yuuri Katsuki is defeated and decides to resign from his ice-skating career.

However, his life changes when Victor Nikiforov, the five-time world champion, appears at Yuuri’s house to offer his mentorship. And from here, Yuuri’s life takes a swift turn. 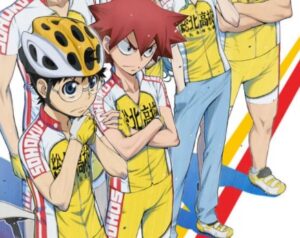 Yowamushi Pedal is the best bicycle sports anime on Funimation. The exciting story begins when Sakamichi Onoda, an Otaku, joins an anime club in his school in the hope of finding new friends of the same interest.

However, the club has been disbanded, and to revive it, he needs need members. After getting tired of finding new members, he decides to make a round trip on his old bicycle.

When Shunsuke Imaizumi, a professional cyclist, witnesses Onoda’s ability to climb a steep hill on his old bicycle, he challenges him for a cycle race with the proposition that he will join his anime club if Onoda wins. From here, Onoda’s new journey begins. 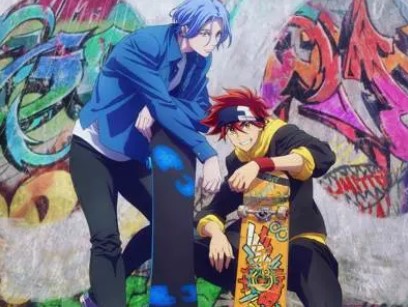 SK8 the Infinity is the best skateboarding anime. One night, Reki Kyan, a passionate skater, heads to an illegal underground skateboarding ground, “S.” There, he competes and breaks his arm and skateboard.

Now he is incapable of practicing at all. On the other side, Reki’s new classmate, Langa Hasegawa, a half-Canadian and half-Japanese boy, has no skateboarding experience.

But he is in desperate need of money. Reki and Langa decide to visit “S,” where they are tasked to win a skate race. So, how will they manage to win? 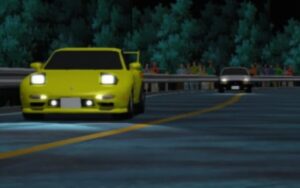 Initial D First Stage is the best car racing sport on Funimation. Car racing is also considered to be a sport in many regions. This anime has an incredible plot. The story revolves around a boy, Takumi Fujiwara, who is the son of a Tofu shop owner.

With no knowledge about cars, Takumi’s only job is to deliver tofu every morning without fail in less time, driving along the mountains of Akina.

One night, the famous street racer group Akagi Red Suns visits the town and decides to race in the mountains of Akina. The race is led by teams’ two aces, Ryousuke and Keisuke Takahashi.

However, during the race, one of their aces is overtaken by an old Toyota AE86 (by Takumi during a drive back home). Till then, the whole group is in search of this remarkable and experienced driver.

Here, we conclude our article on “Top 15+ Best Sports anime on Funimation.” You can watch any anime based on your likings. We will be back with another list. Till then, stay tuned with us and read the articles below.