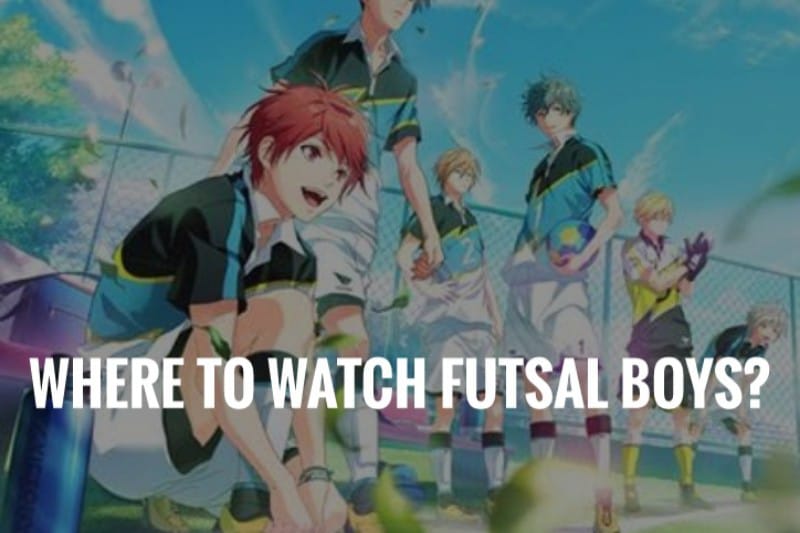 “Futsal Boys!!!!!” has become one of the most widespread mini-football anime worldwide, only with the release of Season 1. The anime predominately focuses on Futsal, an indoor mini football sport that is played globally. Futsal Boys is currently a running anime, and many fans face problems regarding where to watch Futsal Boys legally.

Later in this post, we have explained more about Futsal Boys anime and other relevant queries. So, without any further ado, let’s begin.

Where to watch Futsal Boys?

Funimation has the legal rights to broadcast Futsal Boys legally across the U.S., Canada, UK, Ireland, Australia, and New Zealand. Presently the anime is only available in the original Japanese audio. It will be translated into English dub in the next 2-3 months.

Apart from Funimation, Amazon Prime subscribers across the States can also purchase all episodes of Futsal Boys digitally for under 3 USD.

Right now, Futsal Boys has ten episodes, and Episode 11 is scheduled to be released on March 20, 2022, under the title “Unerasable Memories.”

1) Is Futsal Boys on Funimation?

Funimation is the official platform to broadcast Futsal Boys across the United States. Fans can watch this anime on Funimation without any paid subscription.

Yes, the episodes are currently not locked, only the premium members. It means all you need to do is register your valid mail id and start watching Futsal Boys.

2) Is Futsal Boys on Crunchyroll?

Unfortunately, Crunchyroll does not have the license to broadcast Futsal Boys. Crunchyroll members can advance to Funimation to watch this anime under the ad-support section. Maybe Crunchyroll will purchase the license for this new anime in the future.

Like Crunchyroll, Hulu does not have Futsal Boys in its library. Hulu is only available in the United States, Puerto Rico, and Japan. It indicates US fans can advance over Funimation without any cost, and Japan fans can watch Futsal Boys on their original TV networks like Tokyo MX, BS11, and MBS.

4) Is Futsal Boys on Netflix?

It is bad news for Netflix members because Futsal Boys is not obtainable on Netflix for any region. Fans can either wait or can shift to Funimation to watch this anime. Also, Netflix members can purchase this anime on Amazon Prime Video (US).

Yes, Futsal Boys is available on Amazon Prime Video. But before watching, you have to check whether the anime is obtainable for your region or not. As far as we know, Amazon Prime (US) has all episodes of Futsal Boys.

How to watch Futsal Boys?

For the US region-

For the other regions-

According to myanimelist, Futsal Boys has 12 episodes in Season 1 with 23 minutes each. The total time required to complete this anime is 276 minutes or 5 hours approximately.

Here, we conclude our article on “Where to watch Futsal Boys legally.” We will be back with another post. Till then, stay tuned with us and read the articles below.

Where can I watch Ranking of Kings? (Ousama Ranking)