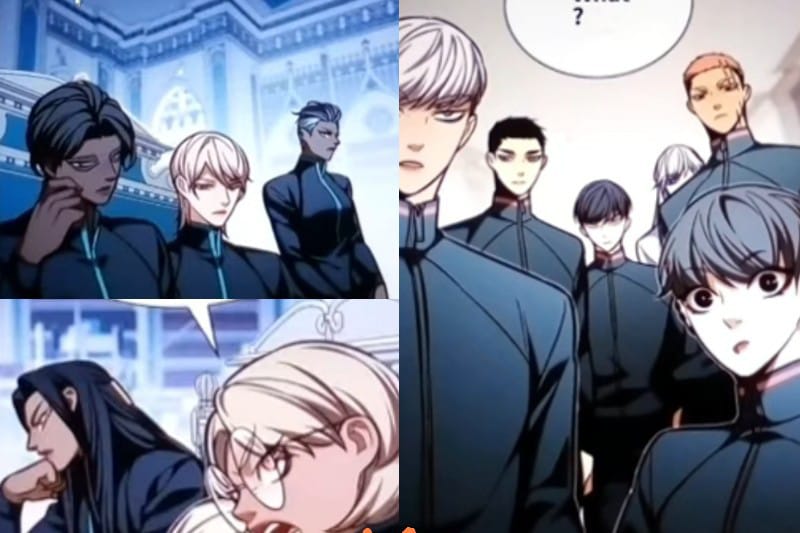 Eleceed has recently gained popularity worldwide. With its unique plot and incredible character design, it has won the hearts of many webtoon lovers. Presently, the series has unveiled the awakened abilities of most rookies. And the spar is going on between the Top Korean rookies and World Top 10 rookies. Therefore, this post will discuss the ranking of “Top 13 Strongest Eleceed Rookie Characters Ranked.” So, let’s begin. 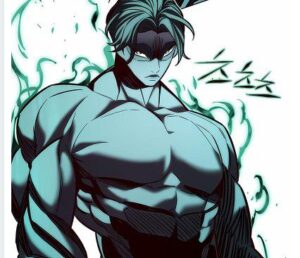 His awakening ability allows him to gain enormous strength; however, even after releasing his full potential, he cannot even injure Gangseok Choi. It was a one-on-one fist fight, and Ilay was defeated. No wonder he is also one of the most substantial rookies, but in our opinion, based on brute strength, he is inferior to Glant. 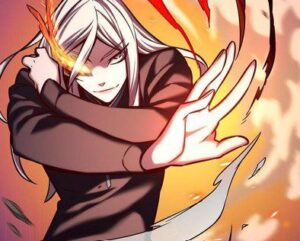 Next on our list is Jean, who is also not affiliated to any significant clan but raised by an origination called Omega. Like Wooin, Jean has got expertise in power control. She has fire abilities but is not stronger than Klein Brothers.

Jean fought Wooin in Round 2 where Wooin got the upper hand against her in a power control fight. However, the battle ended when Subin and Jisuk interfered. Jean didn’t have the opportunity to unveil her full potential, but in our opinion, she is still weaker than Wooin. 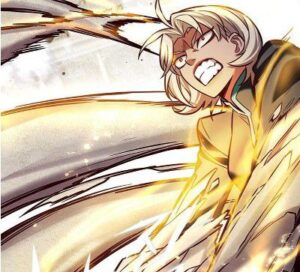 Laura is also one of the strongest students in the World Academy. Her ability with ground manipulation is incredible. No wonder if, instead of Sucheon Kang someone else was fighting with her, he/she would experience a lot of trouble in defeating her.

Sucheon Kang’s Gravity ability is her natural foe of her. Still, Laura was able to injure Sucheon during Round 1 severely. Sucheon and Laura are very powerful, and the fight ends in a draw. 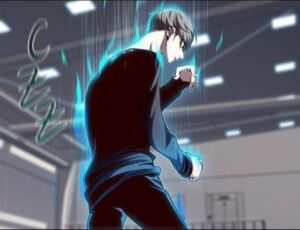 Subin is one of the four strongest Korean rookies and granddaughter of Awakened Union’s head. Her awakened ability is Cryokinesis, which she uses for both long- and short-range attacks. Subin is not only an expert in hand-to-hand combats but also in long-distance fights, which makes her very powerful.

In the past, she fought Duke and got overpowered by every means. But now, she got trained and is ultimately powerful enough to compete for Top 10 rookies of World Awakened Academy.

Lia Eresby is the president of the Student Council. She is also one of the most powerful rookies in the World Awakened Academy. She has barrier ability. Lia can put a barrier all around herself to defend against any attack.

Her barrier is tough as Glant. In addition, she can use her barrier on opponents and manipulate it depending on her opponent’s strategy. Currently, she was fighting Subin Lee; however, the match between them was intercepted due to external factors. 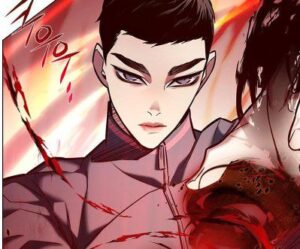 The next one on our list of “Strongest Eleceed Rookie Characters” is Wooin. He is an expert in power control, trained and guided under Dr. Delein. He has telekinesis awakened ability. During the spar with Jean, he overpowered her in a power control battle.

Wooin is far more experienced than any other rookie, which gives him an upper hand in every fight. Apart from it, he also knows how to win a fight; that’s why he releases his full potential at the beginning of the fight instead of increasing his power. 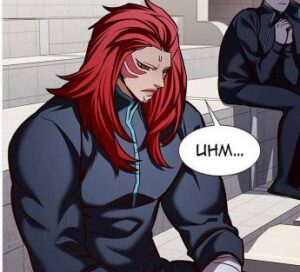 Glant is undoubtedly one of the strongest rookies in Eleceed, but unfortunately, he has to fight with Jiwoo Seo. He trained himself in an extreme environment, and it said that his defense was strong enough to take on missiles.

Even Jiwoo Seo faced too many problems in defeating Glant. Not only this, but Glant is also very quick-witted to understand the weakness of Jiwoo Seo’s ability. In the end, Jiwoo used his full potential and the lightning effect to take down Glant. 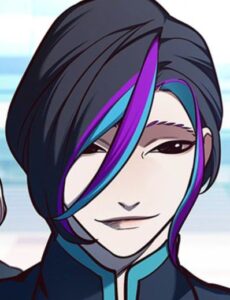 Arthur Bryan is from the prestigious Bryan family who visited Korea to spar with the top Korean rookies. He is mighty and the only one who hasn’t been defeated in spar yet.

He fought Jisuk Yoo and drew the match. Both Jisuk and Arthur have the same level and ability. Presently, there is a high probability that Jisuk has become more powerful than him. Along with strong ability, Arthur is also brilliant, and he knows where and whom to fight. 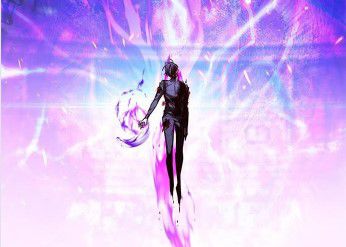 One of the Top 4 Korean rookies is Sucheon Kang. He has gained too much potential after losing his father and grandfather. We have ranked him on 6th position because of his gravity manipulation ability.

Undoubtedly, he is very powerful, and the way he is training to overpower Jiwoo makes him a reputed awakener. He knows that no one in his guild is powerful enough to protect his family. That’s why he always trains and learns multiple abilities of his awakening.

Jisuk Yoo is also one of the Top 4 Korean rookies who can use wind manipulation ability. He is from Shinhwa Association, and his sister Jiyoung Yoo is the stronger awakener in Korea.

The best part of Jisuk Yoo is that he is well aware of his ability and can efficiently use it in any situation. Thanks to his sister, he also has strong force control. 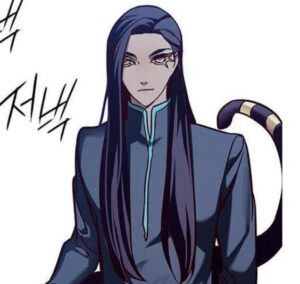 Gahin Loutraine is the grandson of the World Awakener Academy Principle, Kariss Loutraine. According to Inhyuk Goo, Kariss is not in the Top 10 World Rankers, but still, she is mighty. It clearly denotes that her rank is in the Top 20 or 30.

The whole Loutraine family is one of the most vital families in the world and can control mythical beasts. The same goes for Gahin. He can manipulate his mythical beast. If Kayden hadn’t been in the fight, Jiwoo would have faced many problems against him. No wonder, Gahin should deserve 4th rank. 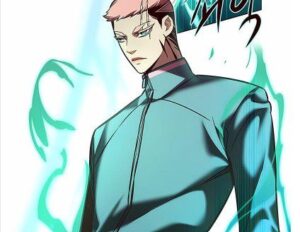 Gangseok Choi is the strongest Korean rookie who is the representative of Baekho association. He fought against Ilay Pigaroon, one of the Top 10 World Rookie awakeners, and overwhelmingly defeated him without breaking a sweat.

He is confident enough to defeat Jiwoo Seo in the spar of explosive punches. Even the teachers of the World Academy didn’t believe one of their strongest students could easily get beaten by some Korean rookie. Presently, we haven’t seen his full potential yet. 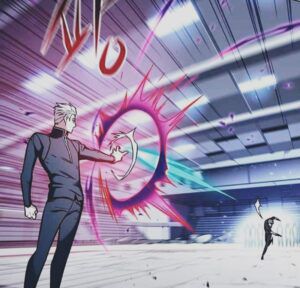 Duke is considered to be the strongest and most reputed among the Top 10 World Awakened rookies. He is from the great Grane family. His primary ability is blood manipulation, and he has practiced enough of his physical abilities that he gained secondary ability as super speed and enhanced durability.

He easily defeated Subin Lee during the spar. However, Jiwoo Seo defeated him in the end after practicing Seongik Han’s special move and combining it with Kayden’s Electrokinesis. 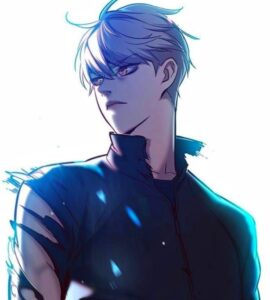 Jiwoo Seo is the strongest rookie in the Eleceed series. His primary awakened ability is Super Speed; however, his mentor Kayden, one of the strongest World Awakeners, teaches him his force control which helps him to attain the best control over his ability.

In addition, Jiwoo has also trained under Korea’s strongest awakeners, Seongik Han and Jiyoung Yoo. And the best part is that he combined his training from different teachers to gain multiple techniques.

Moreover, he also has a lot of real-life battle experience, which makes him even more powerful. At last, Kartein, the world’s greatest healer, is his personal doctor. No doubt, Jiwoo Seo is the strongest rookie in the world of Eleceed.

The special mentions comprise characters that haven’t unveiled their ability yet. Therefore we will rank them in the future.

Here, we conclude our article on “Top 13 Strongest Eleceed Rookie Characters.” We hope you like this post. We will be back with another related article. Till then, stay tuned with us and read the articles below.