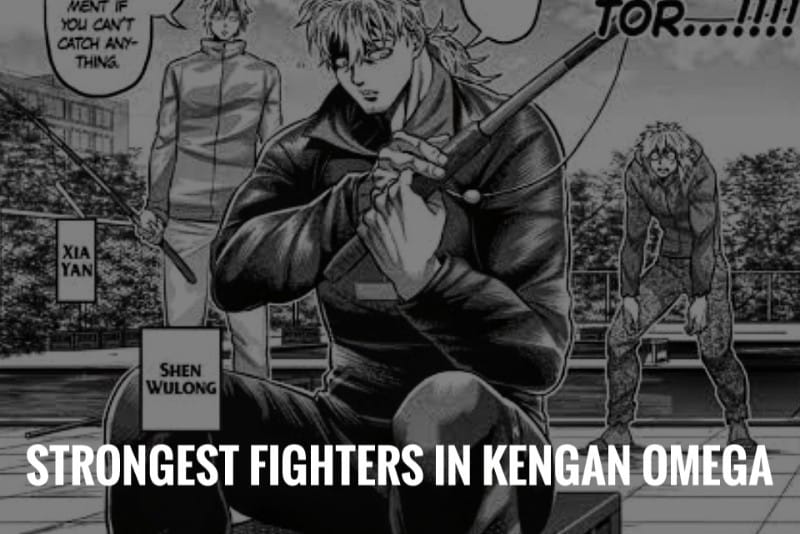 Kengan Omega has finally begun to focus on the original protagonist, Narushima Koga. After the conclusion of the Kengan versus Purgatory competition, Koga indulged himself in intense training under multiple professional fighters. Resultant, he is now grown enough to compete against some best fighters. Some best fighters remind me of the actual motive of this post, i.e., “Top 10 Strongest Fighters in Kengan Omega.” Here in this list, we have also taken a few characters from the Ashura series too. 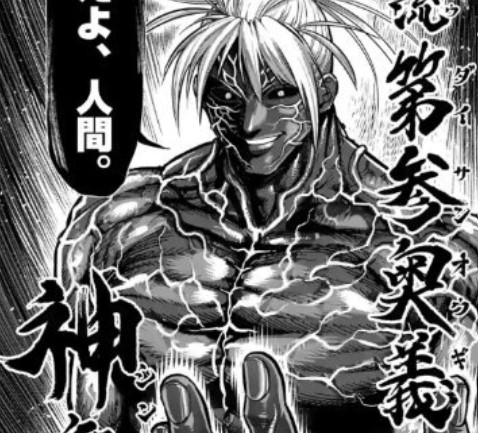 Fei Wangfang was one of the strongest Kengan Omega fighters who combated from the Purgatory side. He self-proclaimed himself as the original Tiger Vessel and knew the Niko Style much better than Ohma.

He was Evil Niko’s student who knew Divine Demon. It is a much better form of Advance that Ohma used. Demon Divine allows both faster heartbeats along with removal abilities. It is the combination of both Advanced and Removal.

However, in the end, to maximize the output of Divine Demon, Fei’s nerve cells got destroyed. He might be stronger than the characters mentioned, but due to overconfidence and total dependence on the Divine Demon (instead of perfecting Niko Style), we have ranked him in the tenth position. 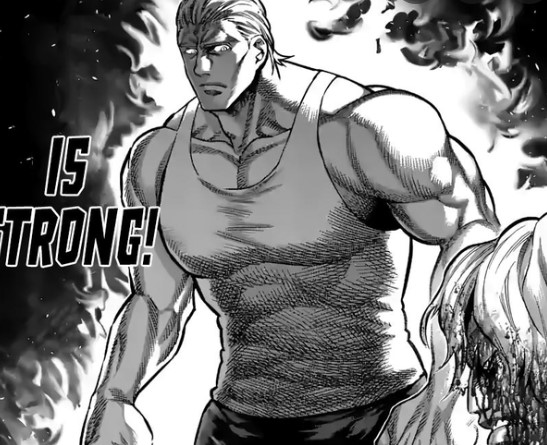 Rolón Donaire, The Monster of Manila, is the King and the strongest fighter of the Purgatory. His main style is Silat, and he used it with Pre-Initiative, which makes him dangerous. He used Silat much better than Misasa by making his core steady and rotating only his shoulder blades. Even Gaolang stated that his striking speed is possibly on par with his Flash.

There was a power ranking contradiction between Rolón and Fei, but here we ranked Rolón above Fei because of his ability to adapt to any situation. Like Kuroki, his main ability is to adapt depending on the opponent and strike accordingly.

He also has the knowledge of acupuncture points and knows where to strike to knock the opponent instantly. During the competition, he gave a tough fight to Tokita Ohma; however, Ohma took advantage of his Advanced and experience to knock him out. 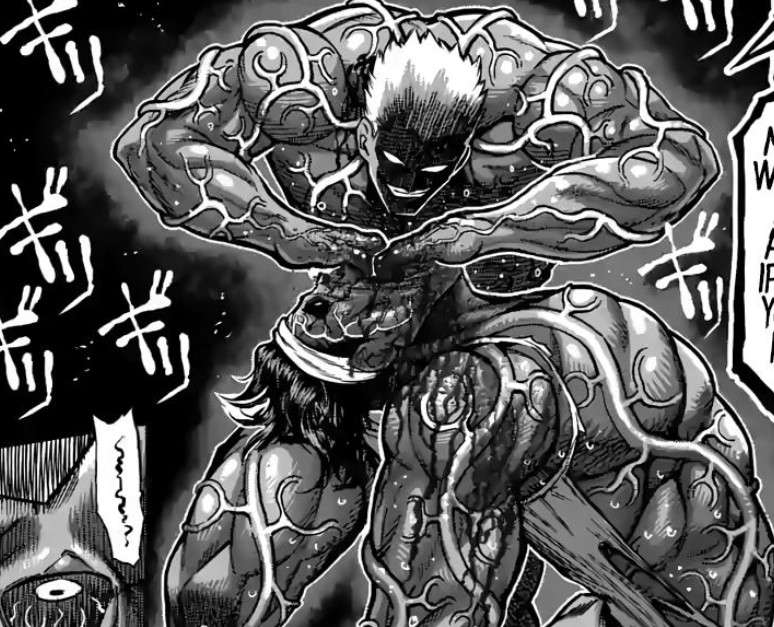 Raian Kure is one of the strongest fighters in the Kengan series. No one knows his limits; we haven’t seen him getting knocked by someone. In Ashura, Ohma luckily defeated him; however, in the Omega series, even after getting crushed by Edward, Raian was the one who ended his life.

During the competition, Ohma stated that in terms of physical strength and techniques, Raian had the upper hand. He has immense raw strength that he shredded Alan Wu in half with his bare hands.

Even Erioh commented that Raian would one day surpass himself when he was in his prime. Therefore, it is impossible to rank him; that’s why we have placed him in the eighth position. 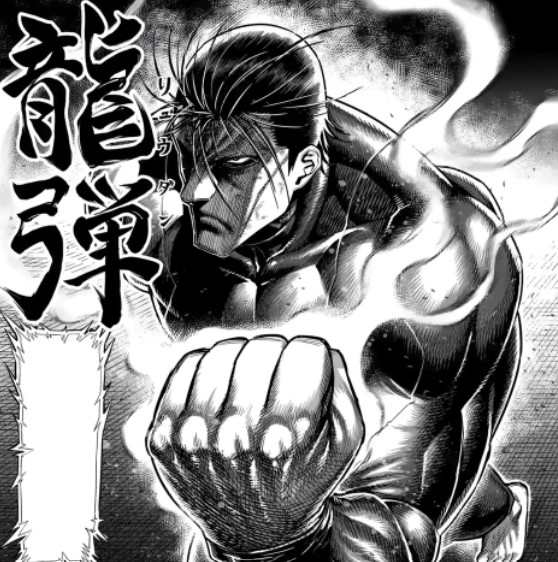 Agito Kanoh, the fifth fang of Metsudo, is the King of the Kengan matches. In the Kengan Ashura series, he alone eliminated top fighters like Gaolang and Hatsumi from the tournament. However, at that time, he was defeated by the strongest fighter ever, Kuroki Gensai.

He took his defeat personally and trained his technique for the next two years. His key technique is formless style, but now he relies more on his original martial arts and pre-initiative, making him more dangerous.

He is an incredibly powerful all-rounder fighter who loves to crush his opponent in their styles. In his lifetime, he was only defeated by Kuroki Gensai.

In addition, his Dragon Shot (one-inch punch) is considered one of the powerful techniques to take down any opponent instantly. He may be currently stronger than the fighters mentioned above. 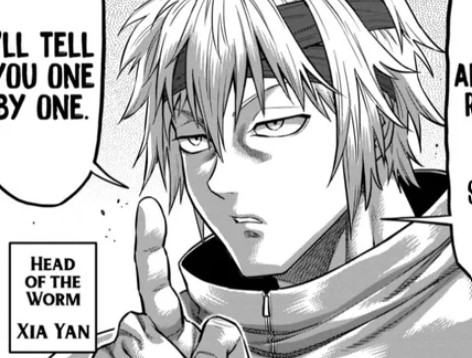 Xia Yan is the head of the Worm and Xia Ji’s brother. According to Ji, he is a Kung Fu expert. In the past, both Xia Ji and Xia Yan were supposed to be equally powerful; however, Xia Ji began to depend more on his men and weapons to eliminate someone.

He also started to forget his training and ended up becoming a loser. The Connector made a choice to appoint Xia Yan as the next head.

We witnessed Yan fighting along with Edward Wu and Fei in the recent chapters. It concluded that he is at the same level as them. Presently, the series has not unveiled much about him and the Connector. Therefore, we have ranked him in the sixth position. 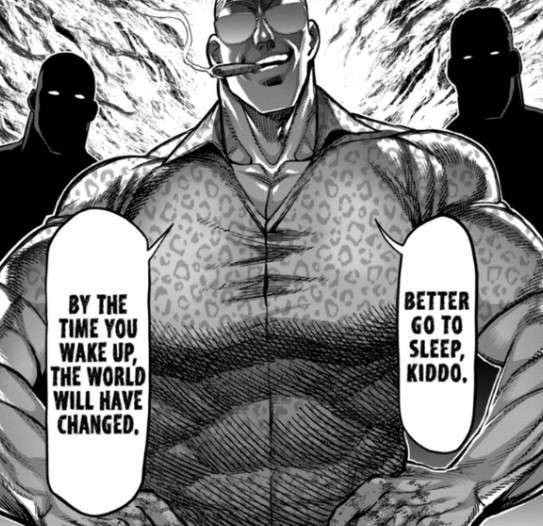 Edward Wu, The King of Hades, was the strongest member and the leader of the Westward Faction of the Wu Clan. He could use both Guihun and Huisheng, making him one of the most powerful characters in Kengan Omega.

Edward alone fought him against armed Kure Erioh, Wu Xing, and Raian Kure (in removal) and overwhelmingly crushed them. He took three elite assassins of both Wu and the Kure clan, a proper plan, and one sacrifice to eliminate Edward Wu.

No doubt, he was very strong to eliminate. If Ohma had fought him in a one-on-one fight, then maybe the outcomes would be different. We can estimate that Ohma is also on the same level as him. 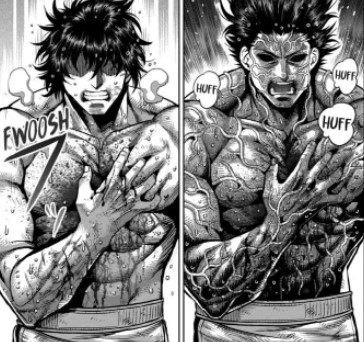 Tokita Ohma, the protagonist of Kengan Ashura, is currently one of the strongest fighters in the Omega series. After learning Kure techniques, getting a new heart, and knowing the efficient usage of Advance, he has become the greatest fighter.

Like Agito, Rolón, and Kuroki, he can also use Pre-Initiative along with the Kure style and the Niko style. Also, in the past two years, he learned to adapt and fight in any situation.

The thing that makes him the greatest is that no one knows what will be his next move. Here, we have placed Ohma above Edward because he has diverse techniques. 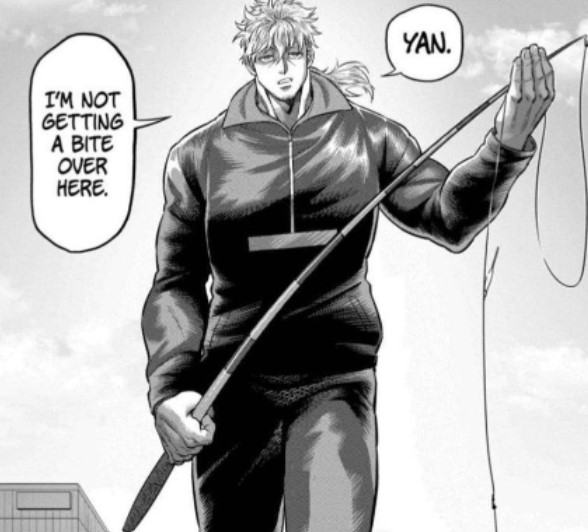 Shen Wulong, the Connector, is the strongest member and the original leader of the Worm in Kengan Omega. According to Xia Ji, there is a huge difference in strength between Shen Wulong and the other fighters.

No one would stand a chance against him. Presently, the series has not unveiled anything about him. Some fans are predicting that he is off-hyped the same as Rolón. Therefore, here we finalize to rank him in the third position. 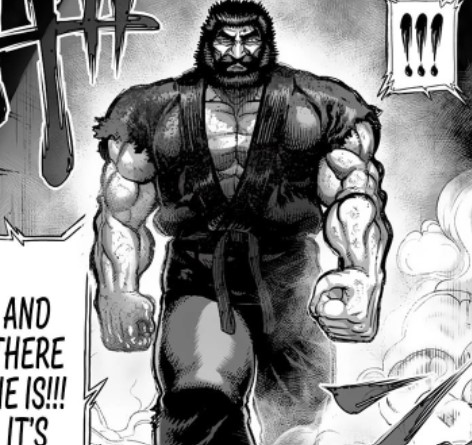 Kuroki Gensai, the Devil Lance, is the strongest fighter in both Kengan Omega and Ashura series. He was the winner of the Kengan Annihilation Tournament. He is an undefeated fighter who is the master of the Kaiwan Style.

Kuroki is known for defeating many renowned and powerful fighters. Even the High Priest of the Daisen Temple remarked him as the avatar of a Wisdom King who is impossible to defeat.

He even undergoes intense training to master his technique. He was the only fighter in the Kengan Annihilation Tournament who took the minimum damage by the end of the tournament and eliminated the strongest fighters like Ohma, Agito, Rei, and Kiryu.

According to Kuroki, no technique is strong or weak; the ability to make the right move at the correct time makes anyone strongest.

He does not have Removal, Advance, Guihun, Huisheng, and different fighting styles; still, he is the strongest because he is very calm and knows his next move depending on the situation. In our opinion, the opponent who can overpower in a one-on-one fight is Evil Niko. 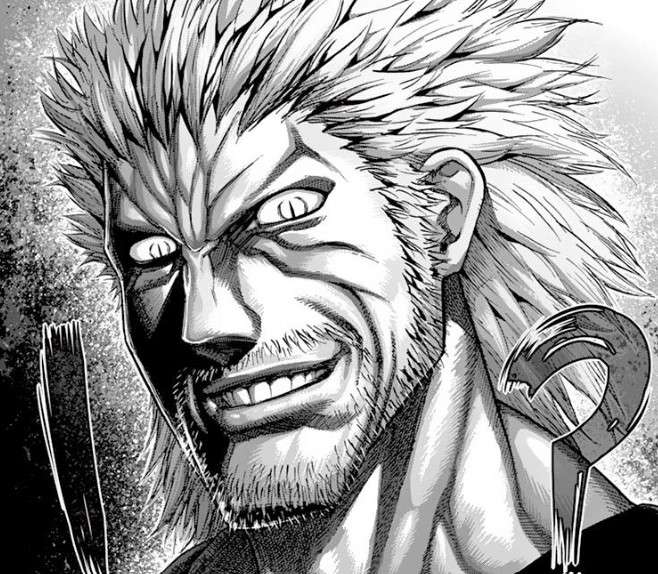 Evil Niko is the antagonist and the strongest fighter of the Kengan Omega and Ashura series. Like Kuroki, he always indulges himself in training. He is the most experienced fighter in verse and every time thinks of evolving his technique even further.

For this, he trains countless students and does his experiments on them. And from their experiences, he learns and grows. He is currently the only master of the Niko style.

Even Muteba Gizenga, the professional assassin, warned that no one could defeat Evil Niko. With a lot of experience, in our opinion, Evil Tokita Niko is the strongest fighter in both Kengan Ashura and Kengan Omega.

Below we have mentioned some special fighters that are/were also very strong, but due to lack of information and role in the original series, we decided not to mention them in the list. These are:

Gaoh Mukako: He was the last master of the Gaoh Style and the founder of the Niko Style.

Tokita Niko: He was Ohma’s teacher and the master of the Niko Style.

Kureishi Mitsuyo: He is Imai Cosmo, and Adam Dudley’s master and a professional MMA fighter

Narushima Joji: He is the 6th Dan Rokushin Kaikan karateka and formerly one of the Rokushin Three.

Tatsuyoshi Katsuya: He was the Strongest Mongoloid.

Here, we conclude our article on “Top 10 Strongest Fighters in Kengan Omega (and Ashura).” We hope you like this ranking. We will be back with the next post. Fans can watch Kengan Ashura series only on Netflix. Till then, stay tuned with us and read the articles below.