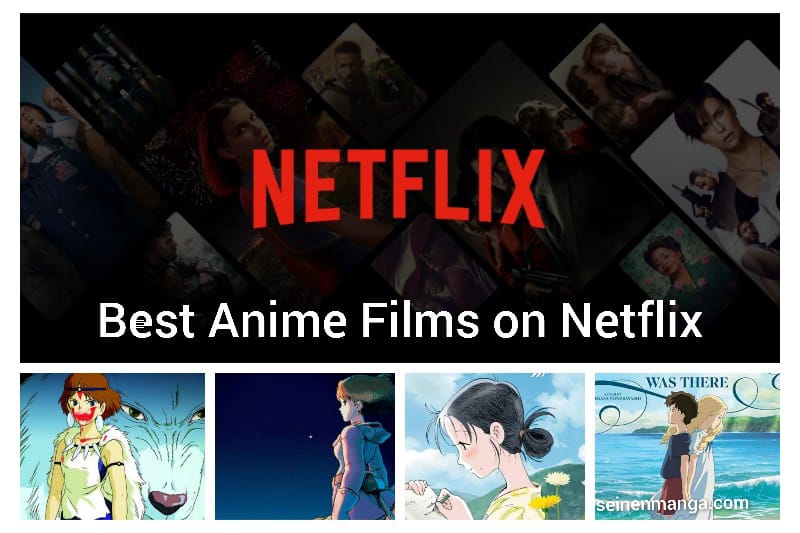 Presently anime has become quite popular not only in the USA or Japan but in other countries too. Hence, for the change, this time, we have ranked the Top 15 Best Anime Films on Netflix UK of all time. The ranking is also done based on IMDb ratings of a particular anime movie.

Also, the selection of the anime movie is not biased on any studios. From Studio Ghibli to Tokyo Movie, we have tried to mention the anime movies of every famous studio. The post is primarily for UK fans. They can easily access these popular anime movies only with a Netflix subscription. So, without any further discussion, let’s begin.

This movie displays the plot before the beginning of the original Pokemon series. The origin of the Legendary Pokemon, Mewtwo. Doctor Fuji and Giovanni created the most potent weapon, Mewtwo, based on an eyelash from the legendary Pokémon Mew. Later on, Mewtwo recognized that he was created as a weapon to work for Giovanni. Therefore, he ran from the laboratory and decided to eliminate humanity.

All the Dragon ball lovers have already seen this movie. Dragon Ball Z: Resurrection ‘F’ movie shows the continuation of the plot after the Dragon Ball Z series. Frieza is revived in this movie by his remnant army, led by Sorbet and his right hand Tagoma. Not only restored, but he has also modified himself now in Golden Frieza. Goku has to surpass himself one more time to save the Earth from his terror.

From Up on Poppy Hill has a sweet story. Umi Matsuzaki, a girl who carries out many minor duties for her family and also studies in a local high school. One day, Umi meets Shun Kazama, a student and a poet in the school’s newspaper club, and she starts to fall in love with him. However, Shun is an orphan who doesn’t know about his parents. So, they both try to investigate his past. But things change when they find a possibility that Shun may be Umi’s brother.

Sword Art Online is a gaming anime. It has a story of a future where people can play virtual games on a popular device called Augma. It’s safe, and players can choose their own fantasy roles to play games and earn rewards. It is also one of the great anime movies available on Netflix UK.

“When Marnie Was There” is an anime movie with a mysterious drama and great suspense. It’s a story of a young girl, Anna Sasaki, who has asthma. Doctors recommended her to live in the countryside. She has a passion for sketching. One night she meets a mysterious, charming girl, Marnie, who lives in the Marsh House. They slowly become friends and begin to enjoy life with many adventures. However, in the end, Anna discovers the truth about Marnie.

The story of a master thief and a princess whose fates are entwined with an ancient castle. Arsene Lupin III, a master thief who robbed a casino with his partner, Daisuke Jigen. But later on, they discovered all the bills were counterfeits. To investigate, they head on to the Castle of Cagliostro, where they meet a princess, Clarisse d’ Cagliostro, who is in trouble. Lupin decides to help her, and from then the story begins.

This Netflix animated movie has a plot showing the suffering of ordinary people in the war. It shows the struggle of an 18 years old kind-hearted bride, Suzu Urano, who has to live daily life with her new family in an unfamiliar environment where war reaches her own backyard. The dark clouds of the conflict between the USA and Japan are now on the ordinary Japanese people. Now Suzu has to protect her family from the war.

If you are searching for some action and supernatural movie on Netflix, then Akira is best for you. A child with a psychic power destroyed Tokyo city in the past. The plot begins years later; gangs and bikers rule the new city of Tokyo called Neo-Tokyo, and they are revolting against the government. The protagonist Shoutarou Kaneda who is the leader of a biker group called Capsules. However, things change when he discovers that he has some mysterious abilities.

Nausicaä: Valley of the Wind is also one of the best anime movies on Netflix UK. It has an interesting plot in which humankind is on the verge of extinction due to nuclear war and the treacherous jungle. Only far away, a peaceful farming kingdom, Valley of the Wind is the only known safest place on Earth to survive. However, one day the battle reaches them when an airship from the kingdom of Tolmekia crashes in the valley. Now the princess, Nausicaä, decides to save everyone in her kingdom from the external war.

My Neighbor Totoro is the most famous and most loved anime movie of Studio Ghibli available on Netflix UK. This movie won Best Film, Ofuji Noburo, and many other awards. It has a sweet plot fantasy plot. It’s a story of the 1950s where two little girls Satsuki and Mei, meet a giant adorable monster, Totoro, in the jungle. Soon they befriend Totoro, and after that, their lives are filled with magical adventures in the woods along with Totoro and the forest spirit.

Howl’s Moving Castle is a story of a beautiful girl and a handsome wizard. One day, an ordinary beautiful girl named Sophie’s life changed when a witch turned her into a ninety-year-old woman. After that, she went on a journey searching for Howl, a handsome and most powerful wizard. And during her journey, she meets Howl’s Moving Castle and his apprentice. From there, her adventure life begins.

A Silent Voice is the best anime film on Netflix UK if you want a slice of life. It is also my favorite anime movie. The story revolves around a young elementary school boy, Shouya Ishida, who likes to make fun of Shouko Nishimiya, a deaf girl, along with other students. However, after transferring of Shouko to another school, everyone, including teachers, blames Shouya for this incident. In the third year, Shouya sets out on a journey to make amends with her.

Princess Mononoke is a fantasy anime that display the reality behind the connection between technology and nature. The story follows when a brave young prince, Ashitaka, puts his life in danger to save his tribe from the demon boar attack. After defeating, the beast cursed him. According to the curse, the prince can use the demonic powers now, but it will siphon his life away. So, to treat this, he travels to the west, where he finds the clash between humans and nature. Now, he has to solve his problem along with a beast inside him.

Your Name is one of the best romance dramas. It is a story of a girl, Mitsuha Miyamizu, who lives a peaceful life in the countryside, and a boy, Taki Tachibana, who lives a busy life in a Tokyo city. One day, Mitsuha wakes up in Taki’s body, and the same happens to Taki also. Now their lives are swapped. Mitsuha has to attend high school, whereas doing the part-time job in the hurry life of the city, whereas Taki has nothing to do. They both set a journey to find one another.

The best anime films on Netflix UK is Spirited Away. It has a fantastic fantasy plot, revolves around a girl named Chihiro. One day his family took a shortcut and ended up in an unusual place across the flooded river. They decided to explore the place. Later on, after eating the cursed food, Chihiro’s parents turn into pigs, and she is trapped in the Spirit World. A boy named Haku warns her that if she forgets her name and she is trapped permanently in this Spirit World like him.

This concludes our ranking list on Top 15 Best Anime Films on Netflix UK of all time. Fans who desire to access Netflix UK can use VPN to satisfy to add these Netflix anime movies to their must-watch list. We will be back with another ranking article. Till then, stay tuned with us.