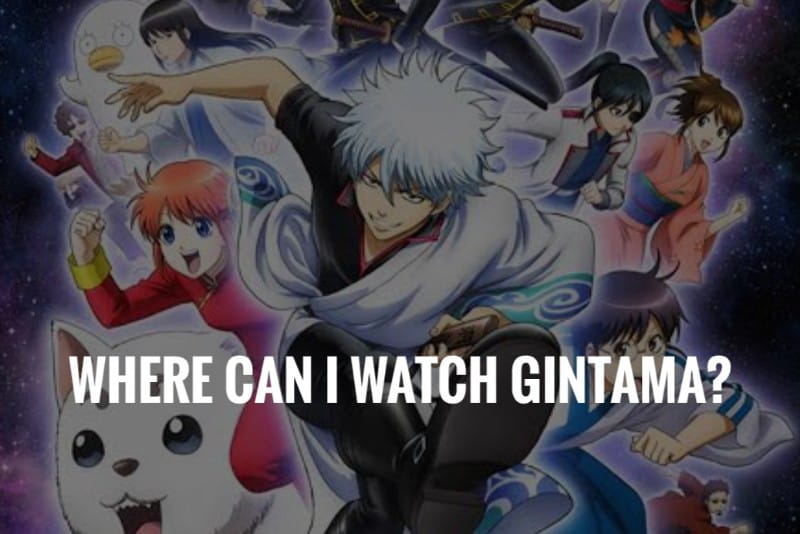 Gintama is the most popular comedy-action animated series worldwide. It has also shown a glimpse of much popular anime as a parody which fans loved the most. Presently, a question surfaced on various discussion hubs regarding the availability of Gintama anime on legal platforms. It reveals that many fans are facing problems with where and how to watch Gintama.

Apart from Crunchyroll, Hulu has only Gintama Season 1 in English dub and sub under the paid section. And right now, Funimation does not have any rights to broadcast Gintama anime.

Later in this post, we have explained more about where and how to watch Gintama and its movies in detail. So, without any further delay. Let’s begin.

Where can I watch Gintama Legally?

Fans can watch all seasons of Gintama legally on Crunchyroll and VRV. Gintama has 10 seasons with a total of 367 episodes. The anime was completed in 2018. Crunchyroll has legal rights to broadcast Gintama in English sub under the ad-support format.

It means fans even do not have to register an email id to watch Gintama. However, the only catch is that Crunchyroll has merged all seasons of Gintama under four sections. Therefore, you have read the Gintama watch order before proceeding on either Crunchyroll or VRV.

Excluding Crunchyroll, other services also offer Gintama but not all episodes. Below we have discussed this in detail.

1) Is Gintama on Netflix?

2) Is Gintama on Funimation?

No, right now, Funimation does not own any rights to broadcast the Gintama series. Funimation subscribers can advance to Crunchyroll or VRV to watch all episodes without spending money.

Also, in the future, both Funimation and Crunchyroll will merge, allowing users to watch their favorite anime under either Crunchyroll or Funimation premium membership.

Yes, Gintama is available on Hulu, but only in Season 1. Hulu subscribers can watch Gintama Season 1 (Episodes 1-35) in both English dub and sub. However, after completing Season1, they can shift to either Crunchyroll or VRV to finish the remaining episodes.

4) Is Gintama on Crunchyroll­?

Yes, ­­­Crunchyroll is the only legal platform to watch all 367 episodes of Gintama without any cost or email id. If you already have a Crunchyroll premium membership, you can watch this series without any ad interruption.

But a non-premium member can also enjoy watching with ads. On the other side, VRV offers the same Crunchyroll library; therefore, Gintama is also available on it.

5) Is Gintama on Amazon Prime?

Amazon Prime (US) has only Gintama: The Very Final movie. Fans can digitally purchase this movie for only around $20. In a nutshell, Amazon Prime is not a better option to watch Gintama.

How to watch Gintama in order?

Crunchyroll and VRV are the only legal platforms to watch Gintama all episodes. However, before proceeding, you have to check whether the anime is available on your countries’ Crunchyroll or not. If not, then below, we have mentioned the steps on how to watch Gintama.

Here is the best chronological order to watch Gintama in 2022.

There are 367 episodes (excluding OVAs) of Gintama with 24 minutes each. Therefore, the total time required to complete this anime is 367*24= 8808 minutes or 146.8 hours or 6 days approximately.

Where can I watch Gintama the Final?

Gintama Movie 3: The Final is available on Netflix (Japan) and Amazon Prime (US). Fans can choose any of the platforms according to their convenience and budget to watch this movie.

Here, we conclude our article on “Where can I watch Gintama legally.” We hope you like this post. We will be back with another article. Till then, stay healthy and tuned with us.

Where can I watch My Dress-Up Darling? Guide 2022