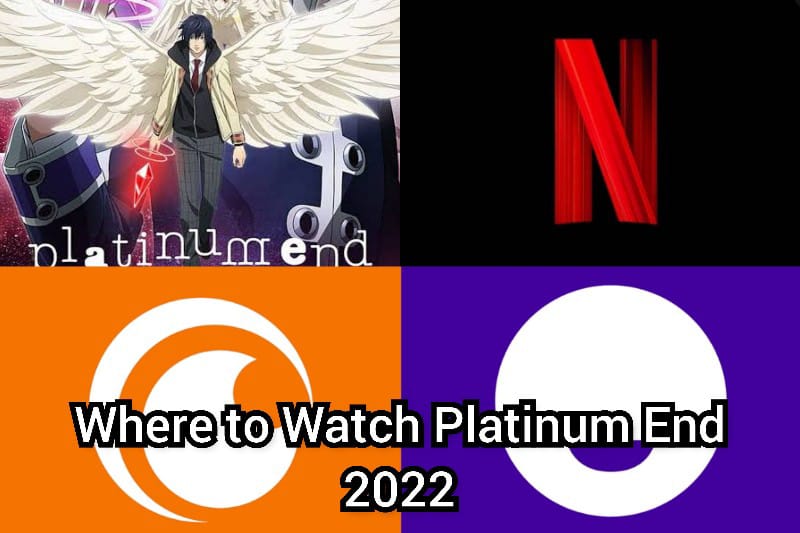 Platinum End is one of the most popular running anime. It has a supernatural and psychological theme that fans love the most.

Now, after the release of 19 episodes, fans are craving to binge-watch Season 1 altogether. So, if you have the same query, you’ve visited the right page.

However, the catch is you have to purchase the premium membership to watch Platinum End on any platform.

Later in this post, we have explained more about Where and how to watch Platinum End anime in detail. So, without any further ado, let’s discuss.

Where can I watch Platinum End anime?

Platinum End is presently available on Funimation (US), Crunchyroll, Hulu, and VRV under the paid section for both English dub and sub. 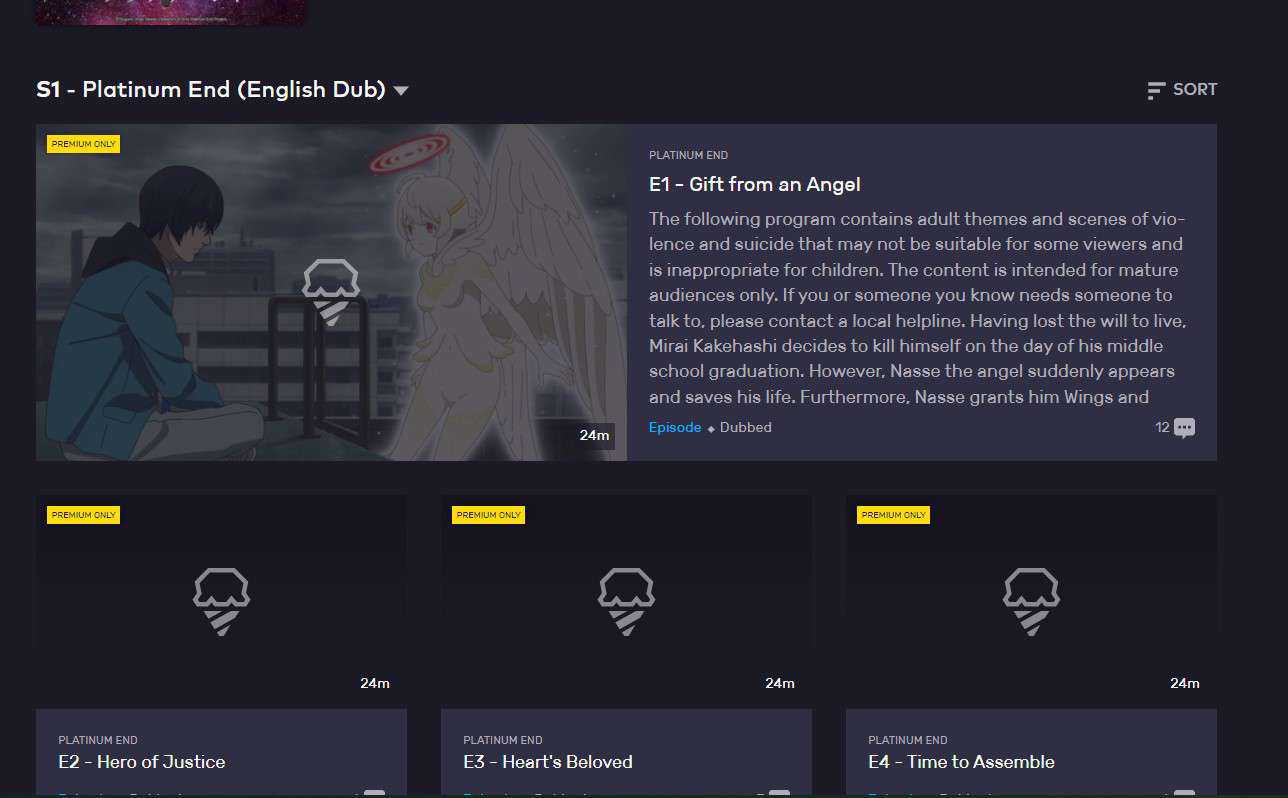 On Crunchyroll (US) and VRV, Platinum End is obtainable in various dub languages (Spanish, English, Portuguese, German, and French). However, even to watch in the original Japanese audio, fans have to pay for Crunchyroll premium membership.

Not only this Platinum End is also available on Netflix but only in Japan. Netflix subscribers can either advance to the other official anime streaming services or purchase the best legal VPN in the market.

1) Is Platinum End on Funimation?

Funimation has the license to translate Platinum End in English across North America. Crunchyroll, Funimation, and Medialink are the legal networks to translate and broadcast this anime worldwide.

The original networks of the Platinum End series are TBS and BS11.

2) Is Platinum End on Crunchyroll/VRV? 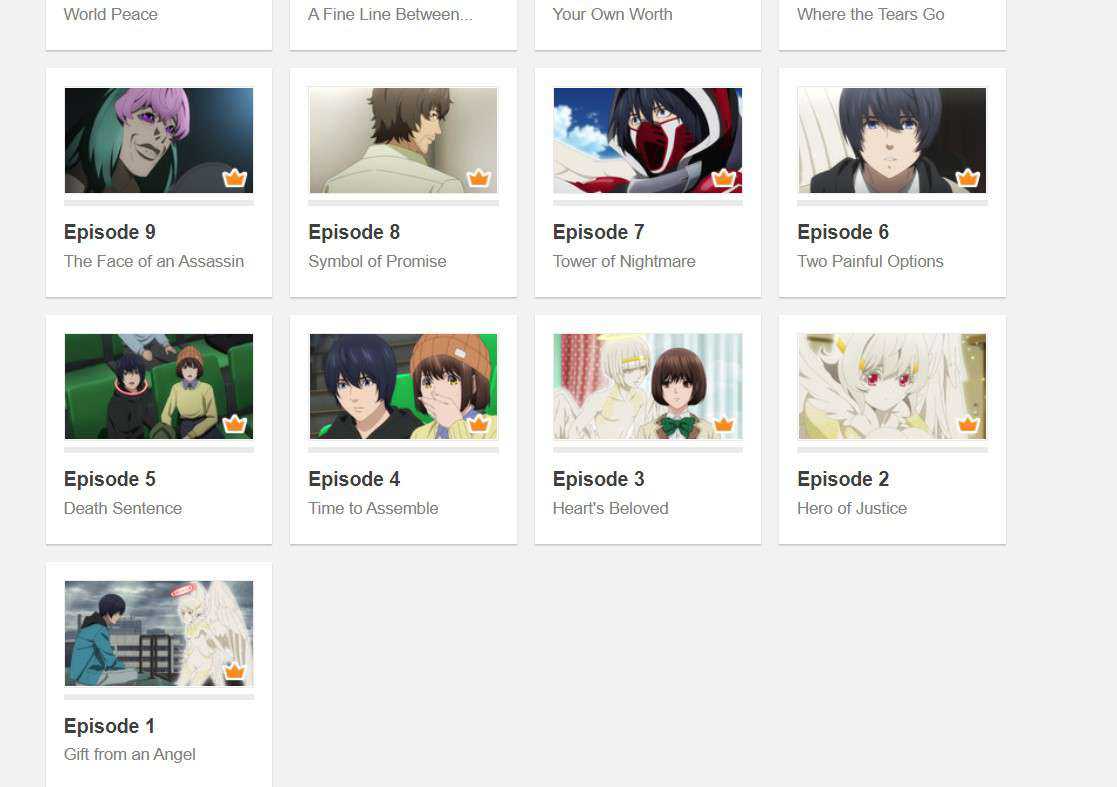 Yes, Platinum End is available on Crunchyroll or VRV. Here we are taking only the reference of the US region.

It means you have to check whether it is obtainable on your countries’ Crunchyroll or not. If yes, purchase Crunchyroll membership and for the opposite, visit the article below.

3) Is Platinum End on Netflix?

Netflix (Japan) has Platinum End Season 1 all episodes. Netflix has rights to broadcast this anime but presently, only for Japan.

It means maybe in the future, fans can watch this anime on Netflix. However, currently, Netflix subscribers either have to shift on Crunchyroll or Funimation or have to purchase a good VPN to get access to Japan.

How to watch Platinum End?

Fans from the other regions first have to purchase a good VPN then advance for Funimation or Crunchyroll.

Platinum End has 19 episodes, and each episode is 24 minutes long. Therefore, the total time will be taken to complete the anime is 456 minutes, i.e., 8 hours approximately.

Here we conclude our article on, “Where can I watch Platinum End anime in 2022.” We hope you like this guide. We will be back with another article. Till then, stay tuned with us and read the articles below.

Platinum End has the story of a boy Mirai Kakehashi who is living with his uncle and aunt after his parents passed away.

His relatives make his life filled with pain and despair. One day, Mirai decides he cannot take anymore and eventually push his life to the brink. Luckily, he is saved by a Guardian Angel called Nasse.

Nasse grants him godly powers through which he surfaces that his uncle and aunt were the reason behind his parents’ accident.

So, he put justice upon them. Now Nasse informs him that God will retire in 999 days, and he is the chosen one among the thirteen other candidates for the next God. So, Mirai has to practice his own powers to eliminate his opponents.

Where can I watch “The Strongest Sage With the Weakest Crest?” Guide 2022