Online, we regularly come across anime clips that immediately grab our attention. The constant scrolling swiftly eliminates any desire we might have had to save it for later. Because we can only recall the first letter of a name, we look for any anime character whose name begins with that letter online. As a result, we’ve compiled a list of 20 Charming Anime Characters that start with M (2022). This list includes anime characters who are both male and female. So without any further delay, let us get started with our article for today. Meliodas is more than three thousand years old, making him much older. In comparison to other characters, he is incredibly short and has blond hair that is unkempt and emerald eyes. He doesn’t have facial hair, which emphasizes how young he looks.

Despite his short stature and youthful appearance, he is fairly muscular, with a wide range of well-developed abdominal muscles. When Meliodas sees the Rust Knight, subsequently identified as Elizabeth Liones, he maintains his composure, displaying his honesty and complete lack of fear. Makarov is a very old and short man. He has black eyes, and the only white hair on his head is on the edges of his balding skull. In addition, he has a long, white mustache.

The Fairy Tail guild mark is imprinted in black across his entire chest region. Precht chose Makarov as his successor and to assume the role of Guild Master of Fairy Tail because he is a person who is able to love and believe in people. Madara had black hair that was spikey and slightly blue-tinted, and he had fair skin. His hair was chin-length when he was young and parted to frame the sides of his face. Madara was a product of the times he grew up in.

The continual fighting made him a perfectionist who would practice something until he was good at it, and his victories on the battlefield gave him great confidence in his skills and talent. Madoka wears goggles on top of her head and has short maroon hair that falls to her face but reaches to her shoulders in the back. Her eyes are a striking blue.

She is shown to Gingka and his companions as a kind and maternal figure. For instance, Madoka frequently tries to correct the boys’ behavior because she believes that manners are vital. She fixes and examines Beyblades as a Beyblade mechanic. Maes Hughes is a tall, slender man who contrasts his sharp military uniform with his jokingly spiky hair that ends in a distinctive forelock, thin chinstrap of a scruffy goatee, and rectangular eyeglasses that are framed in front of his hazel eyes.

Maes’ disposition is unmistakably kind and upbeat, even to the point that his closest friends find it aggravating. The most striking aspect of his personality is his fanatical adoration of both his wife Gracia and his young daughter Elicia, who is three years old. Mai has long, black hair with bangs, blue eyes, and a medium height. She frequently sports red lipstick and eye makeup. In spite of the circumstances, Mai is devoted to Emperor Pilaf and obeys his orders throughout the entire series.

Although smart, Mai occasionally makes mistakes and forgets things. Although she gives off the impression of being the most solemn and reserved member of the group, she frequently acts as Shu’s comic relief because she is easily alarmed. Matt often sports a red and black striped shirt, blue pants, and brown boots. He has brown hair and blue eyes. He frequently appears with a pair of goggles with amber-colored lenses.

At the orphanage, Matt kept to himself and mostly observed others around him. Because of this, Matt has developed excellent observational abilities, which are demonstrated to be expected when applied in the crime scene investigation scenarios he experienced while a resident at Wammy’s House. Majari stands out from most male and female characters since she is elegant and dressed in empirical attire. He has sported bone-like protrusions for the shoulders, boots, and chest area of his skin-tight green costume, along with purple lipstick and a bottom that resembled a frock.

Majari despised people, labeling Kuwabara a “pathetic creature” and a “stupid.” His overconfidence both prior to and during the combat proved to be his downfall. 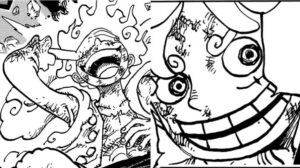 Monkey D. Luffy is the protagonist of One Piece and one of the most charming anime characters that start with M. his whole family Monkey D, garp and Monskey D. Dragon are the most significant characters in the series.

Undoubtedly, this article would have been incomplete if we hadn’t mentioned Luffy. No only this, he is also considered to be best character after Naruto and Goku in the anime verse.

Everyone likes him because of his pure childish behavior. Presently, he revealed his Godly strength in the One Piece series after awakening his devil fruit powers. Makintaro had extraordinary strength, and as a little boy, Kintaro used just his bare hands to fight big, intimidating monsters. He belonged to royalty and had long black hair and skin that was golden in tone.

Makintaro’s fundamental characteristics are overconfidence, anger issues, and aggression. He lacks strategy in his approach to combat, a trait Kuwabara also possesses.

Makintaro began screaming hysterically in fear as he watched Hiei quickly amputate his own left arm, indicating that he had an extremely fragile nervous system. On our list of 20 Charming Anime Characters that start with M, we have MakubeX, who was found when he was a child in a sack. Only his last name is known because it was inscribed on the bag itself.

His “name” is usually written in romaji, and he later became known as MakubeX, with the “x” standing for an unknown variable. MakubeX is a brilliant hacker who can control computers to perform whatever he wants. Gen had first been his teacher, but he quickly exceeded him in ability. Malachite was responsible for trapping the Sailor Scouts in a dark energy field. However, Sailor Venus appeared and attacked Malachite with Venus Crescent Beam Smash, breaking the forcefield. On our list of 20 Charming Anime Characters that start with M, we have Manten, who is a fairly unattractive demon with characteristics that are almost reptilian and a big bald skull.

He wishes he had his brother’s hair because he thinks it will make him more attractive to women. The back of his head does have a little braid, though. Manten is a ruthless and terrifying demon-like brother. Manten can fly by perching on a cloud of thunder he produces. On our list of 20 Charming Anime Characters that start with M, we have Maria, who was a young, slender human female with blonde hair that reached her shoulders, peach skin, and blue eyes.

A blue hairband kept her waved hair in place. Maria was a contented and upbeat young lady. She didn’t let it stop her from going about enjoying her life and looked ahead in the hope that she would get better and see what the world had to offer. Marlene was one of the fortunate few to make it to Second Earth after becoming orphaned at the age of ten after her parents were slaughtered by the Blue. Marlene has worked hard and trained since then to defeat the Blue.

Although Yuji first came across as quite cruel and cold, as time goes on, he begins to show Marlene his emotions, and a bond is formed. Everything Marlene was taught to believe in starts to crumble as her emotions start to reappear. On our list of 20 Charming Anime Characters that start with M, we have Blackbeard, who is exactly twice as tall as Luffy (pre-time skip), and he has a dark complexion.

He has a huge frame because his body is spherical, and his limbs are quite skinny. His large mouth is filled with multiple cracked or missing teeth. Blackbeard seems to have a peculiar blend of bravery and cowardice, as well as a high level of intelligence and idiocy. Mavis treats Fairy Tail with kindness and defense. Every chance she gets, she looks out for, mentors, and defends the guild. She frequently flashes a smile and appears to be in a good mood. Mei is a diminutive young woman of Xingese descent with fair skin, dark eyes, and dark braided hair that ends in two buns on either side of her head and cascades down six strands to her knees.

Mei is a lovely young lady with incredible inner strength. She is incredibly brave, independent, and smart. This is demonstrated by the fact that she did something that very few individuals have been able to do—cross the desert between Amestris and Xing with only her buddy Xiao-Mei by her side. On our list of 20 Charming Anime Characters that start with M, we have Minato, who has spiky, blond hair and blue eyes. He has bangs that frame each side of his face at the jawline.

Minatoias is a calm, subdued individual. He is regarded for being very observant and cunning and for never acting without cause. He would occasionally take advantage of the fear his reputation caused in competing communities, but even then, he would show respect to his adversaries. Megumi is a tall boy with spiky dark blue hair and light green eyes. Megumi, who appears calculating and austere, actually wants to assist in defending those he believes to be decent or nice.

He thinks that because the world is unfair, sorcerers are used to making sure that good people have a better chance of survival. He does not consider himself a hero for doing this, claiming it to be his selfish and unreasonable wish.

Hope you all enjoyed reading our article on List of 20 Charming Anime Characters that start with M (2022). Stay connected to our platform, as we will be back with more interesting articles in no time. Till then, stay safe and be happy.