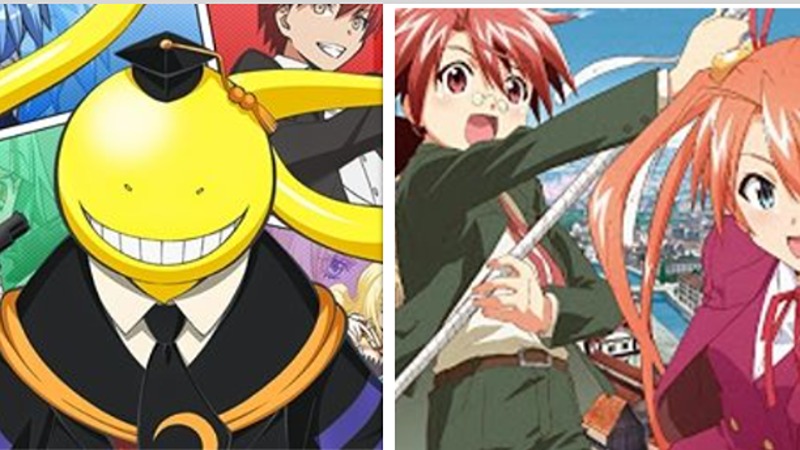 The relationship that exists between a teacher and a student is one of the most precious ones and has been used by several authors in their work. With a wide spectrum of anime that brings out a teacher’s life, a common question arises as to which are the best ones to watch. Therefore in this article, we are going to talk about the Top 10 Anime where MC is a Teacher/Master(2022). To know more about the anime series, continue reading this article. Without wasting any further time, let us begin with our article. 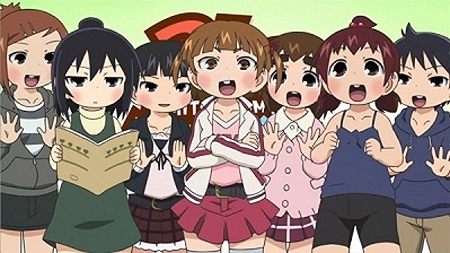 In the 10th position on our list of Top 10 Anime where MC is a Teacher, we have Mitsudomoe, by the famous Norio Sakurai. The series is all about the adventurous journey of three Marui siblings along with their new teacher Satoshi Yabe.

The three siblings have different personalities. The elder one is a sadist, the middle one is an athlete, and the younger one is very calm and gentle. The three led their teacher and the nurse who was appointed. This is a comedy series and is loved by anime lovers. So, we have mentioned it in the 10th position. 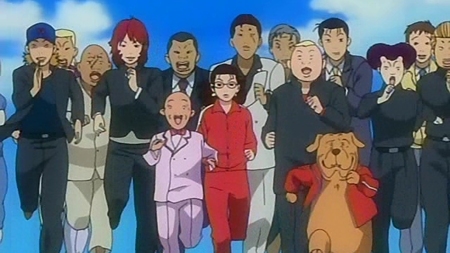 Following up, we have the anime named Gokusen, which is about a girl named Kumika Yamaguchi, who is really smart. She started her work as a math teacher, but on seeing all the boys in the high school, she understood that they were spoilt kids with no motive for improving themselves.

Kumiko was the head of the acting yazuka clan. She could deal even with the strongest thug, but to retain her job, she hides her powers. This series is a very dramatic series as so we kept it in the ninth position. 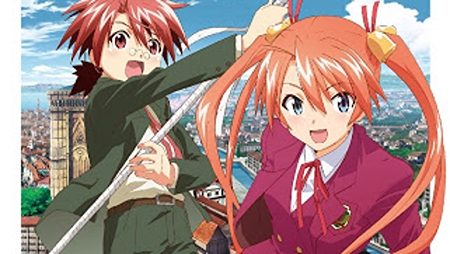 Coming up, we have the series Negima, which is about a boy named Wizard Negi who was doing his training in Japan at the Mahora Academy. While he could get his Masters in magic, class 3-A’s girls kept him awake by making him study intensively.

As the night prevails, he needs the student’s help to get rid of the monsters. This adventurous series has a touch of supernatural in it, so fans love it. 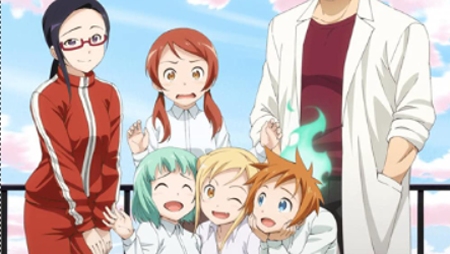 In the 7th position on our list of Top 10 Anime where MC is a Teacher, we have Interviewed with monster Girls, written and illustrated by Petos. The series tells us about the biology teacher Tetsuo Takahashi who loves “Ajin.”

He thinks that unless he interacts with the demi, the facts about them will remain to be a secret. To learn about them, he decides to get in touch with the three Ajin students. Due to its amazing story plot, the series is loved so much by anime lovers. 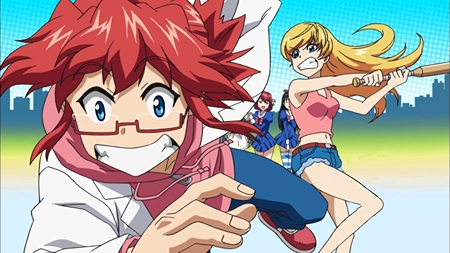 Next in line, we have Ultimate Otaku Teacher, written and illustrated by Takeshi Azuma. The series shows us the life of Junichirou Kagami, who has an illness to do what he “Yearns to Do.”

To excel in his anime world, he decided to quit his career of being a scientist. He then started to teach Physics in a high school. With the help of its amazing storyline, this series has managed to be one of the favorites, and so we have mentioned it in the 6th position on our list. 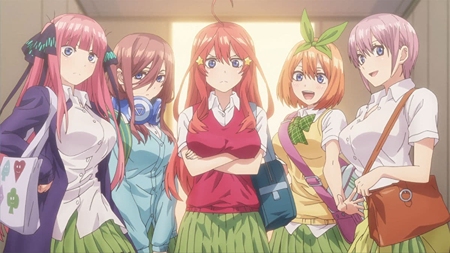 Our protagonist here, Fuutaro Uesugi, is a high school student whose life centers around loneliness and financial problems. One fine day, an argument with a fellow female classmate sets both of them on an off note.

The needles of the clock turn, and Uesugi gets an opportunity to clear his family’s debts by being a tutor to a girl from a very wealthy family. As fate would have it, the girl turns out to be the same girl from school and reveals a quintuplet.

With a romantic storyline intertwined with comedy, this anime imbibes the true essence of a teacher’s struggle to help out his student. Therefore, we have ranked it in the fifth position. 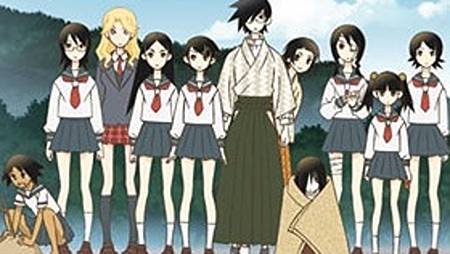 Revolving around a pessimistic teacher with suicidal tendencies, Sayonara, Zetsubou- Sensei embeds into itself various slices of the Japanese facet of education and culture through the protagonist, Nozumu Itoshiki, a high school teacher.

Sayonara, Zetsubou- Sensei is satirical humor bearing stark similarities with present-day education and reflected through the student-teacher interactions between Nozumu and his students. A contemplation of real-life aspects, this anime becomes a must-watch and hence, given the fourth place on our list. 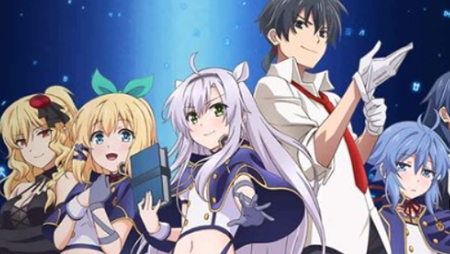 In the 3rd position on our list of Top 10 Anime where MC is a Teacher, we have Akashic Records of Magic Instructor. The series shows the life of Sistine Fibel, a student at the magical academy. She always wanted to be taught by her favorite teacher, who got retired at that time.

The teacher in replacement was not what she had expected, with no skills at all. The series portrays the blunder of the students and the teacher, with the pasts of each one coming in between. With its fantasy storyline, it is a must-watch for all the anime fans and so is kept in the third position. 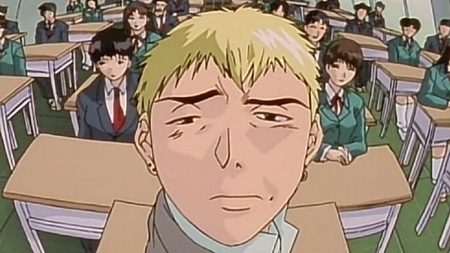 Following up, we have Great teacher Onizuka, written and illustrated by Tooru Fujisawa. The story tells us about Eikichi Onizuka, who wants to get a beautiful school wife when she turns old. So, he lands up taking a job at the Holy Forest Academy as a homeroom teacher.

But the students there, with their evil plans, force any teacher appointed to quit the job. The series is full of drama as it shows how fun life at school could be when you have such amazing teachers like the Onizuka. This is the reason why this series is loved so much by the fans. 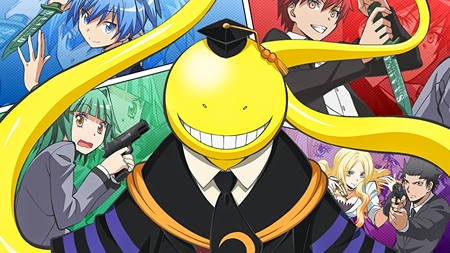 In the 1st position on our list of Top 10 Anime where MC is a Teacher, we have Assassination Classroom written and illustrated by Yusei Matsui. The series is all about the daily life of an influential person working as a teacher.

To stop the Earth from being collapsed, the students were supposed to assassinate the teacher. The series also shows how the students stand against the unfair laws to fight their own problems. This series has a very emotional storyline with highly engaging content, and so fans love this anime. So, we kept it in the first place on our list.

Hope you all had a great time reading our article on the “Top 10 Anime where MC is a Teacher/Master(2022)”. To read more such informative articles, stay connected to our website. Till then, stay safe and have a good time.