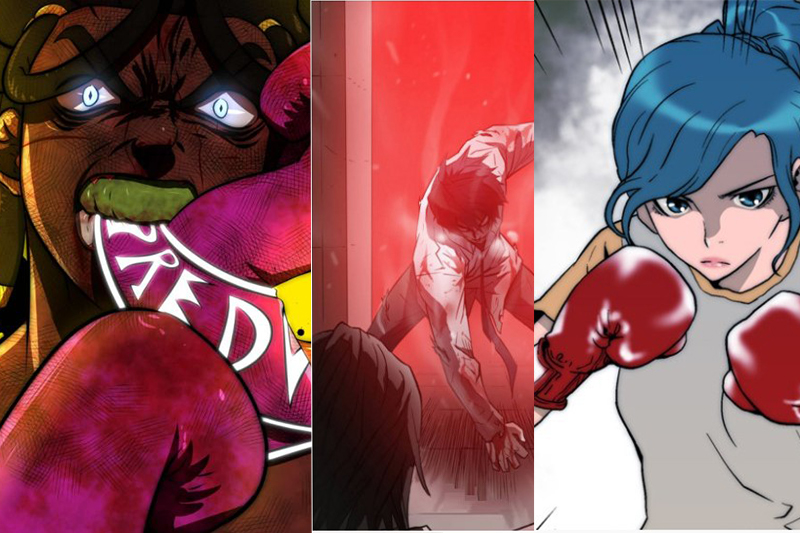 Sports webtoons are underrated on top of that, Boxing webtoons. The boxer webtoon brought light to the boxing webtoons. It has become popular due to its amazing story and art. A strong protagonist, despite being pulled down, keeps growing. The Boxer webtoon sheds light on how things are in real life.

To help you find more boxing webtoons similar to The Boxer or webtoons with the same idea, we are listing the Top 6 Best Boxing Webtoons like The Boxer (2022). These webtoons have elements along with Boxing, which makes them an amazing read. 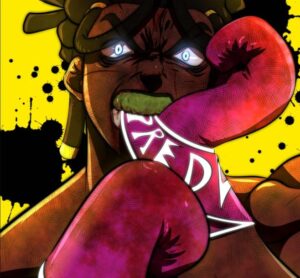 Hand to Hand is a Boxing Webtoon about Two prodigies going against each other to settle it all at once. This is not an ordinary fight. When this is over, these two prodigies will leave the ring as grown fighters.

On one side, we have Khalil Galapagos, famously known as The Baby Shark. For him, the ring is the water, and he is the fastest shark preying on the fish. Shark has a record of 3 wins and is undefeated under his belt.

His Boxing style is a mix of more than one fighting technique. On another side of the ring, we have Xavier Razor. His ring name is Razor.

He has won 2 matches so far and is new to this tournament. Razor was a well-known fighter back in his hometown. His boxing style consists of a fighting style created by him.

The Webtoon is basically one fight, but it is worth it. The art style is beautiful, and the story is unpredictable. This Webtoon is a mixture of memes and Boxing. The author has inserted some clever references making this Boxing webtoon a great experience. 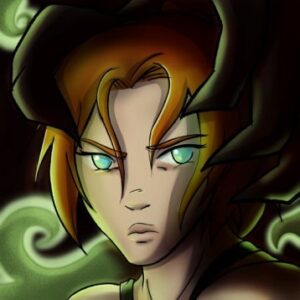 This Webtoon is currently on Canvas, but it is on its way to becoming an original. The story revolves around a girl named Judy who recently lost her loved one. She is a great fighter and has to go up against a Catgirl who is possessed by an evil spirit.

We are able to see that Judy is able to see ghosts. Both good and evil spirits. Judy, while practicing in her ring, comes across the Ghost of her partner, who tells her not to give up on her love for Boxing and warns her about the evil spirit that has taken over the catgirl.

The art and the fight scenes are amazing. Adding ghosts into the boxing ring is an interesting concept. Look forward to this Boxing webtoon.

4) Girls Of The Wild 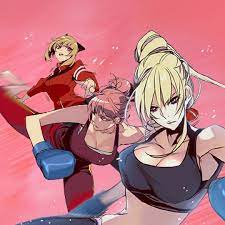 Song Jae Gu is a high school student trying to get his life together, but life never goes easy on him. He gets a scholarship from Wild High School. It is a co-ed school, but Jae is the only guy there. Life stabs him again when on his first day of school, he ends up spilling coffee on the Queen of the Ring.

Jae Gu is surrounded by girls who are ready to pounce on him. His shy nature stops him from talking back to these girls. He soon gets to know about the boxing tournaments and how the ring is more like a battlefield. Jae Gu decides to get stronger and survive school just so he can graduate.

At the beginning of the Webtoon, it seems like a harem, but it is more than that. The characters with their backstories give a deeper meaning to this Webtoon. Reading Jae’s life knocking him down every time, but he refuses to give up truly inspires you making it a great Boxing webtoon.

3) Green Boy: Shouting to you 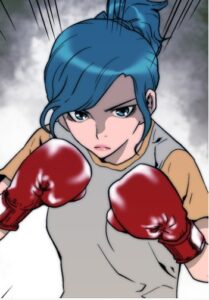 This Webtoon is a blend of Romance and Boxing. A strong female lead named, Jae-in is chasing her passion for Boxing. She is a tsundere who thinks nothing is more important than her goal, but then she meets a soft boy named Tae-Jin.

He is shy and a big geek; he falls for her after seeing her passion. At first, she acts mean toward him and pushes him away, but we all know that is the first move from the top 101 tsundere moves.

They share the same passion and goal of becoming great boxing champions. Despite having tough lives, they push themselves toward their goal.

The story proceeds with them falling for each other, but we are hit by a love triangle. Keeping the romance aside, the boxing element is very well portrayed. The art is amazing, and it makes the fighting scenes more enjoyable. This one deserves better, as it is a pretty underrated webtoon for its story. 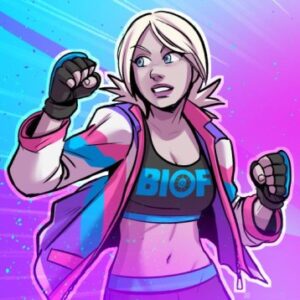 Punch Drunk is the Best Boxing Webtoon. If you are looking for a webtoon that empowers women and differently able people, then this is the one. This Webtoon focuses on a lady named Nina.

She is a trained fighter with a prosthetic hand and is training hard. Things take a turn when she meets Rhys. He is a boxer but keeps goofing around and breaking the laws in tournaments.

He helps Nina get into her dream boxing club and meet her idol. The message this Webtoon renders is beautiful, The art is well drawn, and the story talks about matters deeper than what they tend to look like. 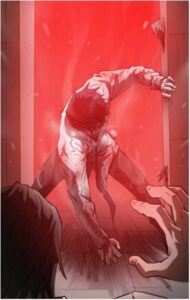 The vibe of this Webtoon is a combination of Boxer and Solo Leveling. Kang Haneul living a depressed life and getting bullied every day, begins to hate his life.

This miserable life turns him into an outcast. Life does not stop at pulling him down, and he comes across a cruel fate. His best friend becomes a victim of these bullies. He decides to become a man of extreme strength.

Kang, from that day, dedicates his life to training and planning on avenging his friend. I will not spoil this high-potential Webtoon for you and leave it up to you to read and find out who becomes his master and how he avenges his friend.

All we know is he is on his way to turning into a beast who will tear apart anyone who tries to harm his loved ones.

With this, we reach the end of the Top 6 Best Boxing Webtoons like The Boxer (2022) list. If you are looking for something that has more than Boxing, I will suggest Green boy: Shouting for you. It has amazing boxing elements, but it is more than that.

If you are looking for A strong protagonist who is ready to destroy what caused the pain, then go for Ultimate Outcast. We hope you enjoy reading these Boxing webtoons along with The Boxer.